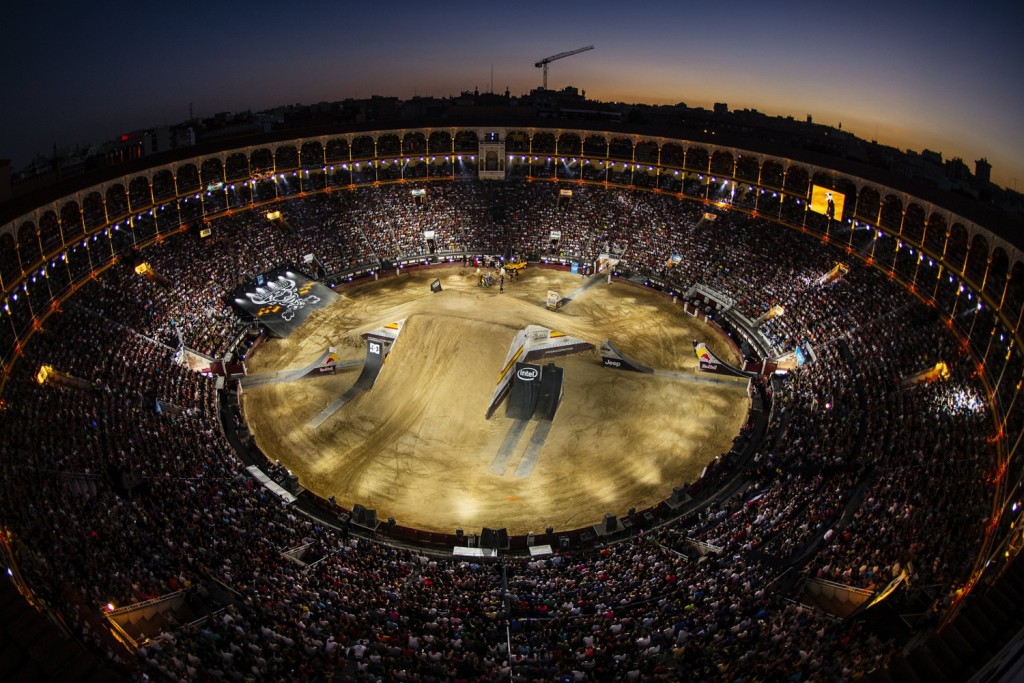 Madrid has been synonymous with FMX innovation for the past 15 years and last Friday night was no different: The world’s best FMX riders gathered in Madrid for the 15th time to celebrate the Red Bull X-Fighters anniversary and once again push the sport to the next level. 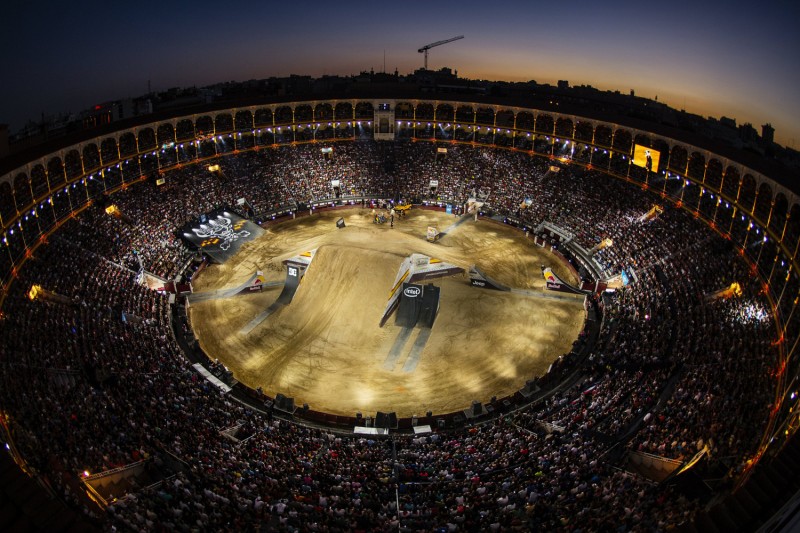 If you ask Dany Torres, the legendary Spanish rider with seven career Red Bull X-Fighters wins, which has been his favorite moment in freestyle motocross, he’ll say quickly with wide eyes and without missing a beat, “My first time in Madrid in 2004!” Torres has won what is widely considered to be the most important FMX event twice in front of packed crowds of more than 20,000, in 2009 and 2011. 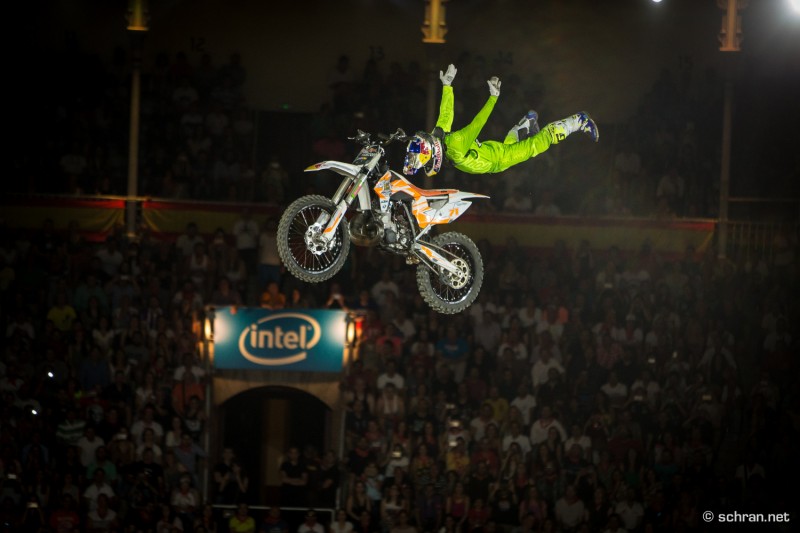 Those wins were indeed special moments for him and his adoring and enthusiastic Spanish fans. Friday’s event was his record-breaking 12th time competing in Madrid, which celebrated its 15th anniversary. “All the FMX riders from around the world want to come here to do their biggest tricks,” said Torres during a break in training for Friday’s event. “The first time I was here in 2004 was so special for me. It was always my dream and then I was here riding against the greats like Travis Pastrana, Nate Adams and Ronnie Renner. It was really, really special. The crowd is always so amazing. We’re all so psyched up to ride here, it’s unbelievable.”

Torres’ description of the special appeal of Madrid was echoed in the pit lane ahead of Friday’s one-off Red Bull X-Fighters extravaganza where 12 riders went all-out for glory in front of one of the most frenzied and knowledgeable FMX crowds anywhere around the globe.

Levi Sherwood, who holds the record for the most victories at the Red Bull X-Fighters events, won the Madrid edition in 2012, before Tom Pagès took over and would win the three following years. The New Zealander’s bag of tricks is one of the biggest in the scene, but Sherwood knew that the innovative Frenchman is very hard to beat with a handful of tricks in his pocket that only he can perform. 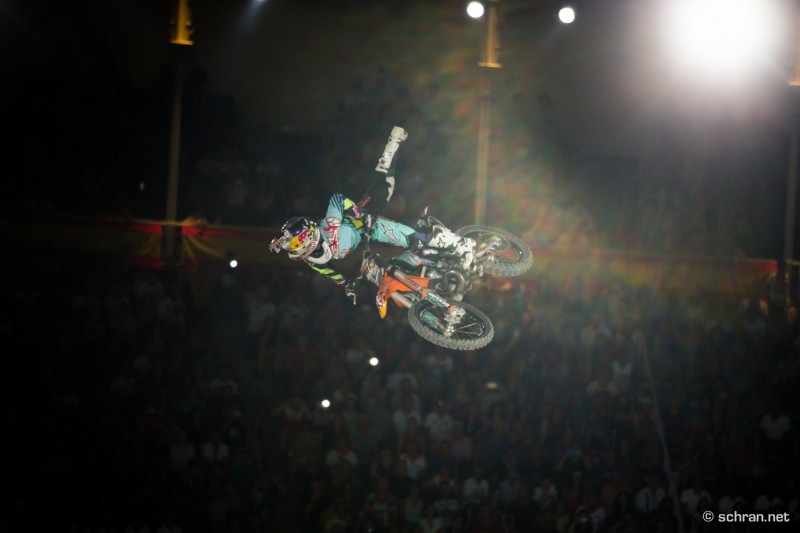 On top of these unique tricks, Pagès demonstrated during practise that he had a brand new quarterpipe trick called the “Frontflip Flair”, yet another trick that had never been performed in competition before. The decision to allow a mechanical ramp on the track that Pagès required in order to complete his new trick was quite contentious in the rider pit, but after a vote – which was as tight as the Brexit – it remained in place on the track as a symbol of innovation in Las Ventas, even if only one guy could please the crowd with it. The fans loved it and the decision was in their favor at the end. After a strong third place for Levi Sherwood in the qualifying event on Thursday (in which the overwhelming favorite Pagès crashed hard) the odds seemed to be in favor of the charismatic New Zealander. Nobody knew how much of a beating Tom had taken from his crash (or the one in earlier practise), but everyone expected him to bust out the ride of his life, despite any injuries he may have sustained.

The semifinal battle between Pagès and Sherwood was the head-to-head that everyone was waiting for, and although Sherwood performed a handful of the biggest tricks you can do on a motorcycle in his run, with extra-long extension and classic Sherwood style, it was not enough to beat Pagès. Levi is now looking forward to the summer of 2017 and the 16th edition of the Grand Slam of FMX in the Spanish capital where he will get the chance to fight for the crown of Las Ventas once again. 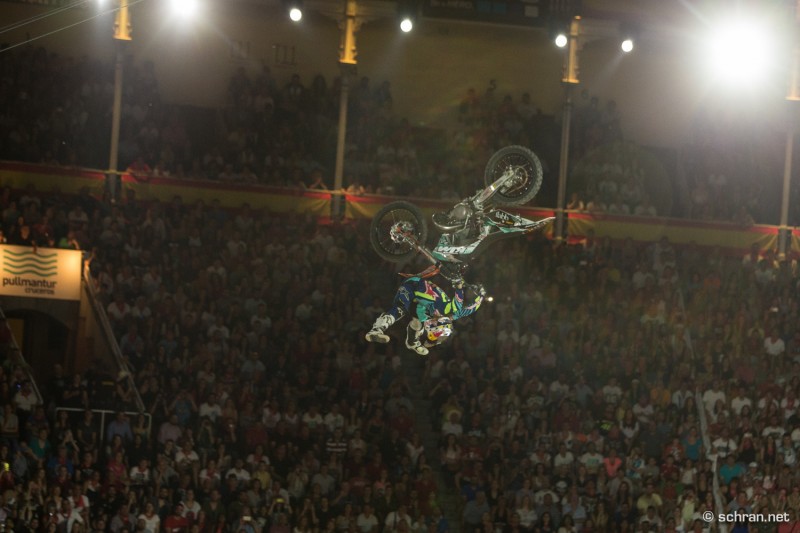 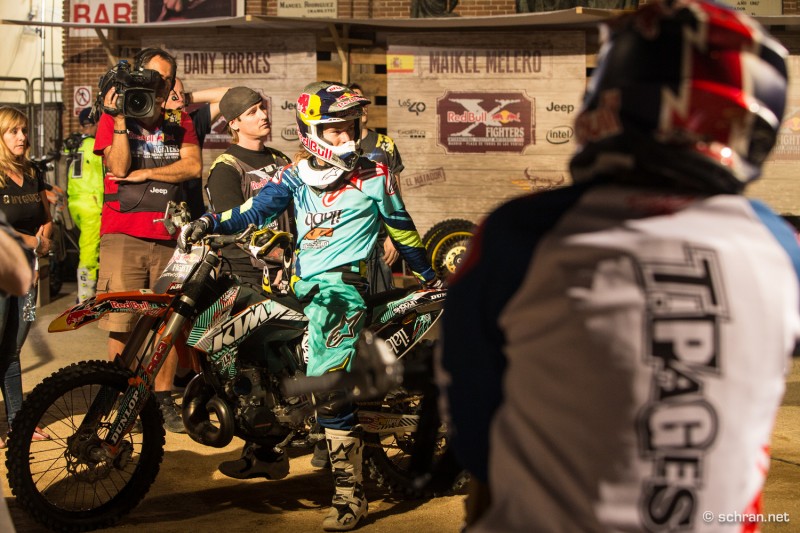 Levi Sherwood and Tom Pagès in the pit before the semifinal

Find out more about the event on redbullxfighters.com