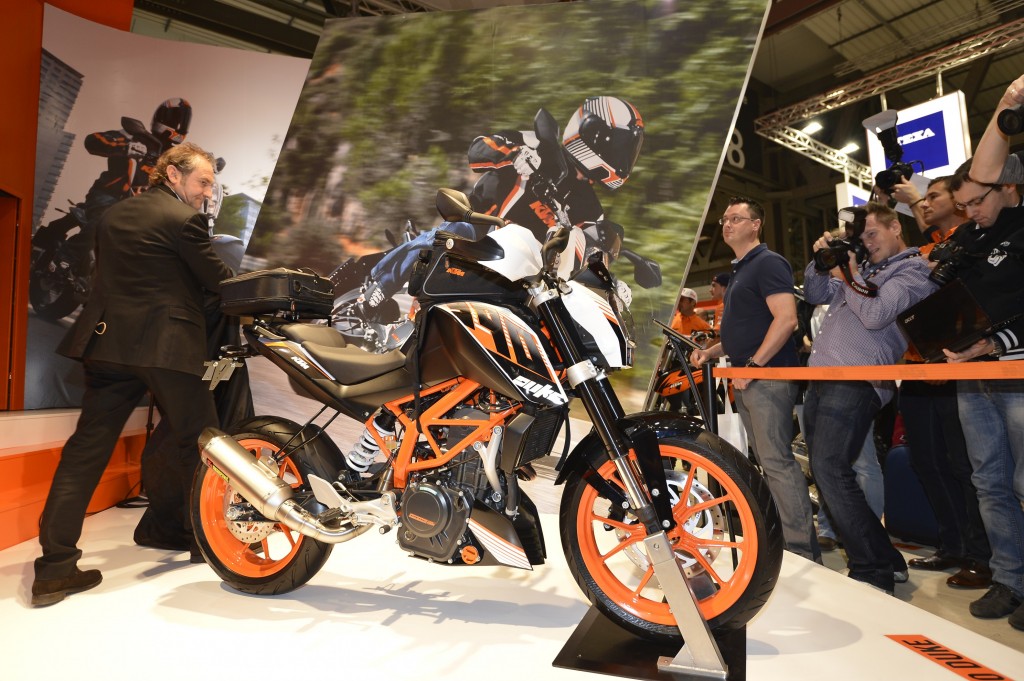 Lowdown on the 390: The whys and the wherefores

KTM amplified their Super Duke line-up with the unveiling of the 390 and 1290 in Milan. We’ve already seen the pics and heard about the machines but here KTM executive Hubert Trunkenpolz explains a little bit more about the genesis of the 390 and its reason for being… 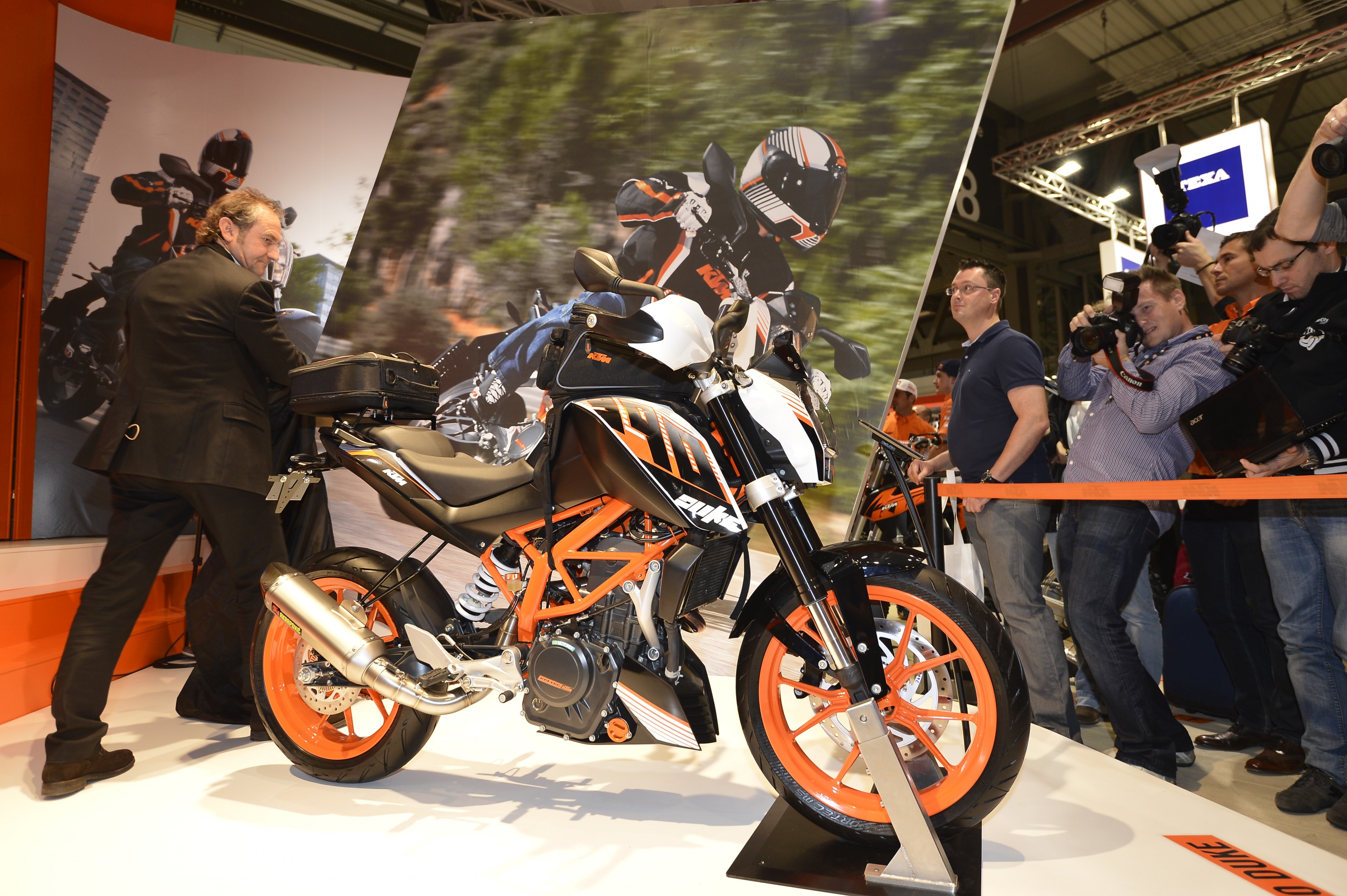 Can you understand why people might look at the 390 and think ‘another Super Duke?!’? What was the goal with this one?
We felt that there was something missing in between the 125 and the 690 and if you see the performance of these two bikes then it is obvious there is a gap. The biggest drive for developing this motorcycle was an attempt to change consumer behaviour. People are more interested now in smaller displacements and urban mobility, and commuting has become more of a priority. Not everybody wants to use a scooter. There are other ways to get from A to B and avoid traffic. For this type of KTM customer I think the 390 Duke is the perfect choice.

Why would a rider opt for a 390 and not just plump for the 690?
It is lighter and easier to manoeuvre, it has less fuel consumption and in many countries the restrictions on riding licences favour 400cc displacements. It is easier to get on the road with a bike like this. We need to make motorcycling accessible because there are already enough barriers and obstacles from authorities and regulations. We need to fight against that and this is our answer.

With five (soon to be six) models the Super Duke has become a motorcycles that caters to pretty much every person and taste…
I think a brand like KTM has to showcase what our engineers are able to do and the Super Duke is nothing else but a statement. With the 1290 you can see the weight, power, electronics…it is something formidable.

With the 200 and the 1290 also going on was it hard to push the 390 through?
We are pretty happy that the KTM board are all petrolheads! When Gerald Kiska showed us the concept [for the 390] we were delighted. We had to postpone production for around two years because the financial crisis obviously had an impact on KTM as well, but the 390 never died, it was always there. It was just a matter of when to let the brakes off.

It is really something quite different…a bike for everyone it seems…
Absolutely and if you look at the price then it is an affordable KTM. We have really high expectations of the bike.

The price – under 5000 euros – is extremely competitive. How was it possible to do that?
Well we changed our business model and we have utilised our partnership with Bajaj. At the end of the day I think our engineers are very professional to be able to build a high performance concept for a bike. On the other hand we know when we industrialise it we have to meet a certain price or it will not sell. If you take a look at the markets in Europe, particularly in the south, there is a tremendous downturn. To come out with new bikes that start at 8 or 9000 euros retail price is the wrong answer to the crisis. We had to change our business model and the 390 is a great example of how we are moving with the conditions.

In 2012 it looks like KTM is being proactive and adventurous with their output. It must be good to stand back and see the range across a stand like you had at the EICMA show…
It is a pleasure to work for this company but also we feel an obligation to motorcyclists around the world because they might rely on us to deliver something that they need. Our marketing, R&D and sales guys really have their eyes on the market and are riders themselves. We feel close to the community and we listen to what people say. So far I think we have met some of the hopes and demands of our customers.

What do you ride?
I have a 990 Super Duke and I cannot wait to get a 1290. I’m not really one for long distances but I love getting the bike out at the weekend for short laps with some friends.