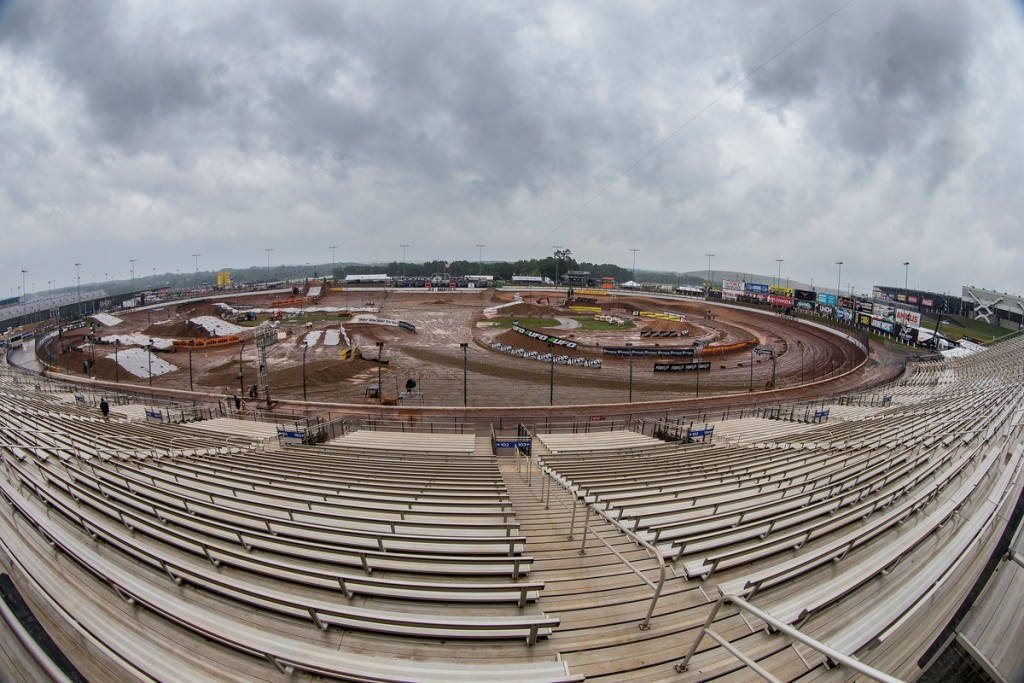 What goes into making an MXGP meeting (besides a large budget)? We talked with the man behind the recent Grand Prix of Americas at the Charlotte Motor Speedway for some insight. 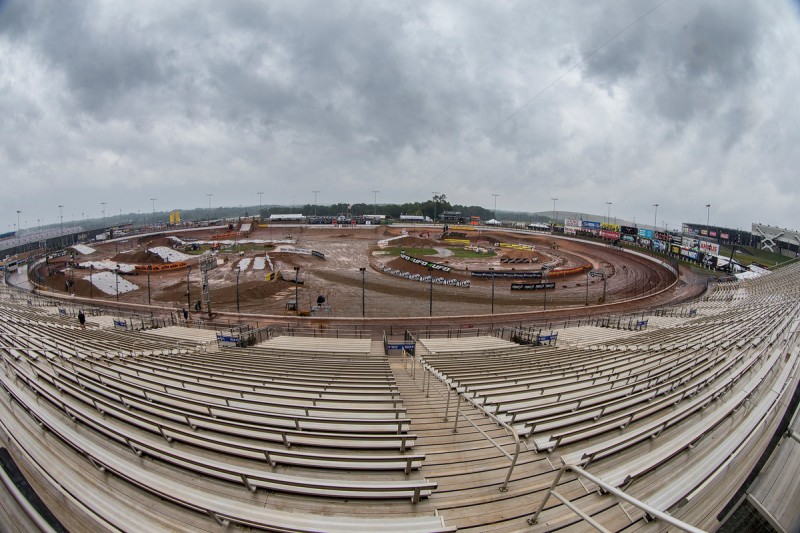 A motocross track is a very organic thing. It can be created in a relatively short time frame from natural topography and the importation of extra earth to fashion the jumps and obstacles to sculpt the most challenging 1650m (FIM regs) course possible. During a race meeting it reacts to weather, wear and use. It’s not unusual for the technical demands of a layout to alter even during the motos. It has to be maintained and groomed by watering systems, heavy machinery and a skilled eye. A modern MXGP Grand Prix needs so much more than a trajectory: many amenities and infrastructure to house teams, riders, TV production, spectator comforts, media. It has to cope with traffic and a multitude of fans and visitors. It is a 72 hour hub for a travelling circus of trucks, campers, bikes and other vehicles.

Unsurprisingly there is a diverse range of locations that make up the FIM Motocross World Championship. Modernity from the permanent motorsport facility at Losail in Qatar to old-style tradition like Teutschenthal (where GPs were held in the old pre-unification Germany back in the 1970s) and new experimentation like the recent Grand Prix of the Americas at Charlotte Motor Speedway that dropped motocross into the dirt track arena at a huge facility normally associated with NASCAR. One of the oddest examples since the start of the century was ‘Park Extreme’ that hosted the 2002 Grand Prix of Russia. The quarry setting had been excavated with the soil used to form a nearby ski slope and the resulting ‘hole’ made for a primitive circuit but a well-received track. Grand Prix did not return.

There are a wealth of great motocross places in the world that never see a Grand Prix simply because the venue needs to cater for so many services and to reach world championship standard. As president of a motor club, owner of a circuit or a passionate (some might say hopeful) entrepreneur the first ingredient in wanting to stage a Grand Prix is the site. A large investment in the necessary upgrades, a sanctioning fee to bring MXGP to town, marketing, local police and government assistance and then running costs for staff, setup (fencing, security, waste, clean-up) means sums have to be made with diligence. It is no surprise that a great deal of Grands Prix are possible mainly through the presence of sponsors or the financial and logistical support of councils and regions looking for promotion and tourism, a fine case being the Grand Prix of Trentino in Italy. ‘Where?’ you might say …

Simply chucking money at event organization is no guarantee of success. Clubs and organizations need to know how to meld the multitude of components involved like traffic planning, environment repercussions, parking, bad weather contingencies, communications (internet) and medical setup to name but a few. A large budget helps but this drastically hits potential profit margins and places any long-term ambitions in the balance. A conservative estimate would put the figure deep into six-figure territory for a first timer. 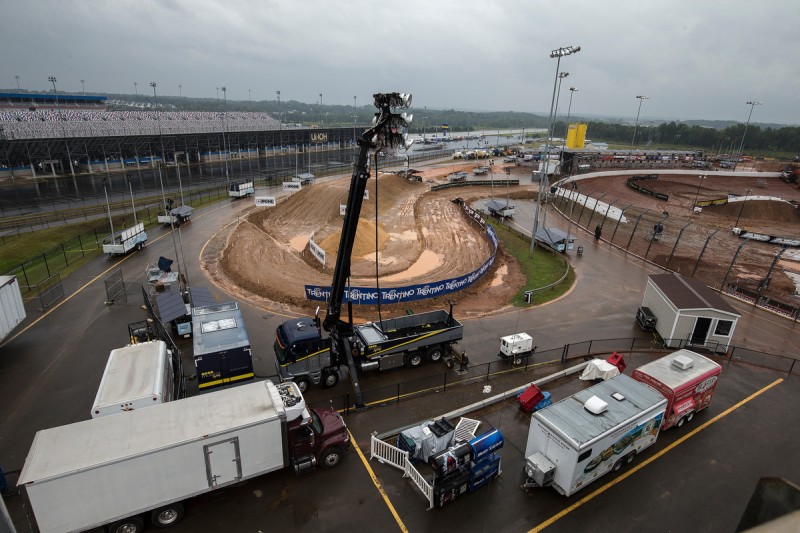 “You have to be sensible and smart and put the numbers together,” says Doug Cremer, Vice President of Events at Charlotte Motor Speedway; the North Carolina venue staged its very first motocross meeting and fixture of MXGP at the beginning of September. “We are a family company but we are also a public one on the New York stock exchange so we have to be careful and smart about what we are doing. We wanted motocross and went to Maggiora [Grand Prix of Italy] and just fell in love with what we saw. We could feel the passion and thought ‘how can we bottle that and take it to America?” It was a race almost two years in the making.

“We wanted a successful and sustainable event … you have to start somewhere. You start crunching numbers and working out deal points and what makes sense for you and also your partners. It has to work for everyone.”

‘CMS’ have the advantage of a well-oiled and resourceful complex accustomed to staging motorsport – NASCAR and drag racing – vastly bigger than MXGP … but the crew there were still novices where it came to motocross and building the course that required 27,000 tons of dirt and a fleet of half-a-dozen machines to finalize. 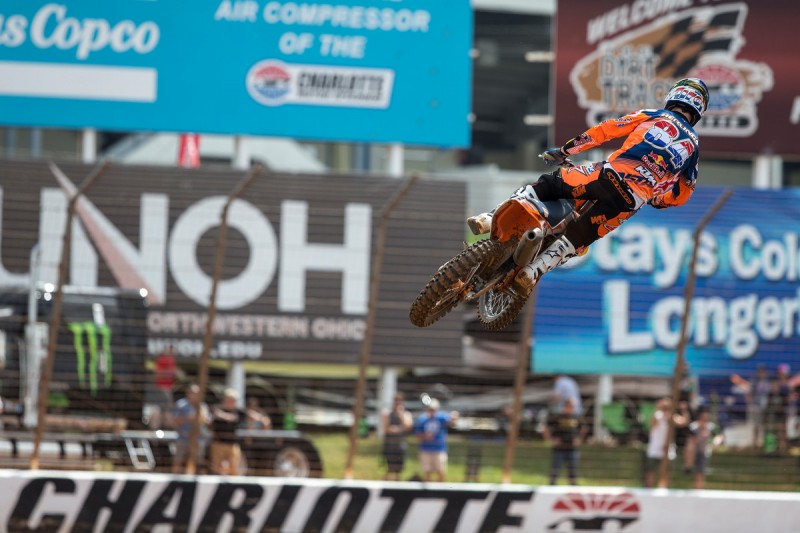 How did Doug and his team get an idea of what to do in terms of setup? “We base it off some of our other events of similar sizes,” he reveals. “We have a large dirt track event here at the end of the year called World Outlaws World Finals which is a 20,000-person-a-day event; one of the largest [dirt track events] in the United States. We use that like a model to know what concessions we need.”

“Then you have to add in track-building costs and staff and equipment and that is where Eric [Peronnard, revered event organizer and promoter] came in and you pull it all together,” he adds. “We go from a template and then add all the pieces we need for this event. We do this quite often.”

Take Maggiora, the initial inspiration for Charlotte Motor Speedway to want to pursue MXGP. Owners of the ‘Park’ (it has been vastly regenerated in the last four years to house mountain bike, stunt bicycle and e-bike courses) Italians Paolo Schneider and Stefano Avandero welcomed Grand Prix back in 2013 and are now readying for the considerably bigger Motocross of Nations this month. “The managing team is around thirty people,” Schneider says. “From MXGP to the Motocross of Nations a big change is in the people involved around the paddock, logistics, catering, commercial – which is around 5-600 – and that number almost doubles. It’s impressive.”

The seventeenth round of eighteen this year initially saw every promoter’s worst nightmare: torrential rain. The nearby presence of hurricane Hermine caused cancellation of practice and qualification at the Charlotte Motor Speedway and some hurried and superb track salvation was required for what was eventually a dry and hot race day. “The weather is out of our control,” says Cremer. “So we have to make the best of it. We cannot change it but we can be prepared for it.” 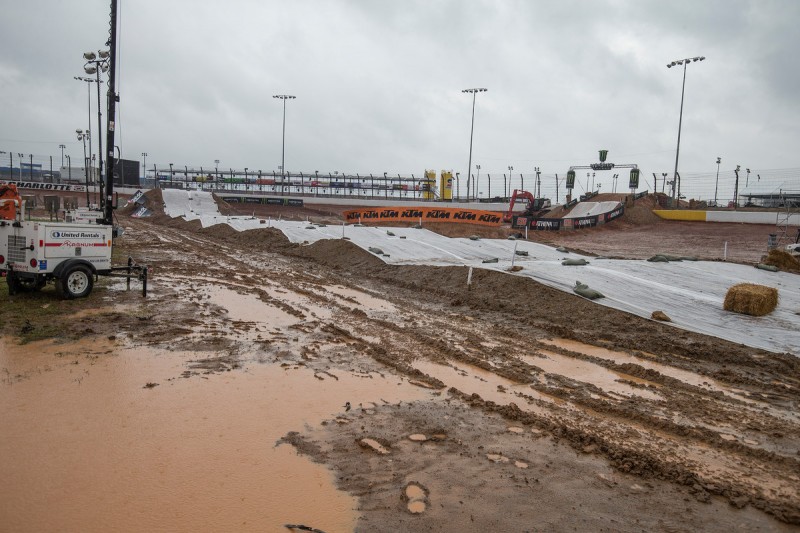 Preparation. Is there a stronger virtue for making top-flight motorsport events an enjoyable – and prosperous – reality?

47 Responses to Making a Grand Prix