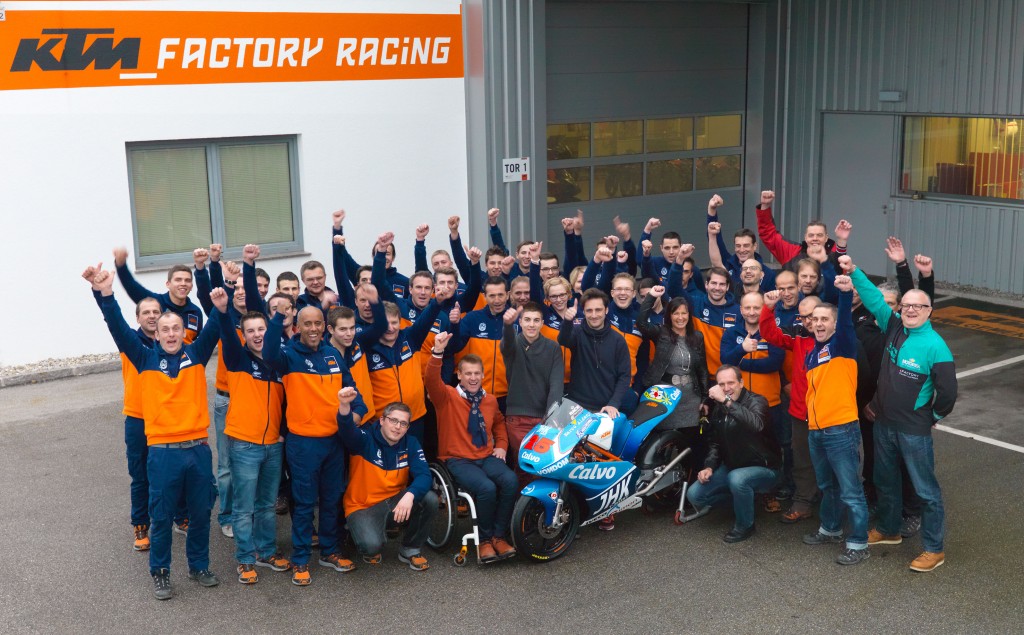 A few days ago the Moto3 World Champion came to Austria for the first time to visit the KTM motorsports department in Munderfing. After lunch and a photoshoot with the entire team there was enough time to toast the Moto3 titles (rider & manufacturer) and to present some gifts to the young Spaniard, who will step up to Moto2 next season and venture onwards with his career. 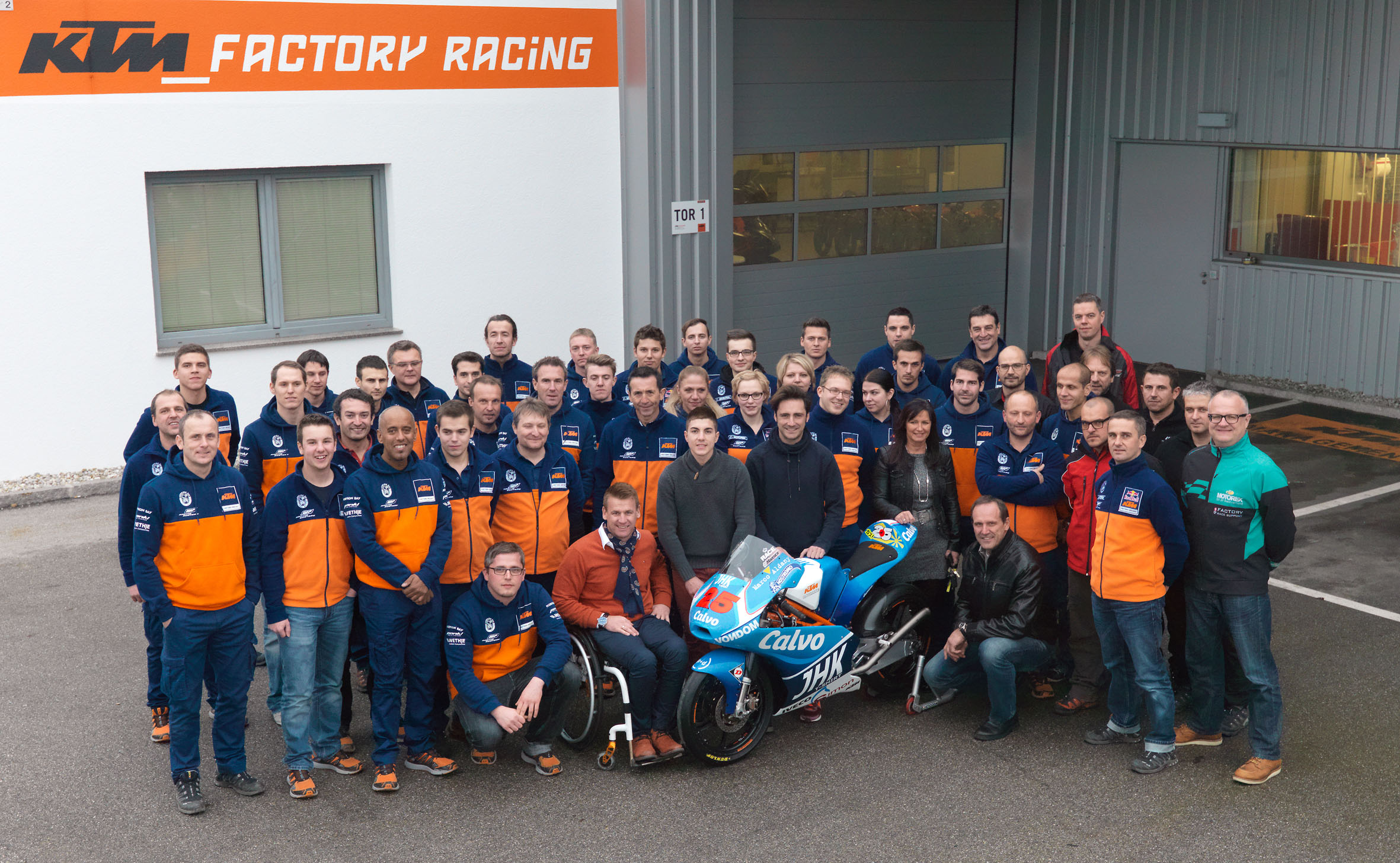 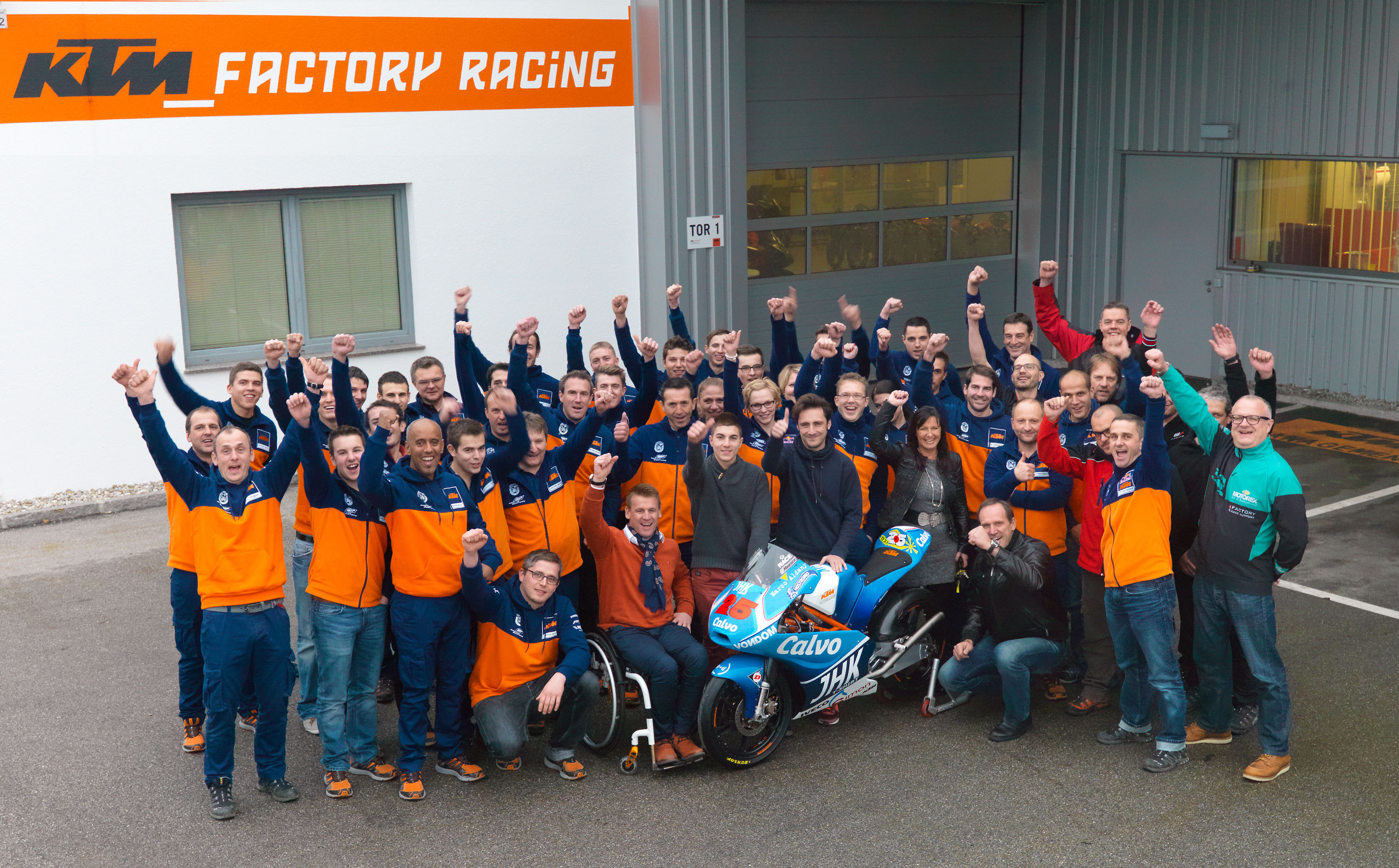 Was the Moto3 KTM your first taste of ‘Orange’?
“No it wasn’t my first bike. When I was younger I had a 65cc mini motocrosser and later on I often rode KTM enduro and supermoto bikes for training.”

What do you think is the biggest difference between the ’13 championship bike, the four-stroke Honda you rode in 2012 and the two-stroke Aprilia you had in your first year in MotoGP?
“The biggest difference is that the KTM was fast across the board right from the first lap. In the corners, while accelerating, on the straight and while braking – it is a true racing bike.”

“The biggest difference is that the KTM bike was across-the-board fast right from the first lap – a true racing bike.”

Is it true that you are named after a character from the film ‘Top Gun’?
“Yes, that’s true. I´ve seen the film quite a few times.”

Who spawned your enthusiasm for motorcycle racing?
“It was my family, especially my cousins. We were always riding bikes in our spare time and somewhere and somehow it became serious. As with most young riders I started with off-road riding before I switched to asphalt and rode the Spanish 125cc Championship. I then claimed a place in the World Championship.”

Why do you compete with the number 25?
“There is no special reason. But I´ve always been a great fan of Iván Cervantes [former Enduro World Champion], maybe that’s why … and I think Marvin Musquin also rides with the 25.” 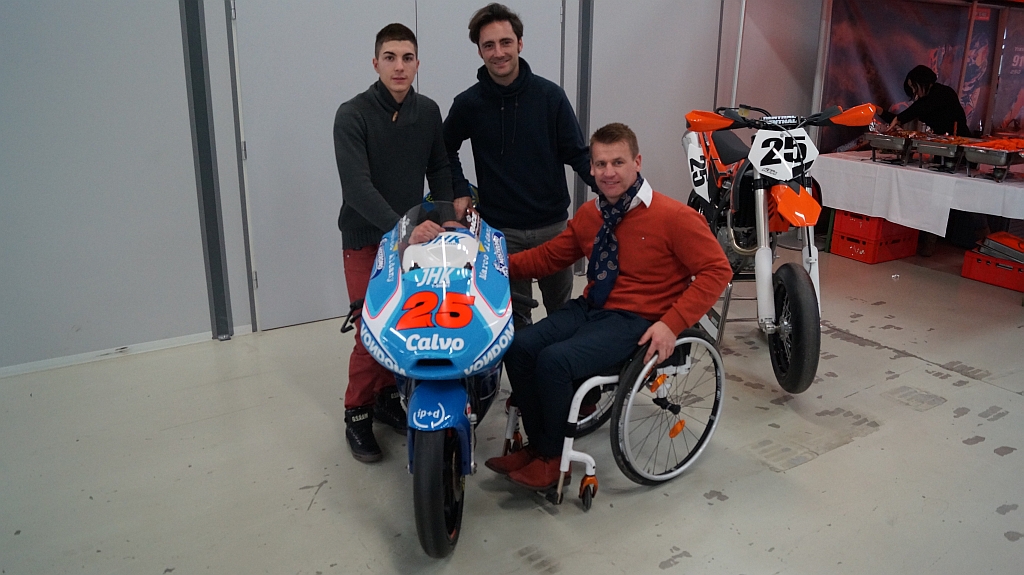 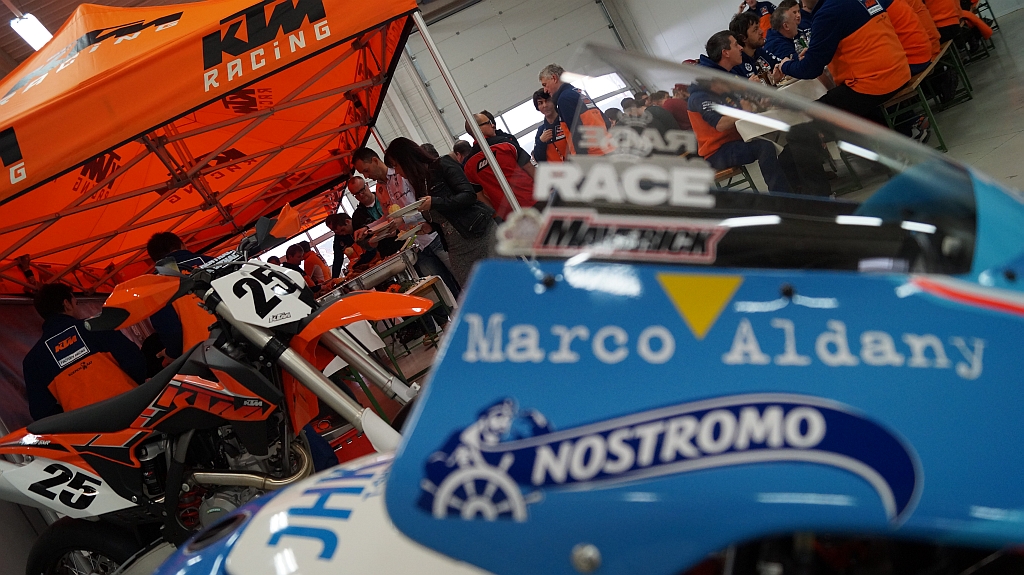 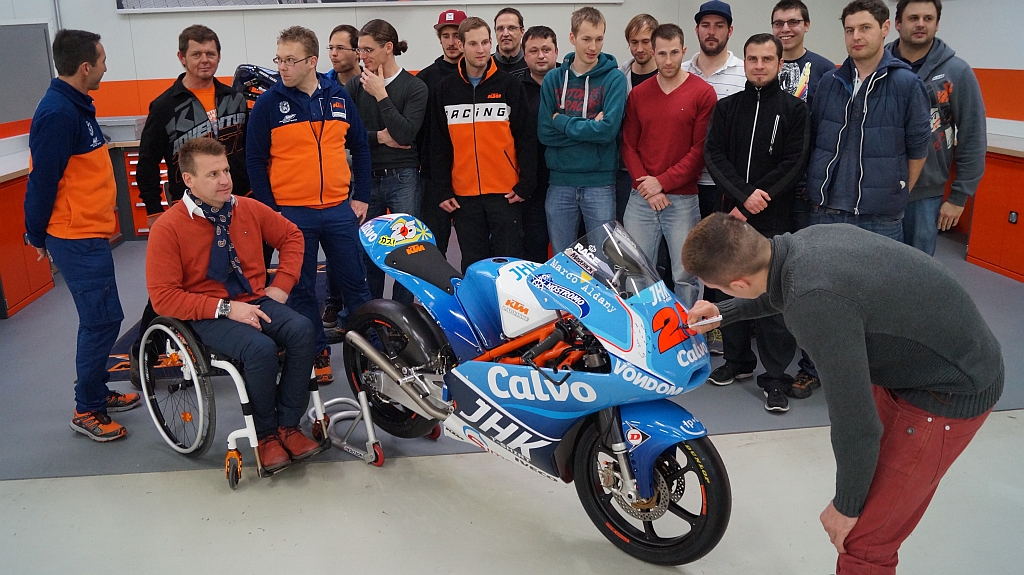 What do you get up to when not sitting on a bike?
“Actually that’s an extremely rare scenario. Most of the time I spend training; Running, cycling or working in the gym … basically the standard programme.”

You count more than 79,000 Facebook fans and more than 100,000 Twitter followers. Most of your posts end with “GAS!”. Explain…
“Somehow everybody has a slogan, it’s just my trademark. Full throttle on the race track but also training, in leisure time and in everyday life.”

How do you like Austria and KTM?
“Actually it’s my first visit to Austria and to KTM. To be honest, I thought KTM would be much bigger. Therefore I’m now all the more impressed, how the factory and the whole team performs throughout the year.”

“Actually it’s my first visit to Austria and to KTM. To be honest, I thought KTM would be much bigger. Therefore I’m now all the more impressed, how the factory and the whole team performs throughout the year.”

Finally: Who do you think will be the 2014 Moto3 World Champion?
“I really hope my cousin, Isaac Viñales, but he’s currently searching for a suitable team. I think the next world champion will again be a KTM rider, maybe Miller or Antonelli, or Kent on the Husqvarna. But Rins and Marquez are not to be under-estimated; it depends a lot on how strong their new factory bike will be.”