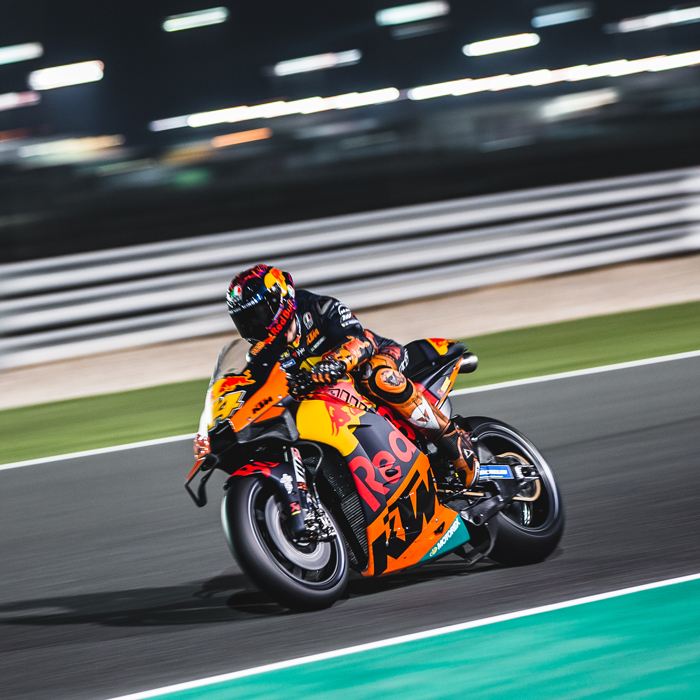 MOTOGP™️ IN LOCKDOWN! THE ESSENTIAL QUESTIONS

What about the bikes, the re-organization, a skeleton crew for closed-doors GPs, the lack of testing, the future? KTM’s MotoGP™️ Technical Co-ordinator Sebastian Risse tackles some of the big current question marks over the sport.

While the clock ticks down towards news of 2020 MotoGP™️ the Red Bull KTM race teams have been left in limbo due to the absence of a calendar and a routine that normally steers much of their lives and energy. The RC16s were in freight boxes and untouchable for over two months; the machines were last used at the Qatar test at the end of February. To gain more insight into how the crew handles the break, negotiates homologation, what it thinks about behind-closed-doors Grands Prix (as well as deal with the technical ‘freeze’ that will affect areas of development up until 2022) we called Sebastian to tackle some issues… 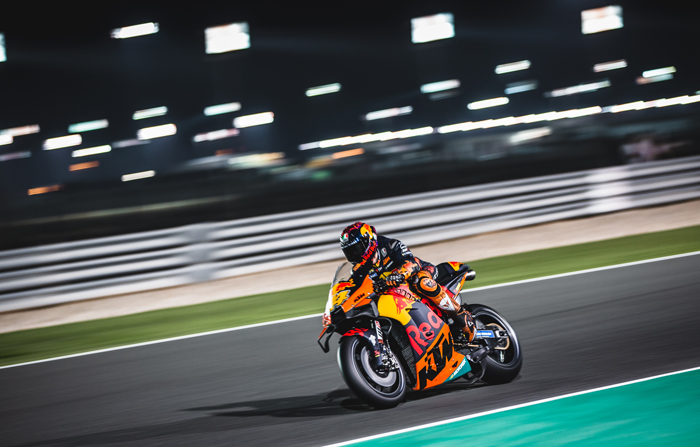 The KTM RC16 was last in action at the Losail International Circuit (Qatar) for a test in February.
PC: Polarity Photo

When this material is in transit for a long time there is humidity that can damage some parts. For sure you take as many take precautions as possible but those still only work for two-three weeks – the normal time the bikes are in the crates – so it has been a very long time and we need to fix this. We need to take the parts out of the boxes, clean them and check for humidity and oxidization. It’s not about the durability of the parts but engine oxidation. Normally we have some special material – a silicone base that soaks up the humidity in the box – and when this is full then you start to have trouble. In a normal environment the parts would last forever but the precautions for a different environment only has a certain lifespan. 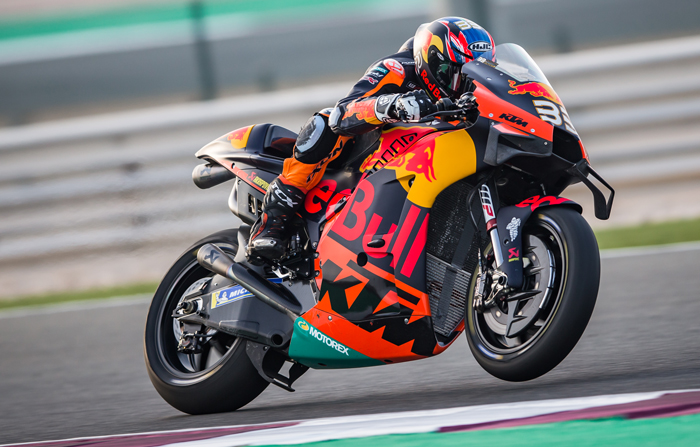 After the Qatar test the season has been on hold due to Covid-19 – the team has been without the bikes, but Risse explains this is not a problem. PC: Polarity Photo

On being without the bikes after the last test…

From this point of view there was not such a big drama. We did not have any big technical problems at the test that needed to be analysed at home. If there had been then we would have shipped this material separately when the problem occurred, so the components would have been in another transport. We have been mainly working on the data that we had on laptops and for this we also have synchronization with the factory, so the data is already shared on the computers where it needs to be. The trouble comes when you want to react to any findings because it means working on hardware on the bikes or something in the workshop. Like many companies KTM has been quite limited with what it can do in terms of manpower, work-time and access to the workshop. After Qatar was cancelled we had work ‘on the table’ and side-projects that we were able to address: Those side projects became ‘main’ projects for many on the race team. 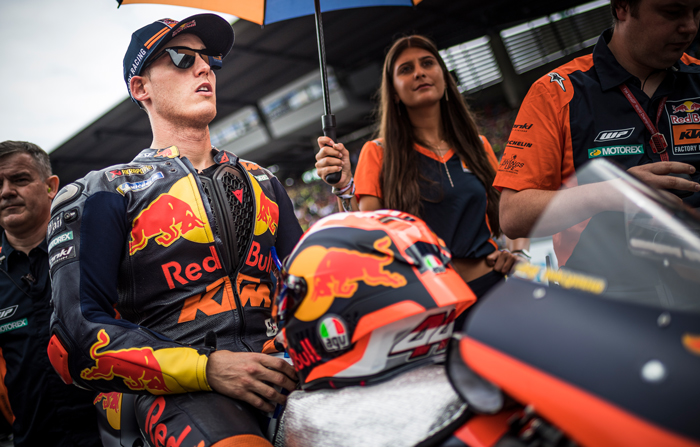 KTM is waiting eagerly to find out when the team will be back on the MotoGP™️ grid (currently plans are being made for races in July) and to ensure everything is READY TO RACE. PC: Philip Platzer

On the time frame to be (very) READY TO RACE…

The first job is sorting the material. If we can get the bikes cleaned and ready then the trucks are already packed – as we had already anticipated that the next races would be European based – and this could all be organized short-term, especially if people can travel. Our truck drivers are spread around Europe, so if they cannot get here then you need another way to move the trucks to a track and that could affect organization and delays. But otherwise I think we can react quickly. 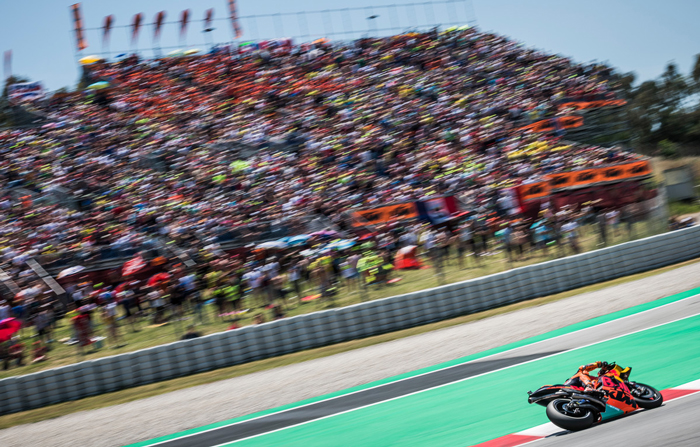 A closed-door Grand Prix would mean crowds like this in Catalunya, Spain 2019 will have to watch from home, but racing can get underway. PC: Philip Platzer

Many things are possible! Any change in the structure and our normal racing day means all the procedures that have been run with the group and the people around it have to change also, and that’s a challenge but also one that we will take and we’ll manage. Everybody else will have to deal with it, so it becomes like a competition: Whoever will approach it in the best way and gets the job done in the best way under the set conditions will be winning…or going forward at least. Racing, and being efficient, is often about focussing on the most important points at hand. There is always more to do – if you have the time – and this is the same thing but on a different level. 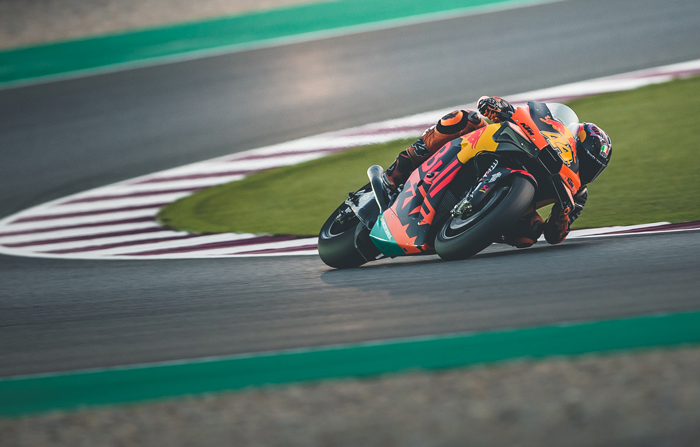 There is a technical development freeze on the main aspects of the bike spec until 2021 to help contain costs due to the coronavirus. PC: Polarity Photo

On the process of homologation for 2020…

It is normally all documented but we also show the parts to the MotoGP™️ technical crew that we wish to homologate so they see them physically as well. The need for reference documents means that the procedure was already digital, so that was easy and not much different to usual. What was different is that, as a concession team, there are some things we don’t usually have to homologate but now we did because we agreed to ‘fix’ them [for 2021 also]. On the engine side we didn’t do digitally, instead we sent a sample engine so they can compare it to any engine submitted. 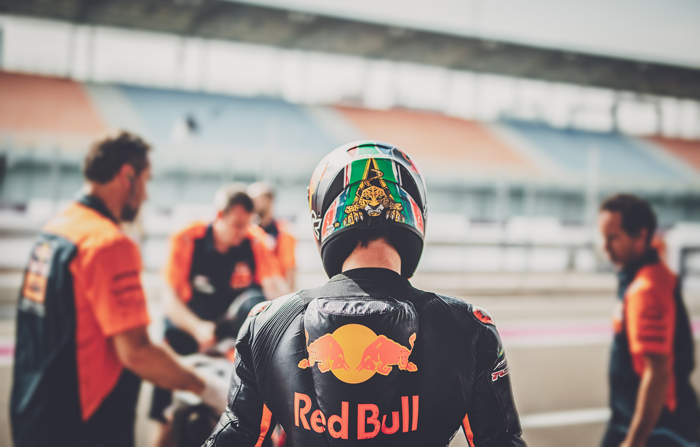 Brad Binder is looking forward to getting back to the action aboard his KTM RC16.
PC: Polarity Photo

As an engineer you always want to go forward, try many things and try to improve but at the same time make the most of the given resources. It’s not clear at the moment what resources there will be. There is a commitment to racing of course and everybody will do their best to be competitive but we’ll have to wait and see the details to understand the circumstances. To a degree there is always pressure. For example, let’s look at the engine. Of course, we are constantly developing and the engine we wanted to use this season is different to last year’s. Over the winter we tried our best and we did a good job in finding the right spec. We didn’t face any technical problems that gave us a headache – but – it hasn’t been raced yet! So, if this engine, which is for this year and also the start of 2021, has a technical problem then you are in trouble. But – at the moment – what can we do? We know what we know about this package and if it had a known weak point then we would have addressed it. Unfortunately, there is no way around homologation, so you have to make the best of something. We have done race simulations during the tests and we have been in critical conditions, like the heat in Malaysia, and we’ve been at demanding tracks. We can also reproduce this on the dyno: we do endurance runs before we even get to the track. It means in theory – combined with the tests – you have done everything to make sure it works…reality can occasionally be different though! You can get a surprise sometimes! You cannot simulate that. Based on what we know it is fine and we are confident because we also didn’t have many big dramas in the last couple of years. You just have to hope that something you never thought or imagine doesn’t hit you! 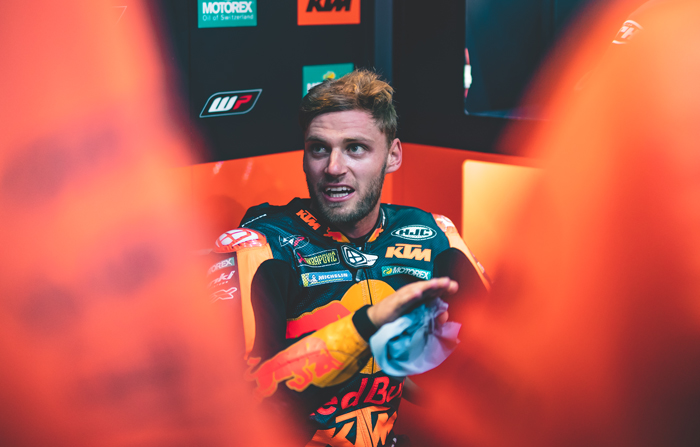 It is always a matter of resources. For example, if you explore the ‘grey zone’ around the rules then you have to do all the work and somehow keep it the ‘right’ side of legal. Then fight other competitors in the technical meetings and discussions as well as the officials. You need to have the resources behind you to do it and then maybe you have to throw it away. As we are new to MotoGP™️ we have many areas in which we can invest resources and be sure that we are investing wisely – so ideas that are comfortably inside the rules and don’t have to be thrown away. It makes more sense to focus on those instead of something that is ‘50-50’ or it’s allowed for some races but then banned. If we are working on something that nobody else has then our strategy is to speak with the MotoGP™️ technical officials sooner rather than later and get their advice so that we don’t get any last minute ‘no’s’. 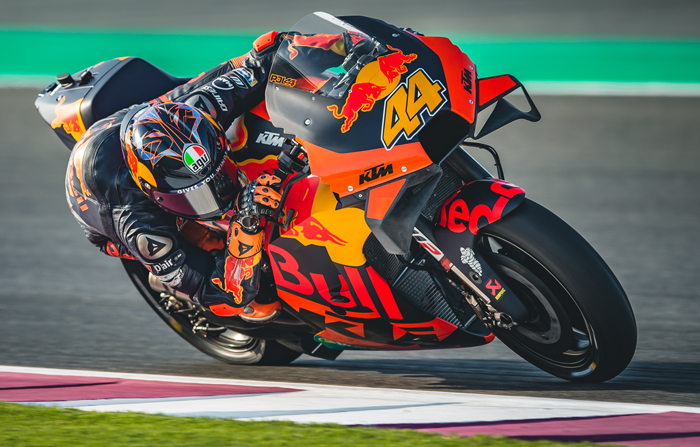 Pol Espargaró and the Red Bull KTM Factory Racing team are well-prepared for the season when it begins after successful tests earlier this year. PC: Polarity Photo

96 Responses to MOTOGP™️ IN LOCKDOWN! THE ESSENTIAL QUESTIONS