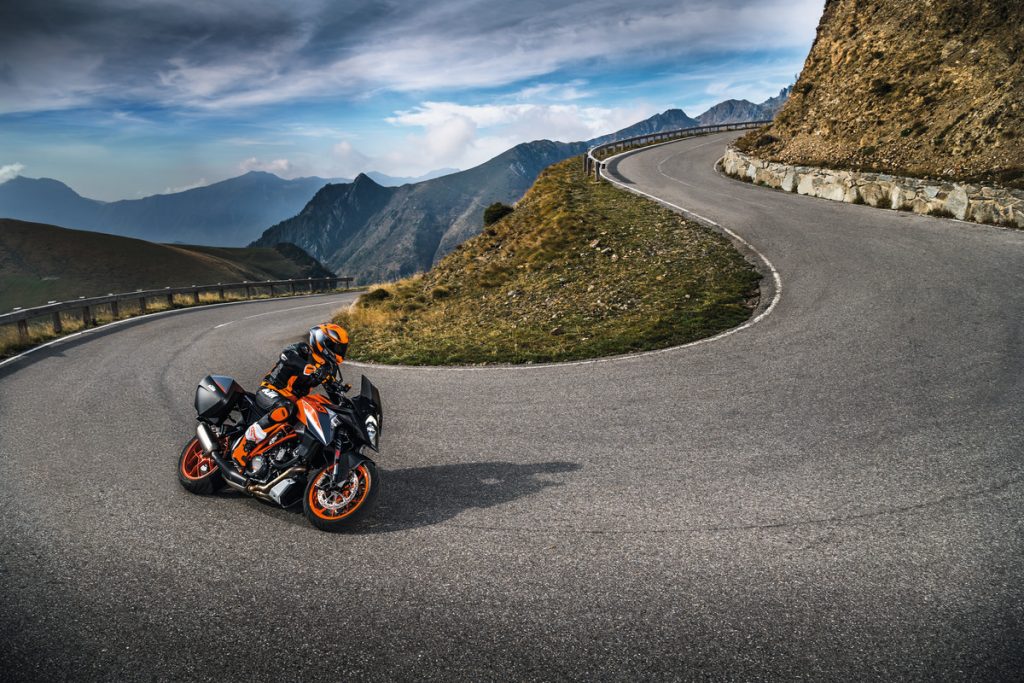 High performance motorcycles on the road have never been safer thanks to systems like KTM & Bosch’s motorcycle stability control (MSC). Nicholas Goddard tries to find the limits of the new frontier of ABS and traction control. Since the invention of motorcycles, riders have pushed them to their limits and engineers have gradually improved the various parts of the bike in order for the former to keep happening. It’s all about finding a new mark to continually over-step …

At first, the engines were the limiting factor. Until the Brough Superior was released in 1925, the most powerful production motorcycles had all produced less than 30 bhp. Overnight, the Brough brought an incredible 50% more performance. As engines improved, stronger brakes were necessary, then better tires, and then more sophisticated suspension. When the engines again got stronger, this cycle started over. Then, with the advent of motorcycle ABS in 1998, computers came to help out with the dynamics, not just behind the scenes with engine management systems.

Since 2014, the top-performing motorcycles have also had inertial measurement units (IMU) which allowed the development and implementation of cornering ABS. This game-changing system for two-wheel safety made its debut with the KTM 1190 ADVENTURE and KTM 1190 ADVENTURE R, developed in conjunction with Bosch and is called motorcycle stability control, or MSC.

In contrast to monstrous brakes or a stonking engine – both very obvious on the first twist of the throttle or firm squeeze of a brake lever – the IMU’s endless behind-the-scenes measurement remain completely unnoticed on a conservative ride. On such a ride, the safety systems the IMU informs are only likely to intervene during panic-braking (though they may turn on cornering-lights at night to illuminate the inside of a corner when the bike is leaned over). The bike won’t otherwise be sufficiently close to the limits of the tires (or, in the case of wheelie – or stoppie – control, the limits of physics) to trigger the systems.

In aggressive riding, the many systems that make up MSC – cornering ABS, traction control, wheelie control, rear wheel lift control and, on some bikes, cornering lights – more frequently step onto the stage in order to resolve or to moderate situations that could degenerate. During nearly 1000 km on a KTM 1290 SUPER DUKE GT, I felt the MSC intervene dozens and dozens of times. Here’s a list of examples of non-panic, every day, brisk-riding scenarios where you can feel the magic of MSC as the bike responds instantaneously to the IMU’s live acceleration data and the measurements from the bike’s wheel-speed sensors. 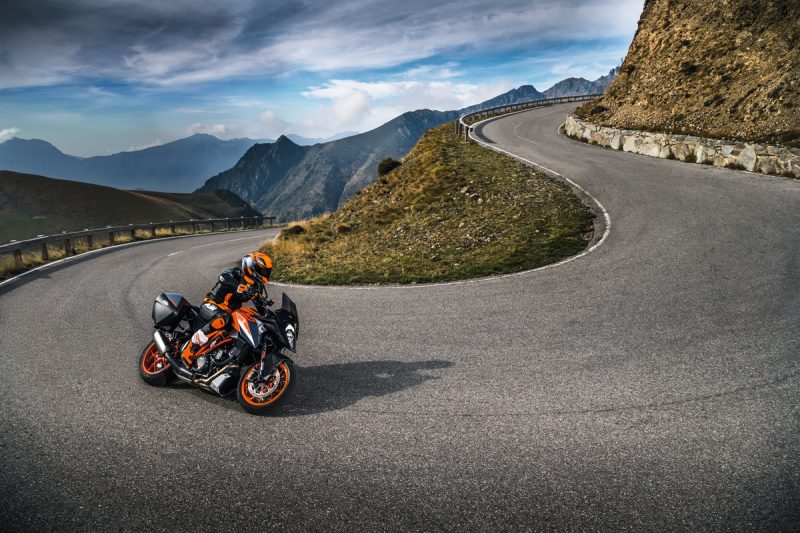 Wheelie control
I first noticed an intervention from the MSC while riding on an open, undulating straight section of mountain road. As I came onto the straight and accelerated hard, I expected the front wheel to come off the ground over the first crest. I kept the throttle steady and the wheel did indeed rise into the air, but then it paused and gently came back down. It was the same story on the crests that followed. The sensation was at first unnerving. Once I trusted the system, it was possible to concentrate on the road – rather than the throttle – while accelerating as fast as possible; allowing me to enjoy the incredible performance of the KTM 1290 SUPER DUKE GT without fear of landing on my back with it on top of me … 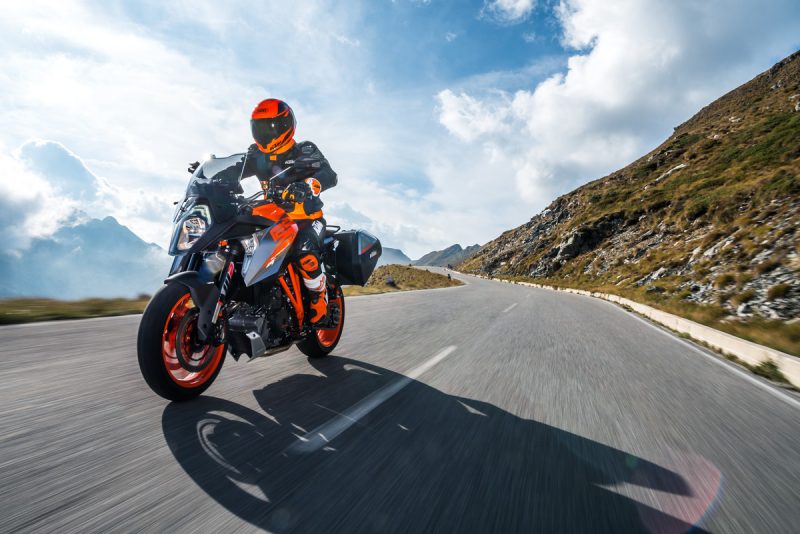 Traction control
On one winding stretch of road, damp patches lingered where trees had shaded the road from a drying sun after a mid-day rain. With the KTM 1290 SUPER DUKE GT in ‘Street’ ride mode – providing an eager 170 hp at the request of my right wrist – I came through one damp corner and accelerated too aggressively. The back of the bike stepped sideways slightly, but a fraction of a second later the MSC detected the slip and gently cut the power to the rear wheel. As the bike stood up, I twisted the throttle, accelerated onto a dry patch of road and the front wheel lifted into the air. The MSC had stopped the rear wheel from slipping then, almost immediately after, allowed the front wheel to rise slightly as I accelerated off toward the next corner. All in the blink of an eye. 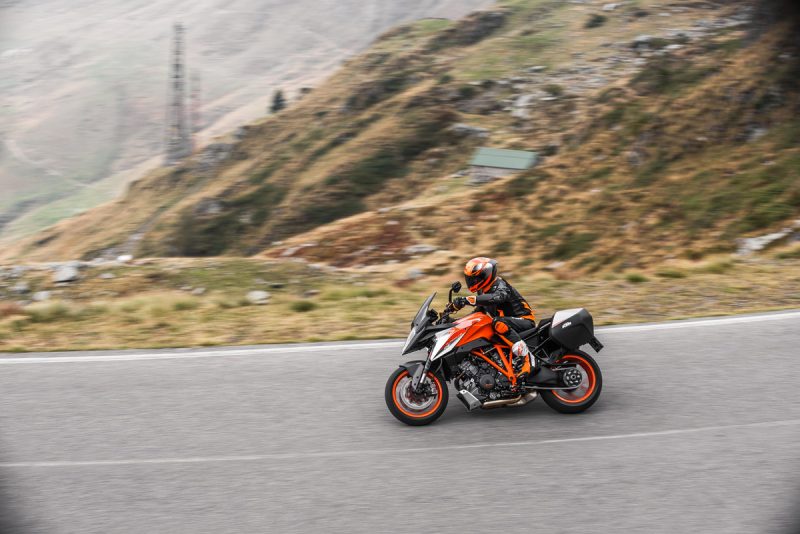 Panic braking
In a fast-road situation, a rider on a conventional, non-MSC–equipped bike must not only estimate the amount of grip available, but also constantly calibrate themselves to leave a reasonable margin of safety in the event a panic-braking situation forces them to brake as hard as the conditions allow. The more talented and experienced they are, the smaller the margin of safety can be.

On an MSC-equipped bike, the situation is different. In a panic braking scenario, MSC can tell the ABS module how far the bike is leaned over which in turn tells the advanced ABS module to keep or redistribute it between the front and rear brakes if necessary. Thus aided, the rider can be sure to take advantage of all the grip that’s available on any given trajectory – even mid-corner. The rider’s mental workload is reduced significantly, and so are his stopping distances. The result is increased safety, increased speed and the confidence instilled with such a system.

During regular braking – even if only using the front brake – the braking system (if equipped with a 9.1ME system) keeps a slight pressure on the rear brake to sense rear wheel lift more quickly. In the wet
Unfortunately but yet fortunately, I had the chance to ride the KTM 1290 SUPER DUKE GT in full rain conditions. Riding a motorcycle in the wet is always tricky. Gentle control inputs might not lead to a skid, but looming large in the back of a rider’s mind is just how much he can accelerate or brake without creating a precarious situation.

On a wet city road, a braking path might include a manhole cover, some uneven pavement, and slippery paint. Rather than continually adjusting brake lever pressure during a panic stop, a rider on an IMU-equipped bike can let the system determine how much braking the contact patches can handle at each point during the braking path.

If the braking demand at the lever exceeds the available grip from the contact patch, MSC modulates braking force to mirror the rider’s demand as closely as possible without locking the wheels – keeping the contact patch right on the limit of adhesion even if grip varies from one moment to the next.

Acceleration is a similar story, but this time it’s the traction control system modulating the engine’s output in order to reduce slip. When your bike is able to use all the grip and traction available, wet roads seem much grippier than before. 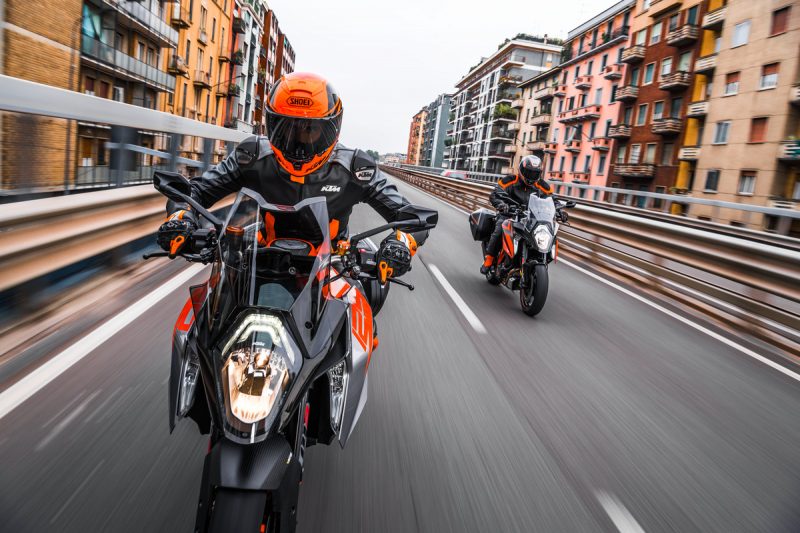 Braking mid-corner
Not that I didn’t trust the engineers from KTM, but I didn’t think it prudent to test the fabled cornering ABS capabilities of the MSC on public roads. Fortunately, a visit to Bosch’s testing center in Boxberg, Germany, produced such an opportunity in a controlled environment.

I had the chance to ride an MSC-equipped bike around a skidpan as fast as I dared, then grab the front brake as hard as I could. I’d expected that the system would magically find grip where I thought there’d been none. But there was no surprisingly strong braking as I grabbed the lever; instead, the ABS applied the brakes lightly and the bike slowed gently at first – there simply wasn’t much excess grip available with the bike fully leaned over. As I slowed and lateral acceleration diminished, the system would brake harder. If I stood the bike up, MSC would let me brake to the point of the rear wheel coming slightly off the ground. Try as I might, however, I couldn’t get the front wheel to slide under braking while fully leaned over. Incredible. 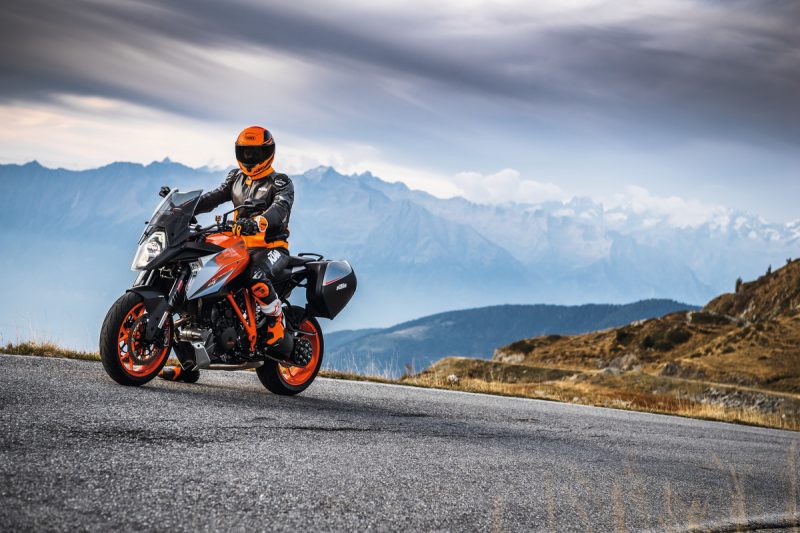 Final thoughts
Build confidence in MSC’s capabilities and your riding style will change. Rather than a constant obsession with how much grip is available and how you would handle a panic stop, you simply position the bike on the road, make a reasonable effort to put the tires on a grippy line and ride.

Even if I hadn’t occasionally explored the limits of the tires on my long ride, the system was constantly vigilant, ever-ready to intervene to help me around a totally unforeseen change in road conditions or a surprise obstacle.

The knowledge that the safety net is there to save you if you overstep the limit lets you ride closer to the limit. This frees up valuable mental real estate so you can focus on the road ahead.

A positive side-effect is peace of mind. If you’re riding in the rain with a passenger, you know you can brake very hard without losing control, and you won’t “under brake” and entangle yourself in a situation that could have been avoided. With this technology available, it’s getting harder and harder to justify riding a high-performance bike without it. 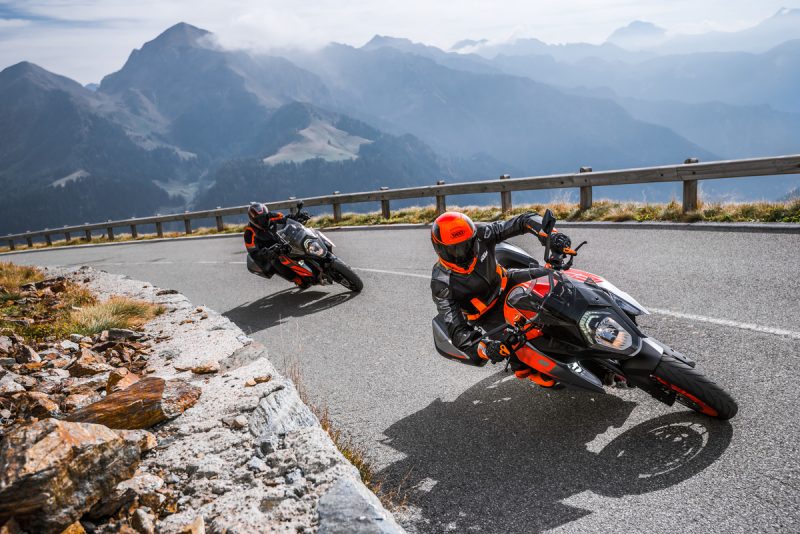