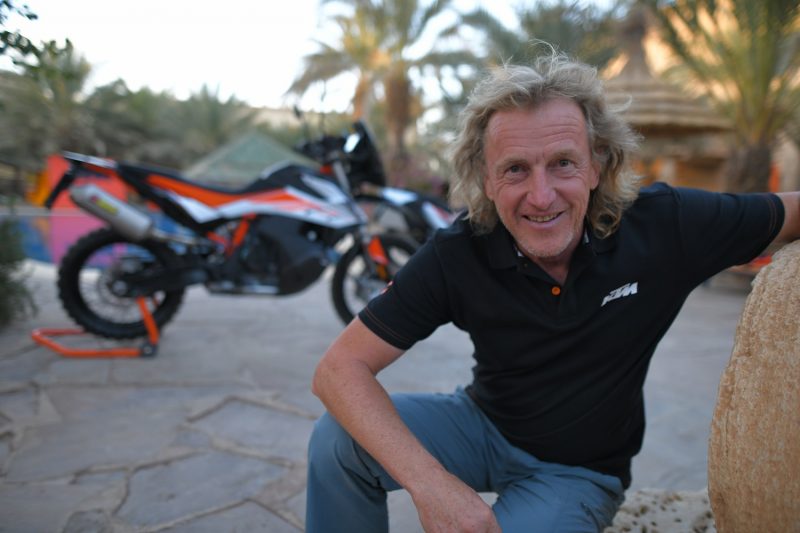 The right KTM ADVENTURE
Joe has ridden big miles on every single KTM to wear an ADVENTURE badge, beginning with the original KTM 640 ADVENTURE. Progression and development make every new version the enemy of the previous version, according to Joe. But after 19,000 km of varied roads and terrains on the KTM 790 ADVENTURE R, Joe has got to know the machine very well.

“What I like the most is the weight,” the Austrian says. “It really is low. I think when it is fully fueled it weighs the same as a 1090 or 1190 ADVENTURE when they are empty! And of course, it holds it fuel low down in the bike, which makes it feel even lighter. And that’s a huge advantage when it comes to hard riding conditions. Every kilogram is important.”

The character of the engine – not just the power but a thirst rate of 4-5 liters every 100 kms – aligned with the versatility of the electronics with the different ride modes is also a big plus factor for Joe when it comes to the KTM 790 ADVENTURE R.

“For example, when riding in sand, you take the traction control down or off. You can change the engine character; when things are getting really difficult on a rocky road with a passenger, it is a really good idea to go to Offroad mode and be smoother and easier to handle. Then when out in the open area, it is much more fun to switch to Street mode. These are nice things that makes you more comfortable on the bike.”

The wrong time
It would be unfair to call Joe lazy, but he places a lot of trust in his machines and leaves the maintaining to the essentials. Well, not even that. He overshot the recommended first service for the KTM 790 ADVENTURE R by a good few thousand kilometers and doesn’t even lube the chain.

“Usually I don’t see a lot of KTM dealers in these remote places! One time I only changed the oil after 23,000 kms! But in Morocco, the KTM mechanics changed the oil and chain at 19,000 kms. Also they added some fresh tires.”

The right stuff
“Ever since my second trip, I’ve never carried spare tires. With a puncture you can fix it and I’ve never had a tire so destroyed that I could not carry on. Tires are also very heavy, and you can get them nearly every place in the world. Especially If you use narrow rims (Joe uses the narrow KTM PowerParts wheels on his KTM 790 ADVENTURE R), you can always get something. Failing that, you can get tires sent to somewhere – carrying tires is useless.”

As well as tubes, Joe carries spare clutch and brake levers and a fuel pump, due to the varying quality of fuel on his travels. A second clutch cable is also fastened in position ready should the first one snap, another reason he prefers cable over a hydraulic system. He always carries a spare couple of chain links but has never had to repair a chain.

“You never get stuck with a broken chain as you can fix it,” Joe quips. “But with a broken shaft drive it will definitely stop the adventure. And I’ve seen some broken shaft drives at the side of the road. Honestly, I don’t carry chain lube so usually do nothing for it in 20,000 kms. I don’t oil it – on this trip the sand would have destroyed it. For a short trip is better to maintain with oil, but you can imagine how much lube I would need!”

Joe loves the huge variety included with a standard KTM tool box and only adds a few extra items to that kit, as well as tire levers and a small compressor to make a tube swap easier.

“I carry everything I need to do some small maintenance with. If you have a real problem like needing to open the engine or something crazy like that, you wouldn’t do it by yourself in the middle of nowhere! But an important thing is to take spares of all the torx screws on the bike – even the really big ones. If you’re somewhere in Africa, they don’t really use these. So, I make sure I have spares and the sockets to fit all of these.” 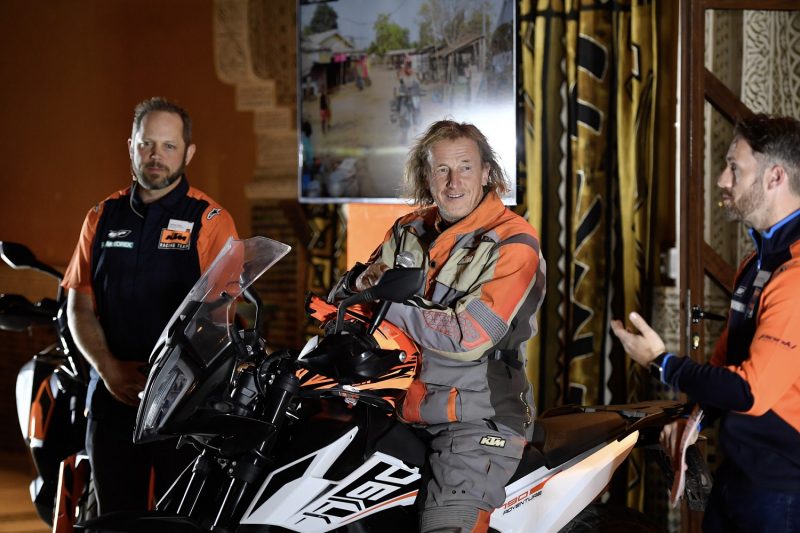 The right kit
When it comes to riding kit, Joe prefers the versatility of the KTM RALLY JACKET & PANTS and the freedom feeling and lightweight of the KTM AVIATOR 2.2 offroad helmet. His choice of footwear also wouldn’t look out of place on the MXGP start gate with the KTM TECH 10 BOOTS.

“I’ve met a lot of adventure riders and many are equipped with normal boots and not offroad ones,” Joe questions. “They always give the reason that they are not riding fast, but good boots really protect you. And we know you can crash when not riding fast.”

Aside from his riding kit, Joe tries to travel as light as possible due to the extra effort required with more weight on the bike and the effect on the suspension. His latest Africa trip included a luggage list of:

Usually there’s a stove, but there wasn’t the need on this trip. Joe explains: “In West Africa people are always cooking! And anywhere there are people, the people need to eat. So, you can always get food.”

This logic makes sense to us!

The right technology
There are some big mile adventurers that say you need a bike with as little technology on as possible, even without water cooling. As Joe explained how much he enjoys the different ride modes and electronics on the KTM 790 ADVENTURE, we asked him if he fears being so reliant on these rider aids or worries about too much tech.

“They don’t scare me!” Joe jokes. “I’ve had three bikes with air cooling and being in the sand is not a lot of fun when they are getting so hot! Water cooling is no problem. When I was young, I once said I would never ever buy a bike without an electric starter because if I was so old that I can’t kickstart it anymore, I won’t ride anymore! Then in the late eighties and early nineties the adventure bikes began to get electric starters and now of course you can’t buy one without it now.”

“But out on the road, if people have problems they are usually mechanical ones. If you have no traction control, Quickshifter or ABS because of a failure, you can still ride. That’s the important thing.”

Could you be like Joe? He followed his hobby and passion. Quit his job as an engineer and has been a full-time adventurer for many years. But don’t think he and his wife Renate aren’t hard workers – when not riding they are organizing tours across Germany, Austria and Switzerland where Joe entertains the audience with his original brand of talks. 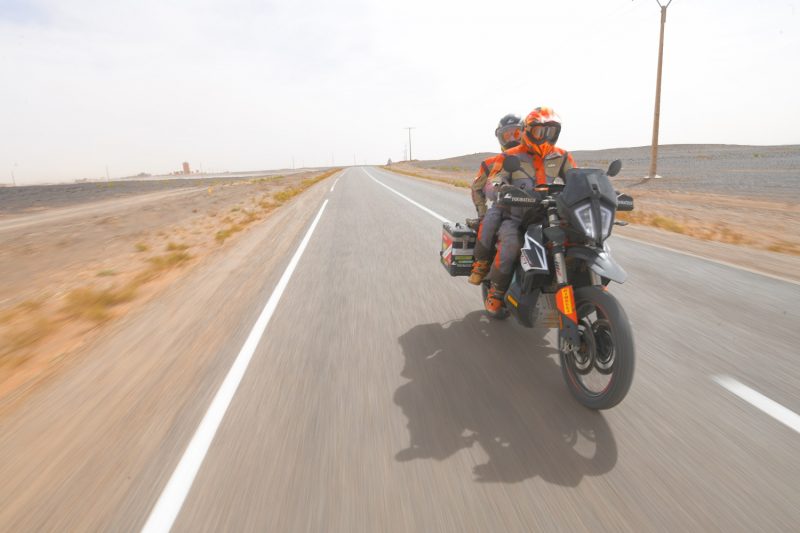 Joe is funny, charming and humble. A modern story teller and an inspiration. Follow his ADVENTURE and adventures at www.josef-pichler.at.