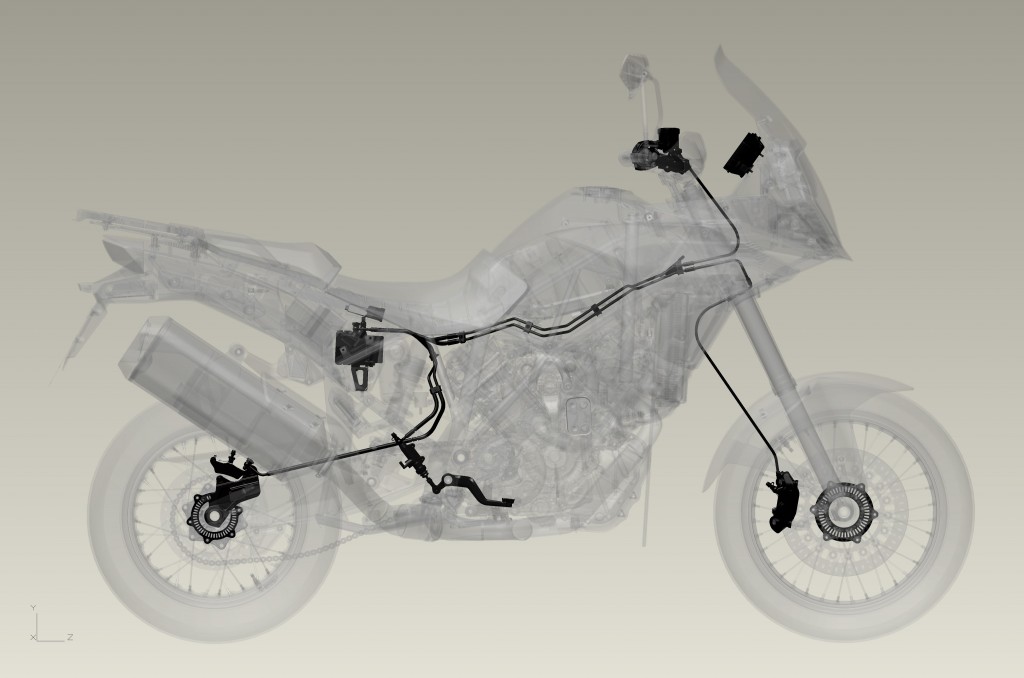 Anti-lock braking technology has been hovering around for quite a while in the motorcycle universe and has been a fixture at KTM since the 1190 Adventure. Now, however, the Orange boys have gone a bit further and have embedded an ingenious new stability control system that ensures even more safety ‘when the anchors are thrown’. Meet the MSC.

MSC stands for ‘Motorcycle Stability Control’ a fresh development wheeled out by German supplier Bosch for large capacity bikes, which will be first seen on the 2014 KTM 1190 Adventures. Buyers of the 2013 Adventure will also be able to benefit as MSC can be retro-fitted to these models.

Electronic aids such as traction control, brake force distribution and ABS already exist on the 1190 Adventure but MSC is based on an angle-and-tilt ‘philosophy’ to ensure that the rider is supported in ALL situations under braking. Not only during slowing down and acceleration in a straight line but also in corners while leant over. It is pretty much revolutionary. MSC also reduces the uplift when braking hard in corners to help keep a tighter line. The additional electronic control of brake distribution between the two wheels ensures that the braking forces are applied as smoothly as possible and the motorcycle is further stabilized.

As any rider knows heavy braking at a lean angle can lead to the loss of grip and ultimately cause a crash. MSC with its tilted ABS control recognizes this risk and reduces the maximum braking force. Sensors on the front and rear as well as a tilt sensor register wheel rotations, inclinations and pitch angles more than 100 times per second. Based on all sensor data and other parameters such as tyre size, tyre mould and sensor installation position, the MSC control unit calculates the tilt, pitch and angle and thus defines the physical limits of possible braking force.

MSC activates the pressure modulator in the hydraulic braking circuit of the front and rear wheel. So pressure is built up within fractions of a second, just enough brake force is thus applied as necessary before the locking limit. The system combines all available electronic driving aids on the bike in short MSC allows – to an extent and depending on speed, road grip and lean angle – to safely move along the narrow edge of adhesion while calculating the maximum braking force without exceeding it. 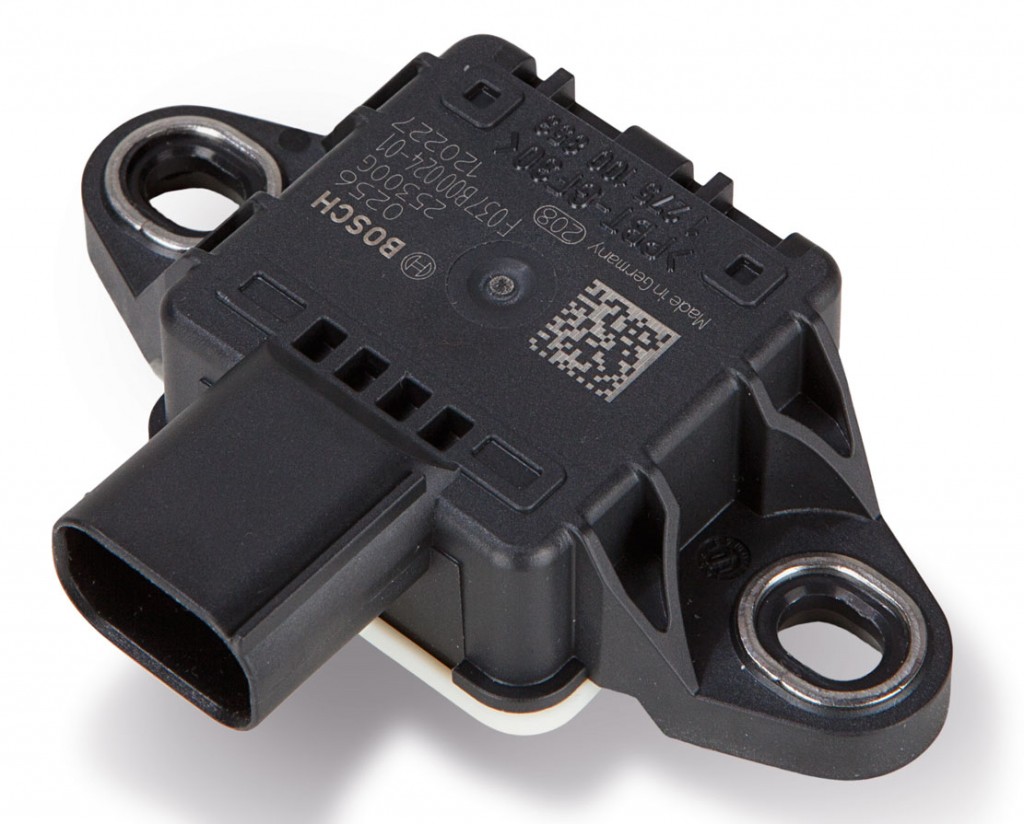 The MSC system cannot reverse the effects of gravity or force but it can be a life-saving means of assistance as the rider could have cause to get nearer to the limits of his machine. This week, KTM will present the new Cornering-ABS – ooops, the new MSC technology – at a media event at the state-of-the-art Bosch test track in Boxberg in Germany. Several dozen journalists from around the world will be the first to give their verdict on the innovation, which was previously thought impossible. This testing event promises to be extremely interesting and revelatory.

KTM Product Manager Joerg Schuller, who as a former test-editor of a motorcycle magazine has years of experience in this area, says: “I have ridden the 1190 Adventure with MSC during the development phase and it works incredibly well. At the same time it requires enormous will and courage to push yourself. Trying a conventional ABS is already special but daring to check out new braking limits at a bigger lean angle and doing things that you would never have tried before is very delicate and exciting, no matter what any technician tells you beforehand.”

So keep an eye out for opinions and thoughts via the usual media channels from the unveiling in Boxnerg and get ready to hear a lot more about MSC in the future…not only on the upcoming 2014 1190 Adventure.

381 Responses to MSC: Three letters for a technological revolution