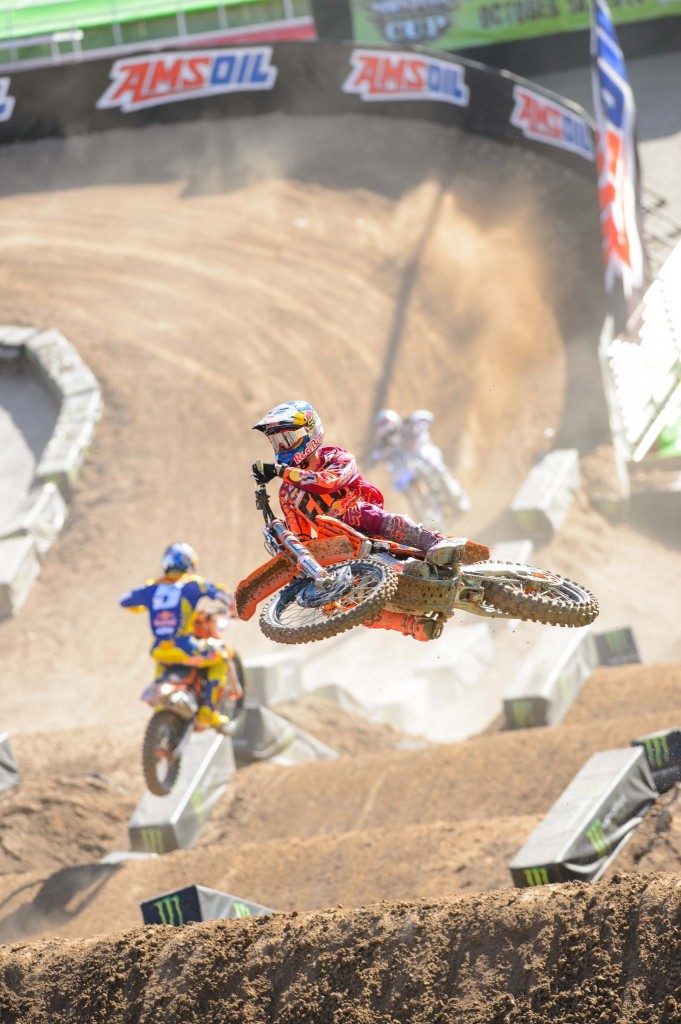 The Sam Boyd stadium is located in the heart of the party mecca of the United States and was the site of the third running of the Monster Energy Cup; an annual Supercross spectacle with a twist. 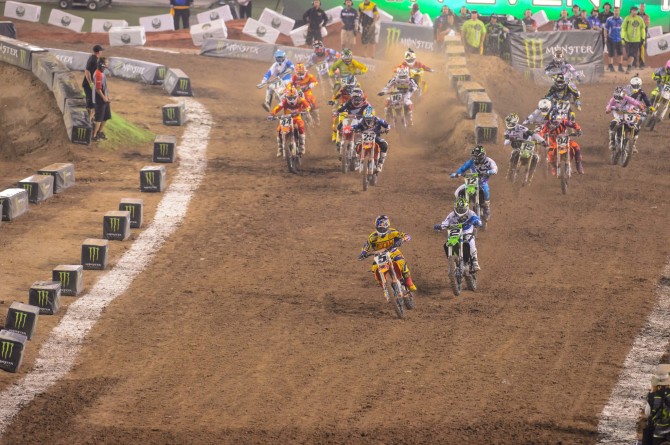 Not only is there a shiny case of one million dollars to be won for the rider who claims all three ten lap ‘Main Events’ Saturday night but also a 100,000 dollar cheque for the overall winner. To rip past the best supercross racers in the business (Vegas saw practically a full AMA field in residence) was not the only requirement. Each rider also had to negotiate a split start, a fast and slippery layout and the ‘Joker Lane’; a twenty metres ‘pit-in’ that had to be entered by everybody once in each sprint.

At the end of a thrilling night where the Sam Boyd was close to the available capacity, the public had witnessed miscalculations, Joker Lane misery, unexpected crashes but also some stand out performances. Ken Roczen duked with James Stewart for the top step of the podium and their battle went into the final ‘Main Event’ but the German – like his rival – left the Joker Lane until the last lap and was unable to overtake Stewart and actually lost two places to the chasing Ryan Dungey and Eli Tomac, who had both entered the zone earlier in the race distance.

Riding his new 450SX-F for the first time Roczen was still able to celebrate third place for a promising debut with his 4-4-4 scorecard. “The racing was good and I’m happy I had two good starts…I just ran out of time at the end there,” the West Coast 250SX Champion said. “I’ve only ridden the bike [450SX-F] for four days but it is getting better and better and I’m getting more used to it. Overall this was a super-fun event.” 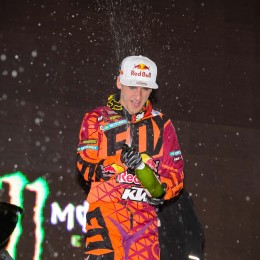 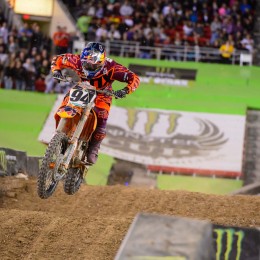 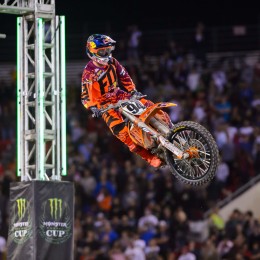 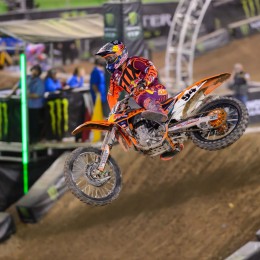 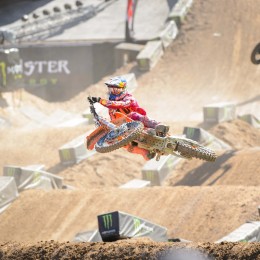 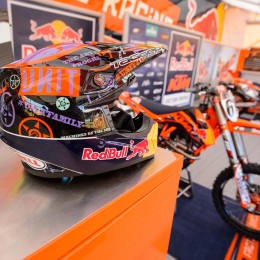 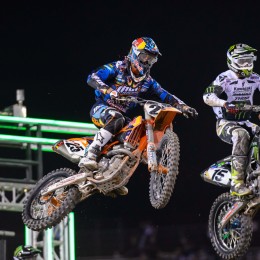 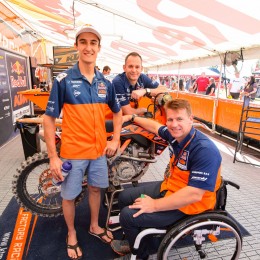 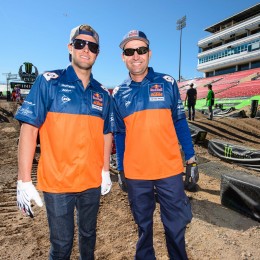 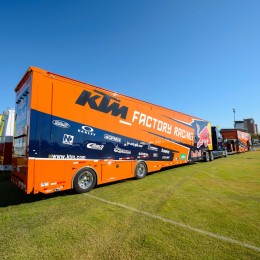 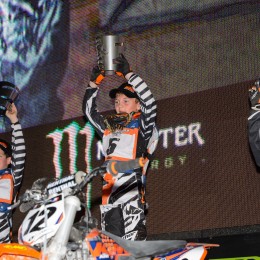 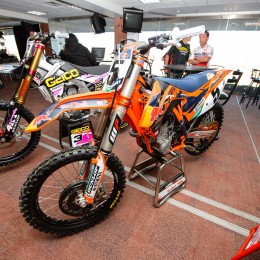 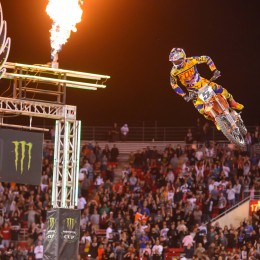 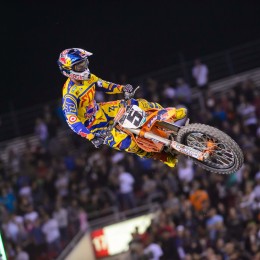 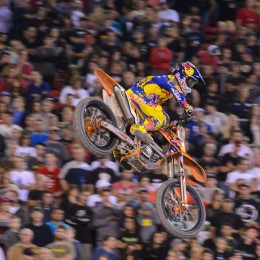 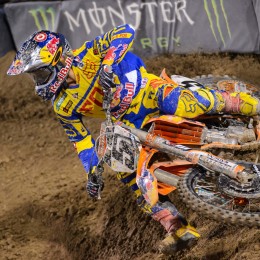 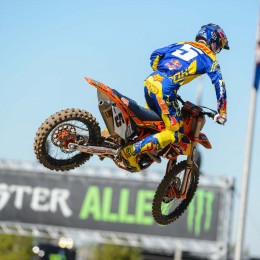 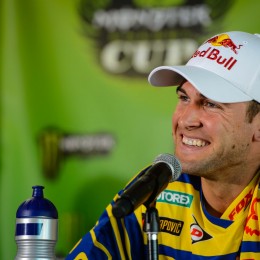 Dungey made it two Red Bull KTM riders on podium with second place overall (for the third year in a row) but was kicking himself after the first ‘Main’. Dungey had been fighting closely with Ryan Villopoto (who would crash out of the second race) and forgot to pass through the Joker Lane, thus leading to a penalty of five positions. Chances of the 100,000 dollar triumph were slim but the former AMA Champion did then ride to 6-3-2 to secure runner-up status. “All in all it is good. The hiccup in the first set us back but we rode our butts off. Good racing and a lot of fun,” he said.