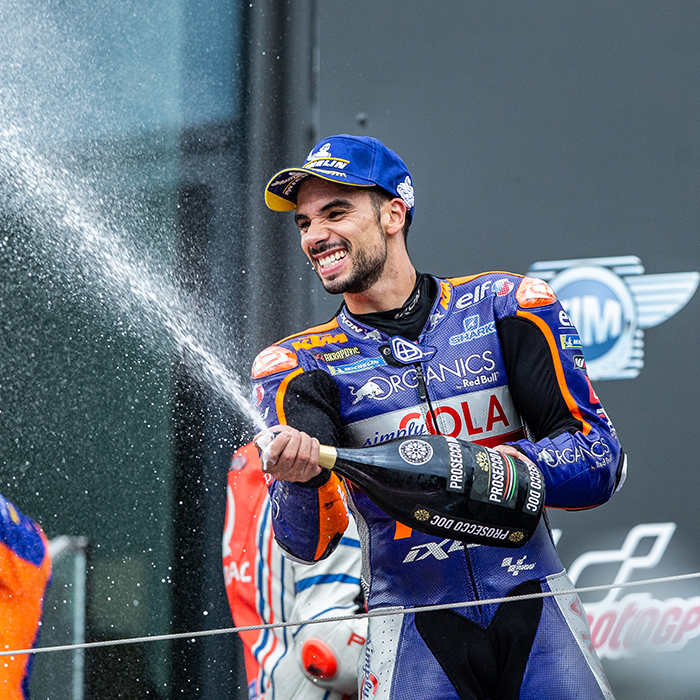 What a weekend at KTM’s home Grand Prix! Following on from that historic first MotoGP victory thanks to Brad Binder just two races ago, KTM made the headlines again for the Grand Prix of Styria at the Red Bull Ring in Austria at the weekend (21-23 August) with a multitude of achievements including a second race win!

Red Bull KTM Factory Racing’s Pol Espargaró, who has played a pivotal role in the development of KTM’s RC16, has looked blisteringly quick since the start of the season, but he hasn’t been able to turn that speed into the results he’d been looking for so far this year. However, the Spaniard’s fortunes changed somewhat this weekend as he delivered a milestone first for KTM and himself with a maiden premier class pole position; and what better place to do it than at KTM’s home Grand Prix?

The race this weekend was much cooler than the last, which Espargaró had been leading one week ago before a red flag and restart, at the Austrian circuit. Come race day this weekend, KTM won in Moto3™ for the second consecutive time thanks to Celestino Vietti and the Sky Racing Team VR46 squad. KTM also looked to be on target for securing a victory with the Red Bull KTM Ajo team in Moto2™, although Jorge Martin was unlucky to be demoted to second place after the checkered flag due to exceeding track limits on the last lap.

The MotoGP race was as thrilling as it could be. Another red flag mid-race meant the ultimate result was down to a 12-lap sprint, with Espargaró right up in the mix. The 29-year-old was in the lead on the final lap and looking strong, but a fierce battle with Jack Miller and some defensive riding meant the duo ran wide into the final turn, giving room for Miguel Oliveira to take advantage and the victory aboard his Red Bull KTM Tech3 machine. Miller was second and Espargaró rounded out the podium in third – it was certainly incredible, edge-of-seat viewing. More history was made with Oliveira’s result marking the first win for a Portuguese rider in the MotoGP category.

It’s also the second victory for KTM in the premier class, and KTM’s first double podium in MotoGP at the 900th ever premier class Grand Prix. And not to mention the fact that all four KTM MotoGP riders, Brad Binder and Iker Lecuona included, finished inside the top 10 aboard the KTM RC16 in only KTM’s fourth season in the class. A dream weekend for the manufacturer, and testament to all that hard work going on behind the scenes. Whilst wishing Oliveira, Hervé Poncheral (Team Manager) and the Red Bull KTM Tech3 team huge congratulations, as well as to Pol Espargaró for a great weekend, we’d like to share with you some of the highlight images from the 2020 Styrian Grand Prix.