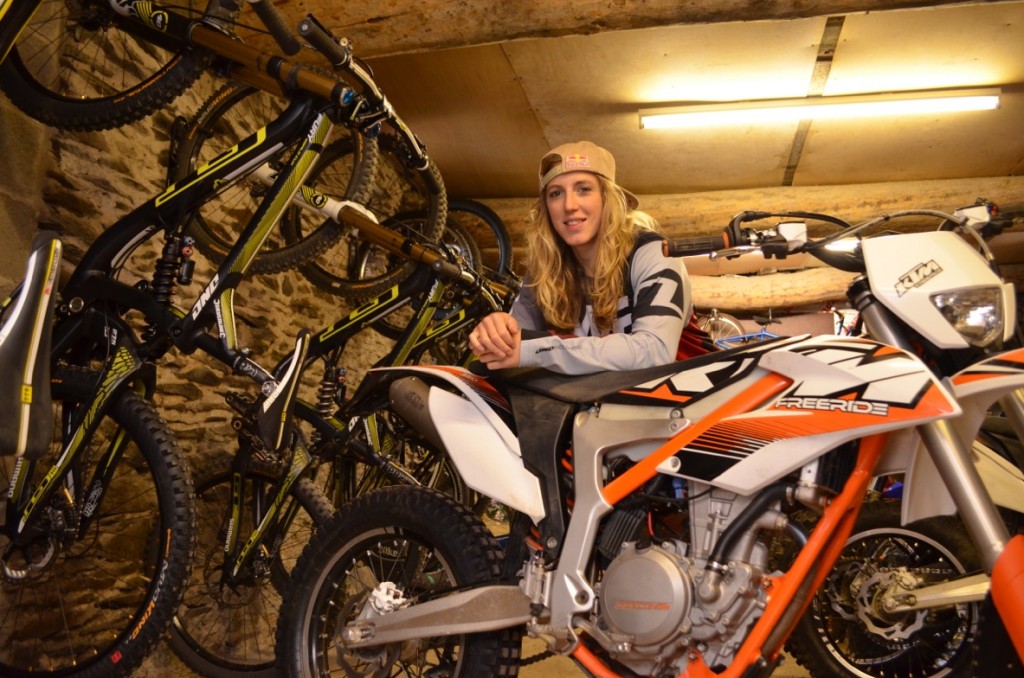 Rachel Atherton is the benchmark of Women’s Downhill Mountain-Biking. Four World Cup Series wins in 2013 made her the most awarded British mountain biker in the history of the sport with 19 World Cup wins to her name.

Her international titles now include twice European Champion, twice World Champion and three times World Cup Champion. She holds four British national titles. For the past year, Rachel and her fellow GT Factory Racing Downhill Mountain-Bike teammates and siblings, Dan and Gee, have been riding around on KTM FREERIDE 350s when away from pedal-powered competition. 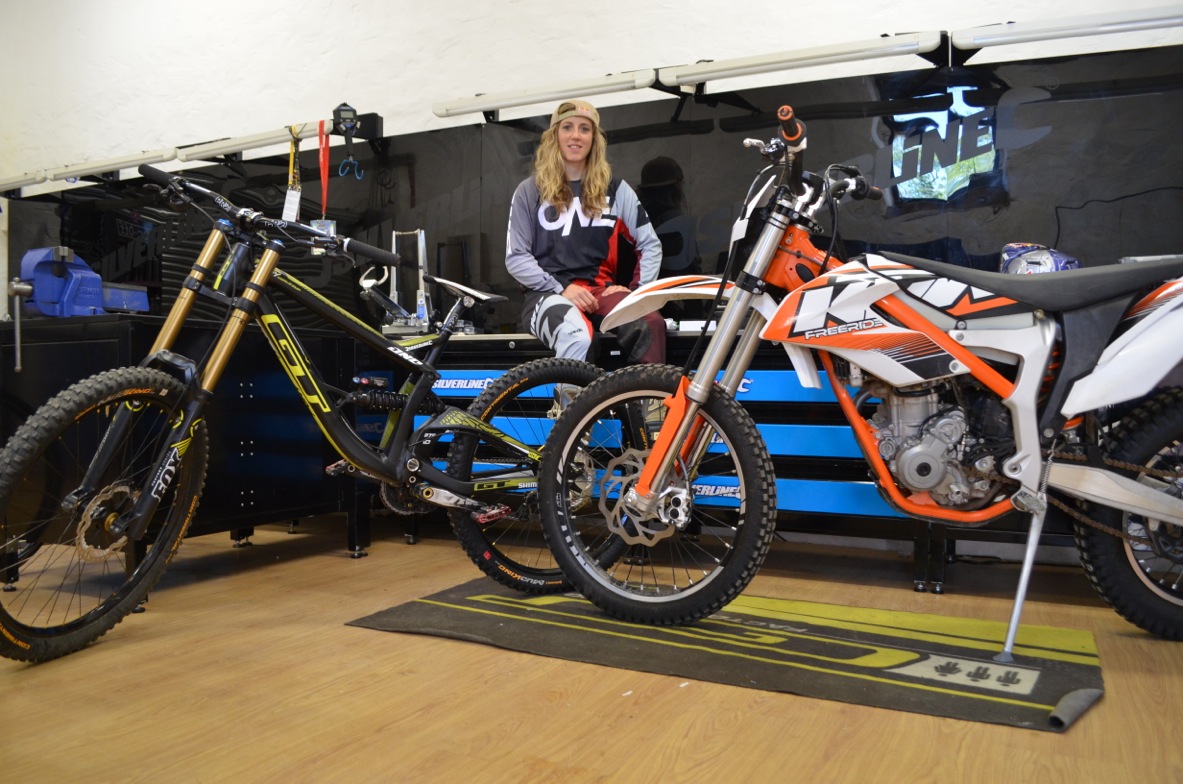 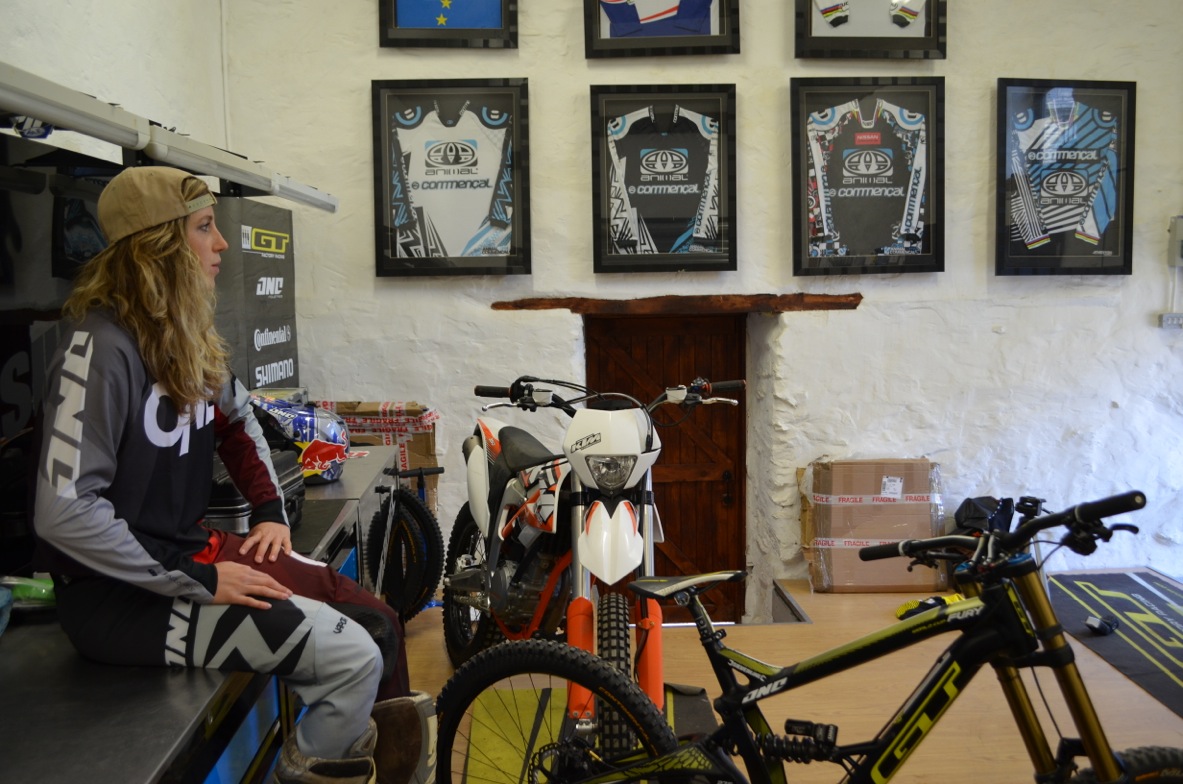 The KTM BLOG caught up with her after narrowly missing out on retaining her World title at the 2014 Mountain Bike World Championships in Hafjell, Norway.

Hi Rachel, how’s it going?
“Pretty good. It’s been a good few years racing for me.”

How long have you been racing Downhill Mountain-Bikes?
“I’ve been doing it all my life. I started out on BMX and progressed to downhill. I’m 26 now and have been riding professionally for the last ten years.”

What has been a career high so far?
“My brothers Gee and Dan also race downhill. So probably all of us winning the World Cup in our respective disciplines on the same day was pretty epic. In 2008, my brother Gee and I both won our World Championships; so to be double World Champions in the same year was amazing. So definitely a family affair.”

Is it a competitive or good working relationship amongst your siblings?
“Having both my brothers race creates a pretty cool environment to train and compete in. At the races we support each other 100%, but the internal competition is mainly at home when we are training or riding for fun; it’s usually stuff like ‘who can do this first’ or ‘who’s gonna go faster here’.” If we’re riding the FREERIDEs, it’s usually like who is going to ride up this hill fastest. Or down it the fastest! So it’s pretty cool to have my brothers doing what I do as well.”

How long have you ridden motorcycles for?
“I – in fact all of us – have ridden motorbikes since we were really little.”

What discipline do you prefer?
“Offroad, of course. Most of what we ride is Enduro, what with living in the hills and its similarities to Mountain-Biking. I’m just so used to riding in the woods but we ride the downhill tracks on our FREERIDEs most of the time. It gives that different element of speed and handling bigger bikes compared to our downhill race bikes.“

How so?
“Although the KTM is light, when I get back on my race bike after throwing around something that is a lot heavier it almost makes riding downhill a lot easier and able to throw the bike around a bike more. So riding enduro definitely helps with the downhill side of things massively, it’s also real good fun and great training.”

“Although the KTM is light, when I get back on my race bike after throwing around something that is a lot heavier it almost makes riding downhill a lot easier and able to throw the bike around a bike more.”

You’ve had a FREERIDE 350 for about a year now. How have you found it?
“They’re an amazing piece of equipment; just so easy to ride. But what has been good is how the handles all types of terrains; bedrock, hill climbs, in the wood and on the trails. For the stuff we ride – you know more mountain bike tracks – it’s easy to maneuver and throw around the tight corners. I love it!”

We heard your trainer has been using the FREERIDE as well. Does he keep up with you guys on the downhill race bikes?
“Yeah, coach uses the bike for pace setting when we are doing faster road rides or intervals on the road. He says he can’t keep up with us if he’s on his road bike, so takes the FREERIDE and uses it to pace us. So for us trying to keep up with the 350 is definitely good training!” 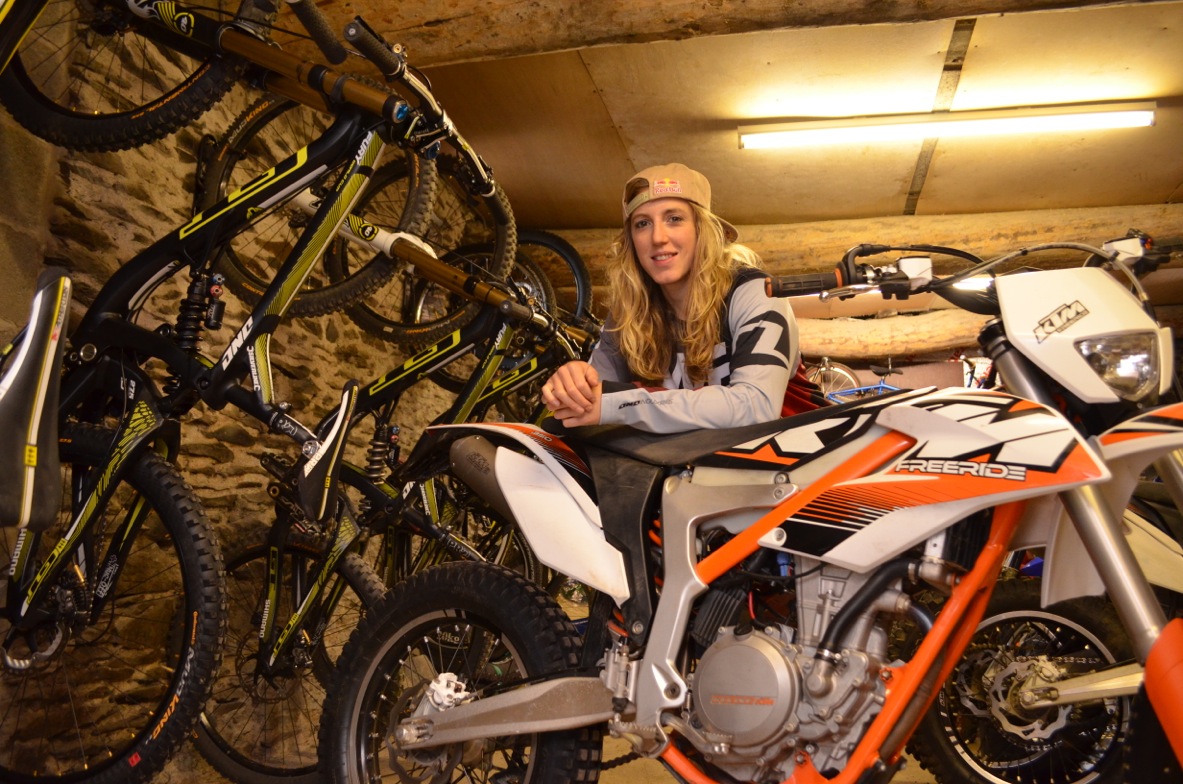 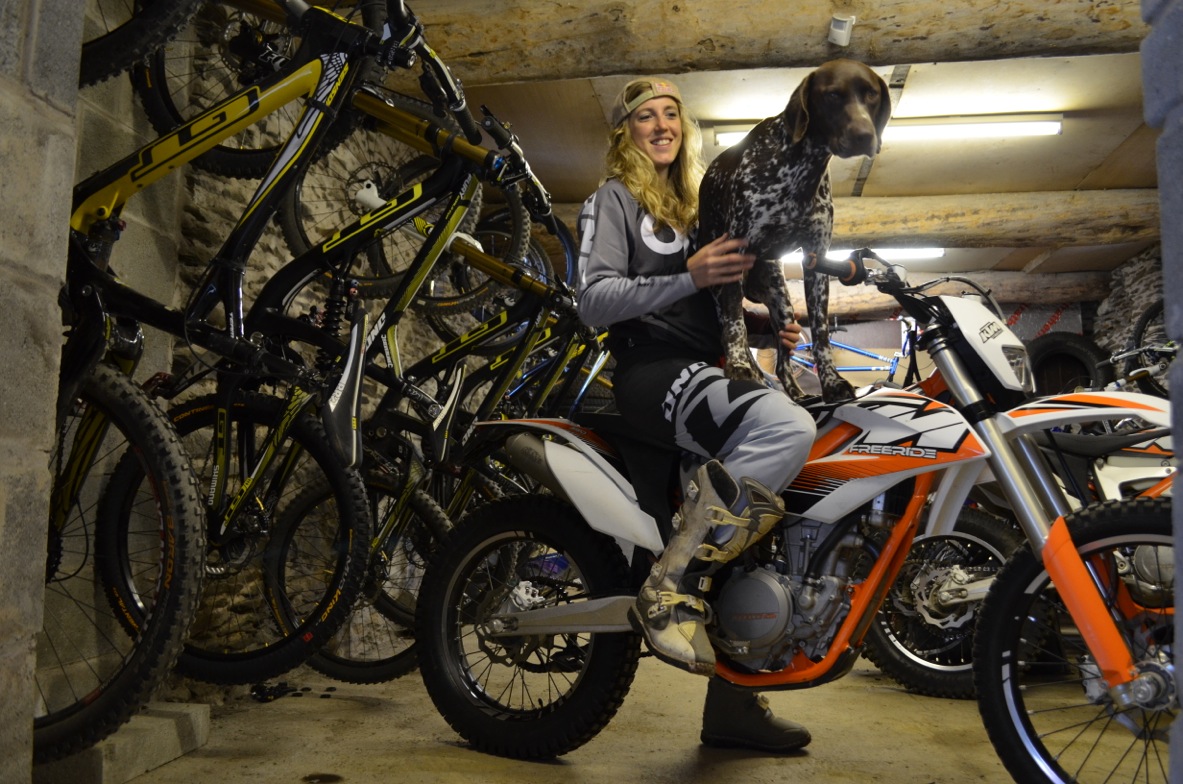