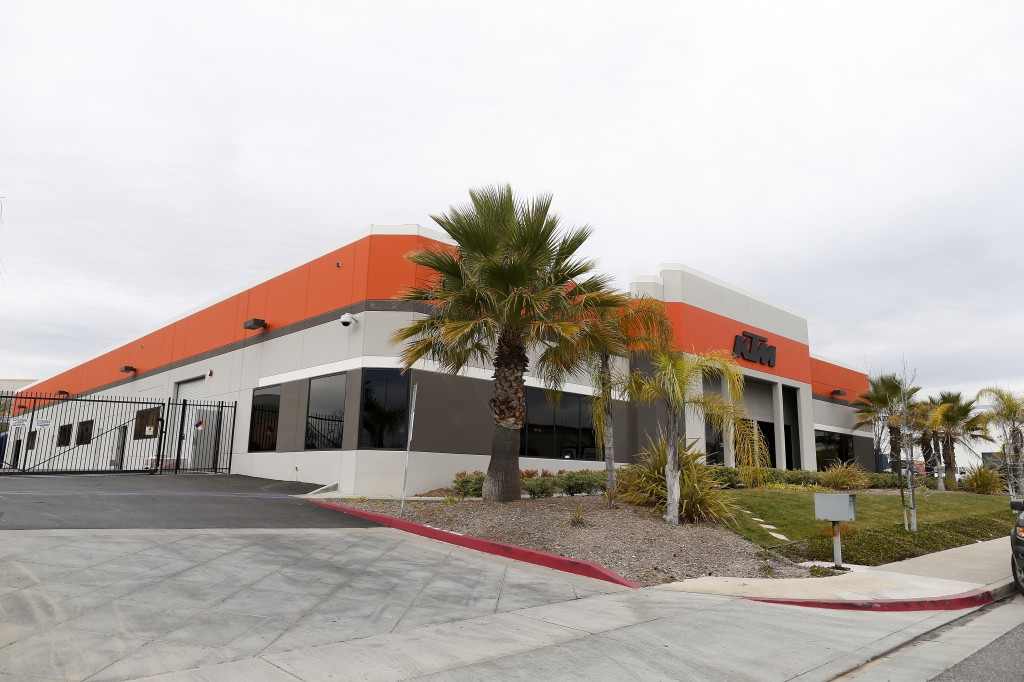 Red Bull KTM SX and MX Behind the scenes 2: The HQ

KTM North America’s HQ sits squat in the heart of a pleasant and accessible residential area in Murrieta, southern California, around an hour and a half southeast of Los Angeles. The box structure of the facility is like the ultimate Lego box; from the outside you just want to lift off the lid and start playing with all the delights inside. The condensed reception area offers all the tantalising trimmings of what lies behind the dark grey doors further back in the building. 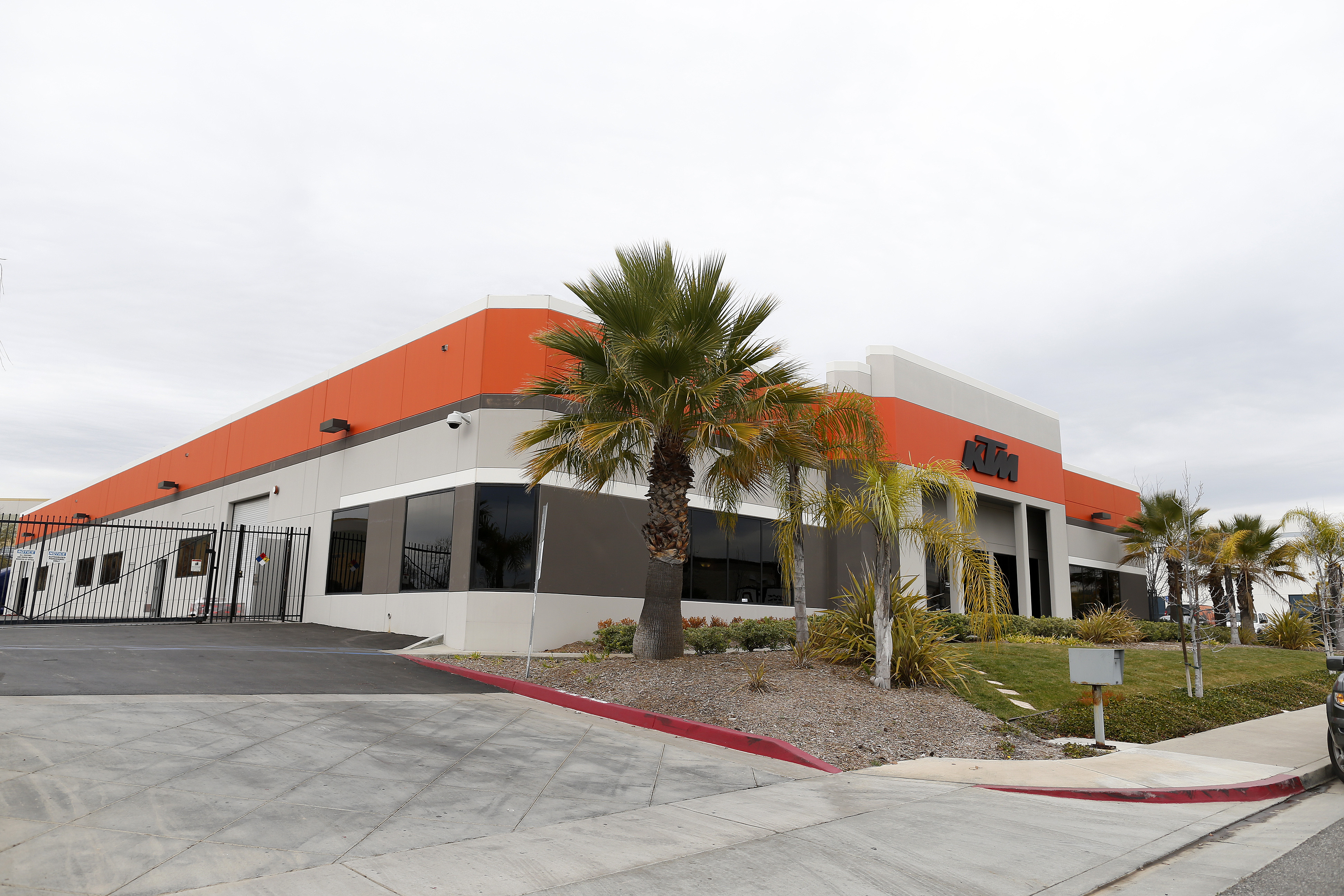 You never forget where you are once inside. A snatch of orange here, a fantastic slice of action photography covering a section of a wall there. One entrance is decorated with race number plates while you have the impression that you will turn a corner and bump into a trophy at any given time.

Past the glass-walled offices the first major work area we come to is the dealer instruction zone where two immaculate Adventure motorcycles sit occupying bays ready for dissection. The mammoth fan overhead – seemingly the span of a small helicopter’s rotor – is a reminder of the intensely warm Californian summers to come. Technical Director of the Red Bull KTM racing team, Ian Harrison, explains that this zone is used for workshops and seminars to enlighten KTM dealers to new products or advanced techniques. In the corner a gleaming line-up of 50SXS machines are ready for the launch of the reinvigorated KTM Junior Supercross Cup and will soon be loaded into their own semi articulated truck. It is this area that will later be full and turned into chaos for KTMNA’s own attempt at the Harlem Shake!

Crossing the room and heading further in the bright recess of the building brings us closer to the KTM passion; the race departments. President Jon-Erik Burleson is floating around, Roger De Coster passes us and some familiar faces from the Grand Prix paddock offer their ‘hellos’ (isn’t that also Ken Roczen returning from a training cycle?). The off-road section (see GNCC and other Enduro activities greets us first) while Team Co-ordinator Casey Lytle keeps an office adjacent, that he shares with De Coster when the Belgian does feel the need to enter the machining room and carve a new handy tool for his technical crew.

The mechanics area for the race team is absolutely spotless and the easy jokes between the staff reveal a buoyant camaraderie. The working unit is small but with benches for Dungey, Roczen and Musquin this is an operation that is definitely housed on quality rather than quantity.

Ryan Dungey’s 450SX-F that gained the factory’s first 450SX victory at Phoenix last year and also won the 2012 AMA Motocross Championship keeps pride of place and it the undoubted star of the many motorcycles dotted around the corridors and corners. The dyno, machine and engine quarters are all close by but it takes a good thirty minutes to get to the next key location for the Red Bull KTM crew.

The supercross test track is based less than fives miles up the Freeway from Lake Elsinore and – bizarrely – in a complex that also houses layouts for at least four other brands and teams. The Troy Lee circuit looks out over the whoops and jumps of the KTM track that is fittingly constructed from imported soil very reddish/orange in hue and allegedly cost several hundred thousand dollars to create. It is here that we watch Dungey and Roczen hammer out the testing laps on a hot morning and embark on a few photoshoots with the stars when they’re done. 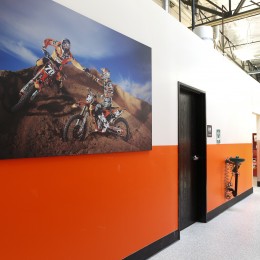 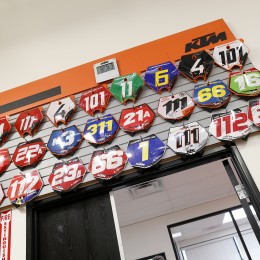 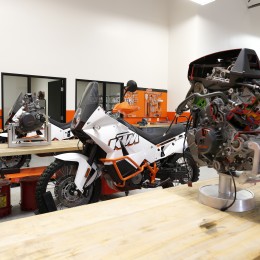 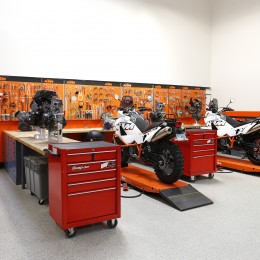 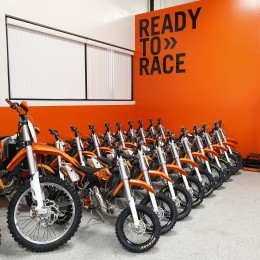 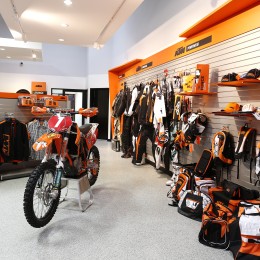 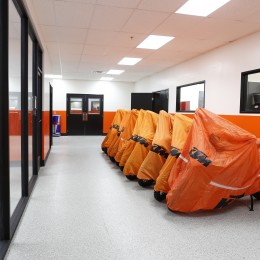 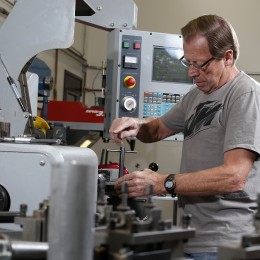 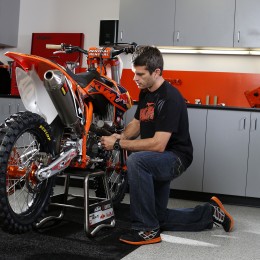 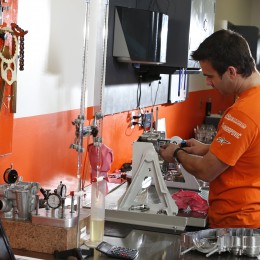 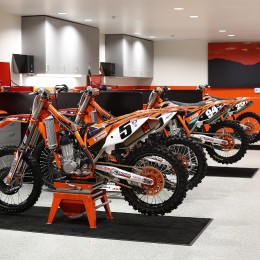 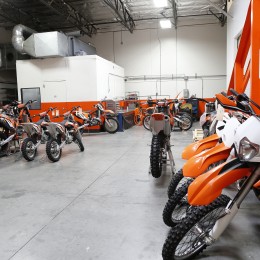 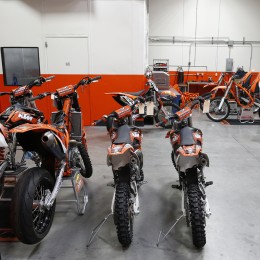 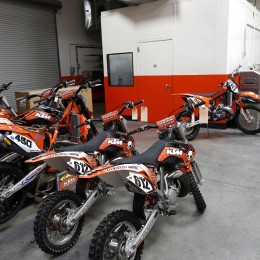 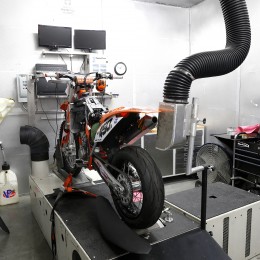 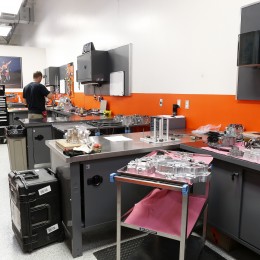 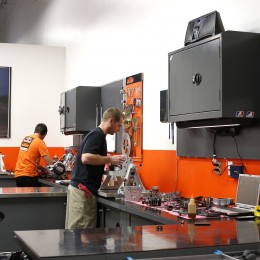 2 Responses to Red Bull KTM SX and MX Behind the scenes 2: The HQ