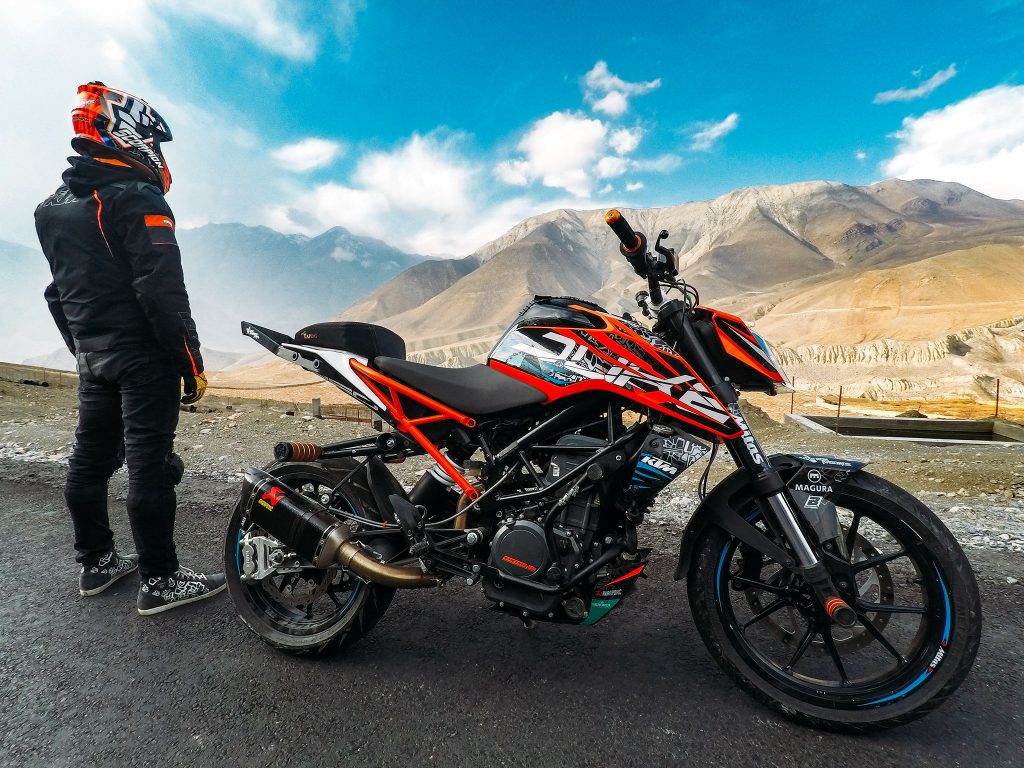 The popular Slovenian stunt rider Rok Bagoroš has been traveling the world and bringing excitement to people with his shows and his KTM DUKEs for almost 10 years. With his latest project he wanted to set a new world record …

It´s every athletes´ dream to become the best of the best and even to hold a world record one day. 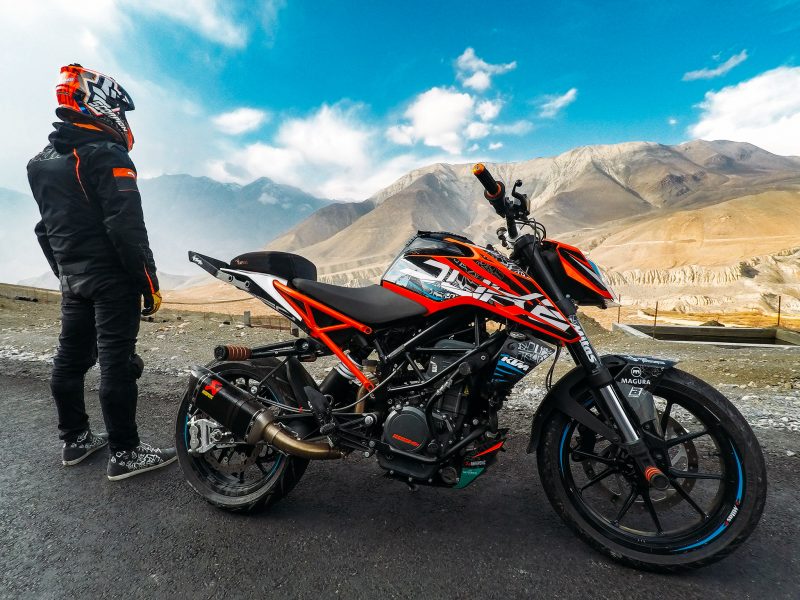 This is why Rok and his team decided to take advantage of their trip to Nepal where Rok performed his show in front of 5000 people before traveling deeper into the Himalaya to make his dream a reality. He and his team went to the highest paved roads they could reach within one day of traveling. After a long and exciting day in the car they finally reached the Mustang Muktinath district that is surrounded by the Dhaulagiri, which is one of the highest peaks in the world with 8172 m. After getting used to the high altitudes they settled down to prepare for the most challenging show in Rok‘s life so far. 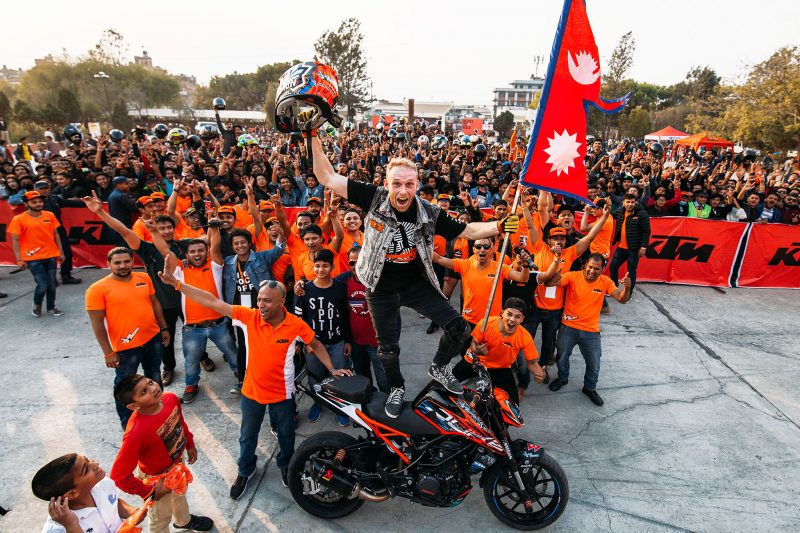 The challenge: 20 minutes of stunt-riding at the highest point above sea level

It may sound easy, especially if you know that Rok is performing up to 10 times a month. This show, however, comes with a high risk of injury due to heavy breathing, nausea and possible fainting. At the height of 3664 m the air is extremely thin, even the bike works with 30% less power.

“Holding a world record was a big dream since I started to ride and breathe fuel. After a grueling 17 hours of traveling through the Himalaya we reached the spot where I staged the highest performed stunt show on the planet. 20 minutes, no break, always full throttle and guess what – we did it! Now we just need to wait for a few weeks to receive the official confirmation from the Guinness World Record committee,” said Rok, possibly a soon to be record holder.”

189 Responses to Rok Bagoroš: World record bit in the Himalayas