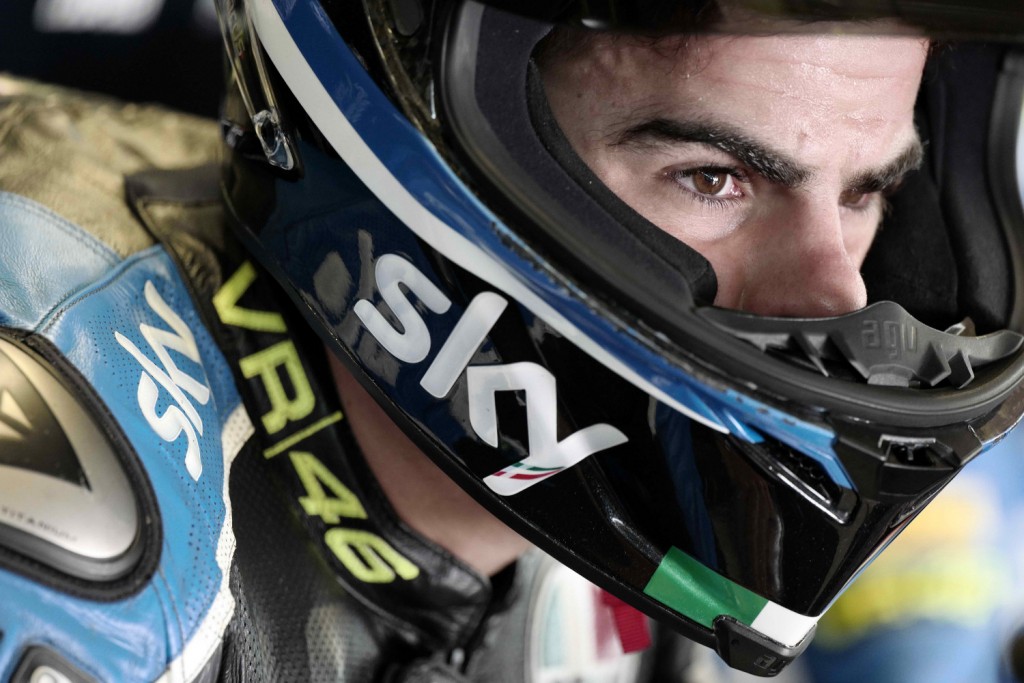 Romano Fenati: Give this man a promotion!

For five long years, Romano Fenati (SKY Racing Team VR46) rode in Moto3. Quite possibly the fastest and most talented rider in the field, he’s now moving up to Moto2. It’s about time. 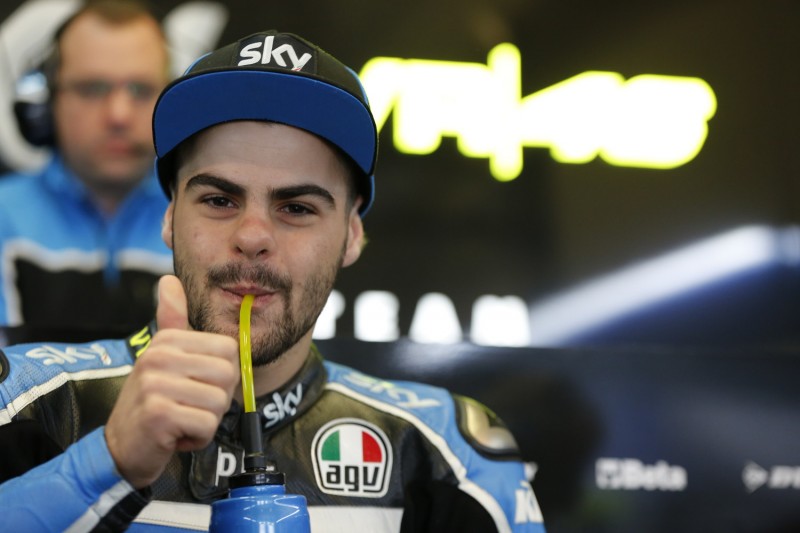 Qatar, April 2012. The first race in the brand-new Moto3 World Championship. A young kid who just turned 16 three months before takes the field by storm. He crosses the finish line in second place. Romano Fenati. Romano who? Hardly anyone in the riders’ paddock, let alone the millions of viewers watching on TV, had ever heard of the newcomer. Romano… FE-NA-TI.

Jerez, three weeks later. The track is wet, conditions are difficult. It was to be a race that riders would still be talking about in the paddock years later. Unforgettable. That young gun from Italy… Fenati? That guy again?! He takes the lead about halfway through the race, and from then on he’s in his own universe. Fenati gains a legendary 1.5 to 2.5 seconds per lap on his pursuers. In the press center, people are staring at the lap-time monitors and rubbing their eyes. It’s like watching someone walk on water. Fenati crosses the finish line an unbelievable 36 seconds before the rest of the field, and all of Italy cheers his success. The new Valentino Rossi. It’s got to be him. If not this Fenati guy, then who?

Five years later. The super-duper-mega talent from back in the day is still riding in Moto3. His one-time challengers, riders like Viñales, Miller and Rins, are already riding in the MotoGP premier class, or are about to start. But Fenati has stayed behind in the beginners’ class. His team owner is now the man whose footsteps he was supposed to follow in: nine-time world champion Valentino Rossi. Rossi recently announced that his SKY Racing Team VR46 would be moving up to Moto2 in 2017 – along with Romano Fenati. Finally, finally! … some might say. 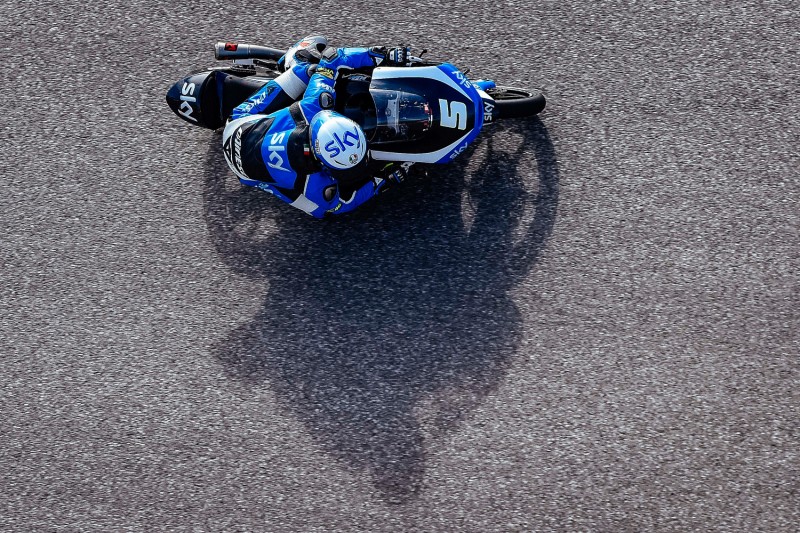 Sachsenring, riders’ paddock, 5:30 on a Friday evening. We’re sitting with Laura, the press representative for SKY Racing Team VR46, in the team hospitality area. We’re here for an interview with Fenati. But he doesn’t show up. Ten minutes pass, then 20 – still no Fenati. After waiting for 50 minutes, we give up and leave. Days later, Laura explains that Fenati was waiting in the team truck by mistake.

Five years of Moto3. That’s an eternity in a category that a brilliant rider like Fenati should have conquered in no time. Our Italian colleague at the Gazzetta dello Sport argues that Fenati sometimes lacks the necessary discipline and work ethic. But is that really the issue? Upon closer inspection, there are certainly other reasons that might explain Fenati’s long stay in Moto3.

2012: In the second half of the season, Honda FTRs start falling behind the increasingly dominant KTMs. 2013: In terms of gear, Fenati is fighting a losing battle. 2014: Fenati switches to KTM and wins three of the first six races, but the new SKY Racing Team VR46 is still finding its way. Team manager Vittoriano Guareschi and Fenati’s crew chief, Rossano Brazzi, leave the team. 2015: The new KTM bike bears the hallmarks of Vice World Champion Jack Miller, but a number of KTM riders, including Fenati, are not so thrilled with that. Fenati and his team have to adapt the bike to their riding style over the course of the season. 2016: Fenati has two scoreless races through no fault of his own. One in Argentina, when rain sets in right before the race and he’s got the wrong setup. And the other in Mugello, where Fenati, starting from the pole position, has to quit because of a broken chain, while fellow KTM rider Brad Binder wins and extends his lead in the World Championship standings. After four and a half years in Moto3, that leaves Fenati with seven wins, three pole positions and World Championship rankings of 6, 10, 5, 4 and now 3. Not quite what you’d expect from a rider of his skill. 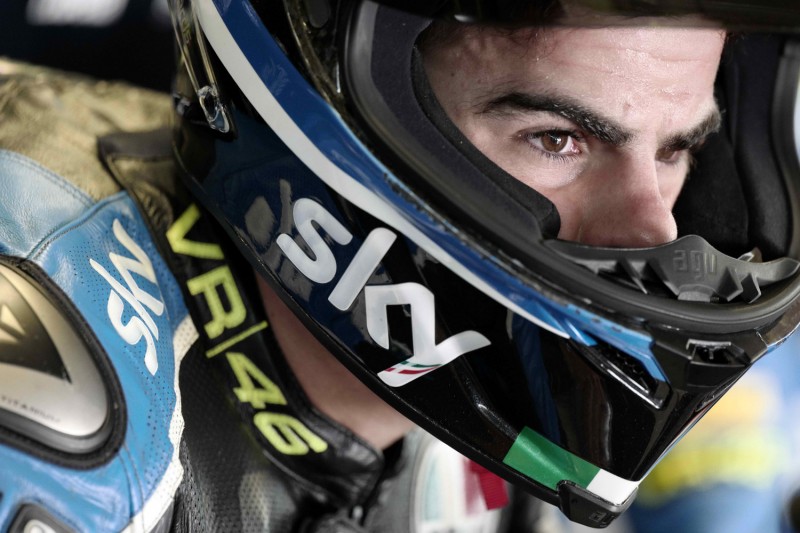 There’s an expression in Italian for riders like Romano Fenati: “Un animale da gara”. An animal on the racetrack. Not afraid of any adversary, always hangs tough, sometimes pushes the boundaries of fair play. “You don’t want someone like Fenati on your back wheel in the last three laps,” says ex-MotoGP rider and KTM test rider Alex Hofmann – and you can hear a touch of admiration in his voice when he says it. One thing stands out: In his first two years as a KTM rider, Fenati’s qualifying runs often turned out poorly – leading to starts in the fourth or fifth row, or even further back. But in the race itself, he was near the front of the pack. That’s when his inner “animale da gara” came to life. In 2016, he finally overcame his trouble with qualifying runs. In the first eight races of the season, he started in the top 10 every time – and took pole position twice.

Pietro Caprara is not only the Technical Director of SKY Racing Team VR46 – he also serves as Fenati’s crew chief. In the past year and a half, no one has worked more closely with Fenati than he has. Caprara descends the metal steps of the team trailer, runs the butt of his hand-rolled Marlboro White Gold cigarette under the spigot on the side of the pit building, and throws it into a nearby trash can. Now he’s got a few minutes to talk. Fenati is daring, says Caprara, unbelievably daring. But beyond that, Fenati is also an excellent development rider. That’s why KTM would always be happy to call on Fenati when it’s time for a test ride, says Caprara. Fenati has changed his riding style recently, Caprara notes. He tells us that Fenati, known for his skill at late braking, isn’t taking such curved lines through the corners as he used to. His lines are straighter now. Tending towards the typical MotoGP line, in other words: Go in straight braking hard, lay the bike down, and accelerate out in a straight line. Caprara points out that this will be a definite advantage when Fenati moves up to Moto2 bikes with their bigger horsepower. “Romano will have less trouble adapting than other riders,” predicts Caprara. He’ll be working with Fenati in Moto2 as well. Mechanics Carlo, Christian and Juanmi are also sticking with Fenati. So Fenati will have the same people around him as he did in Moto3. Consistency – one of the keys to success in the world of motorcycle racing. 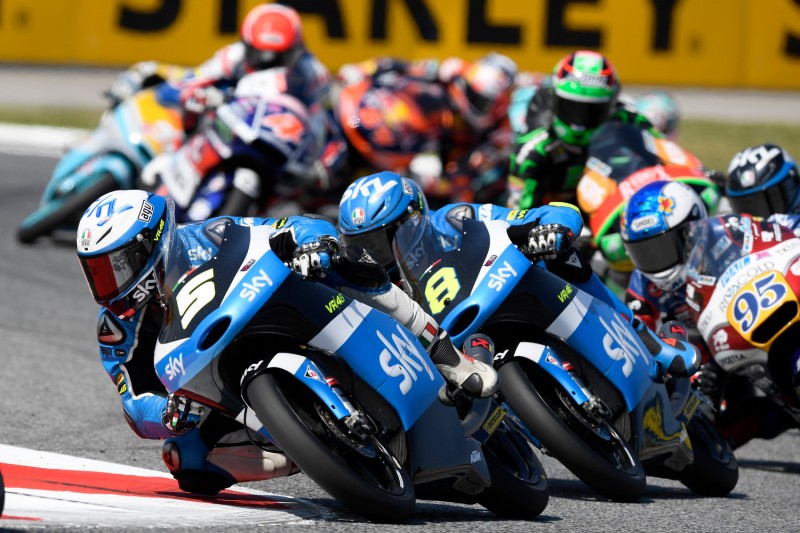 Fenati has already earned his stripes when it comes to Moto2 test rides. One ride on a Speed Up, and one on a Kalex. It remains to be seen which constructor he’ll go with. He practices regularly in Misano, two hours’ drive north of his hometown of Ascoli Piceno, on a street bike, in order to get used to the extra horsepower and the additional weight of a 600cc bike.

His former team director, Roberto Locatelli, practically gushes as he talks about Fenati. “In my mind, he’s clearly the best rider in Moto3.” But next year in Moto2, Locatelli warns, Fenati will have to work hard. That’s precisely what makes the difference in a class where all the riders have the same engine, and at least the top riders all have the same chassis. Fenati can’t rely on raw talent alone in Moto2, says Locatelli. Or to put it another way: Fenati needs to convince critics who have pointed to this exact issue as his biggest shortcoming.

Saturday, 7pm, back at the SKY Racing Team VR46 hospitality area. Interview, take 2. This time, Fenati is right on time. No, he says, he can’t understand why people accuse him of a lack of discipline. What other weaknesses does he see in himself? “None,” he says. “But other people are in a better position to judge that.”

It rains the next day. Just like five years ago, in Jerez, when Fenati’s star was on the rise. This time, things go very differently. Stuck at the back instead of leading the pack. After three crashes during practice, Fenati starts from 17th place, fights his way through the downpour, and ends up scoreless with an 18th-place finish. It looks like Romano Fenati won’t be world champion on his fifth try either. But who knows, maybe things will go better in Moto2.

102 Responses to Romano Fenati: Give this man a promotion!