The day after the 66th Motocross of Nations AMA Motocross Champion Ryan Dungey eased the memory of Team USA’s defeat in the tough sand of Lommel by paying a visit to Mattighofen to a rapt reception by workers in the Race Department and also the factory floor. 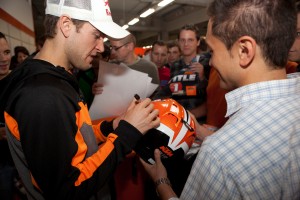 It was the second tour by the twenty-three year old MX and SX star who created history for the company this year by delivering not only KTM’s first title in the premier motocross class with the 450 SX-F but also a maiden supercross victory at Phoenix in January. The ‘Dungey day’ was the first occasion where the people and the effort behind the American could show their appreciation for his achievement and we grabbed a few words at the recent Monster Energy Cup to see what he thought of his Austrian adventure …

Was that trip to KTM a good way to shake-off the blues of the Nations?
“You know, it was a tough weekend and although we had three days of preparation in the sand I think I would need two months of riding there to get that track ‘down’! You can’t let it drill you forever and going to Austria on Monday was amazing. The guys there were guiding me around and it was deadly silent and I was thinking ‘why is it like this?’ and then we came around the corner and everyone who makes the 450 SX-F possible, the race guys and generally a big group of people, were all there and clapped and cheered. We got to thank them and then walked over to the production line which they actually shut down for fifteen minutes so that was pretty cool. We had a chat and signed some autographs and was made to feel really welcome. KTM have accepted me so well and I really appreciate their commitment to this sport, right from the people in Austria all the way across to the guys making it happen at the track in America. It was a good morale boost and a good vibe.”

Was the factory at Mattighofen what you expected it to be?
“There are multiple buildings and WP has their own place. It is a pretty big set-up but what surprised me is that it’s located in a town of just six thousand people. That was interesting but what stood out for me was the work ethic I saw.”

Seeing the production line and race workshop were you able to appreciate that closeness to the heart of a manufacturer?
“Yes, I spent the first five years of my career working with a Japanese factory and then transferring to KTM in Austria provided me with such a direct link. Roger [De Coster, KTM USA Team Manager] does not need to go through many people and can call the production boss directly at Mattighofen. That can make a difference for us and our racing. I imagine a direct set-up like that in any motorsport is such a good thing because there are always changes and evolution and having key people in the right places who know what we need to have to move forward is such an asset. Things need to happen asap if you want to have a winning team and brand. You need to be 100% committed. I say it a lot but I’m so glad of the extent that KTM are behind me and it still surprises me sometimes how fast things can be turned around. We did a lot of testing in the beginning but it was all to make things better.”

Was this the first time you’d seen a production line?
“I had never been to a factory. I travelled to KTM the first time when I signed my deal in 2011. To go to Mattighofen is a treat. It is beautiful.”

Did any of the road bikes take your fancy?
“There is definitely a long line of them! Actually I got a chance to ride a two-stroke motocrosser again this year at Hangtown for a dealer ride-out day, which was really cool. It had been six years since I’d ridden a two stroke. For the road … their RC8 roadbike … that thing is pretty sweet. It might be better for me to stay away from that!” 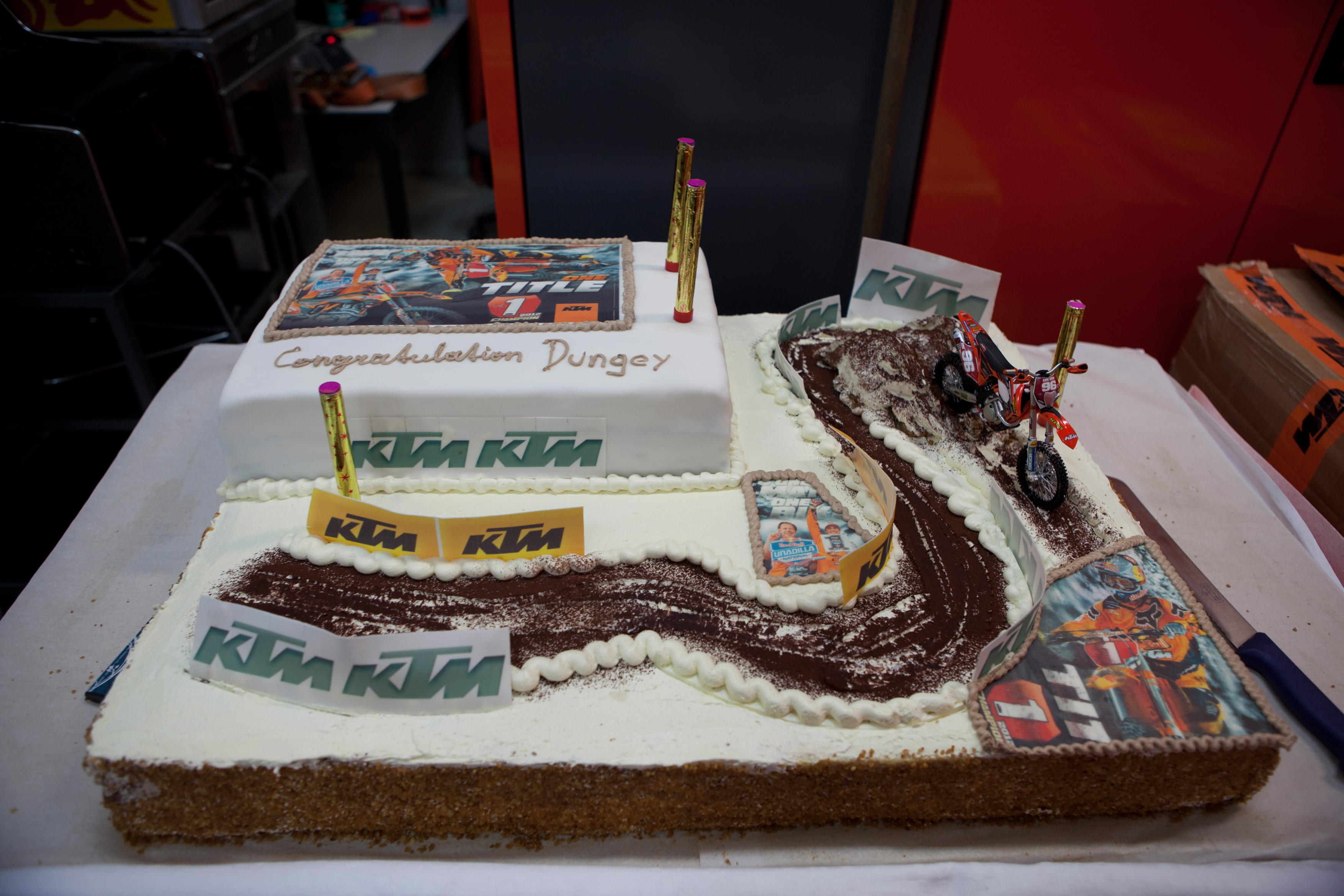 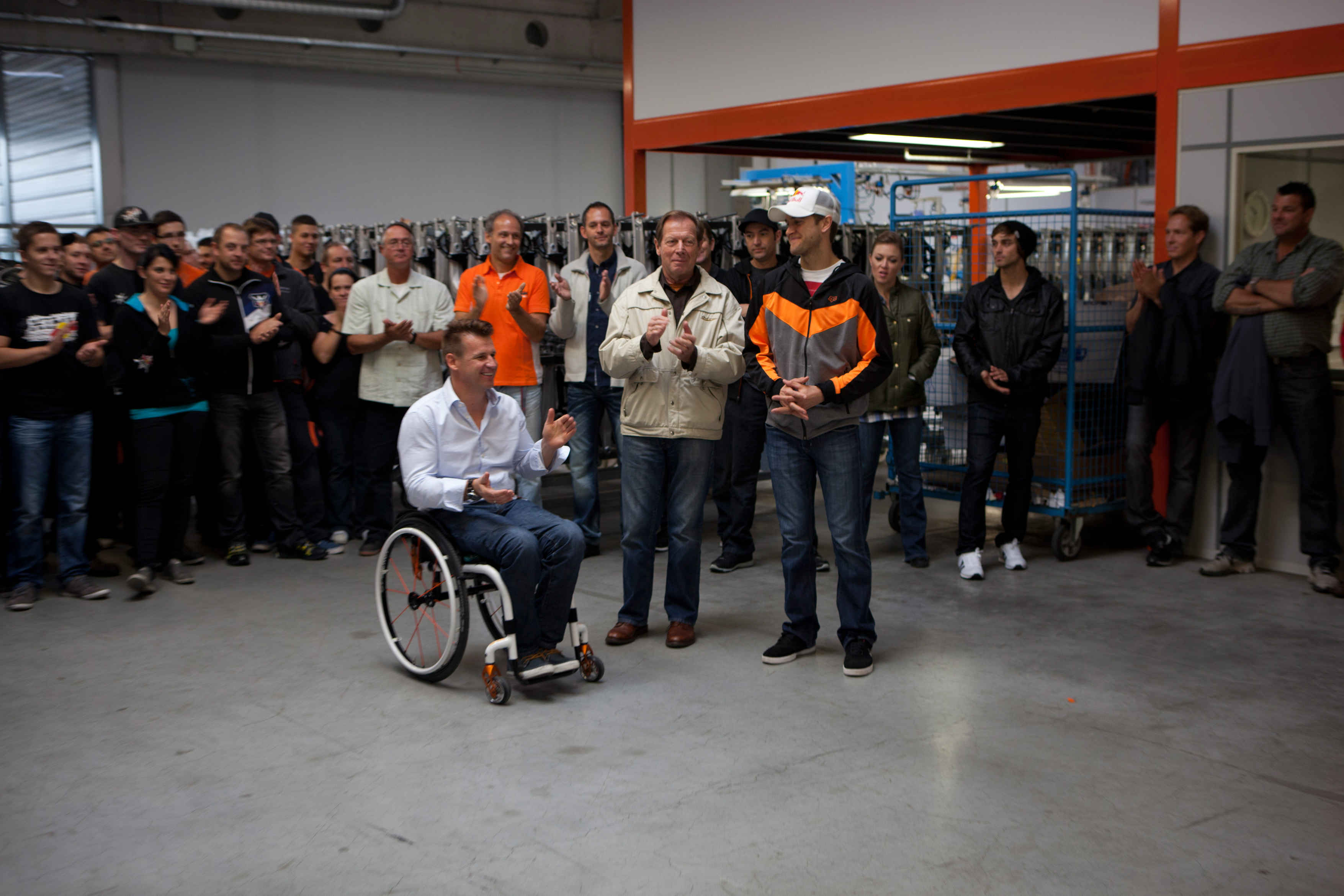 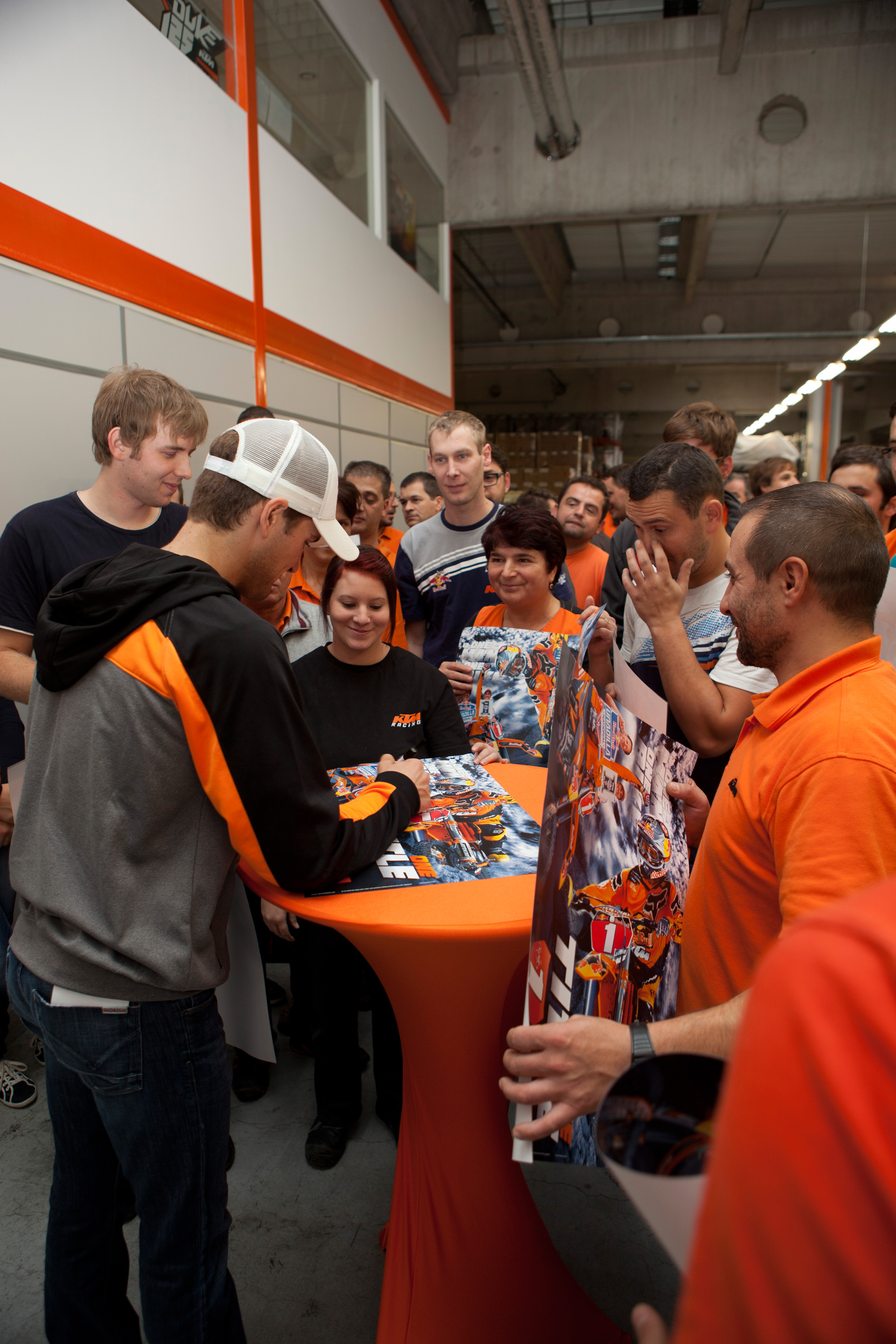