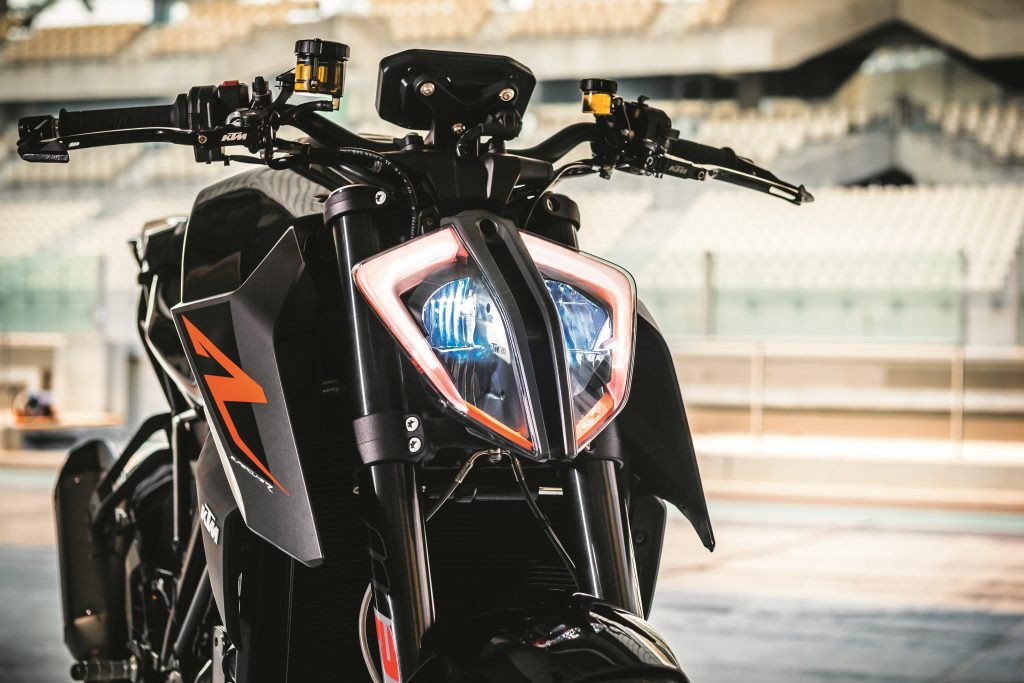 Seeing the light: the new face of street?

Eagled eyed visitors to the INTERMOT show and subsequently the fresh 2017 SUPER ADVENTURE model range by KTM might have noticed a curious new headlight in the offing. The catching LED unit (and cornering lights on the SUPER ADVENTURE) is about to make an even bigger impact at KTM and we spoke to Kiska’s lead designer, Craig Dent, for the truth behind the glass … 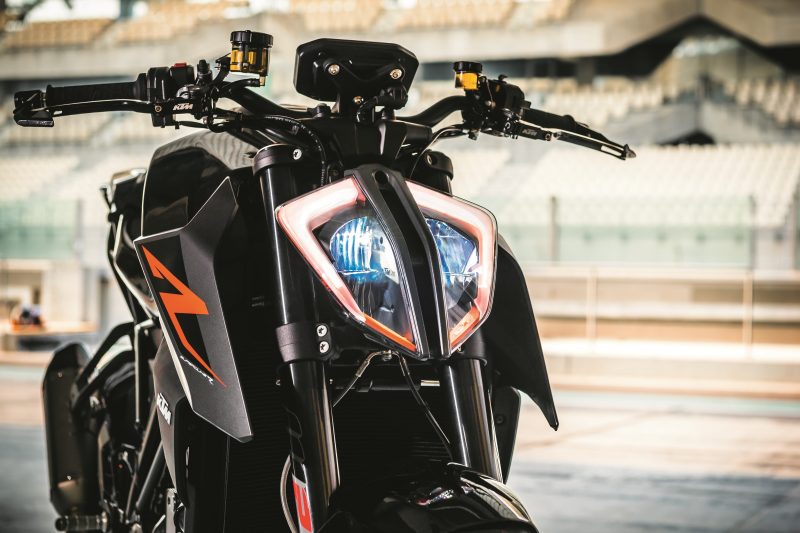 Watch out this week. The EICMA show in Milan will see KTM with a refreshed face. Cast an eye over the video below for a sneak peek of a brand new and daring aesthetic for a few of the ‘orange crew’. Taking some of the street segment into ‘full LED’ posed one or two challenges for the boffins at Mattighofen and wizards at Kiska and we spoke to Lead Designer Craig Dent about the journey to ‘show the light’.

“We saw that the system worked well on the 1290 SUPER DUKE GT so we wanted to transfer it to the other bikes,” the Brit says. “KTM wanted a full LED light to keep as a reference in the market but it also had to work as something light, reflective and keep that READY TO RACE philosophy so that was our task.”

It seems that the conundrum with LED comes through the warmth generated by the system … and how best to keep the light working and in optimum condition while guaranteeing the best performance. “We analyzed what everybody else was doing and saw that people were using a block of aluminum in order to cope with the heat generated and for the best resistance,” Dent says. “We thought ‘there must be another way to build this, to have a different architecture’. Some people were even putting fans to help with the cooling so when you would stop at a traffic light then you’d hear this fan whirring and we didn’t get that!”

“As we usually do, we turned the idea on its head and decided to have the aluminum as the holder and the housing with the glass enveloping the system,” he explains. “It is like two fishbowls left and right. It gave us something small, light and we were able to channel wind into the middle of the light so the cooling process is super-simple. It is so much lighter than everything else.”

A side effect of Kiska and KTM’s innovation means that the light has a very particular character and is immediately recognizable. “That is normally the case!” Dent says. “When something turns out working better then it also looks better as well even though I think the styling has really divided some opinion. It is quite controversial and really polarizes what people think but that is what makes it a KTM: something different and apart. We have solved a problem like nobody else by trying to find the best way to put LED into a headlight.”

85 Responses to Seeing the light: the new face of street?