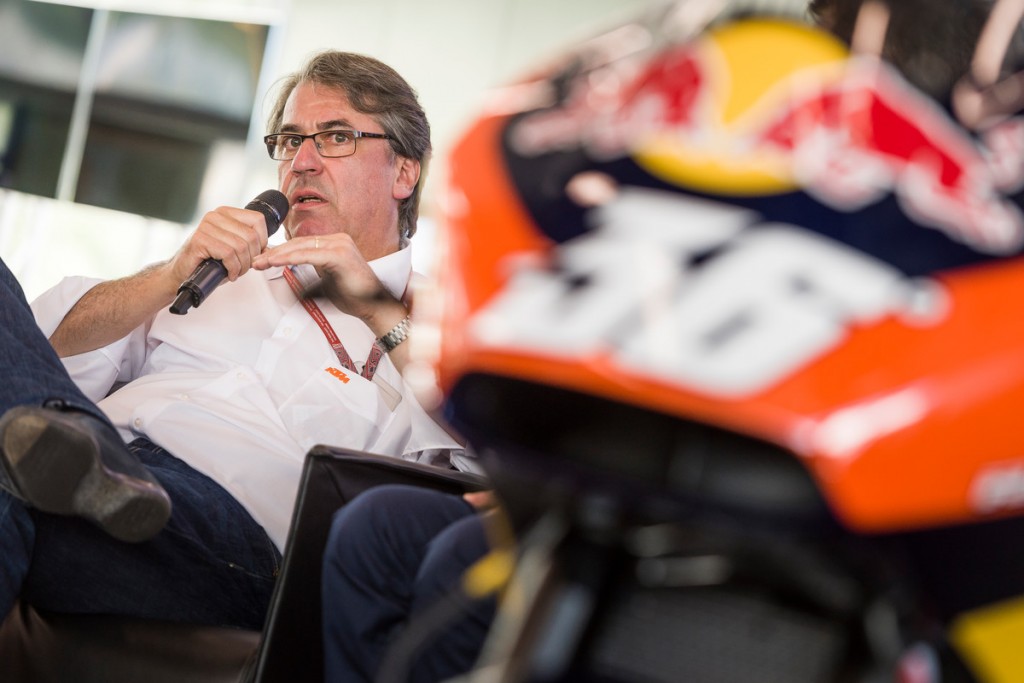 There was clear emotion in KTM CEO Stefan Pierer’s voice with the presentation of the company’s MotoGP ‘weaponry’ at Spielberg for the Austrian stop on the Grand Prix trail. The Red Bull livered KTM RC16 motorcycles were the star of the show but with Mr Pierer, Dorna CEO Carmelo Ezpeleta and KTM Motorsport Director Pit Beirer all talking about an important chapter in KTM’s story it was a decent opportunity to grab five minutes with the Austrian to ask about his own biking background … 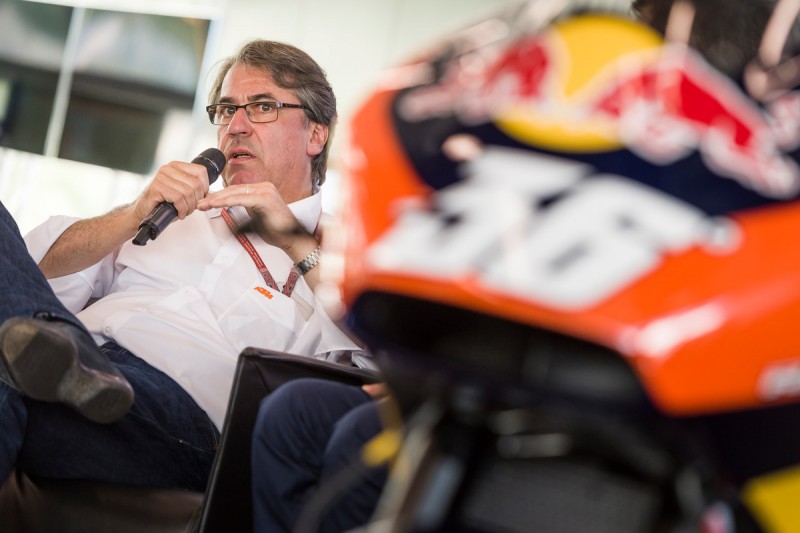 So Stefan, when did it all begin for you on two wheels?
“Forty-five years ago when I was growing up in the countryside without a powered two-wheeler you were [stuck] in the middle of nowhere! You were lost! It was a ‘must’ to have a bike to be part of the social community. So you started unofficially [riding] very early at thirteen/fourteen and it was kinda OK then … now it is forbidden. At sixteen I got my first moped, which fortunately was a KTM, so I grew up with that and onto more motorcycles but then you get older and start a family. It was almost twenty-five years ago that Heinz and Gerald Kiska brought me back to the motorcycle industry.”

Were your parents ever against your riding?
“No because when we grew up motorcycling was not perceived as that risky, especially compared to now and the traffic was not as heavy. I would say you had a ‘normal’ perception of motorcycle riding. I act as the Vice President of the European motorcycle industry and I am very often in Brussels and I can tell you that the politicians are pushing us; they say ‘fatalities are on the same level for bikes but cars are going down’. If you go into details you will see 50% of this statistic is not down to the motorcycle rider it is visibility and car drivers not understand visibility and things like acceleration. Basically there are many factors. My request is that people should also have some sort of motorcycle license [to be on the road] so they can know the risks.”

Did you ever get to the point where you tried racing?
“No, I was not at that level. A motorcycle for us was a ‘standard item’ … for sure you did your normal riding and commuting but you also had fun.”

Did you have any motorcycling heroes?
“Jarno Saarinen; he was a good rider. Then all the Americans. If you go through the tunnel at the Red Bull Ring then you will see them all commemorated on the walls. People like [Eddie] Lawson, [Kenny] Roberts, Kevin Schwantz. As a motorcyclist then following the racing was a ‘must’.”

What type of motorcycling was for you? Trail? Offroad? Touring?
“For me it was clearly offroad. It is only you out there and you just have to try your best … and not worry about traffic!”

Was there a point where you stepped away from riding for any reason?
“Yes, I would say the early ‘80s until ’91 when I came to KTM. I was very busy, studying and working to be an entrepreneur. Sometimes I think a bit of distance is helpful because you get a clear picture, maybe without the emotions. I still don’t have too much time now because I have a lot of responsibilities with the company, employees, support the racing activities and the possibility to decide strategic issues; it is big fun.” 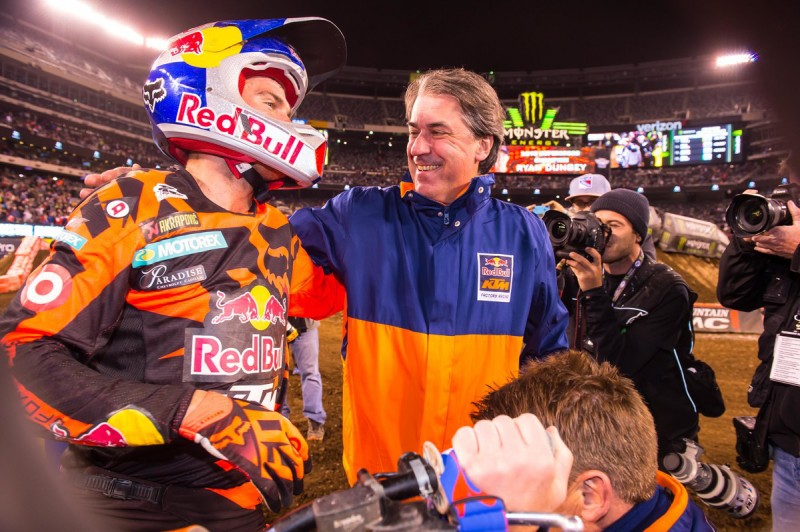 Was there ever a danger of a hobby becoming a job and then losing the passion?
“No, no. It is growing! When it [KTM] started in the early ‘90s I thought it was more a project about re-structuring, doing some good things and then selling for a good price but a lot of things convinced me to stick with it, especially the racing. It is so emotional and I was convinced to stay and since then it has been a part of my life.”

If you had nothing to do with KTM and were able to choose one of the bikes from the company’s vast catalog for Christmas which one would it be?
“For Christmas? It would have to be the 1290 SUPER DUKE R. It is the styling and the performance of the bike. It is one of the top bikes we have seen over the last twenty-five years. I think it defined a new segment within Naked Bikes and I think customers are so proud to have it.” 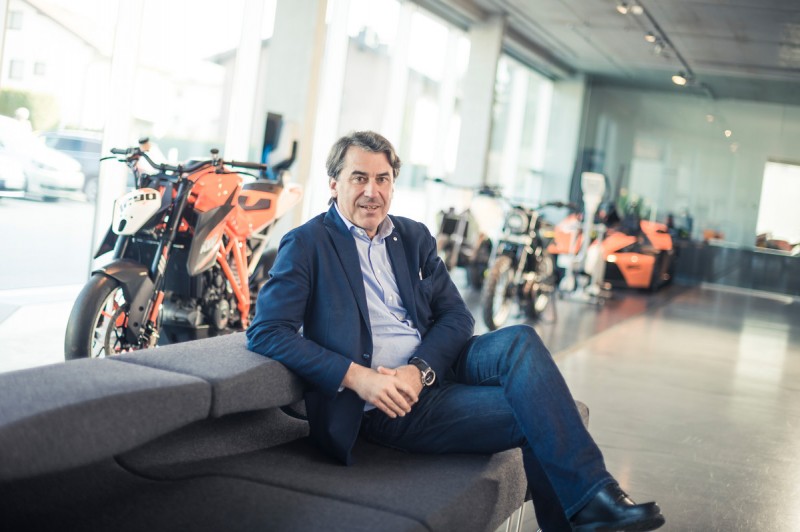 79 Responses to Stefan Pierer talks his own two wheels