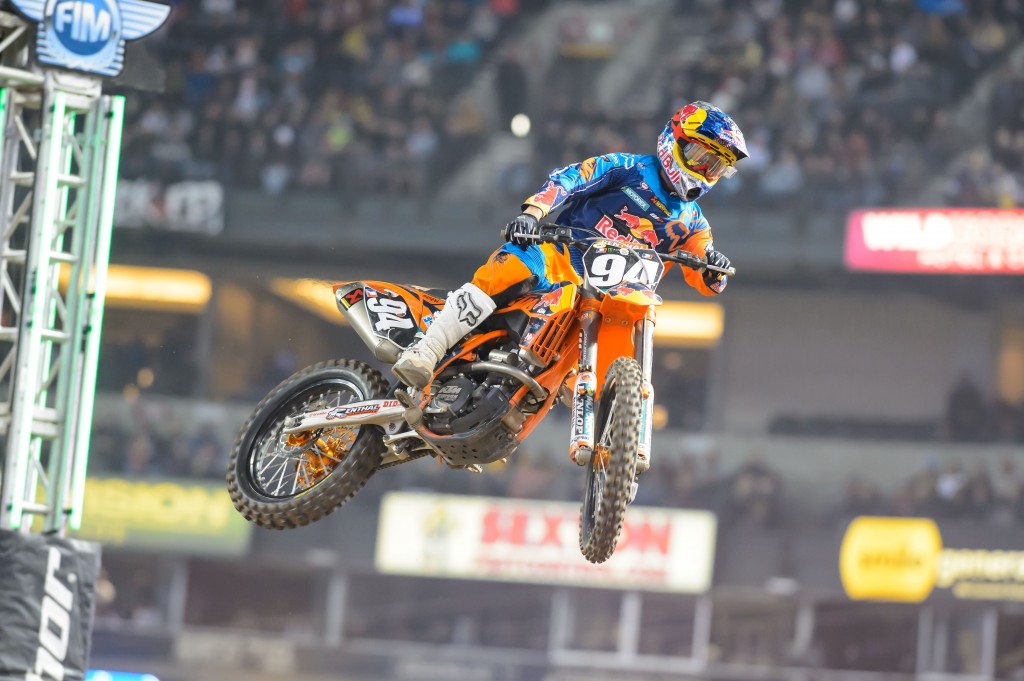 Ken Roczen leaps to his second podium result of the season after the first two rounds of the AMA-SX Supercross series; one of the most watched motorcycle racing championships in the world. The German has grabbed two trophies so far with his 250SX-F in the 250SX West Coast division.