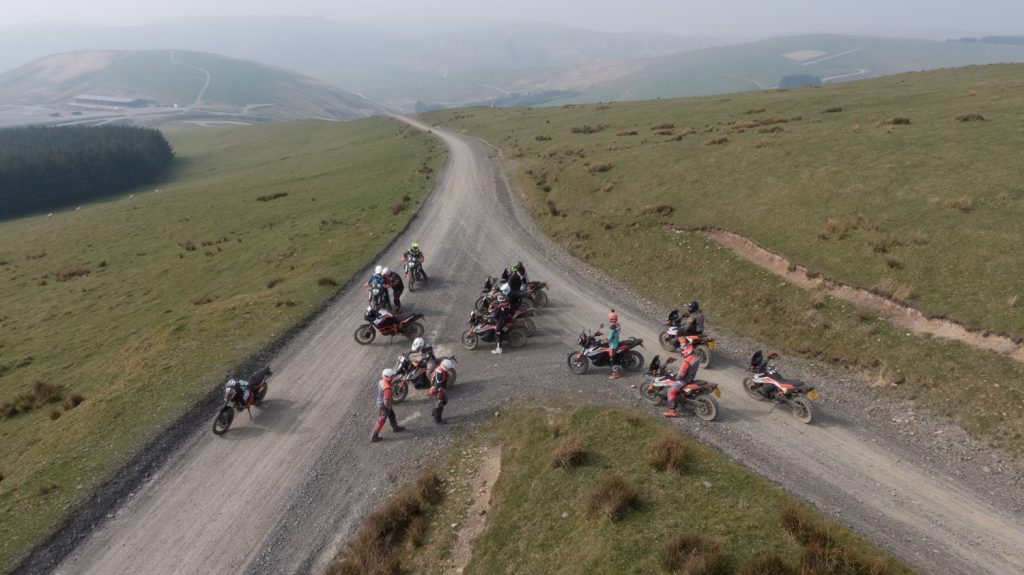 If you had to dream up the perfect environment for riding your new KTM 790 ADVENTURE R you’d end up describing the venue for KTM UK’s new Experience Partner, the Sweet Lamb KTM Adventure Bike Experience. Yes, the media launch for KTM’s latest bike was in the Moroccan desert, but sand is a very specialized surface. For most, the dirt is the ultimate destination – and that’s not in short supply at Sweet Lamb. 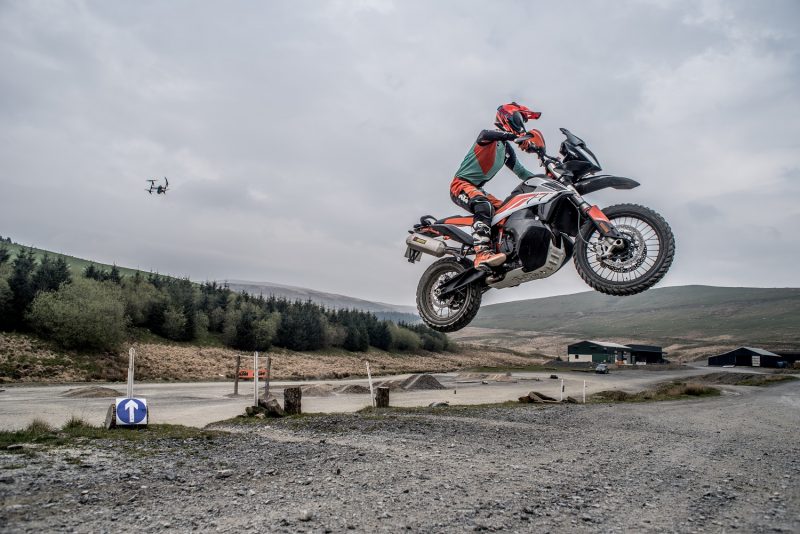 Located in the heart of Wales, just off one of the principality’s most spectacular roads, the journey to the venue is thrilling in itself. You’d be tempted to ride for another 20 miles to the coastal resort of Aberystwyth, but a bigger challenge awaits those with an adventurous streak and a willingness to develop some serious offroad skills. As soon as you turn right off the main road and onto the property an incredible area awaits. If you’ve signed up to a course you can kiss goodbye to the tarmac for the next two days.

Sweet Lamb covers 6,600 acres of land that, when it comes to farming, only sheep can take advantage of – but thankfully the woolly livestock don’t have the place to themselves. The landowners are petrol heads at heart and have opened the farm to those willing to take on the terrain. It’s the home of the showcase stage of the British round of the World Rally Championship, famed for its jumps and water splashes. This means that the tracks, trails and turf easily lend themselves to those on two wheels looking for a challenge. 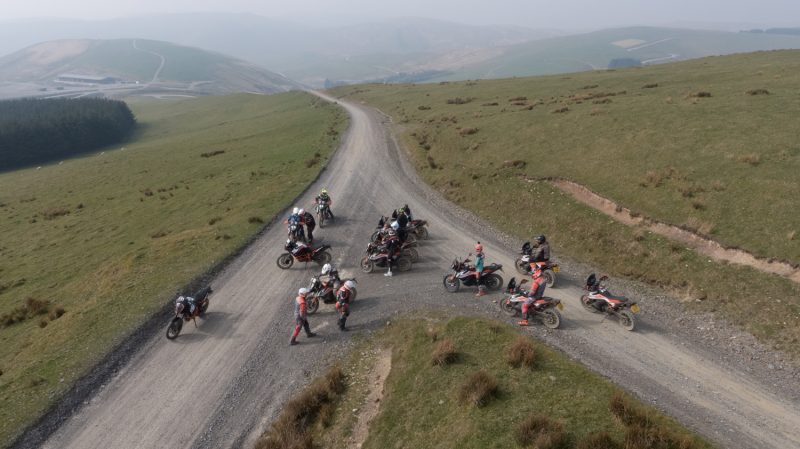 For the last few years, a small adventure school was operating on the site run by Mark Molineux, a former enduro and rally racer. Moly, as he’s known to everyone, wanted to release the potential of the site with an adventure bike manufacturer – and there was only one he was interested in. “I’ve been approached by a lot of manufacturers to use the land and the facilities at Sweet Lamb, but I was only really interested in attracting KTM as the ADVENTURE range is the best in the business. I didn’t want to settle for anyone else.”

KTM UK were first brought to the site when they were looking for a venue to host their first Adventure Festival in 2018. Once they saw what Sweet Lamb had to offer it was clear that their search was very quickly over. “We came to look and ride the site when it was covered in snow, but even under a white blanket it was clear that our search for an amazing venue was over,” says KTM UK’s Marketing Manager, Simon Roots. The festival was held later in the year, where 75 KTM fanatics – and special guest Chris Birch – explored every inch of the land available over the course of three sun-filled and fun-packed days. From the amazing feedback from the event it was clear that there was a huge demand for much more Orange activity on the land. 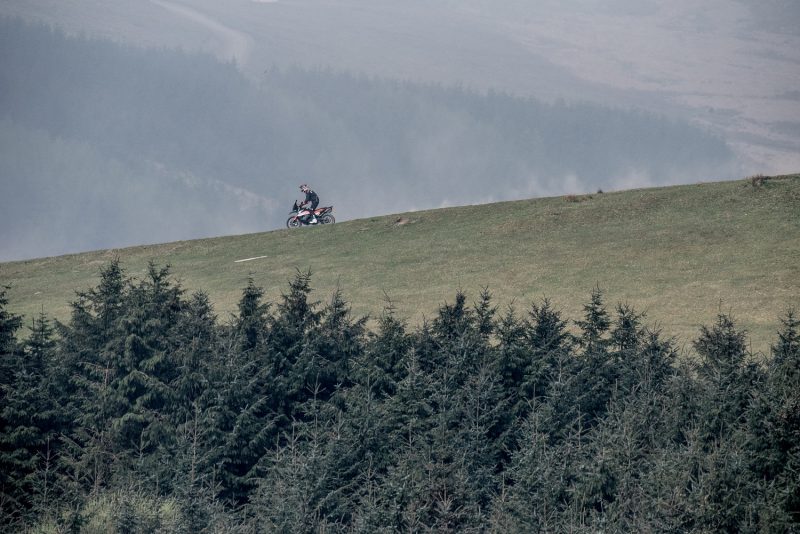 After the dust had settled (literally, as the festival was held in a rare heatwave in mid-Wales), Sweet Lamb came up with a proposal to become KTM UK’s first Adventure Experience Partner. With KTM UK’s Experience Partners running motocross, enduro and FREERIDE E projects, the last piece in the puzzle was an Adventure Experience to not just join the competition – but to surpass it. Knowing that the game changing KTM 790 ADVENTURE R was soon to be released, KTM UK worked with Sweet Lamb to develop a two-day, multi-level Adventure Experience that would enable both novice and experienced riders to tackle terrain suitable to their talent – all set against the greens and greys of the spectacular landscape.

Moly has a massive ally in his corner – the landowner, Jonathan Bennett. Between them, they dream up new routes to carve through the landscape. Whatever free time they had last year was spent cutting through the mountainside to create a new three-mile long route – the aptly named ‘New Road’. They’ve also developed an incredible skills area that certainly puts the fun in functional. More fundamentally, the safety side of riding on the vast site has been honed to ensure that everyone is kept safe at Sweet Lamb. After a winter spent honing the syllabus, building a new headquarters and taking possession of ten new KTM 790 ADVENTURE Rs and a pair of KTM 1290 SUPER ADVENTURE Rs the Sweet Lamb KTM Adventure Bike Experience was ready to open its doors – first to dealers and press, and then to its first customers. 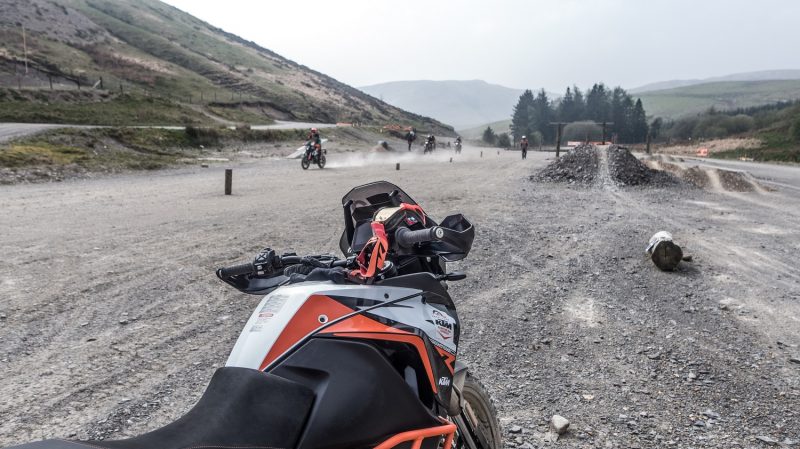 A common theme is developing with everyone that comes to Sweet Lamb. Once people have parked, the spin round on their heels to take in the views and you can see their mouths go ‘wow’ before they do another 360-degree gaze at the landscape. The KTM dealers pioneered this reaction and were in rapture about both the bike and the venue. They returned to their shops to spread the word to their customers about what the KTM 790 ADVENTURE R is capable of and how impressive the venue is.

The press, too, were enthralled with what the venue could offer, the standard of teaching and the insane ability of the KTM 790 ADVENTURE R. A wide spectrum of ability came to the press day where novices quickly gained confidence thanks to the balance and refined manners of KTM’s latest ADVENTURE machine. Those with more experience under their belts could exploit the power, WP suspension and electronics of the bike to push their riding forward. All, however, could see that the venue is the best in the UK thanks to the range and scope of the riding available.

The most telling praise, however, came from the first group of paying customers. Of the ten that came, four rebooked on the spot having developed skills and experience they had never dreamed of. Others have since rebooked too, meaning that Sweet Lamb’s initial customers will have moved from the bronze to the silver level. Orange level is next, then an Orange Pro event will be the pinnacle of the school’s teachings. This is where KTM’s READY TO RACE attitude comes in, with Sweet Lamb bringing in top riders for schools with racers and ambassadors for the ultimate in fast-track learning. 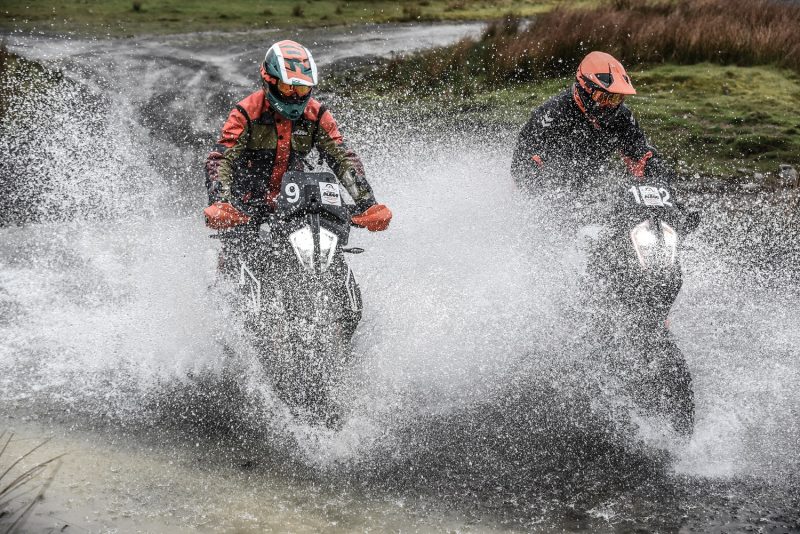 Because the ultimate in offroad machinery is supplied, the Sweet Lamb Experience appeals to a wide group of potential customers. Firstly, there are those that have bought a new KTM 790 ADVENTURE R or a KTM 1290 SUPER ADVENTURE R who want coaching and experience of what their machine is capable of. It’s also an opportunity for those curious about the bikes to demo them in an extreme location. Then there are those looking for a new experience in a stunning setting or to engender confidence in a variety of different conditions. If you’re looking to participate in the KTM Ultimate Race on a KTM 790 ADVENTURE R then the training offered here could get you on the flight out to Morocco! It’s a two day course, but you can also easily spend a week exploring the area on public trails and tarmac roads, putting into practice the knowledge imparted to you at Sweet Lamb.

The Sweet Lamb KTM Adventure Bike Experience has hit the ground running, and with word of mouth, media reviews and dealers all evangelizing about the event it’s sure to make a huge impact in the UK. For more information on the event then head to ktm.adventurerallybike.co.uk. 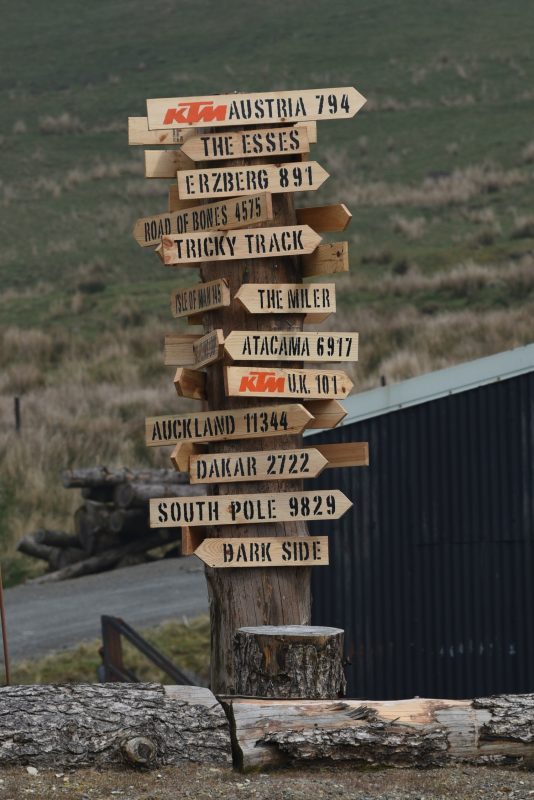