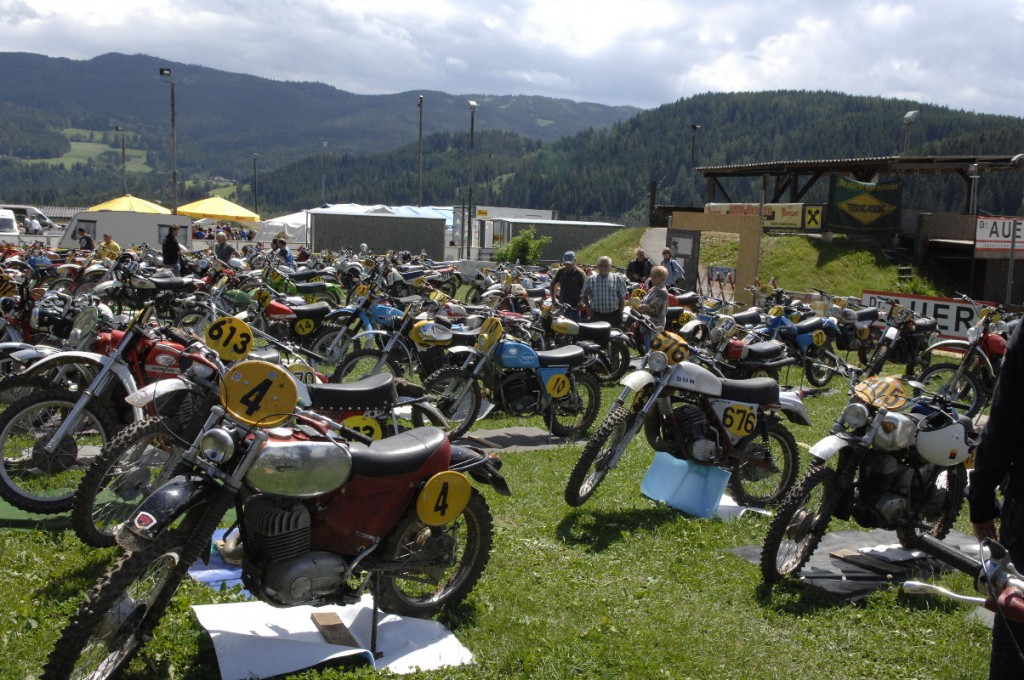 Only a few days before the launch of the KTM 2015 EXC model range in the Romanian town Sibiu, a different kind of presentation took place in the Austrian town Mühlen. The European classic elite and their historical enduro bikes met in Styria to contest for points and positions on the history-charged trails. Unsurprisingly, even in those days, there was no way around KTM if one wants to step on the podium. 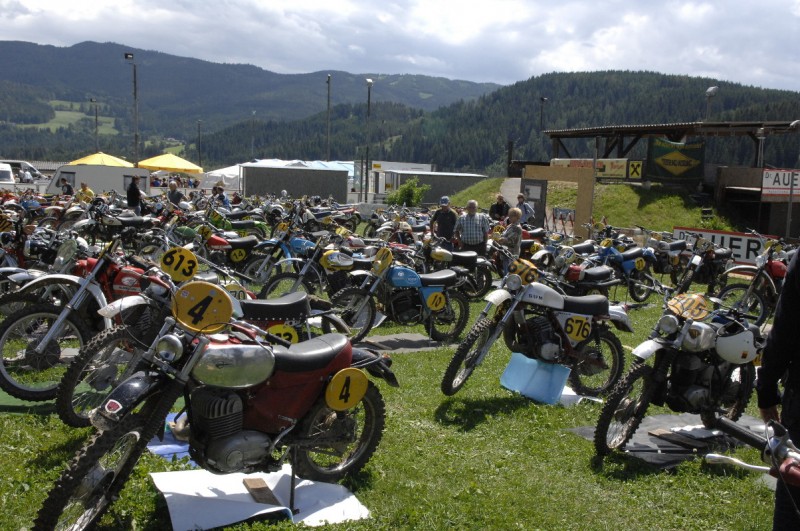 Alfred Steinwidder, promoter and chairman of the enduro seniors Austria, was happy to welcome more than 140 enduro riders from eight countries. After last year´s debut event, it quickly got around that the event in Mühlen is an event organized with much blood, sweat and tears. The event offers a demanding track at its best, which was the venue of a stage at the 51st ISDT almost 40 years ago.

Therefore, it was no surprise, that the old guard spared no efforts to be on-site. In 1973, Jaap Lanting, the Dutch Six Days veteran, who already competed in the Dutch Silver Vase team in Dalton/Massachusetts on a KTM 175cc bike, even tackled the 1,100 km of arrival just to race the two 50 km laps in the mountainous territory, with which he usually isn´t familiar as a lowlander.

Beside riders from Switzerland, Italy, France and Belgium half a dozen English enduro riders crossed the English Channel. With more than 60 participants, the German classic bike friends represented the strongest team, even stronger than Austria with the current National Champion Bernhard Walzer. 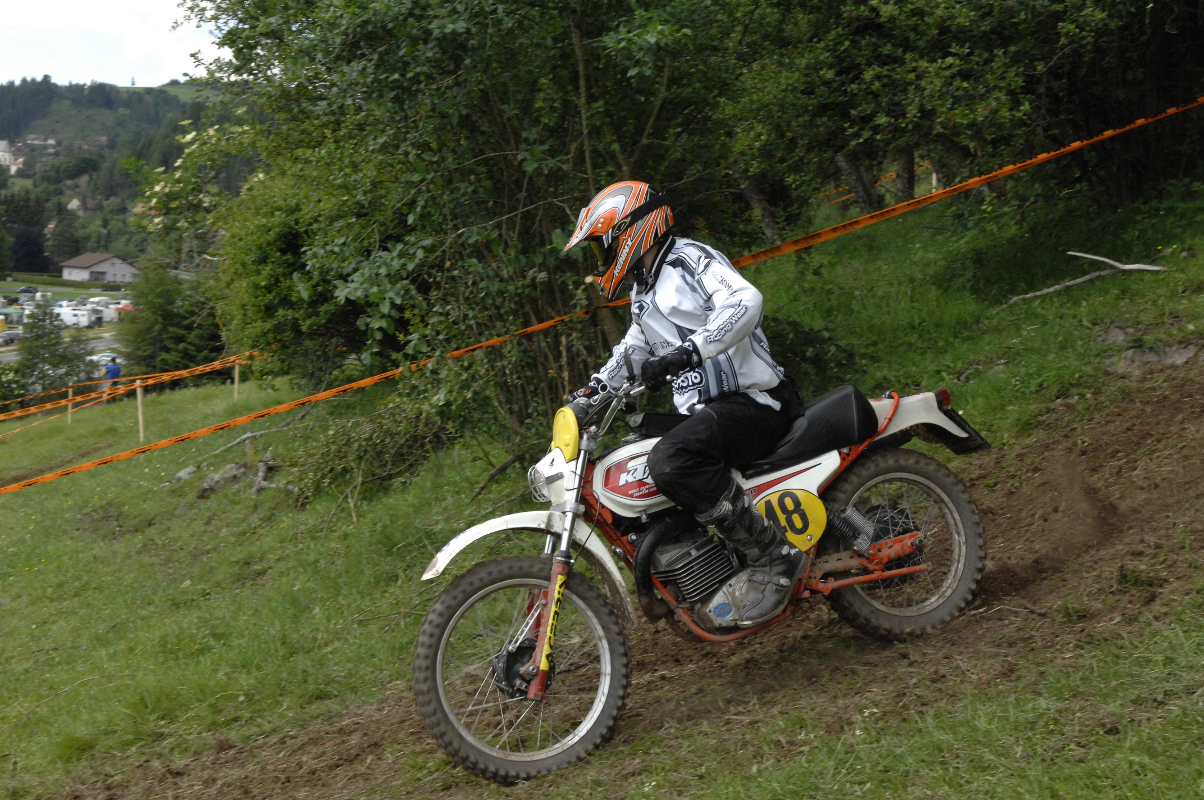 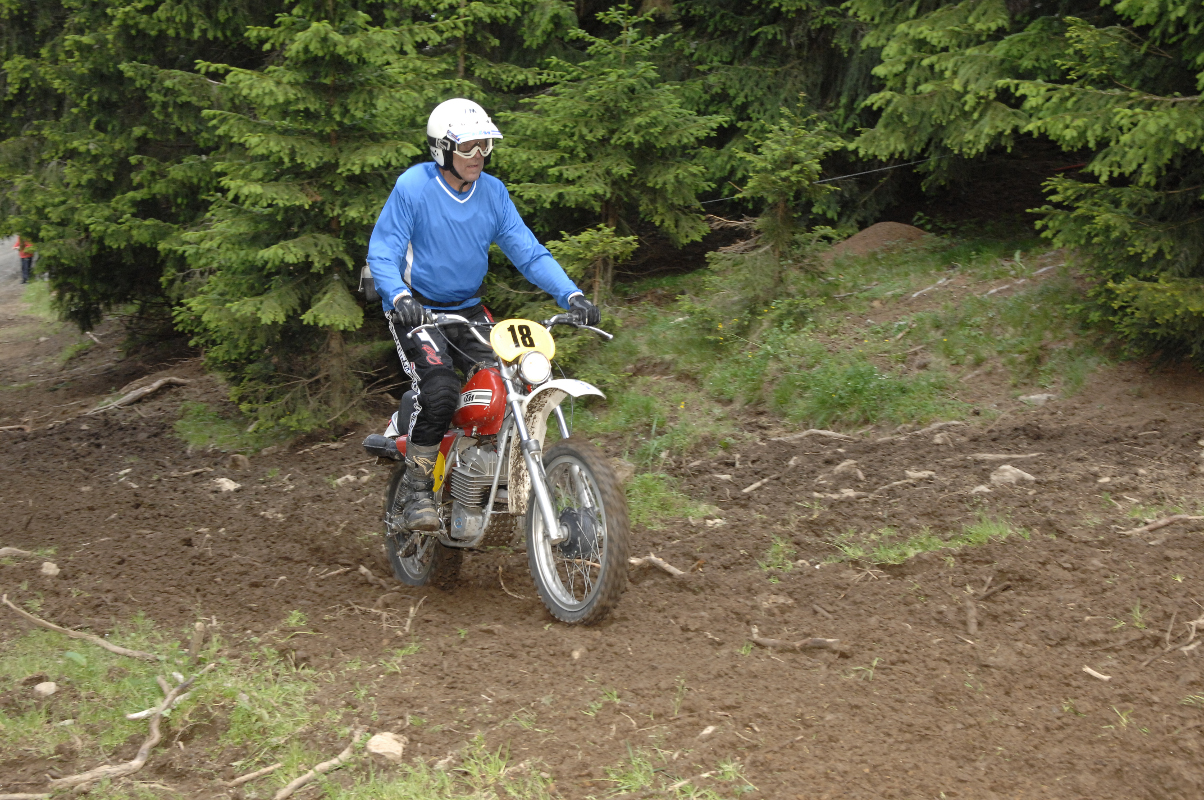 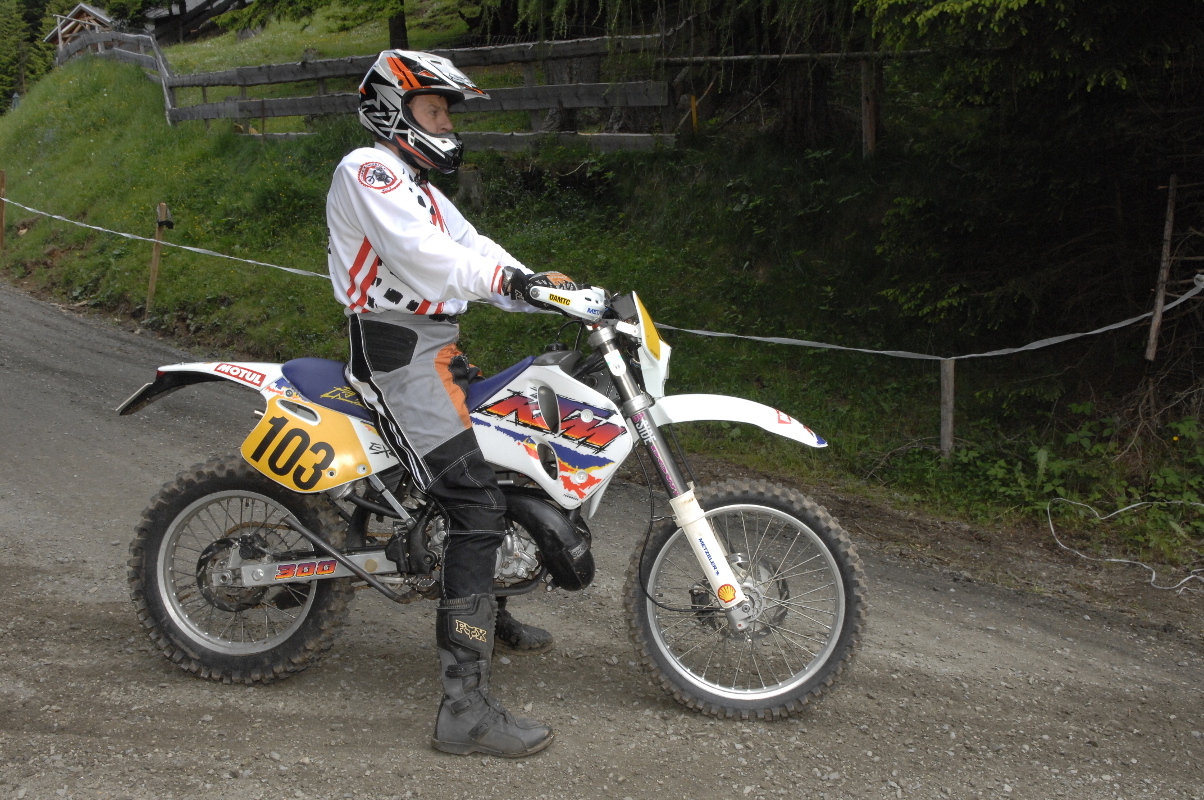 Isny, Zschopau, Bergamo or Brioude – these names make the enduro friends´ hearts leap for joy. At a time, when today´s enduro sport was called “offroad sport” or “reliability” these places had been the stronghold of offroad sport. Not surprising that these places had been the venues of the first events for historic bikes more than 20 years ago. Today it is not uncommon that 300 riders participate in those classic events.

The regulations are simple and comprehensible. Air-cooled, drum braked “twin shock” bikes are allowed in the classic category; in addition there is a category for modern-era classic bikes which allows modern technology. The modern-era bikes does conceptually not differ from modern enduro bikes. Upside down forks, water cooling and monoshock suspensions are allowed. For greater fairness within the different groups there is an “age bonus” – an age-dependent time credit for riders and bikes. Of course the track can be demanding, but the event promoters always keep in mind that the spare parts for these lugged-tyred rarities could not be easily purchased in the next shop.

After passing the acceptance test the bikes were wheeled into the parc fermé. Not even in a museum one could marvel at such a gathering of offroad classic bikes. Many of the manufacturers do no longer exist; KTM is one of the few brands that still offer competition bikes. 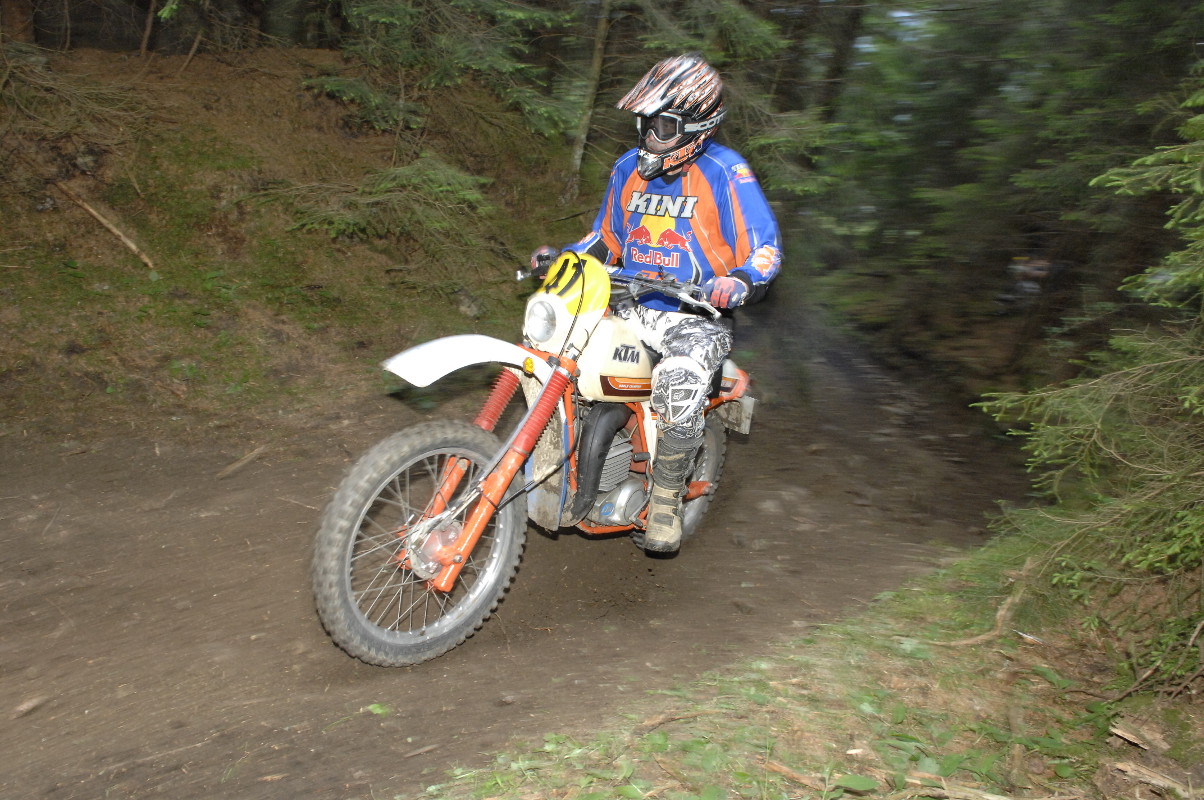 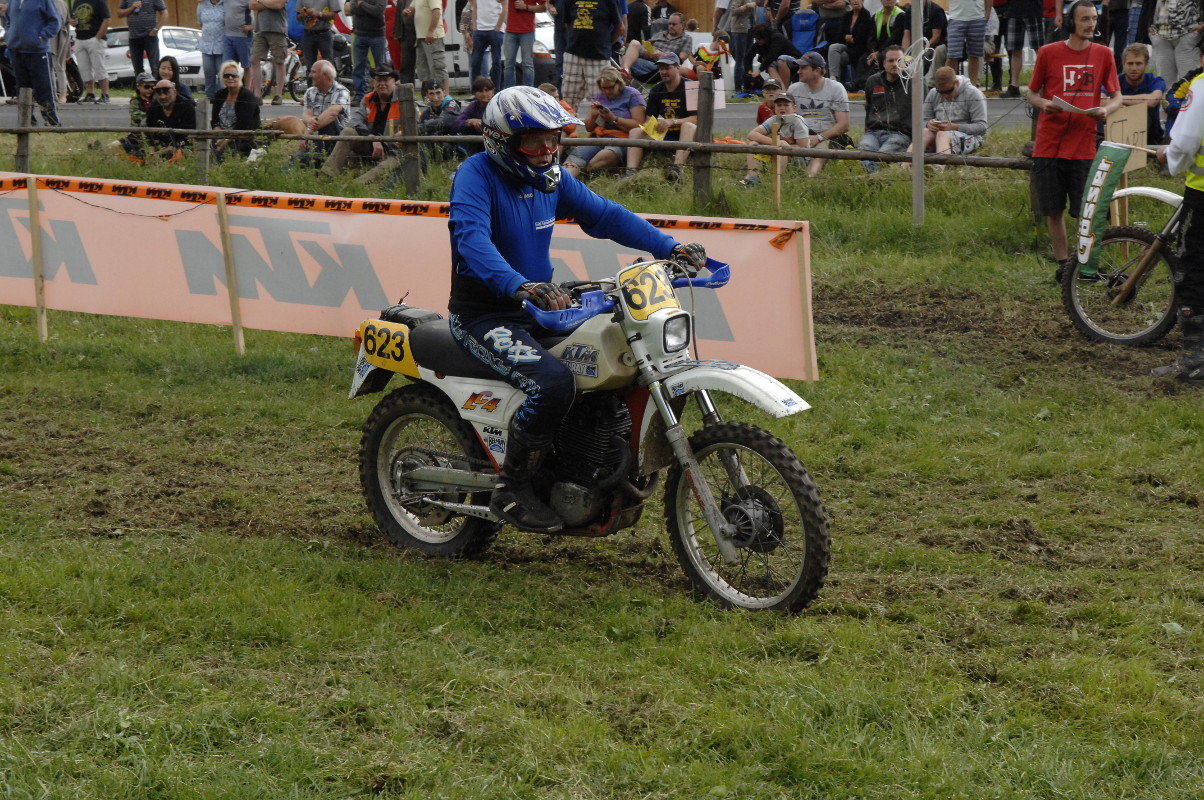 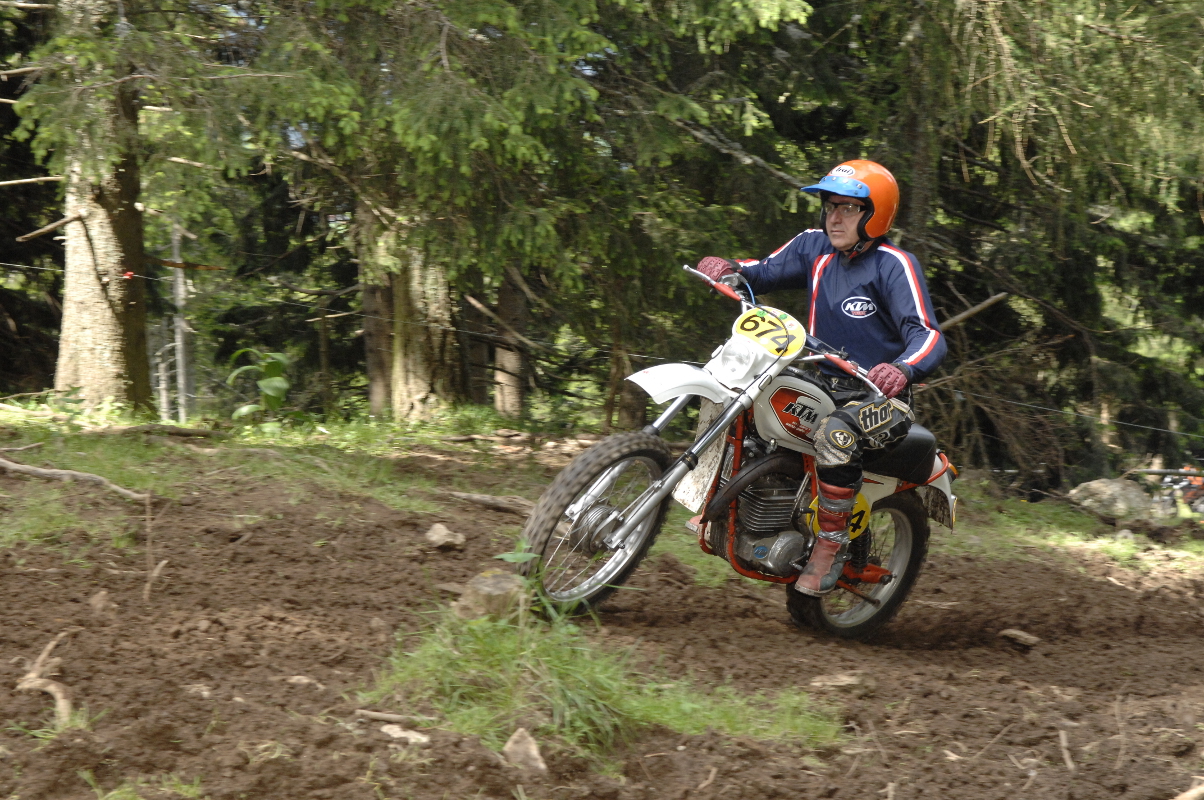 08:50 am: The track speaker called on the first riders to pick up their bikes from the parc fermé and make it to the start line within ten minutes. Two riders per minute jointly went on the track. They had to work through 50 kilometres of gravel paths and rough terrain. Riders that are already tired after one lap could spare the second lap without being dropped from the points. Those riders who only completed one lap are listed in a separate category. Compliments to the promoter for this “”vintage friendly” idea.

The first milestone was the Tonnerhütte at a height of 1600 metres after mastering some demanding climbs. Already before the timekeeping the riders needed to pass the first special stage. A climb riddled with roots and stones had to be mastered as “non-stop” section. The time designated for the first stage was more than sufficient and enabled the riders to have a sip and check the bike prior to the first timekeeping before they entered the track again. 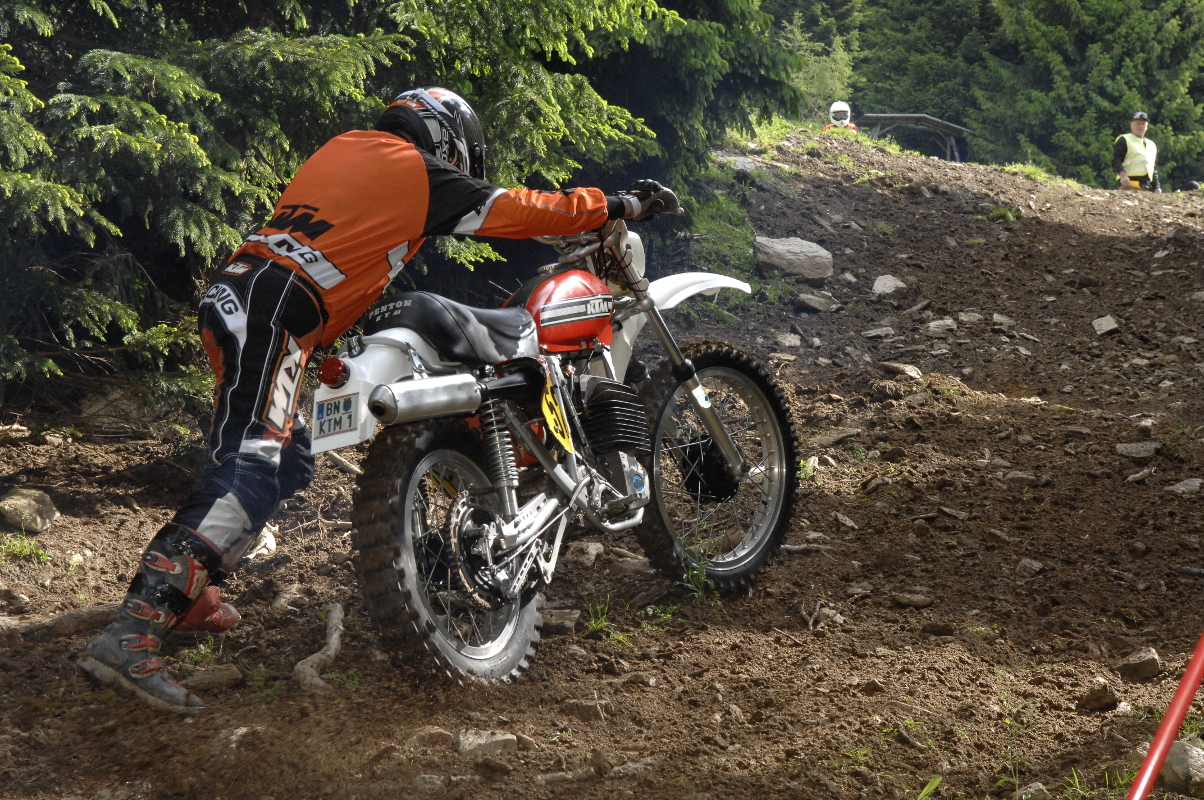 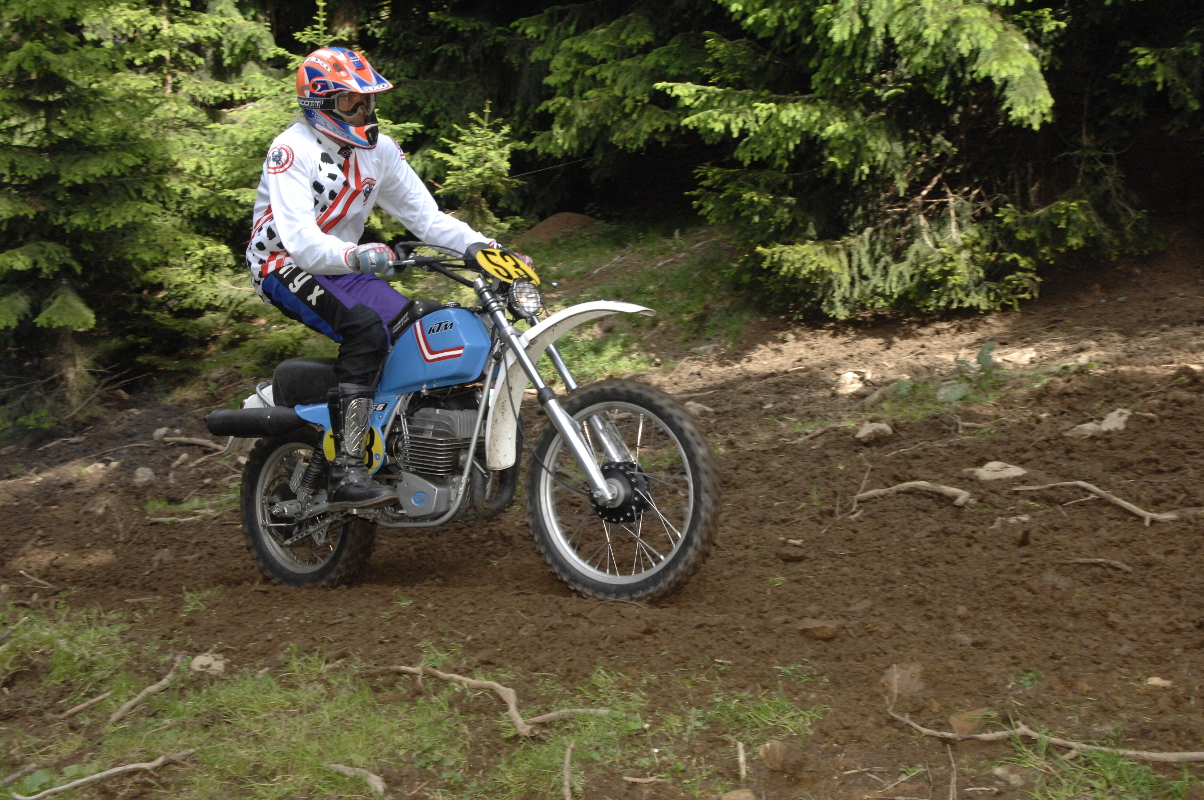 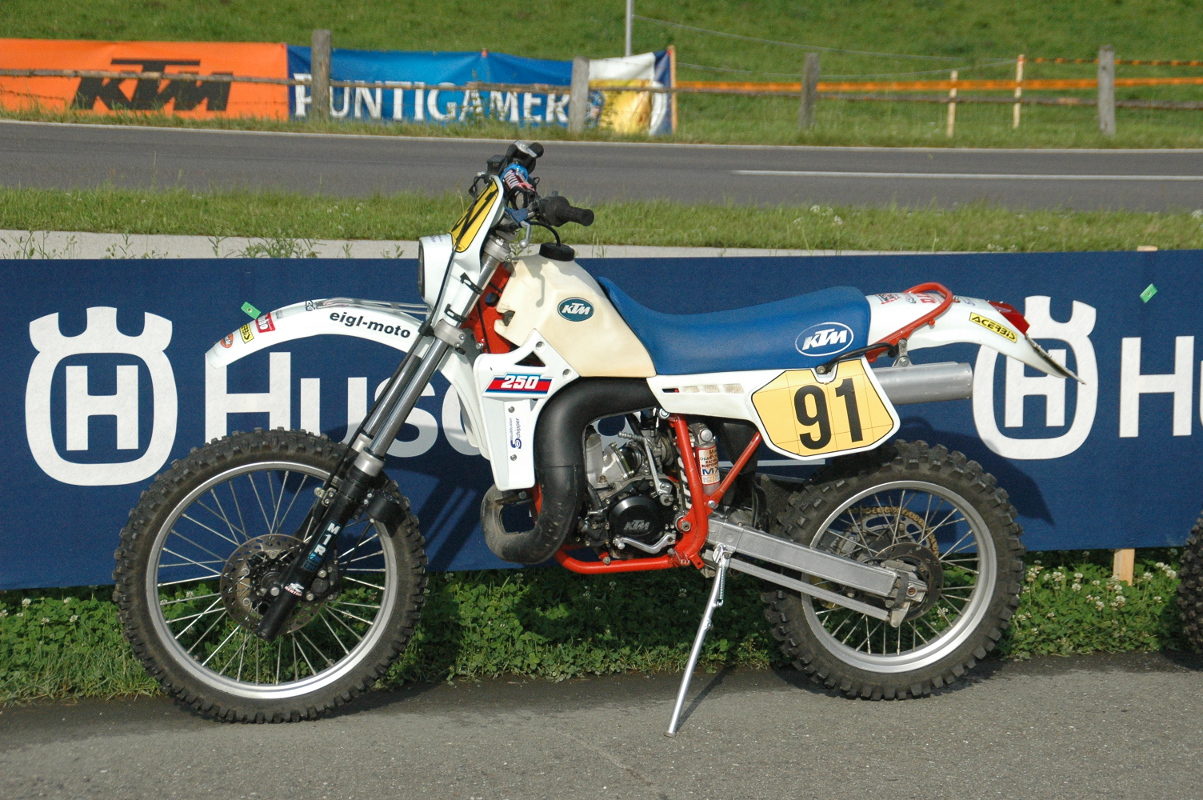 The event´s highlight was to be expected for the afternoon. After arriving in the finish area the riders were send to the final stage test. The slowest of the previous tests were the first to start on the sloping meadow, followed by the faster riders. The three fastest riders of the respective class were appointed on the “Leader´s Board”. This way the tension among the numerous spectators was guaranteed to the last rider.

To the regular guests on the “Leader´s Board” belonged the KTM riders. 25 KTMs competed in overall eight classes – at the victory ceremony four of them were crowned as winners, three other KTM riders on the podium proved that the KTM oldies are still fast and reliable. 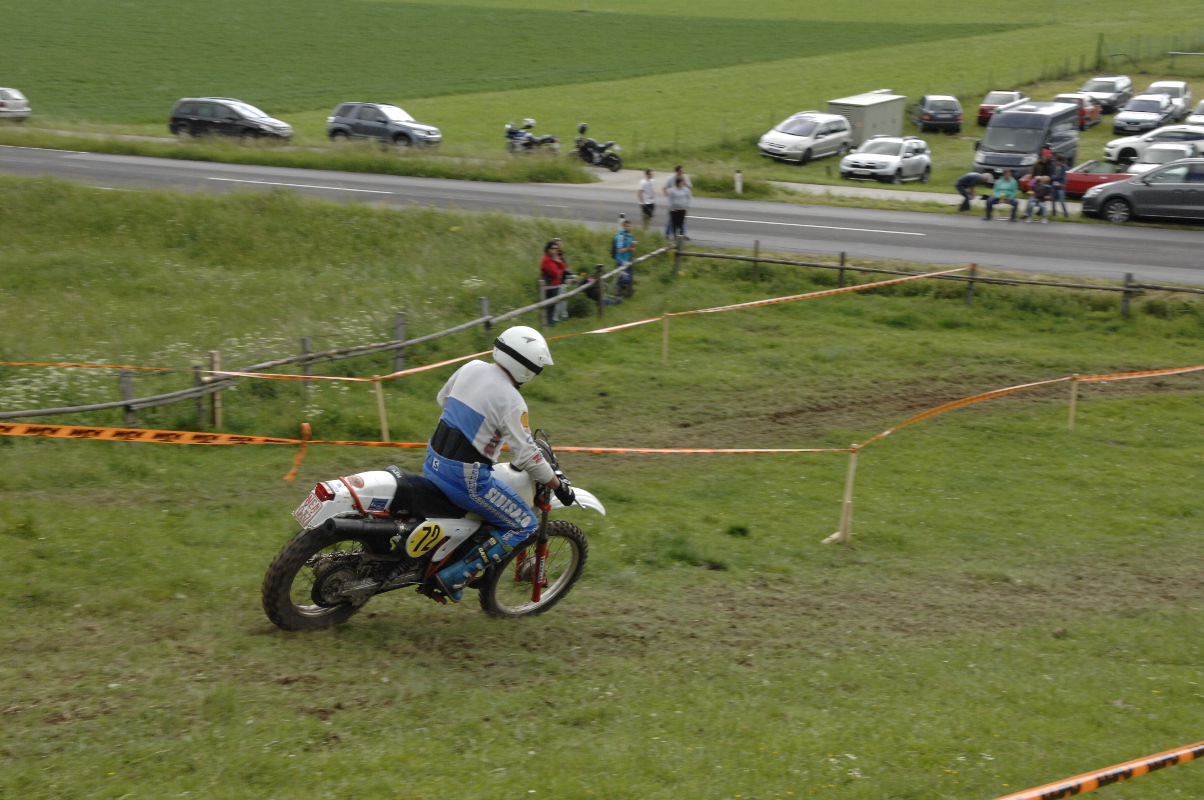 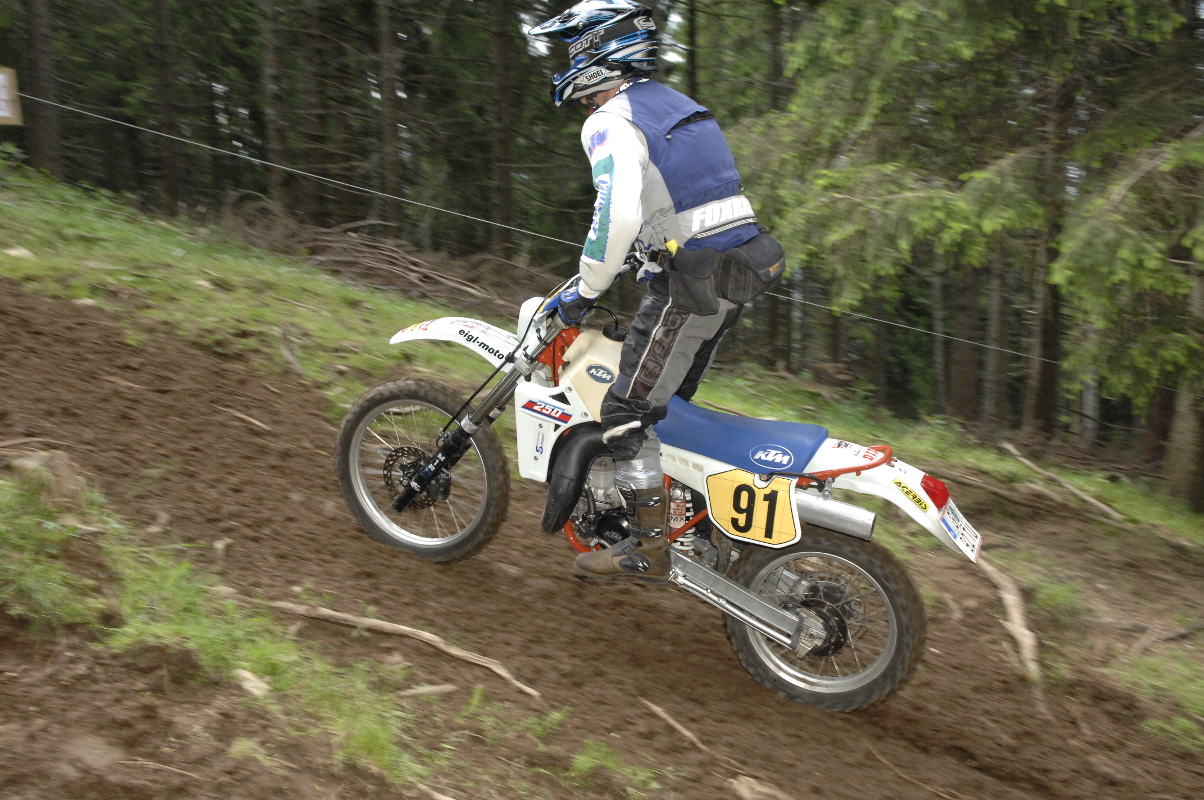 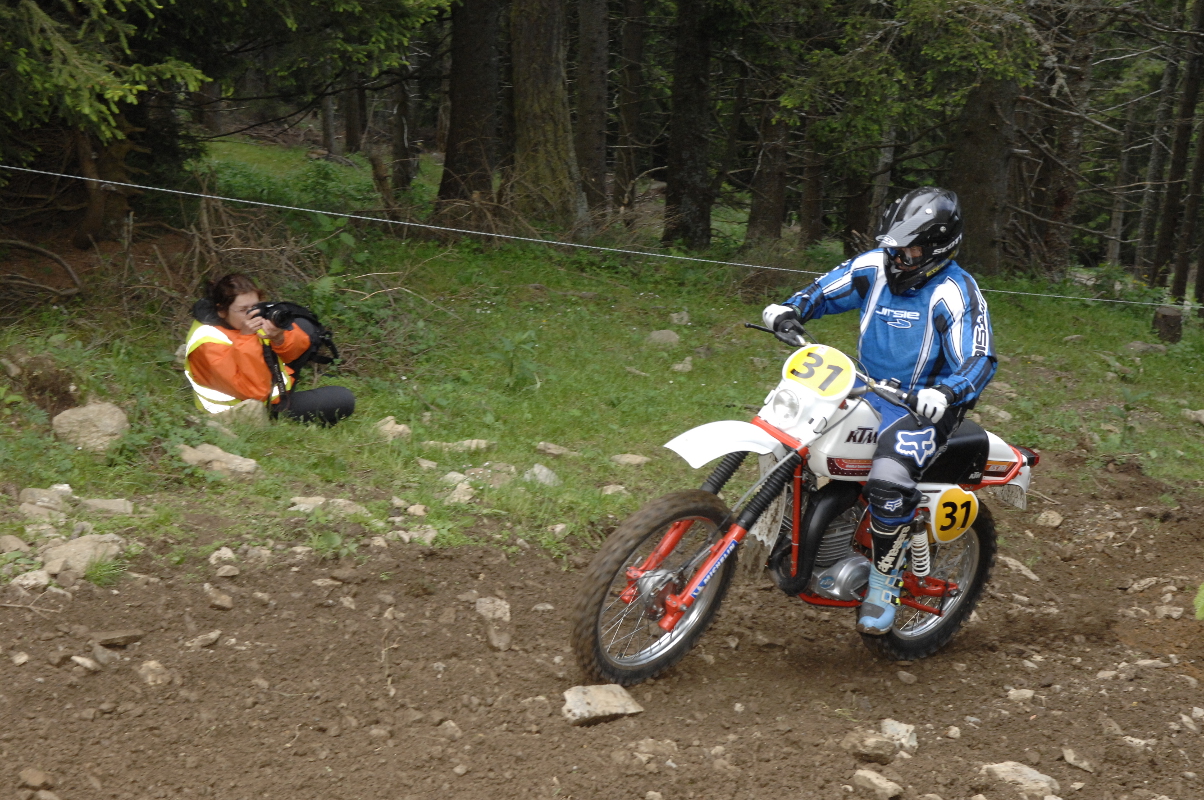 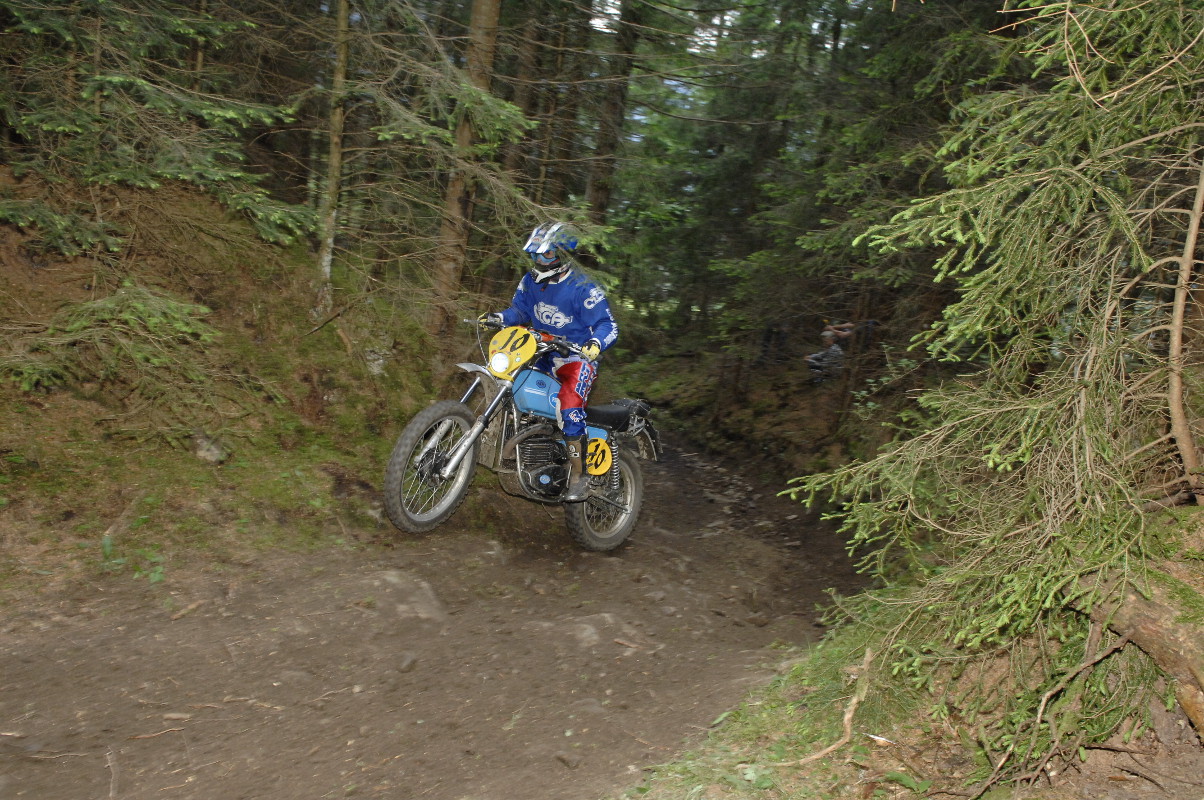