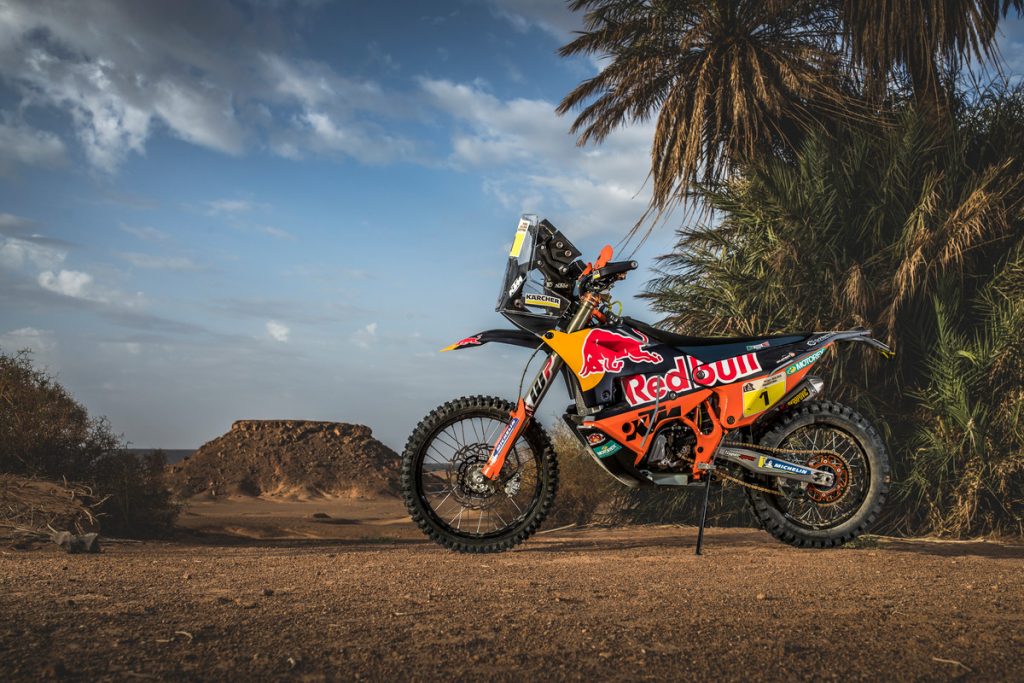 Stefan Huber, the KTM Factory Racing Rally Team Leader, is a rally expert and master of development for a machine that has to survive and win one of the toughest motorcycle challenges on the planet. With environmental extremes from the incredible heat in the desert, to the freezing temperatures and high altitude in the mountains, plus dunes, technical riding, hardpack, sand and sometimes mud, Dakar racers need a bike that can do it all whilst remaining reliable over thousands of kilometers during the 14-stage race. 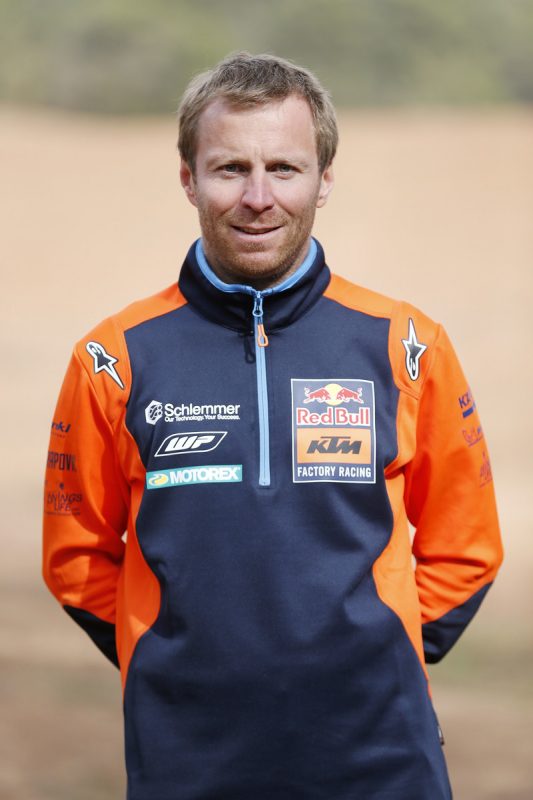 KTM has won the last 17 Dakar Rallies. The team is characterized by a strong work ethic, motivation, knowledge and experience, as well as a line-up of talented riders; for sure, these are major factors in KTM’s long-standing success at a race in which anything really can happen.

But central to the success is the star of the show, the KTM 450 RALLY factory machine. Serious innovation, special technical features and the only bike to be developed specifically for rally, this is the ultimate machine when it comes to rally competition. The bike is a setup compromise of many things for all terrain, for full or empty loads of fuel, for hot and cold conditions. Testing is a key part of KTM’s rally program, whether at a world championship race or at one of the team’s test facilities, the focus is always in some way towards the next Dakar.

“In the morning of the race you can start in the dunes, and then in the afternoon you’re on the hardpack ground at Dakar, so you have to have a balance. The riders have some adjustment they can do while they are riding with some clickers on the suspension, but their setup is basically a compromise,” said Huber. 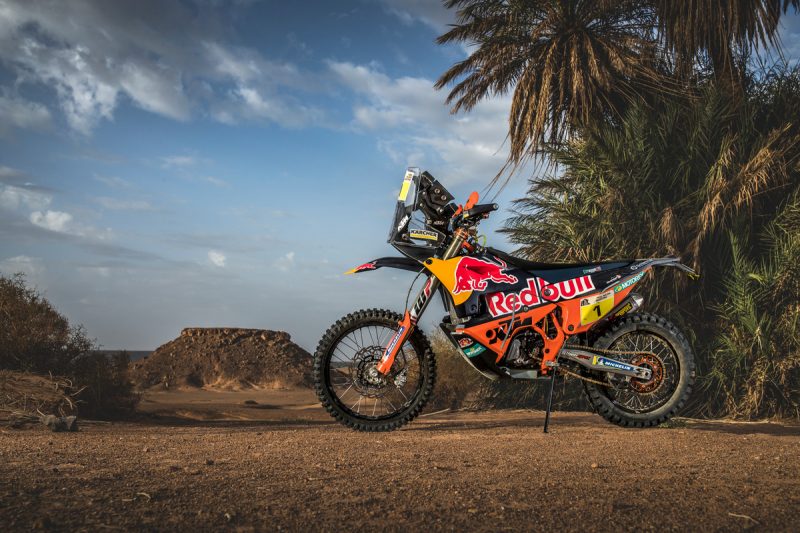 This year saw the latest generation of KTM machine race Dakar and succeed. With a new era of riders emerging since the Marc Coma and Cyril Despres days, bike development has gone in a new direction. And with three Dakar winners in the team, the challenge is to find the revolutionary sweet spot when it comes to a factory race bike that suits every rider’s style and preferences.

“With the latest generation of riders in the team our focus for the factory bike was to develop a bike around these riders to suit their riding styles. We looked for improved handling, lower weight and a bike that also meets the demands of the conditions and intensity we now find at Dakar. The enduro style with lots of speed, and dunes followed by high altitude stages is where we made a big focus,” continued Huber. 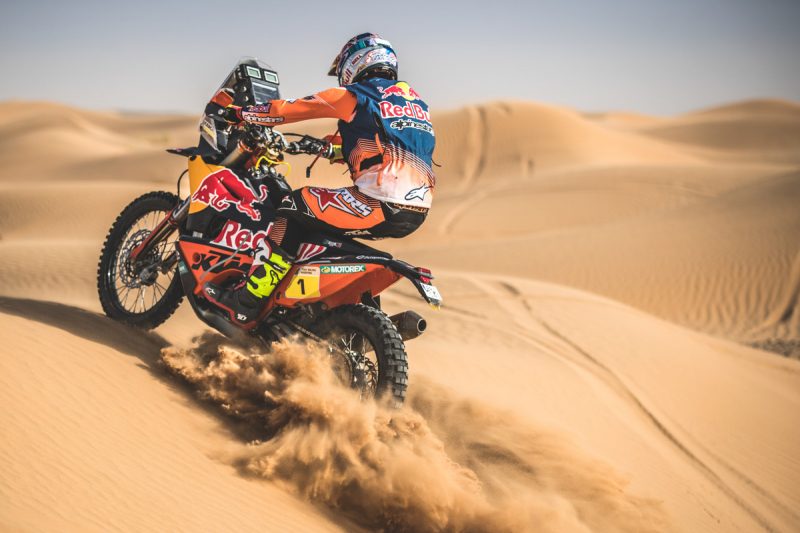 When it comes to testing and development with KTM R&D input, Huber and his team in the KTM motorsport division utilize masses of knowledge to create the bikes that will take on the toughest of challenges. Design agency Kiska works with both KTM R&D and KTM motorsports on the overall ergonomics of the bike, and the WP motorsport department is a key factor in development of the frames. The work never stops, as they say; after the race is before the race.

“There are always things the riders are searching for so we work on the frame, new swingarm ideas, different stiffness in the chassis and so on. Maybe one rider wants comfort, maybe some want improved turning, and we also work on the electronics like the traction control for example. We use a lot of calculation software and listen to the requests of the riders to keep moving in the right direction, whilst also winning races.”

“We do a lot of the development in motorsport, Kiska works with us on the development of the bodywork and the engine base is from motocross, although we modify it further to suit the demands of rally and the setup of the bike. The WP motorsport department works closely with us to develop the frames. We use calculation software to consider the stiffness of the frame and eventually we produce a base for testing to see the direction we want to go. The riders are always searching a lot for comfort especially for the long stages.” 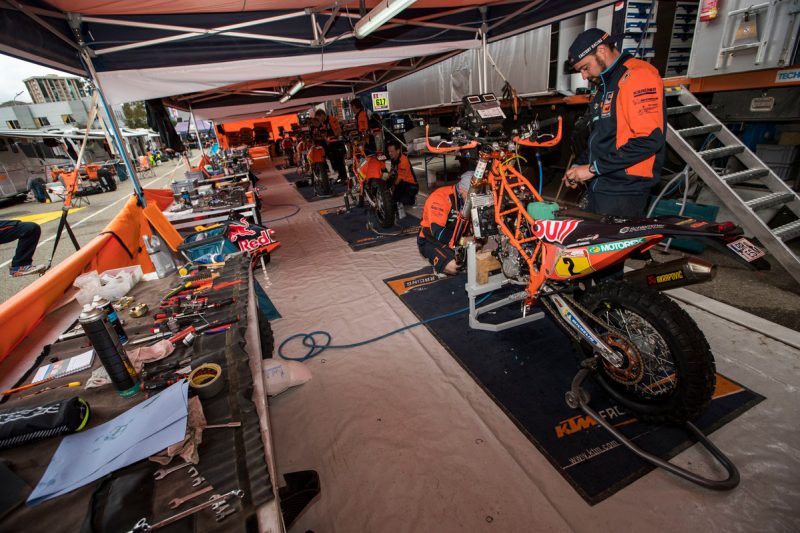 With lots of different characters in the team, including the incredible Laia Sanz who steered her KTM steed to complete her eighth finish from eight Dakars with a 12th place overall in January, we asked Stefan who is the most useful when it comes to testing.

“In the team there are some really different characters. Some have a better feeling for testing and we can get more information from them. Some are more different in the approach, but we have learned over the years you get one guy to give the feedback if he is stronger in this area, and another one to confirm – sometimes you have to push a little for the information and take an average feedback from all of the riders.” 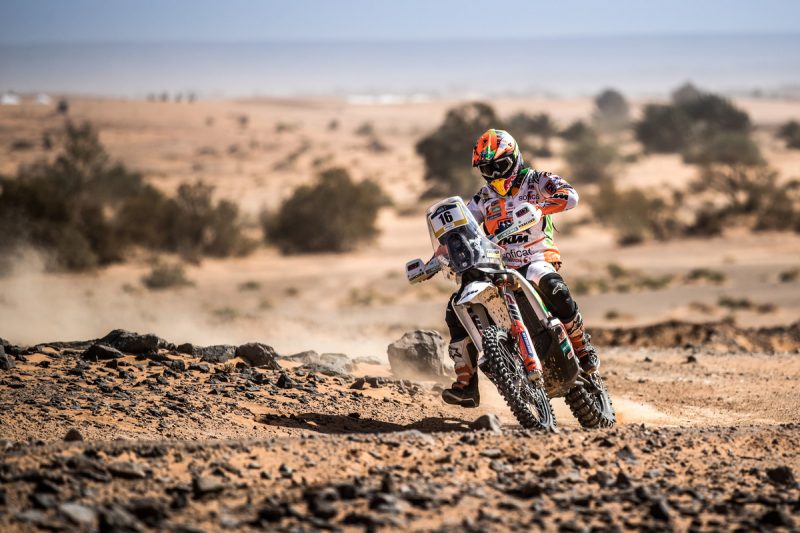 Former rally star Jordi Viladoms is the Rally Team Manager and also the Spanish ace still takes part in some long-distance testing for the KTM rally team such as putting many kilometers on an oval to develop the front mask and aerodynamics. Part of the test process in addition to the test benches where engines can be run to failure to see where improvements can be made, is to ride the bikes literally until they break or far beyond their planned usage to look for any weakness or areas that can be improved.

“Last year we did an endurance test on the test bench for the engine. With the transmissions we must do the testing physically, because on the test bench we can only run in one gear. We do hard testing on the engine and last time we made 1000’s of kms in a dry lake, where it was 50 degrees or more. The factory riders do this. It’s tough on the riders, I know it’s not really enjoyable for them spending so much time riding just to put hours and hours on the bike, but it is necessary for us to know the outcome for the best possible development for Dakar.”

With every year it’s a huge pressure and a challenge to maintain KTM’s incredible win-record at Dakar, but the work is continuous and the motivation is high. In the months between each Dakar race hours and hours of testing and development ensures that KTM remains at the forefront of rally technology, while also striving for wins in the FIM Cross-Country Rallies World championship. We look forward to Dakar 2019!