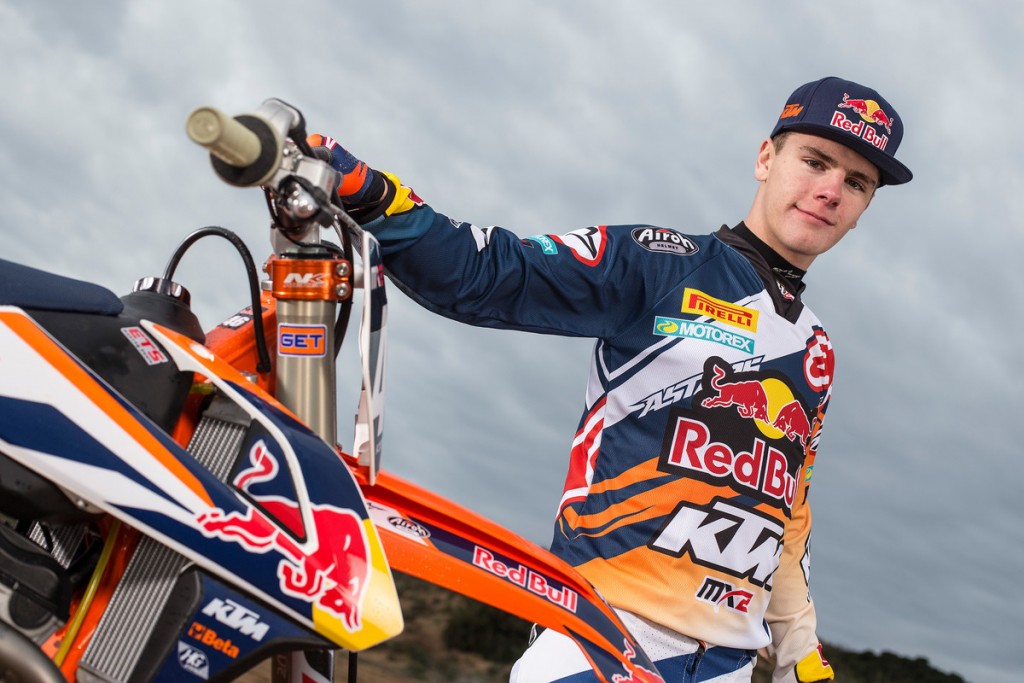 The Apprentice: 5 things you might not know about Davy Pootjes 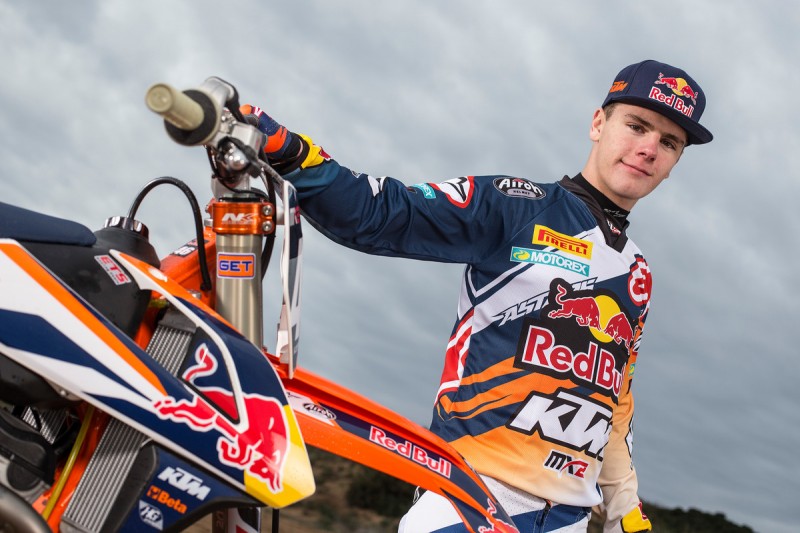 Here on the KTM BLOG we chatted to new MXGP KTM 450 SX-F rider Glenn Coldenhoff and also discovered a little more about Spain’s bright new hope in Jorge Prado … but Pootjes is another skirting around the outskirts of genuine stardom on the Grand Prix scene and is on the ‘conveyor belt’ for when Herlings departs from the KTM 250 SX-F. A broken collarbone is not what ‘46’ expected from the first Grand Prix this year in his maiden term as a full-time MX2 racer but Pootjes was back on course with his education on home turf for round three at Valkenswaard last week. We took the chance to speak with the European Champ in two disciplines (65 and 85cc) before the MX2 campaign really switches into gear in the coming months to learn more about the occupier of the hottest and most desired seat in the category … 1. Like most of his peers the third Dutchman in Red Bull KTM’s Motocross wing started early: “I’m from a town close to Ammerzoden and my uncle was also riding Motocross. When I was three my Dad said if I can cycle without learner wheels [stabilizers] then you can have a [motor] bike. So I did it and the next day I had one! That’s when I began and I actually started racing in Belgium because I was too young in Holland. When I was six I got my first Dutch title [he has three].”

2. He had been closely tracked by race bosses in – and connected to – Mattighofen: “When I was around ten I took the 65cc European Championship and I was working with KTM Holland. I had the 85cc Championship in 2012 and then signed a five year contract with the factory and there was bit more help every year. Eventually I was able to enter the works team for EMX250 and now MX2.”

3. He has had to deal with being the next Dutch ‘hope’ in the wake of Herlings’ success and impact but also from other former Dutch GP winners in KTM colors like Erik Eggens, Marc de Reuver and his current teammates: “For sure Jeffrey was really young when he started in GPs but every rider has his own journey and age when they can turn Pro. For me it was always the goal to do two years on the 125, learn the 250 and then start in GPs. That was the plan from a young age. I’ve noticed I’ve been building up more fans the better races I have and the higher I go. Now I am in the best team in the paddock I know I am hitting some of the best times in my career so far. There is a little bit of expectation on my shoulders but I keep calm and I do my own thing. It makes no sense to stress about that. People are telling me I will be hitting the top three in MX2 this year but I am keeping my feet planted and we will see what happens.”

It’s also worth mentioning that – unusually – Davy is not a fan of the sand: “Most people say I am the next Herlings but the truth is that I don’t really like the sand! I like hard-pack more. I’m good in the sand and a good result comes a bit easier because I’ve ridden it more than other riders. I like the jumps and fast corners of hard-pack and sand is always about heavy bumps. Hard-pack is easier but then my rivals are much closer.” 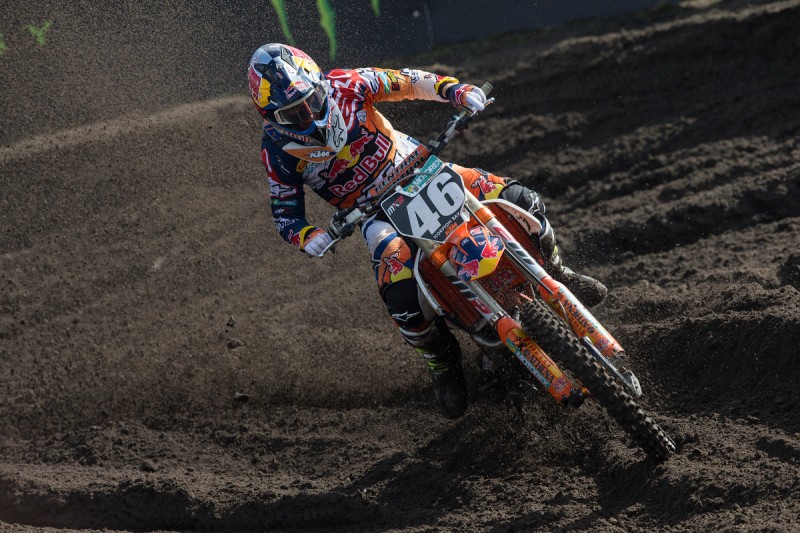 4. Davy has been able to learn from some invaluable experience around him: “I’ve been training with Joel Smets and also following Glenn and Jeffrey and seeing what they do. They are a few years older but I try to do the same! They are good riders and I want to be the same so I copy them when I can. I’m not really an animal with anything! I’m quite normal! I do cycling and running and I’m not so good at them but I will be fully committed. I’ll be running for an hour or two hours on the bike as part of the training.”

5. He’s not only proficient at Motocross … ”I’m quite good at football and I like it a lot. I prefer to play a forward position, the number seven role. I play a lot at home with friends, usually small-sided games but sometimes also bigger matches and will play occasionally with Tony [Cairoli] because he also likes to kickabout. PSV is my team.”

67 Responses to The Apprentice: 5 things you might not know about Davy Pootjes