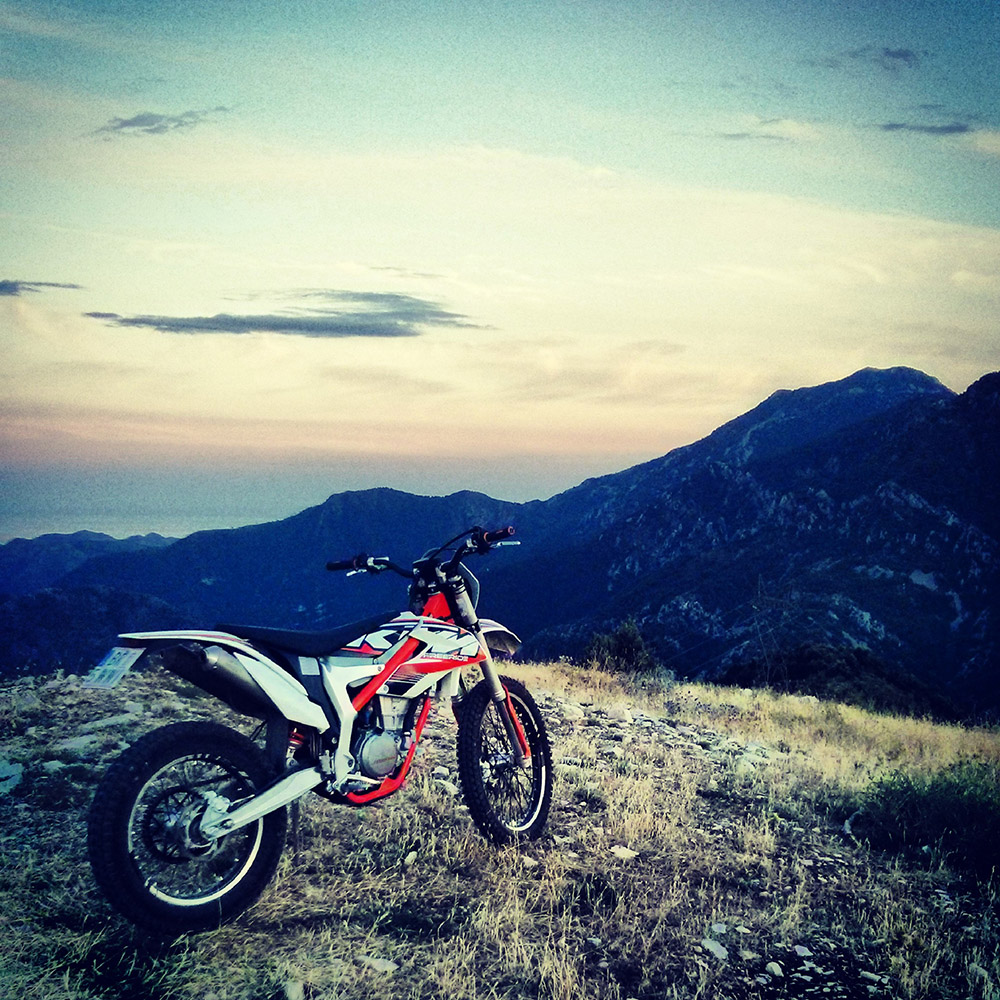 The Freeride 350 and Mountain bike crossover

From pedals to pegs how the Freeride is helping out on the mountainsides with premier MTB events…The ‘Mavic Trans-Provence’ is a tough Enduro-style mountain bike race in the south of France. A large percentage of the routes are downhill or ‘gravity assisted’ (as MTB guys call it) and on isolated single trails. According to the organiser the full spectrum of riders’ mountain biking ability – technique, fitness and craft – is tested to the limit on some of the wildest bike terrain in Europe. 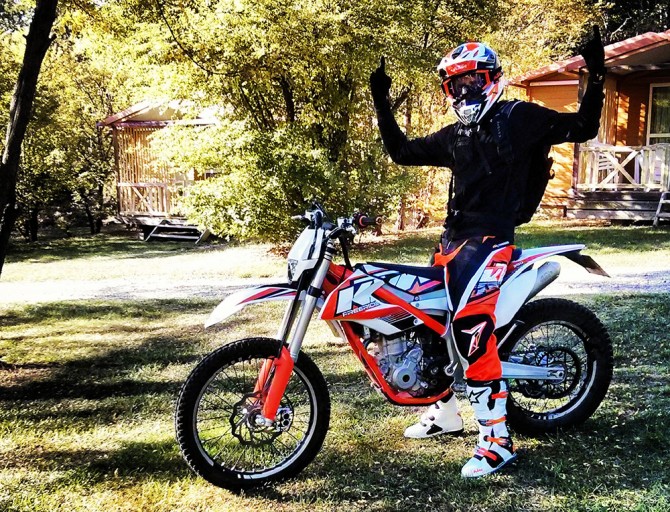 The event crosses Provence. It starts near Sisteron and ends up in Menton near Monaco on the Mediterranean coast. The trek is about 300km long and is divided into 6 riding days in which 70 participants do battle. The winner is the one that accumulates the lowest total time from 24 ‘special stages’ featured along the routes. The timed stages are linked by untimed ‘liaison stages’. All-in-all riders face about 10,000 metres in total for the climbs and about 15,000 for the drops. The organisation takes care of things like the daily camps, food, technical and medical assistance and uplifts by minibus at the start of each riding day.

For the fourth edition of this very demanding, adventurous and increasingly more popular mountain bike test, the powers-that-be behind the competition used a KTM 350 Freeride as a two-wheeled assistance vehicle. Here is what race director Ash Smith told us about the experience:

“The KTM Freeride 350 was used for traveling back and forth through the pack of riders, checking that all participants were OK and didn’t have major problems. We were also patrolling for course-cutting. The timed enduro special stages are down steep mountainsides on tight trails with sometimes many switchbacks, so the possibility of cutting corners to gain time is real. We don’t allow this; not only is it cheating but it’s bad for the environment as it can create new channels for the next water run-offs that may damage the mountainside. The KTM allowed me to quickly get to lots of ‘hot spots’, where cheating is likely, to keep an eye on things. The racers didn’t know where I was because the Freeride allowed me to get there long before them.”

“We also had an emergency situation where the bike was a big help. On day 6 one racer dislocated his shoulder and had to go to hospital in a helicopter. The KTM allowed me to take care of everything as fast as possible. In France the usual procedure is that the ‘Pompiers’ (rescue-paramedics) will arrive at the scene in 4-wheeled vehicles, assess the situation and then call a helicopter if they deem it necessary. In this case, the victim was in a remote place, so I guided them there on the KTM. Without the bike, I would have had to explain the directions to the pompiers with a map in quite a dense geographical area with lots of turns. Having the KTM we reduced the complexity and saved a lot of precious time to reach the faller quickly.”

“In the past we solved transportation or logistical problems along the trail with a combination of car and on foot but a car is much slower and less flexible than a motorcycle. Also parking as close as possible to where we need to be can turn out to present difficulties. Overall the KTM contributed towards making our event safer and fairer for participants and more environmentally friendly than before. After having used it for the first time this year, my opinion is that the Freeride 350 is the perfect light bike for this kind of thing where the terrain and tasks are so varied. It is perfectly happy on asphalt road and forest access roads but also really capable on single track trails. So without doubt, we will use a motorcycle again. There’s no quicker way to get from place to place.”

“For the future we might also think about using an electric bike like the Freeride E. This is something that I would like to try. Mainly because it would further lower the environmental impact through reduced noise. Although the current situation is perfectly OK…the 4-stroke Freeride 350 is already nowhere near as noisy as a 2-stroke.”

53 Responses to The Freeride 350 and Mountain bike crossover