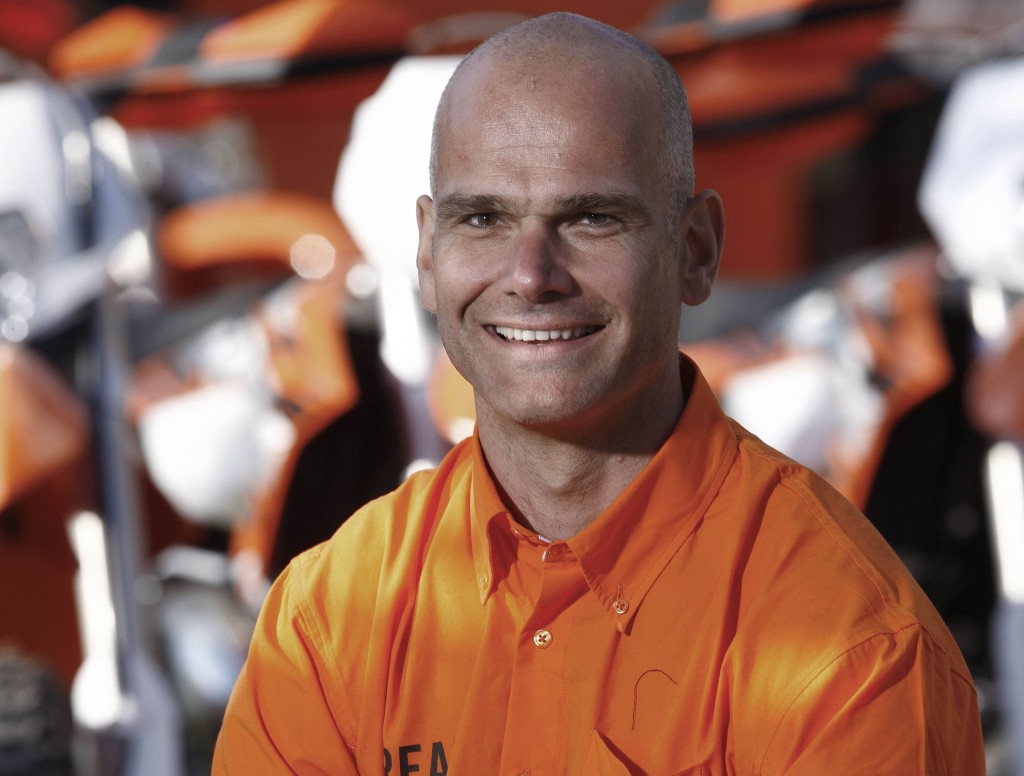 The heart of a bike: KTM engine builder talks

Even though we are increasingly surrounded by electronics, grippy tyres and active suspension, that throbbing mass of metal between your legs still provides the addictive rush that only motorcycling can generate. Engines are more important than ever with all sorts of issues surrounding the traditional combustion motor; a unit that does not cease to evolve in efforts to work better, longer, cleaner and quieter. Anyone remotely interested in anything ‘orange’ will know that the engine department in Mattighofen have been extremely busy in the last five years. Here Peter Gorbach talks us through some of the work in the halls of KTM HQ… 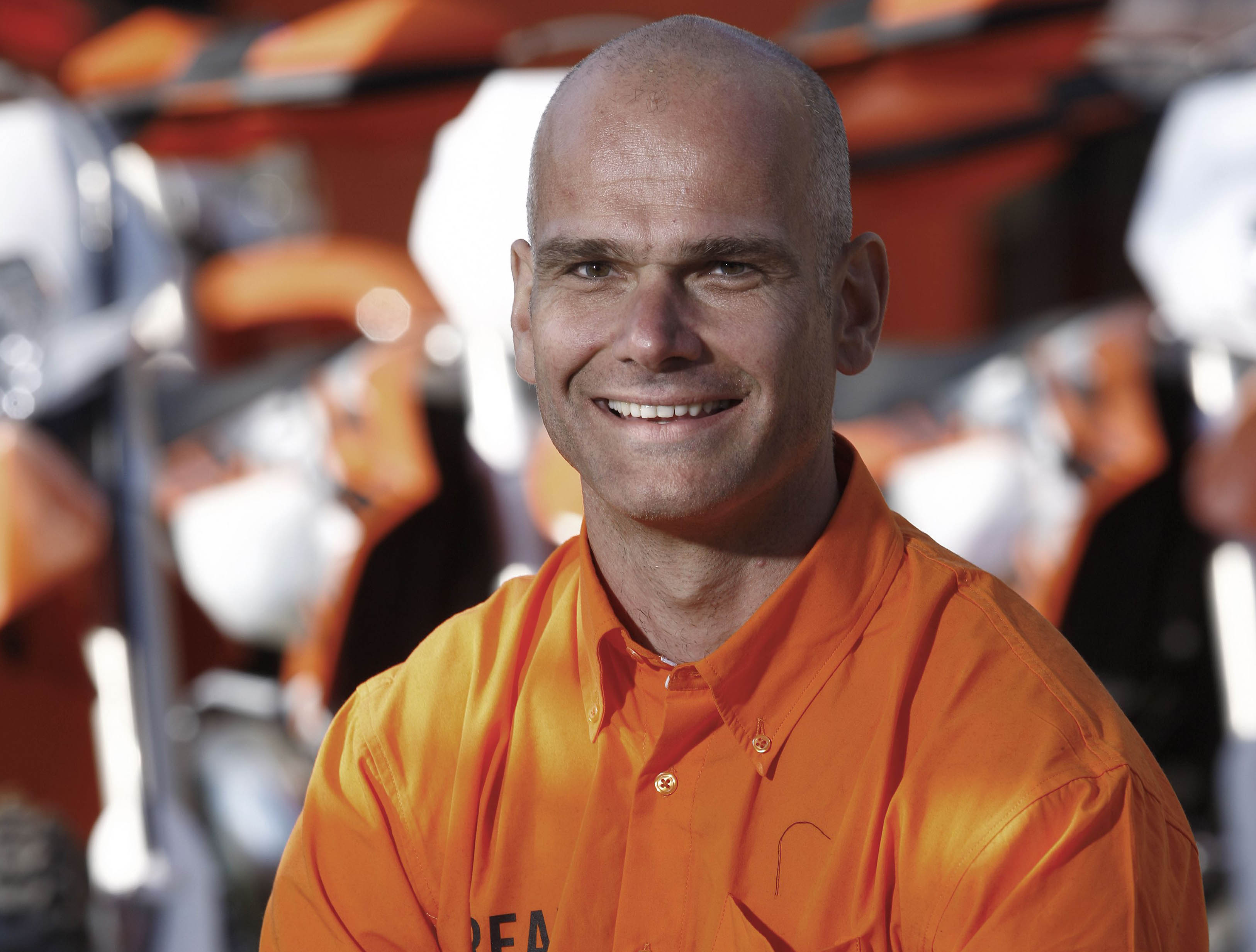 Peter, the Super Duke has many different kinds of models. People might be confused about whether they need a 125, 200, 390 or a 690. What would you advise?

It depends, because they cater for different groups. The 125 would suit those going for a learner licence or those in some countries that do not need specifically a motorcycling licence. The 200 and 390 obviously offer more output in line with the bigger displacement and give more options for those wanting to go faster. I would say the 200 is perfect for those in the city and can reach up to 100kph. For slightly longer distances then I’d go for the 390. It is ideal for the open road and if you need to overtake other vehicles.

The three bikes look very similar but the engines are clearly different. Can you talk a bit about that?

There are two bases. The 125 and 200 share the same base but with a different bore. The 390 is a completely different engine but the architecture is more or less the same as the smaller displacement Dukes. It is bigger. The crankshaft and clutch and the gearbox are bigger because there is more torque. The piston is not cast, it is forged and the cylinder is also different. From a technical point of view there are some things on the 390 that work out to be more expensive simply due to the fact that the bike has more power. The cylinder head shares the same finger followers?? but different valves and springs.

Was it then more of a challenge to get the 390 right?

Well the engine is similar, so the tests were the same but with larger output it increased the difficulty from an engineering point of view and meant more bench tests to make sure everything works the way it does. The chassis always stayed the same as the 125 and 200, which meant the muffler and the airbox also, so that presented some tricky elements to work with and further tests but generally it was quite easy to achieve the output.

The 690 is a completely different concept but was there anything you were able to take from that motorcycle for these other models?

Not really, it’s a totally different engine and with that single cylinder it means a huge piston, a huge crankshaft and everything is moving with incredible speed and acceleration. The piston itself is a piece of art. It is a sophisticated engine. The cylinder head is a single overhead cam compared to the double overhead on the smaller bikes so it means a massive valve size.

The 1290 is a completely different world. The engine base started at the RC8, which was one of the most modern two cylinder engines you could find. I think we did a really good job with the layout because it is quite clean and organised. The output and displacement of just one cylinder is fantastic. It is more or less the same thing on the 690 but instead of reaching only 8000 rpm it hits over 10,000. For the Adventure we had to redo the porting, the cylinder head, exhaust intake, cams and the set-up so the calibration was completely new to achieve a more convenient ride. If you open the throttle it is more progressive and not as aggressive as the RC8 motorcycle. We increased the piston size from 105 to 108mm for the 1290 and it was surprising for me that the larger piston did not create any major problems. I thought it would take us a year to develop the piston but we had a very good layout base and it only took two or three versions; the engine base was capable of transmitting the torque and the power. It has been a really nice project because we have been able to achieve more and more output.

Do you think you are pushing the limit in terms of power and speed?

As an engineer you always think ‘well, that’s all I can get in terms of power, there’s the limit’ but as you work through it you think ‘maybe I could change that, or swap that’ and when you finish you find yourself with twenty new ideas with which to push the limit again! I think it will never stop and there will be more new technologies. In the motorcycle industry the engines are still not very sophisticated. If you look at a car engine there is a lot more to play with and I think some of those aspects will come into bikes.

Can you give an example?

For instance cam facing, variable valve lifting, different combustion elements…lean combustion. Things that have been used in automotive for years but not for motorcycles for the simple reason that we have a much higher rpm limit and our engines have much more output so it is more complicated to bring it to bikes.

Finally, which of the current KTM models are you most proud of?

I started in development of the four-stroke off-road motorcycles so my favourite is still the 350 engine. I was the project leader and we based it on the 250 but there was a clear objective from the beginning and that was to create the smallest unit possible but still something that could compete against the 450s. In the end it turned out that it worked and we have won the championship for three years now, so I’m proud of that one. 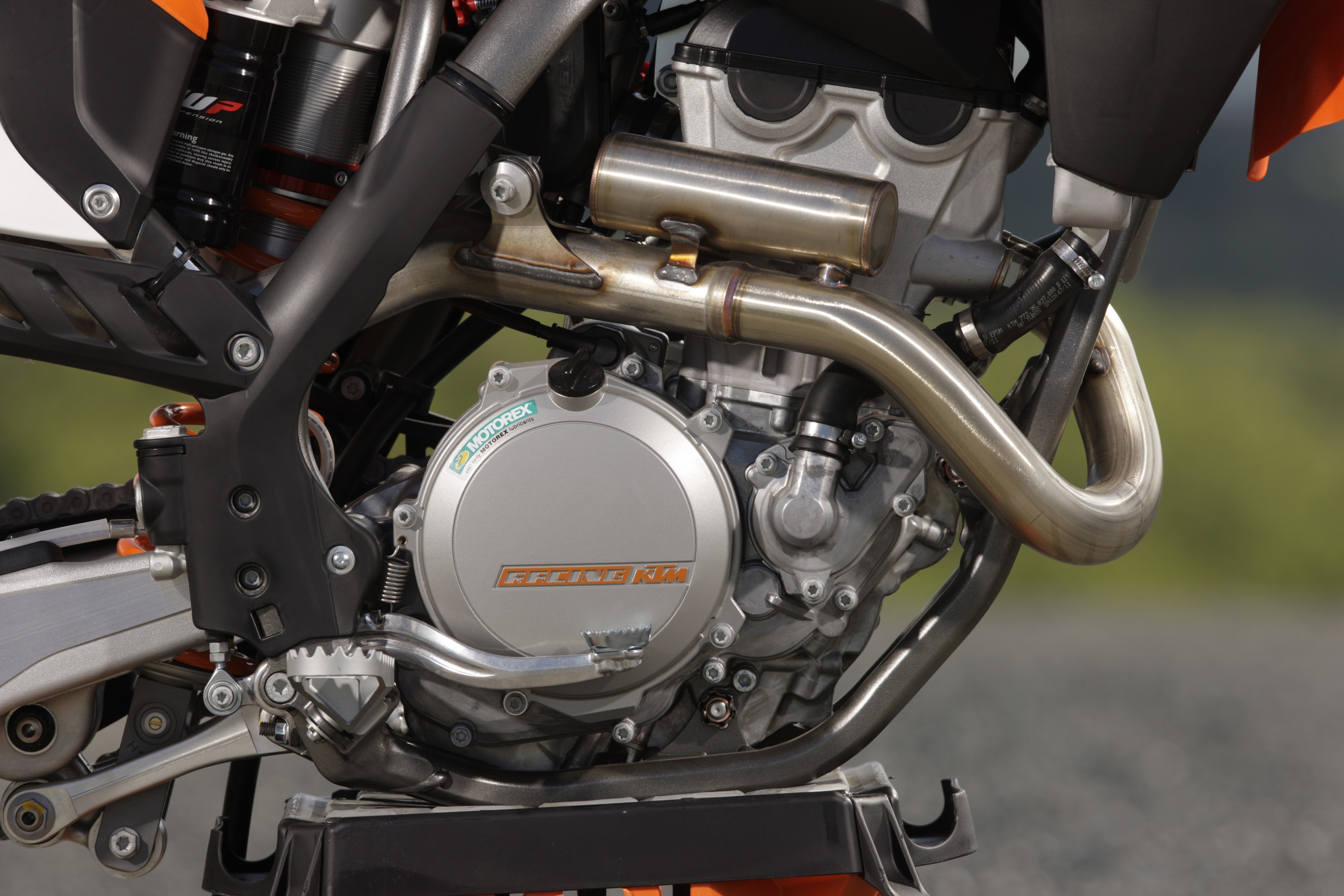