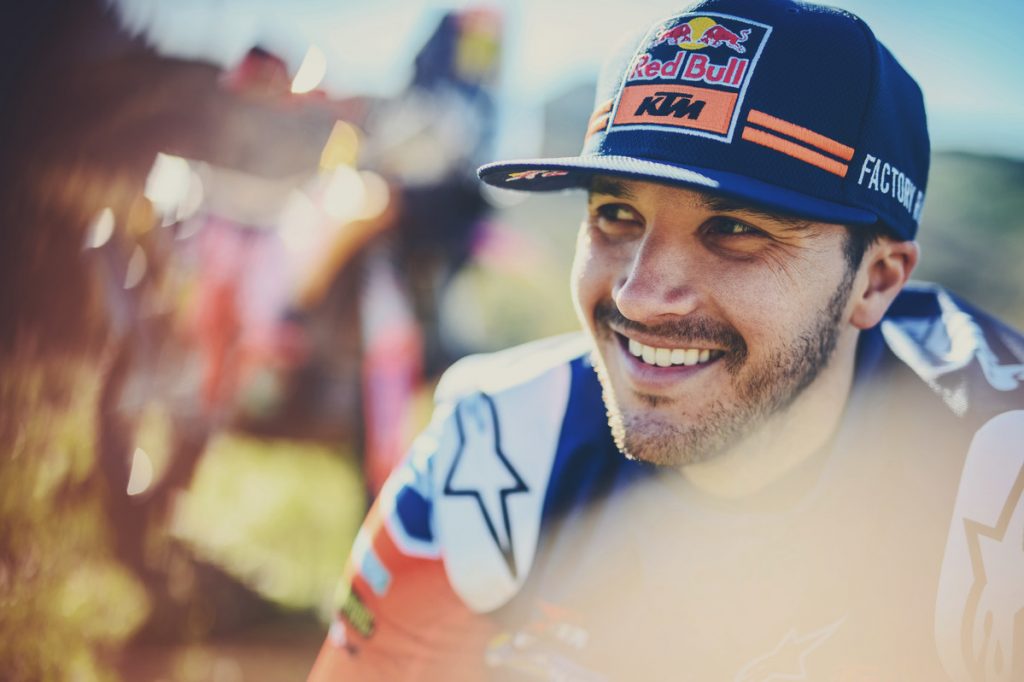 The highs and lows of the 2019 Dakar Rally – Sam Sunderland

Sam Sunderland talks openly about how tough the 2019 Dakar proved to be with extreme highs and lows arriving with each stage of the infamous rally.

No offroad sport is more mentally taxing than the Dakar Rally. 10, maybe as much as 15 hours alone inside your helmet racing at high speeds across unknown deserts in tough riding conditions for day after day, all on top of four or five hours sleep a night. This is Dakar they say and for rally racers like Sam Sunderland and his Red Bull KTM Factory team-mates these are the realities of racing the toughest race on earth. 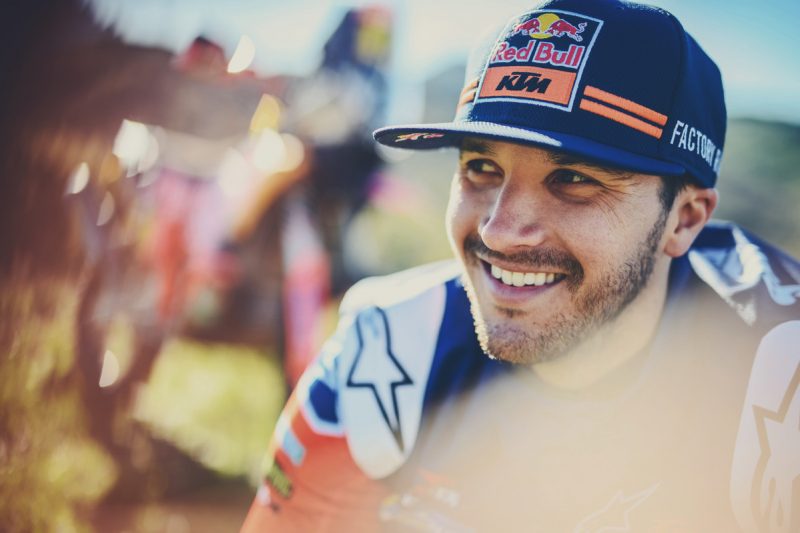 For Sunderland the 2019 Dakar Rally threw a wild mix of issues above and beyond the norm. Dealing with a badly injured fellow competitor, stage wins and mechanical issues including riding with no brakes, were all in the script. The biggest blow came when he was incorrectly docked an hour time penalty by race organizers – but that came later …

The list of events “derailing” Sam’s plan for Dakar 2019 began in week one, stage five when he witnessed and helped deal with a crashed rider, Paulo Goncalves.

“I saw him crash, directly called the helicopter and assisted him as I could with some water, getting his gear off and trying to make him as comfortable as I could even though he was in a lot of pain,” explains Sunderland. Pro racers are focused individuals naturally, but still humans and a fellow competitor’s well-being comes first. 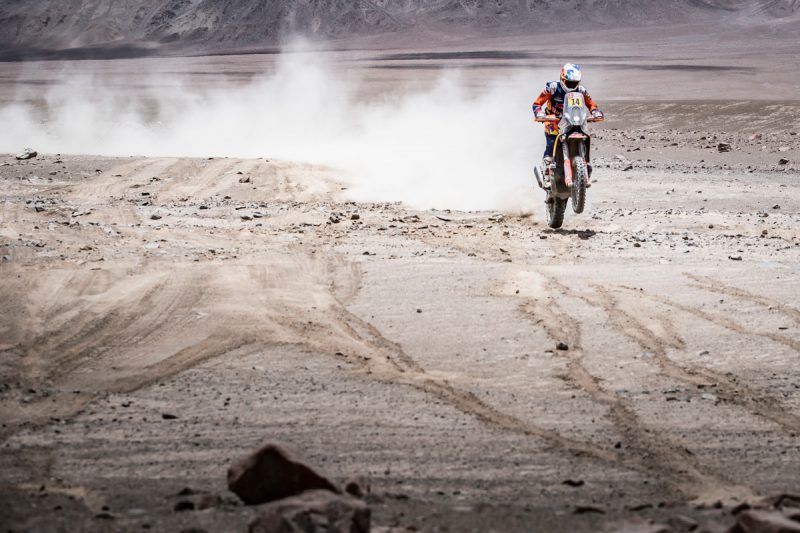 With the medics on the scene Sam was back on his bike again but both lost in terms of his pace and position in the race and unsettled: “I thought all of my work and the team’s work was going down the pan because I’d stopped to help another rider. I was a bit angry and really was just swinging off it trying to get by all these slower riders. I didn’t really have any reference to know where I was in terms of time.”

The result was a stage win for Sam, a fact ordinarily you’d expect to be a positive for a rider? “The problem was nobody wanted to win that stage because everyone was petrified of opening the Tacna stage [following day] because they knew it was going to be hell!” says Sam.

“I got to the finish and the media was there all going, ‘congratulations Sam, you won the stage’ and I was like, ‘Nooo!’ Outwardly I was having to be cool but riding back to the bivouac I was almost crying in my helmet thinking I’d just jacked up my whole race.” 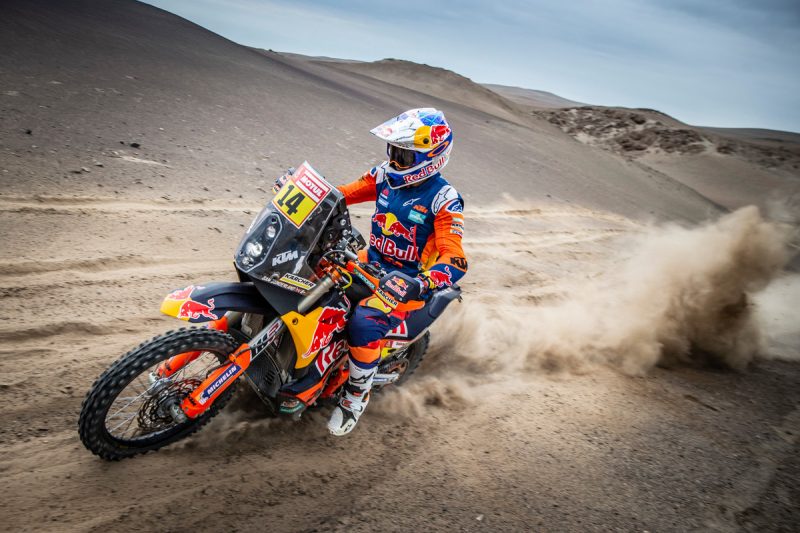 The drama wasn’t over yet. “I actually opened Tacna really well and was super-pleased with my navigation.” But things took a turn quickly when he unknowingly hit a rock and broke his rear brake disc.

“I looked down the whole disc was off the hub somehow. Every bolt had bust off and I still had 100-odd kilometers to go in the special. I continued but the caliper came off and started to hit me in the leg so I had to stop and pull it all off, cut the brake line and that’s where all the time went.”

Riders must learn to deal with these set-backs (including riding 100s of kilometers in sand with no brake!) and must adopt a psychological reset button or an emotional mute button inside the head to lock away the problem and deal with what is in front and not behind.

“The next day I won the stage because I had no choice. The only thing I could do was try and make up time by going all out to win. From that point onwards I could only deal with what I had,” explains Sam, perfectly illustrating the point. 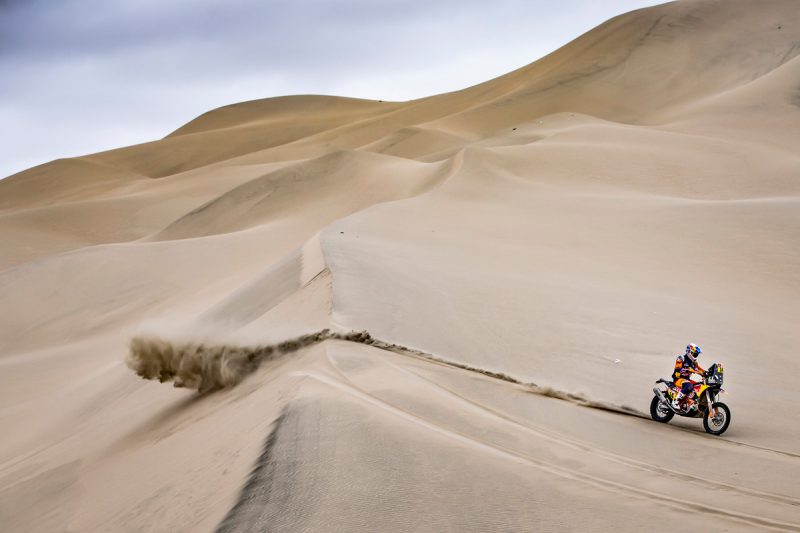 But Sunderland’s Dakar took yet another twist the following night after stage seven when organizers issued an hour time penalty.

Sam explains exactly how events unfolded: “I went to go in the stage and they stopped me saying there is a problem with your iritrack, there was no power, I changed the fuse and I was ready to go. I could have left sooner but they re-seeded me to fourth place at the start line.”

Innocent until proven guilty? Not in Dakar. Back at the bivouac race organization made the leap Sam had deliberately tampered with his bike in order to not be first on the stage. “I was fuming,” explains Sam. “I had big discussions with the organizers, the FIM, with my team manager and it was no budge. They were standing firm on it and I was out the rally effectively.”

In the rider’s mind at this point all is lost. 12 months leading up to Dakar, all the issues already overcome during the 2019 rally were blown away with a blown fuse. Sam says he was so angry he was ready to throw in the towel but out of respect for his mechanic and the KTM rally team he continued onwards.

“Having four or five hours sleep each night and riding for hours or whatever is tough but to have all this other stuff piled on is difficult,” explains Sam.

The perhaps unseen effect of getting a penalty from the organizers is how you are then viewed by your peers: “When the organizer gives you the penalty it is like a stamp of confirmation that you did something wrong. It looks to everyone else like they found factual evidence – of course I knew I hadn’t but from everybody’s side it looked like I had.”

“How did I deal with all that piled on top? Not very well to be honest, my head was in the clouds,” says Sunderland. “The worst was day nine because it was a long stage, I got lost a lot, made mistakes, rode in dust a lot and it was tough.” 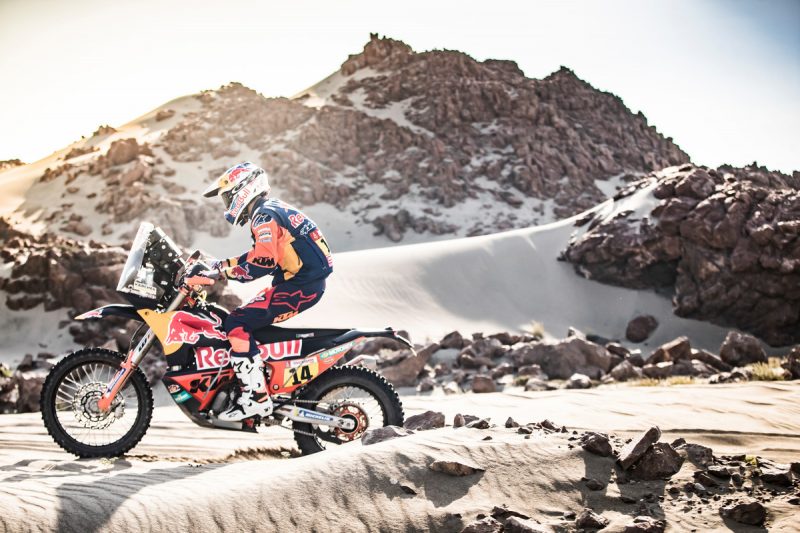 In the end the Dakar organizers quashed the penalty but only after the race had finished and after Sam had raced two stages with his “head in the clouds.”

Emotionally, every sportsperson takes knocks physically and mentally. In offroad sport those knocks can come with a turn of the wheel but at Dakar, the toughest race on the planet, those knocks can be with sledgehammers.

Last word to Sam: “I race to win, I was in really good shape, did all the hard work and went to Dakar to do that job but we didn’t get to play the full hand of cards. In the end, after everything that happened, I’ll take that third place and live to fight another day.” 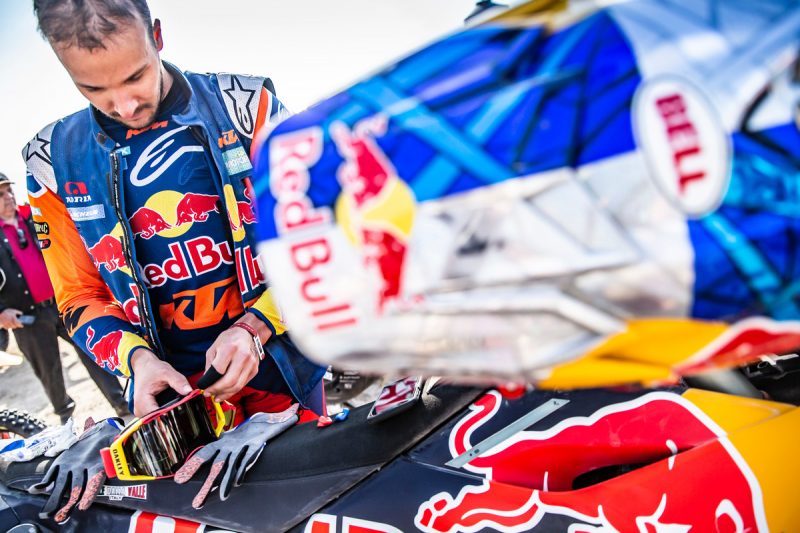