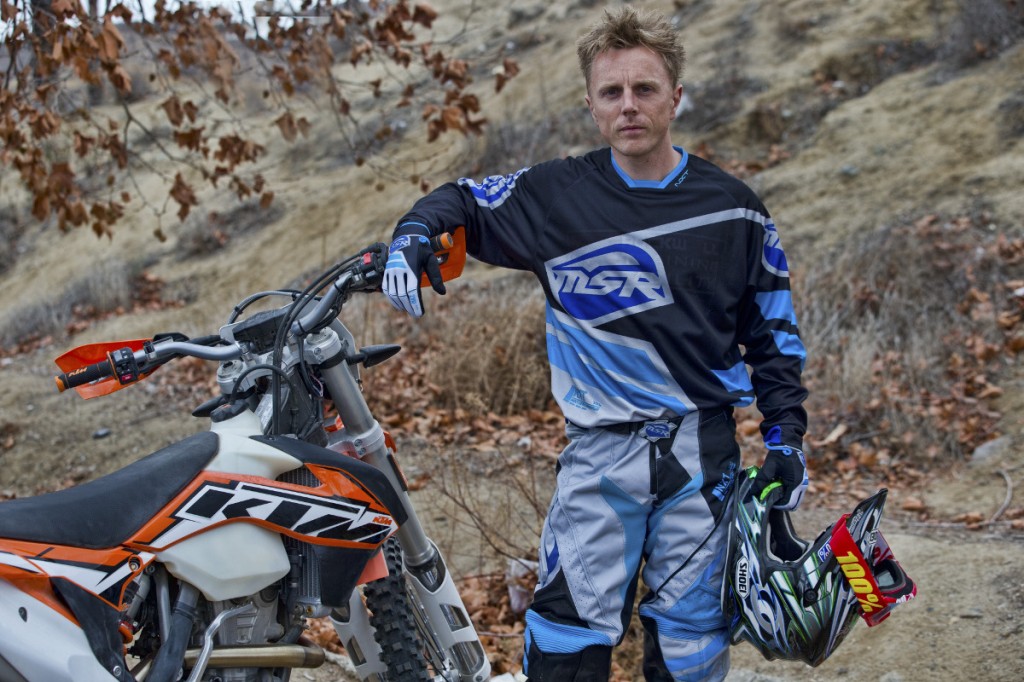 The home of riding: off-road in California

We took a trip to California to find out what it feels like to be at the centre of the world’s off-road culture.

We glide along the smooth freeway. The vast strip of concrete winding around the feet of dramatic dry rocky hills, pointed studs of the desert landscape. To our left a pick-up throttles by with a shiny Honda CRF strapped to the back. To our right we motor past Kawasaki’s supercross test track, conveniently located only metres from the side of the road. Further up we pass the complex where five other race teams and manufacturers – including Red Bull KTM Factory Racing – have their own private facilities. Before we drop down to Lake Elsinore (a town immortalised for off-road motorcycling in seminal documentary ‘On Any Sunday’) a ranging area of dirt and tracks creeps into view on the left and we see kids on bikes, circled by fathers and brothers. 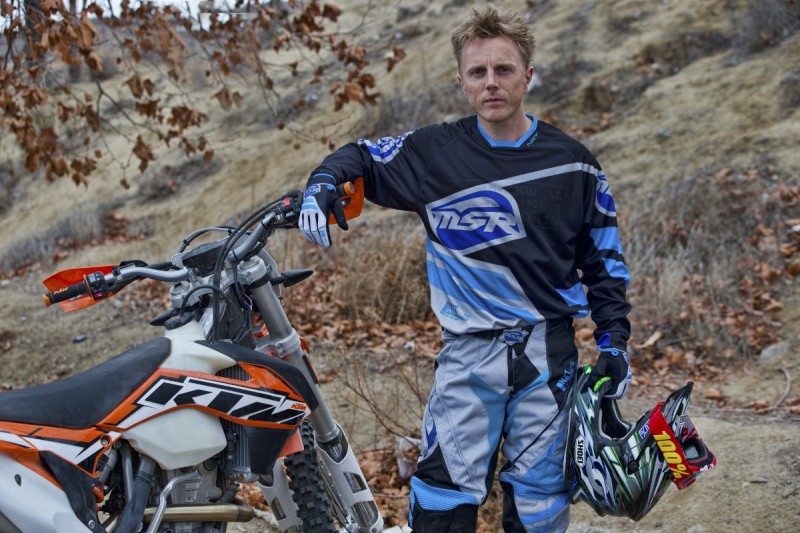 In the third largest state in the USA, a home to nearly 39 million people, bikes are a way of life. Away from the custom and cruiser scene it is all about the dirt; it feels like southern California has been marked by knobbly tyres.

California. Home to so much that is quintessential Americana. In the small sphere of off-road bikes it is also where the market is big, sales are strong, the aftermarket scene is rife, there is room to ride almost without limit and the possibilities for saddle time are endless.

The ‘nest’ for a comprehensive two-wheeled lifestyle is what drew motocross and enduro racer and former British Champion Chris Hay to California in 2007. We want to know and understand what it is like to exist in a place where motocross is treasured not hounded, where tracks are busy and not facing the threat of closure, where the sunshine begs the electric start to be used over and over. “Riding off-road is definitely a part of Californian culture, at least here in the south”, the personal trainer from Scotland says. “Even on the street where I live. I think there are at least ten guys who have dirt-bikes whereas when you are back home you are lucky if there is one other rider in the town! It is pretty good to walk down the street and be able to talk to somebody about a dirt-bike or motocross. It is easy to ask someone if they saw the race or if they are out riding at the weekend.” 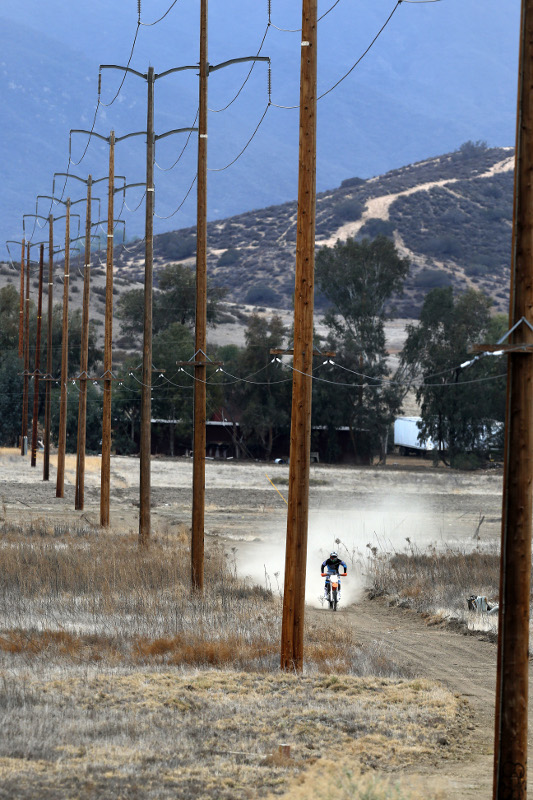 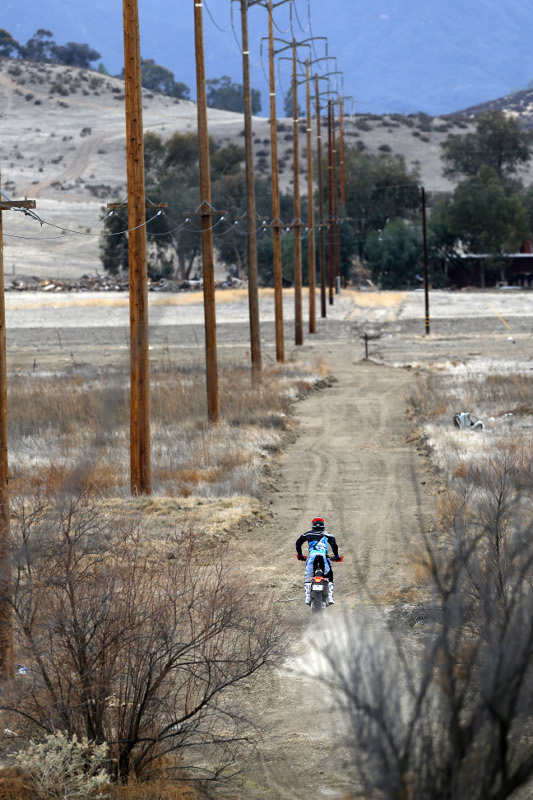 Hay lives in Wildomar with his wife Danielle. We talk over coffee after Ray Archer and I have been out to snap some shots of the 31 year old gunning his father-in-law’s new KTM 350 EXC-F around some of the local countryside for us. Hay explains that the excitement and possibilities for indulging in a riding passion were almost too much for him when he first departed North Berwick for the west coast. “When you first come to California then the facility to ride a bike every day thanks to the tracks, the gyms, the weather; you think you are in paradise. You have to be a bit smarter when you have been here for some time and try not to burn yourself out on motocross. Overall it is so different to Europe.”

“There are more dirt-bikes sold here than probably anywhere else in the world. You have the motocross tracks and the vast off-road areas as well. I’d say that there is a huge chunk of the sport here and the desert people and the hobby riders keep it all going. It is a bit stricter in terms of where you can go now, but you can still get out. There are a lot of bikes around and the dealers are big; it feels like a full-time, full-on scene and industry. Especially in southern California – where we are now – it is the centre of everything for off-road bikes and it is an experience that you really have to be around to understand.” 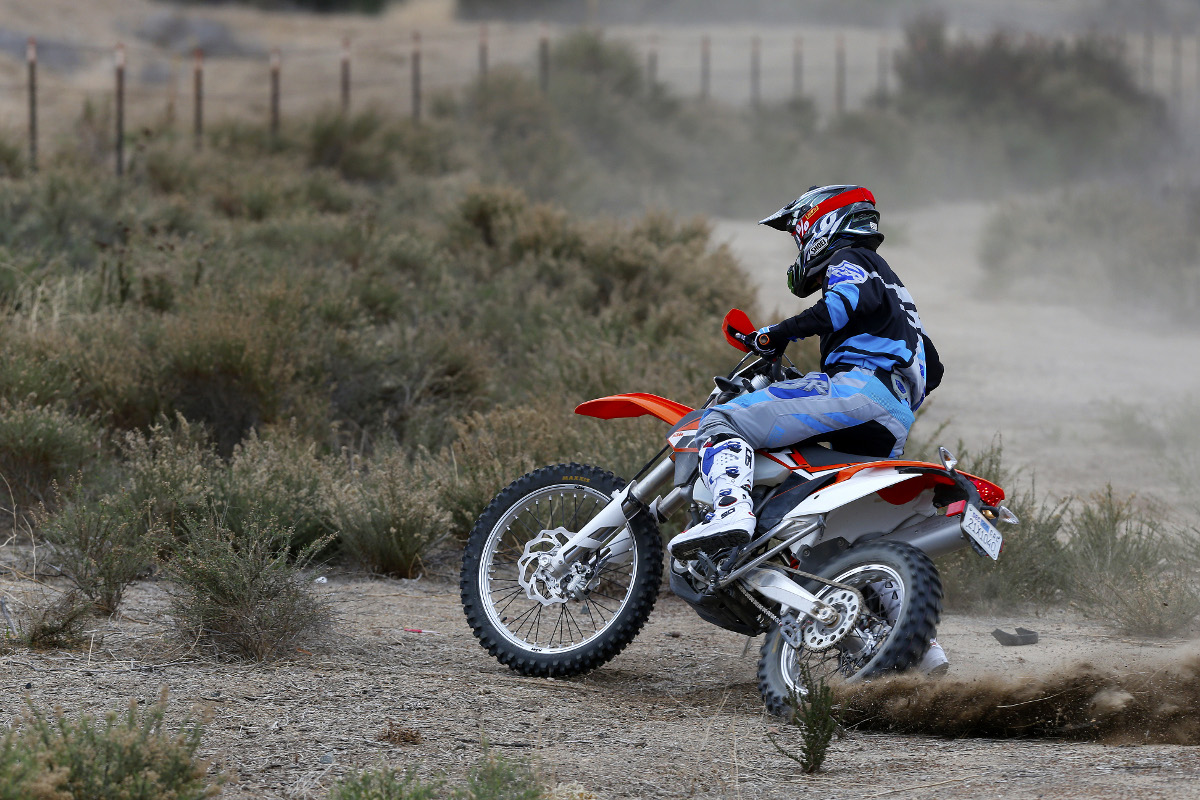 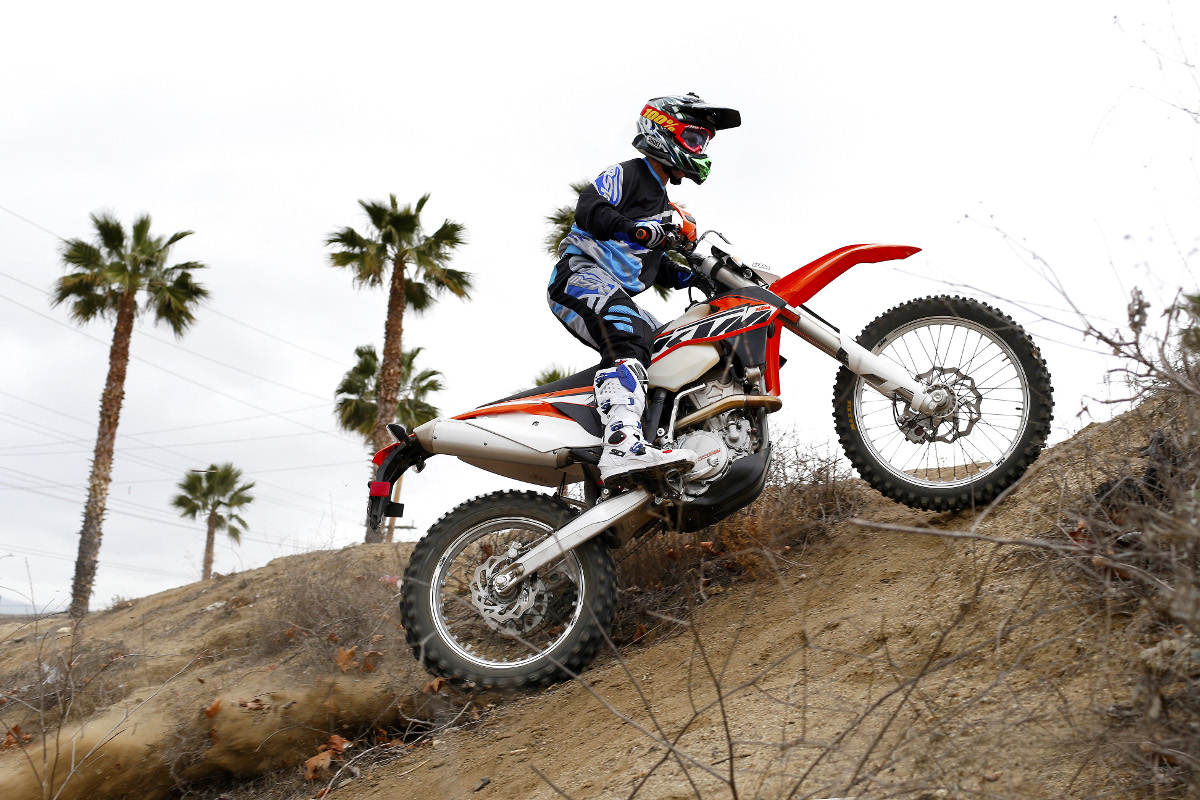 During our stay it is clear that two heavy factors hoist this area of the world as ‘off-road central’: weather and space. Two elements that can often be limiting factors in Europe, especially in the north or centre. Southern California has the desert environment and then further south even the sandy dunes of Glamis. Up north and heading on the 5 from Los Angeles then it becomes a bit more green and wooded; in fact 45% of CA’s surface area involves trees and forests. An ideal mix.

In Italy and Spain you cannot move in big cities for scooters and motorcycles. In the UK, France and Germany the road might at once be taken over by a pack of sport bikes. In California it feels like there is a motocrosser or enduro machine around any of the hills and the view is just … so … inviting. “You can have too much of a good thing and you have to balance it”, counters Hay. “Coming from Scotland I felt like I should ride everyday to really appreciate it but it’s just not really possible financially or physically. I tried that at first but after a month I was ready to go home! It is good to be here but then it can be hard to turn off from the motocross. In that respect it feels kinda good to go back to Europe sometimes because you get to ride a different style of track like sand and even when it rains it becomes kinda fun.”

Hay is just one example of a person that orientated his life around a particular passion. Southern California is also a main focal point for one of the biggest racing series in the world: AMA Supercross (six rounds of the seventeen on the calendar take place in the State). Race workshops for KTM, Honda, Suzuki, Kawasaki and Pro Circuit are based around the region south of LA. Companies like Fox, Alpinestars, Troy Lee, JT, One Industries, Oakley and 100% are also CA-based. In short, being here is a story of full immersion. As Hay says: “I like getting to the tracks, riding my motocross and then getting home, although sometimes I look around me and I do still get that sensation of wanting to get out, ride and explore.” 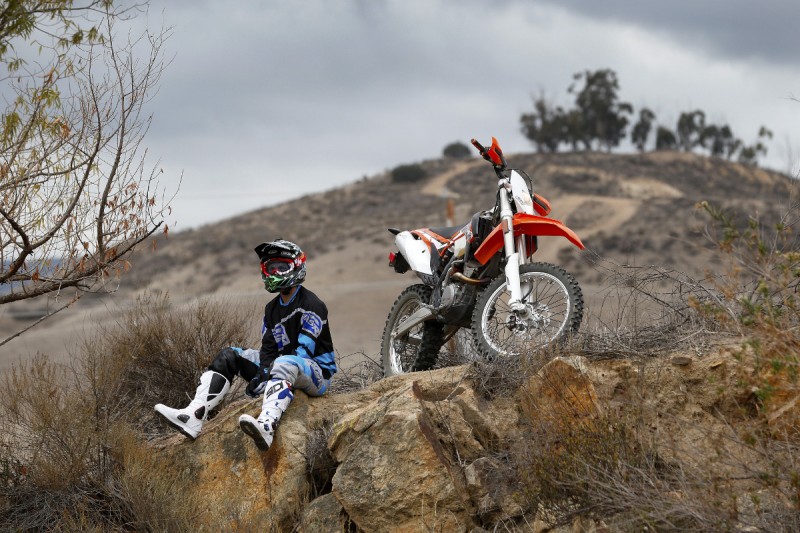 69 Responses to The home of riding: off-road in California