The LC4 wizard: How the KTM 690 DUKE flies along the road

A chat with KTM’s four-stroke engine designer Sebastian Faistauer on how the new KTM 690 DUKE has dumped weight, upped the power and reduced the shake from a single. 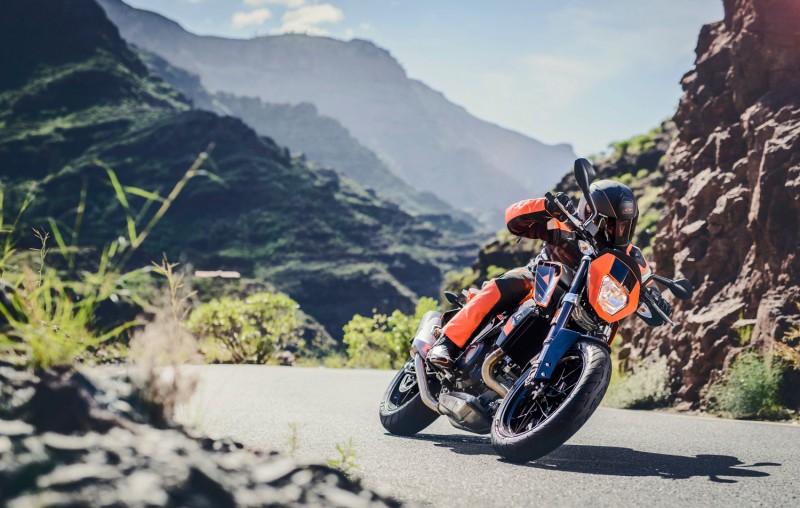 The thirty year old was one of the key parts of the recent presentation of the new KTM 690 DUKE and with a host of details has achieved a revitalization of the LC4 as the most relevant and essential ‘single’ on the market today. Ideas like using an additional balancer shaft with the camshaft in the cylinder head and a direct controlled DLC coated rocker arm. The overall result is an extra ‘1000’ of usable rpm, 73hp, a well of torque and emissions that fall within the new Euro 4 guidelines. The balancing system for the new-look LC4 was at the heart of a project that also embraced a range of new electronics. We rode the 690 DUKE the next day and the sensation of power-weight was reminiscent of the bike’s bigger sibling – the KTM 1290 SUPER DUKE R – surely a fine compliment.

“The balancing system was the main point of this new engine and it was about ‘integration’ to again reduce the mass of this high-performance one cylinder,” Faistauer says. “For the first test we put an additional balancer shaft on the head with a lot of milled prototype parts to try the different settings. With the right set-up we knew what to do and were quickly able to build up the first engine. However, behind every project there is a large time schedule for all durability tests and the whole manufacturing process to push the concept to production release.”

Where did this idea come from?
“Like we mentioned in the presentation for the 690 DUKE there is this idea that the LC4 engine is a ‘brand within the brand’. We believe in the single cylinder but we don’t necessarily think it is better than a two, three or four cylinder. However there is no other way to get a light motorcycle combined with a lot of power. So we were looking to increase power, increase performance with better rideability with less vibration. The engine management with the ride by wire, ignition system and mappings means that there has been a big effort by the EMS guys, and this has been a major point in terms of rideability. It is not just about the balancing system the engine management really plays a part.”

Was there a moment where it was difficult to refine the balancing system to a level you were happy with?
“It was clear quite quickly that it would work well … but how to package the additional balancer shaft was a difficult topic. We did not want to increase the height of the engine, and the cylinder head was a good location in the end because there is force from the lower balancer shaft around the crankshaft … and we’re working against it with the smaller shaft. You can calculate it with the lever rule, so mass and distance, and it goes well. It means a compact design and only possible thanks to the compact valve train.” 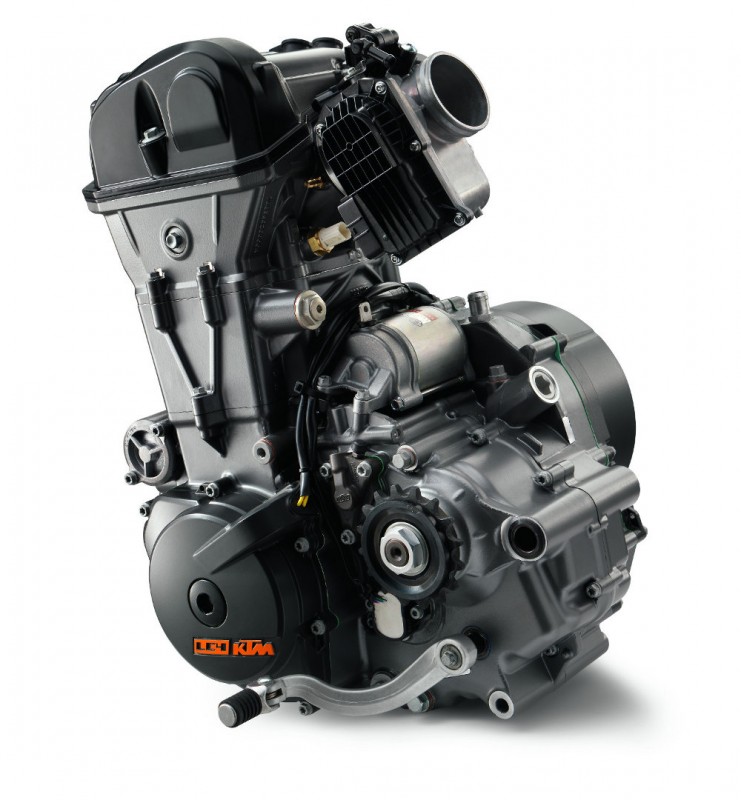 You said in your presentation that you took some research and knowledge from the KTM 450 SX-F engine. Can you talk a bit more about that?
“So the compact valve trains uses a direct controlled and DLC coated rocker arm for the exhaust valves and it is the same concept we have been using on our latest KTM 450 SX-F. For the inlet we were using our experience from street motorcycles. The inlet valves are direct controlled DLC coated finger followers.”

Your story about the rocker arm where you sourced material and spec machining from three different countries was pretty special. It must have been a challenge to get that right …
“It wasn’t too difficult but there was that point where you think ‘How do we do this? Where can we find the right manufacturer? Who can keep the high quality standard?’ It meant we had to look around a lot … and there was only one left! But I told this story because it was a part we created from European companies and with this high-performance single cylinder it is not easy at all to find the right materials and components. There is no other way for this state-of-the-art design and quality.”

How long have you been at Mattighofen?
“Eight years now. I started with the LC4 and was responsible for it. The nice thing about working for KTM is that you are not tied to just one aspect of the engine. You don’t just focus on the oil pump or the crankshaft; you are working for the whole engine. So there is a lot of experience and versatility on hand. I’m now the group leader for the whole four-stroke engine design division and other projects like the smaller DUKEs and bigger ones like the 1290 SUPER DUKE R, the KTM 1290 SUPER DUKE GT and ADVENTUREs and Street design.”

You must always be fighting compromises with your ideas because, for example, a 2mm magnesium cylinder head cover needs to withstand testing and sync with other parts of the engine to deliver the overall effect you want …
“For sure. It is not just three or four other things, the whole lot has to fall together. The gearbox has bigger shafts for better output and the increased power. You always have to think of many points, even some that you might not initially come to mind! Like spare parts. If you want to improve parts then you always have to consider existing customers to keep solutions easy for both sides.” 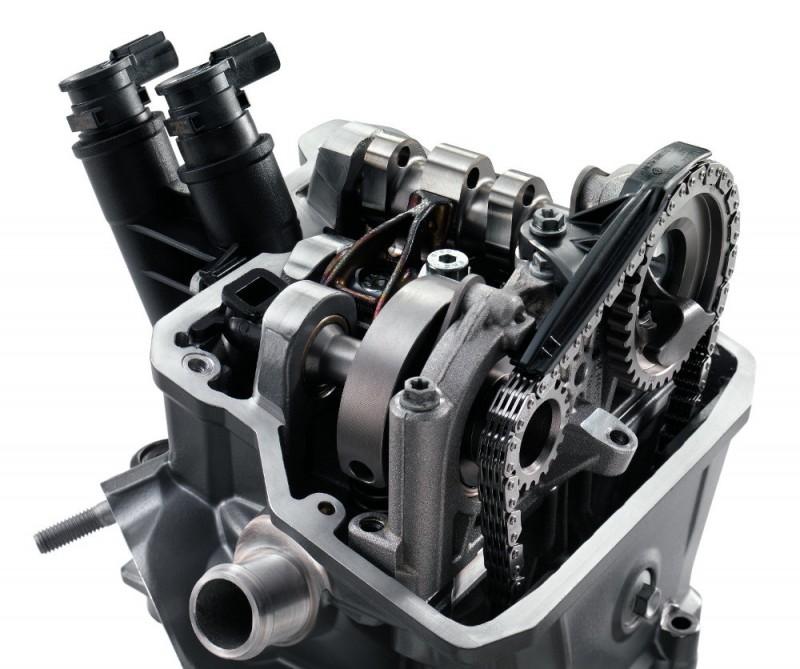 Is the LC4 and the new 690 DUKE an important step in the story of the engine?
“I think it is an awesome step. There have been some serious upgrades with the electronics. Before we had ride by wire but now we can really combine it even more with the other systems like the MSR and traction control.”

So how can you move on from this light, faster and more sophisticated motor? Is there more life and progress yet in the LC4?
“For sure there are big steps still to be made and some small areas we can learn about further. Such as new manufacturing and raw materials to save more weight. We can also search for new designs. Manufacturers can now do awesome things, like the effort to forge the rocker arm, or produce a head cover with 2mm of thickness. 2mm is almost nothing but with a stable design it is pretty special.”

60 Responses to The LC4 wizard: How the KTM 690 DUKE flies along the road