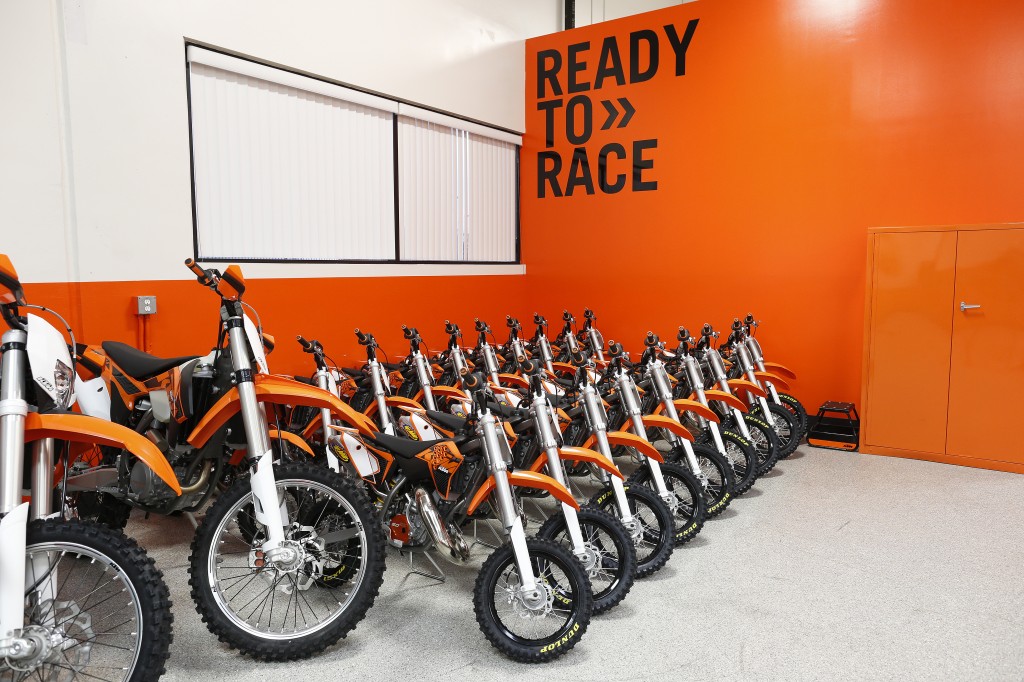 The next generation: Supercross opens its arms again to the KJSC

There have been – and still are – a few KTM series in Europe and in various motorcycle racing disciplines that helped unearth some of the stars that currently working their way up the motorsport career ladder. The KTM Junior Supercross Cup was a scheme in the United States that up until 2008 gave a stage and exposure to people like Dungey and Alessi as kids; riders that are now at the high echelons of the sport. We’ve covered a bit of the KJSC’s resurgence in the Blog already but the official reawakening of the scheme that sees youngsters racing a three lap ‘main event’ on KTM 50SX machines took place just over a week ago in Los Angeles and apparently went down a storm. The second outing happens this Saturday in Arlington. 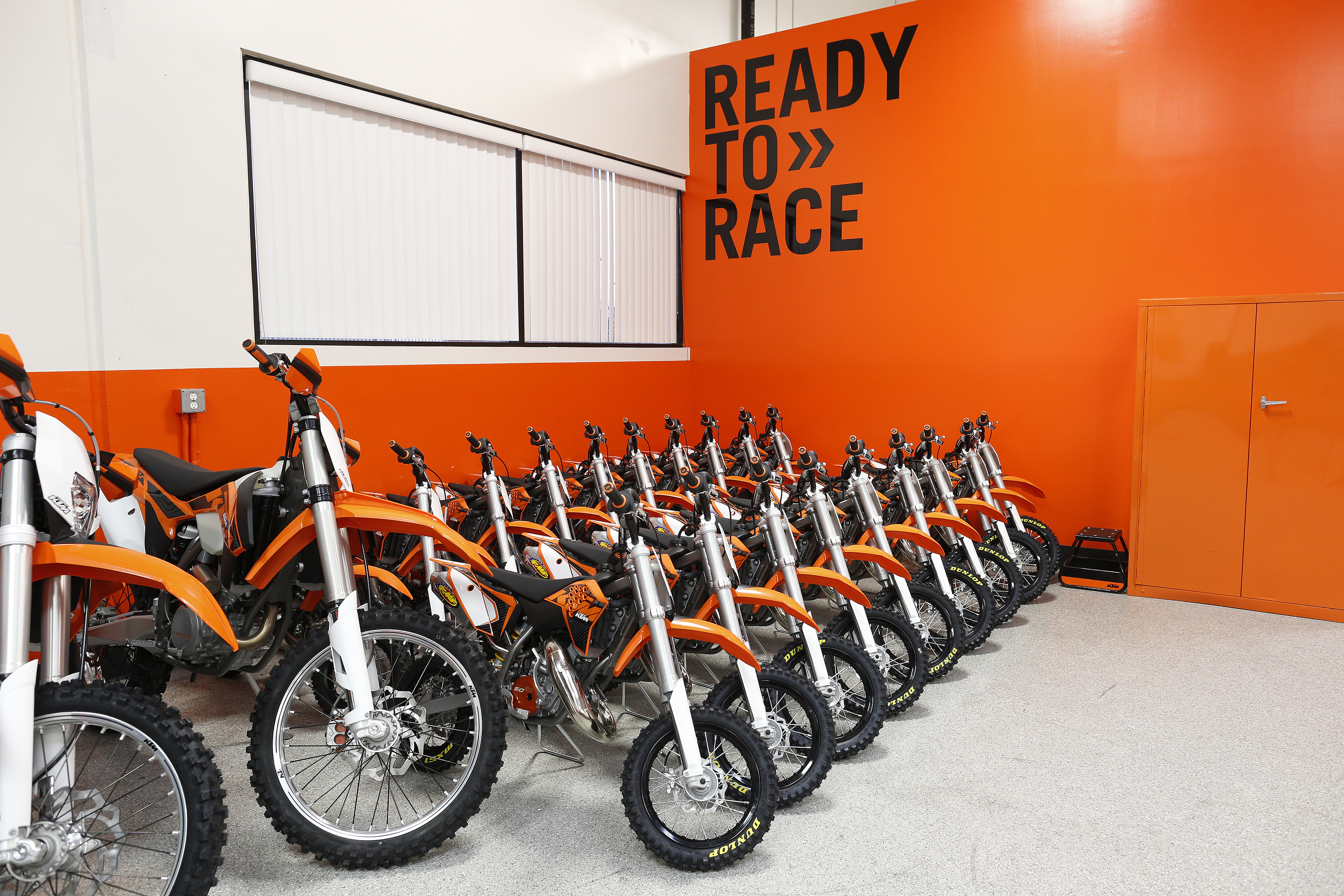 What does the KJSC mean? With meetings taking place at five AMA Supercross rounds (think big crowds, big jumps, big shows) it is an instant route to the best platform for kids. With all the participants on the same bikes it is also a great leveller. For those in the seats it has become a novel part of the entertainment programme.

“Sometimes in the Jeremy McGrath and Ricky Carmichael runaway days of supercross, the [KTM] kids got the biggest applause of the night,” opines journalist and former mechanic Steve Matthes. “With the elimination of semi heat races a few years ago, the intermission entertainment at supercross has dropped dramatically and this will help it out and keep the fans right into it. Never mind all the new fans that get exposed to the fact that there are little bikes for their kids as well.”

RacerX magazine’s Jason Weigandt also analyses the dual-worth: “A lot of people will focus on what the KJSC means for the riders who get to participate, and there’s no doubt that’s an amazing experience for them. But I think the program is just as beneficial for the sport as whole. Remember, at a supercross, there are a lot of people in the stands that might not know too much about the sport – they might realize the family aspect, or that you can buy bikes for kids. The KJSC, really, is the primer to get everyone involved, not just the kids that are in the race.”

So what’s the official ‘orange’ view? KTM North America’s Vice President of Marketing Florian Burguet says that bringing KJSC back to life after a five year absence was an “natural” thing to do in 2013: “When we made the announcement back in October, the response was already impressive but when we actually launched the program at Anaheim 3, the impact surpassed our expectations; particularly in terms of sector and non-sector press coverage.”

The KJSC even has a degree of celebrity status thanks to Freestyle motocross icon Brian Deegan’s son, Haiden, taking part and scoring a well-earned fourth place at Anaheim. It seems it is here to stay. Burguet: “The KJSC is an institution in the world of Supercross and the entire KTM team is very proud of it.”

“I know that KTM pays Feld Motorsports to put the race on but if you ask me, Feld should pay KTM as it’s something that is very, very good for the race, the show and the sport,” surmises Matthes. 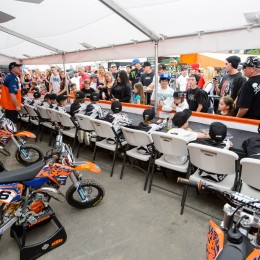 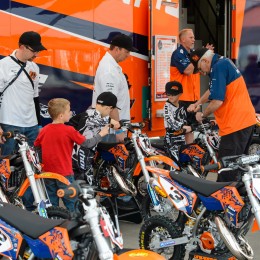 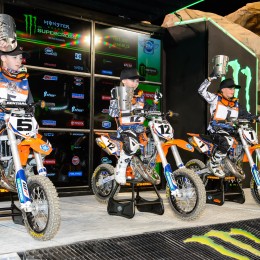 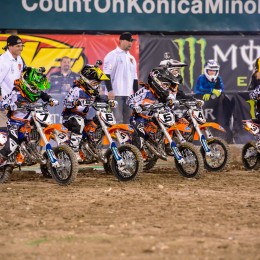