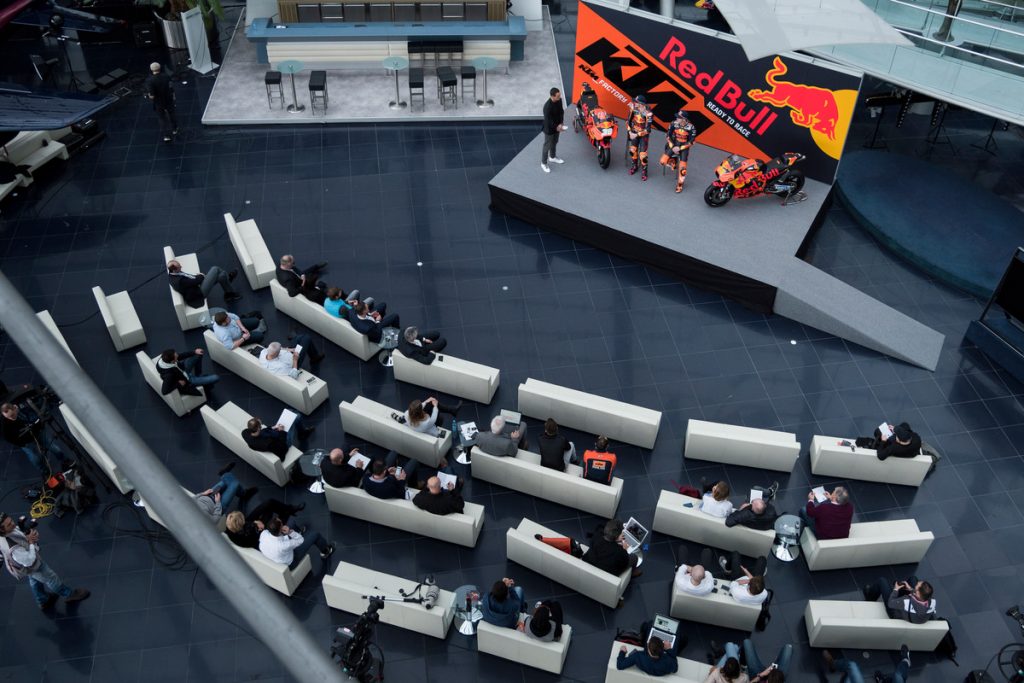 Engines will scream into the dusk and desert landscape in Qatar this weekend as the nineteen-round 2018 MotoGPTM season begins at Losail. Red Bull KTM will not be making up the numbers … Twelve months ago riders Pol Espargaró and Bradley Smith started KTM’s MotoGPTM story (“adventure” as Motorsports Director Pit Beirer calls it) with a drama-free outing at Losail. The Catalan and Englishman finished in 16th and 17th positions. As the paddock unloads crates and fills the floodlit circuit pitlane this week for the twelfth running of the Grand Prix of Qatar as the championship-opener, the racers and the whole Red Bull KTM Factory Racing setup will be hoping for significantly better.

Why? By round two in 2017 Espargaró and Smith had scored their first MotoGPTM points and, together with some impressive wildcard performances from test rider Mika Kallio, would breach the top ten of the ultra-competitive division a total of seven times during the rest of the season. 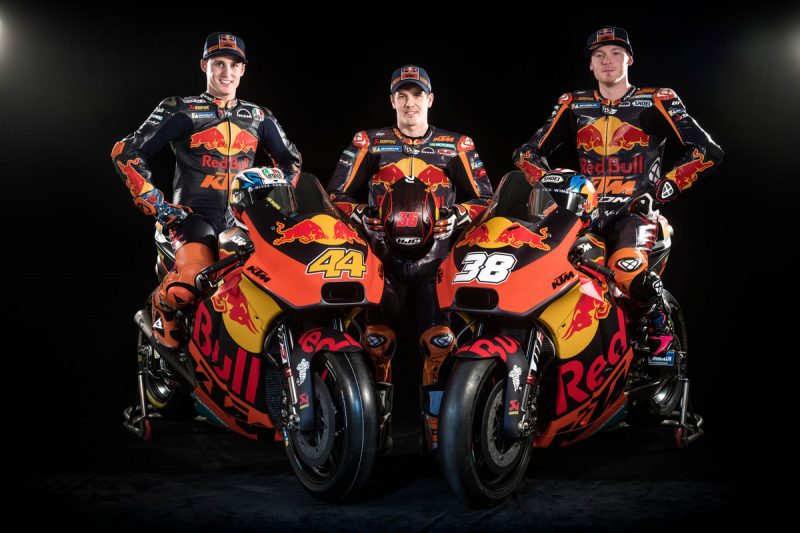 Earlier this week KTM personnel and key figures from the race team gathered at the pristine Hangar-7 facility in Salzburg to ponder on a second MotoGPTM term where the crew are hunting further progress. “One good thing about KTM is that you know where you’ll start in the races but never where you’ll finish: we were the last two in Qatar last year and then we made it to the top ten during the season,” said Pol. “I think KTM is the first in history to do something like that in their first year. So we know where we’ll start – fighting for the top ten – but to finish? Maybe the top six, I hope so.”

“If we put everything together then we can start where we left off; and that is not ‘a given’ as everyone else has been working,” reasons Smith. “What a story it would be to take this bike from those positions in Qatar last year to a podium or maybe a win.”

“The competition will not be sleeping so we will see where we are in these first races,” advocates Team Manager Mike Leitner. “We made really good steps on engine and with lots of chassis work and with suspension.”

“We will keep the speed up, it’s our passion,” insisted Beirer. “It is amazing how tough MotoGPTM is: if you are within one second of the top guys you can still be out of the top fifteen. We knew this though and wanted the challenge. We have close partners, great relationships and a strong group and now we need to make the next steps.” 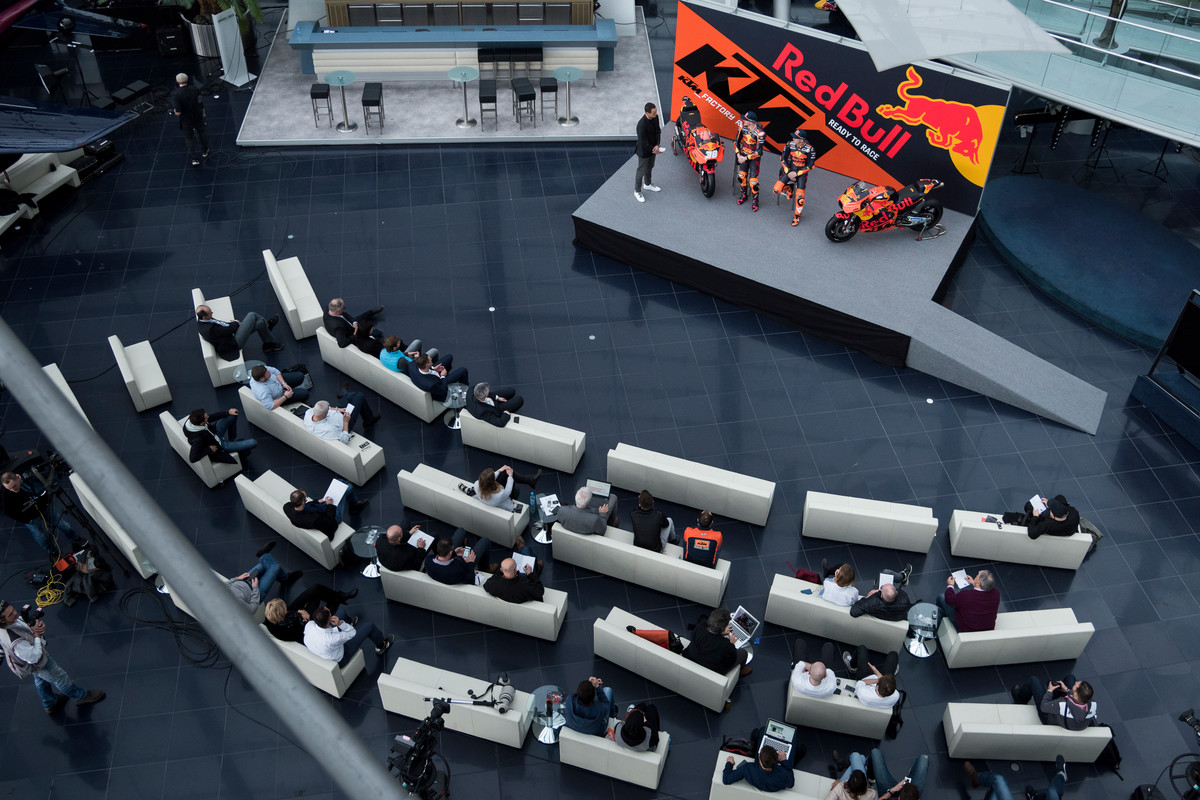 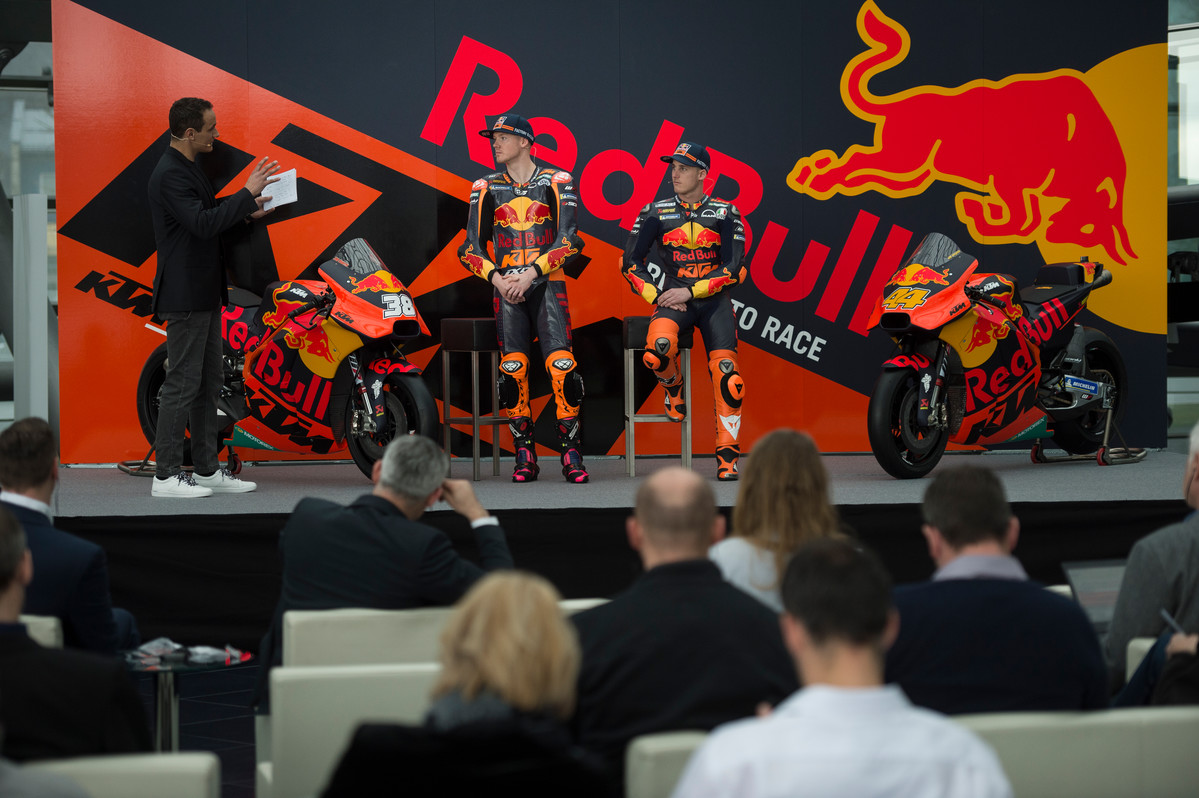 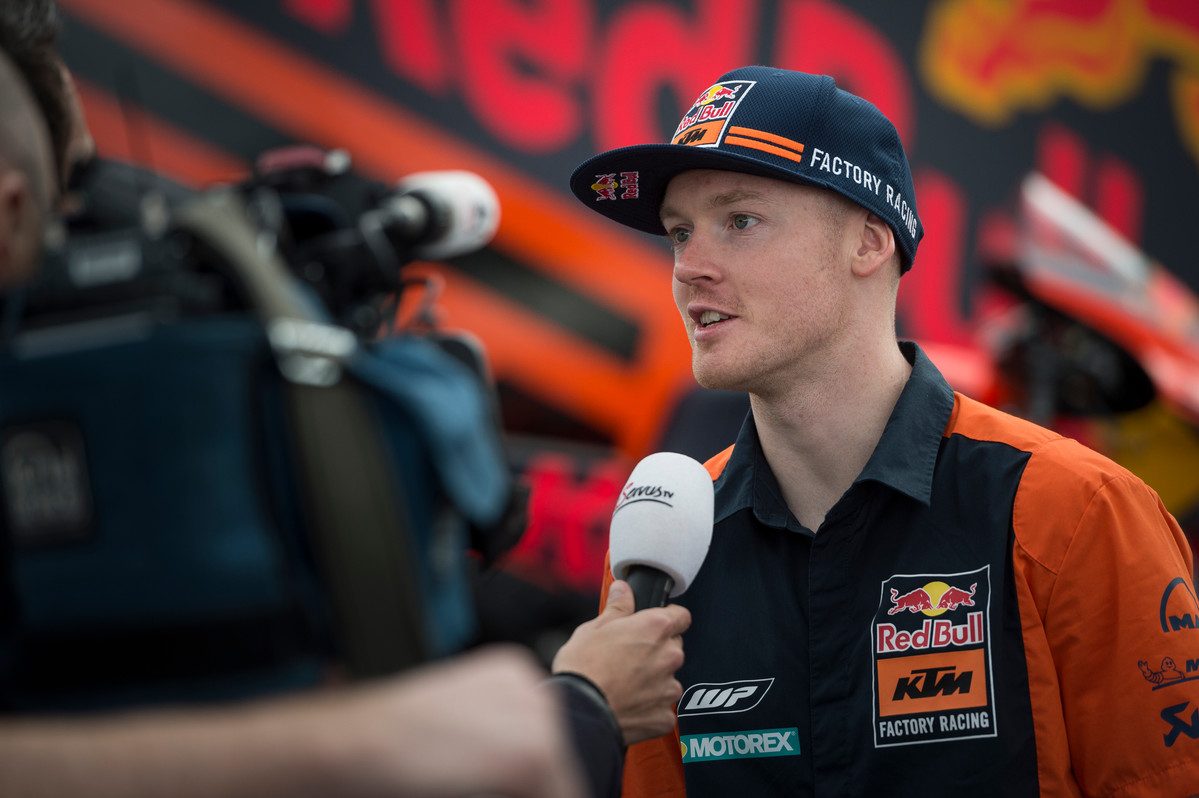 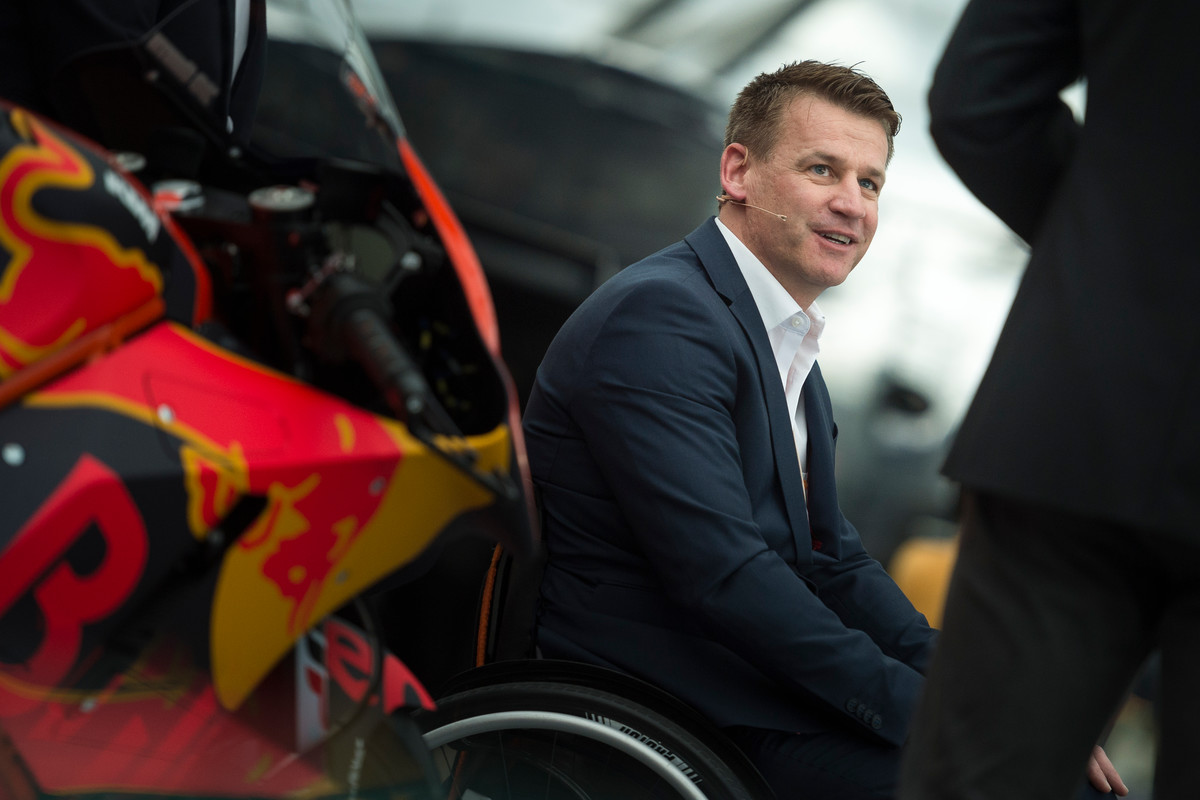 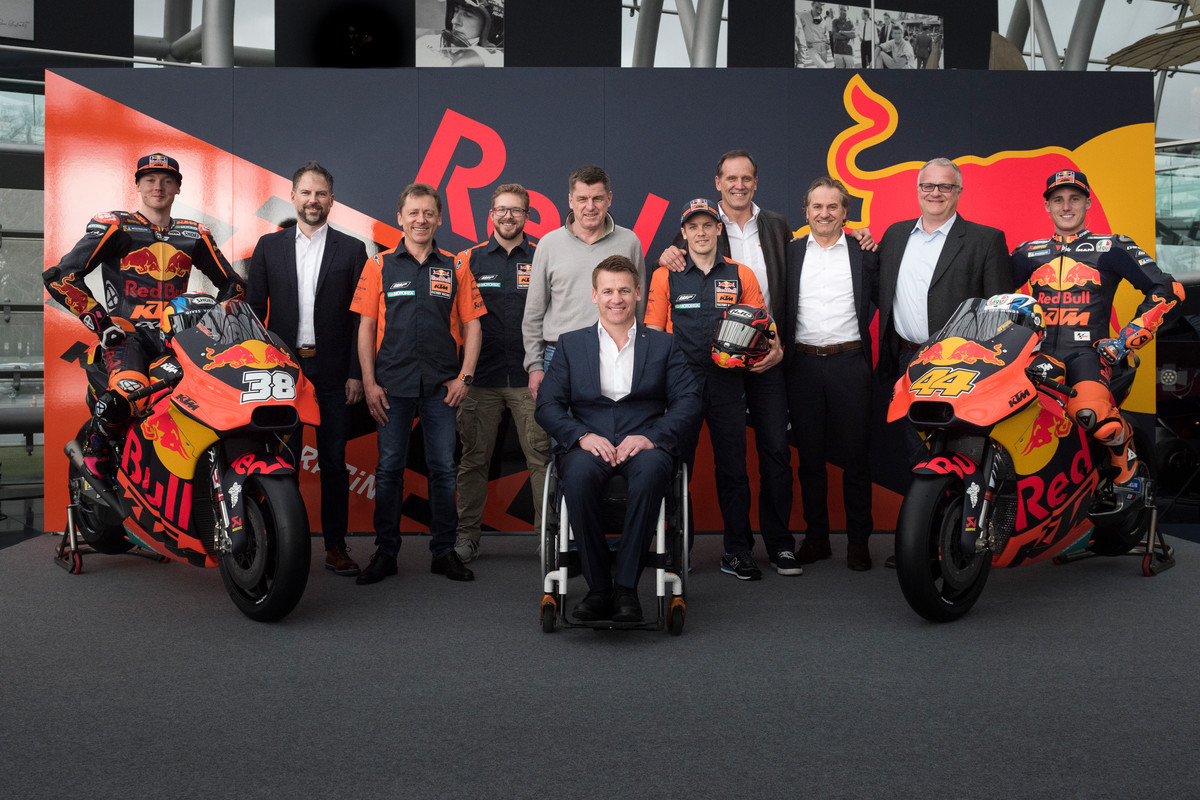 A major news theme around KTM at the moment involves the acquisition of the Tech3 satellite team from 2019. Partnership with Hervé Poncharal’s unit means a gilded path for young riders through the MotoGPTM ladder: Red Bull MotoGP Rookies Cup, Moto3, Moto2, satellite MotoGPTM and factory team. “I’m happy that our structure is in place and that will mean four bikes on the grid in MotoGPTM in 2019. It’s pretty cool that a rider can stay with the Red Bull KTM family through the classes,” said Beirer for a scale of progression that no other manufacturer can boast.