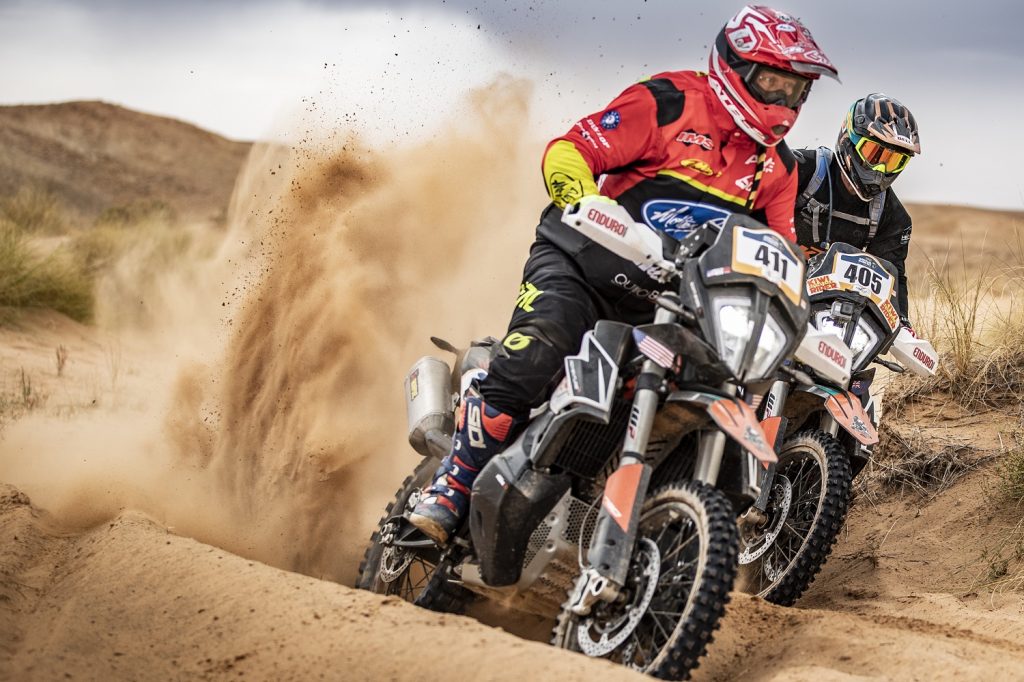 After five days ripping up the Moroccan desert against 11 other KTM 790 ADVENTURE R-mounted racers, Scott Myers talks us through the seven crucial moments that led to him becoming the inaugural KTM ULTIMATE RACE champion.

From never having ridden a ‘big’ Adventure bike offroad to winning a five-stage long race in the sands of Africa, Scott Myers’ story is one to be heard. A seasoned motocross, supercross and Baja (21 of them, in fact!) competitor, the 50-year-old American accepted a random invitation to join the KTM ULTIMATE RACE qualifiers by KTM ambassador Quinn Cody and the rest is history. 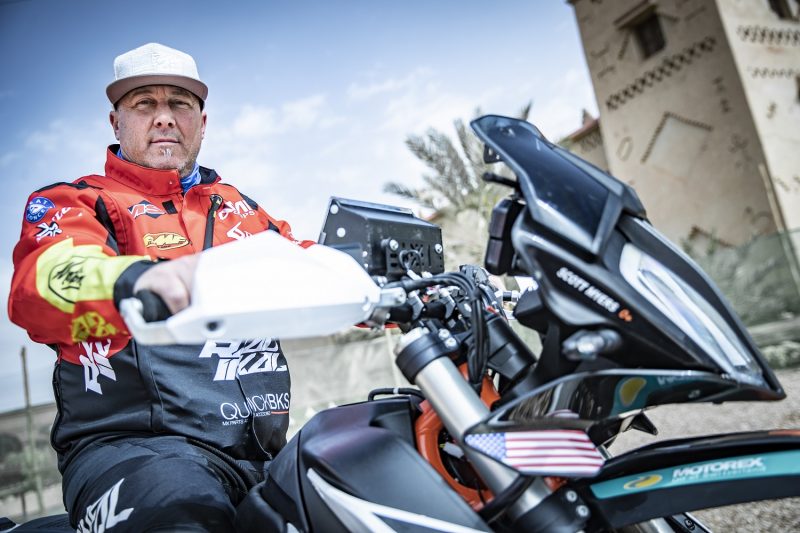 With Scott providing an in-depth interview to Upshift online magazine, with their permission we’ve extracted the seven major steps in the American’s unique journey to KTM ULTIMATE RACE supremacy.

1) A racing background
“My father raced professionally back in the ‘60s and ‘70s. I got into riding when I was three-years old and started racing when I was five or six. I had a career in racing motocross and supercross, but I was no Ricky Carmichael. I got to ride in the best days; the ‘70s, ‘80s, ‘90s. I was lucky to race in the days when you could make a pretty decent living out of it. I had a great career and then I got into racing Baja. I’ve been racing Baja for over 20 years now and I have multiple championships racing down there. That’s how I really got to know Quinn Cody.” 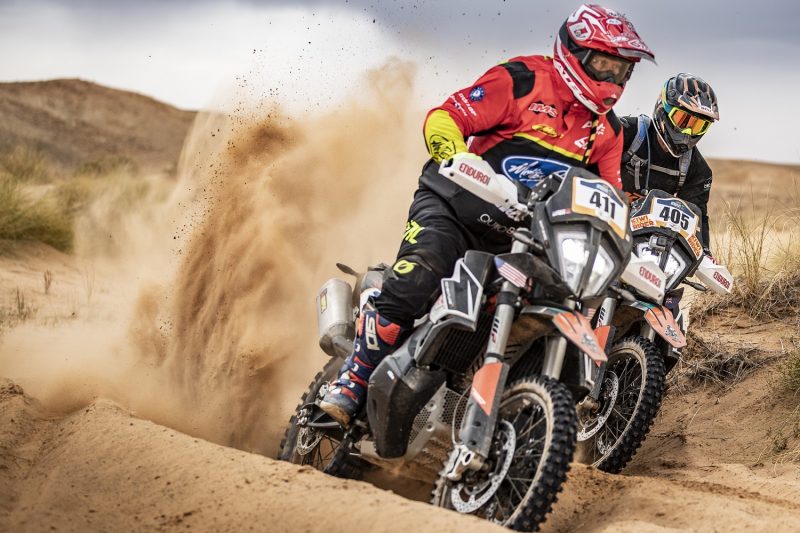 2) An adventure bike newbie
“Quinn is the reason I got the idea of going to the KTM ULTIMATE RACE qualifiers in Park City. I had never been on an adventure bike in my life before. I have a KTM 950 SUPER ENDURO, but did not take that motorcycle on the dirt until recently. Quinn asked me to join the qualifiers at the KTM ADVENTURE RALLY and I just showed up. I had not ridden that motorcycle in the dirt until I pulled up to the line for the special test in Park City. I showed up with an eight-gallon tank and full saddlebags. People were laughing at me like you could have left your bags back at the hotel at least. So, I raced the special with full bags and I won it. That was my jump into adventure bike riding really.” 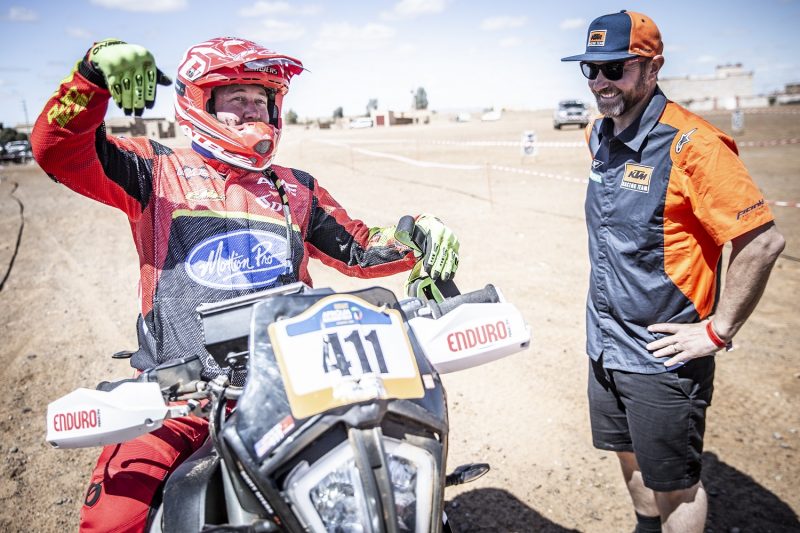 3) It’s all getting real …
“Before heading to Morocco, I tried my best to eat a bit better and lose a few pounds. I just got on my motorcycle a lot and rode with my son every weekend. With my family, a full-time job and everything in between, that’s all I had time for. What made me a little bit worried at first was the GPS navigation. The idea of rally racing is you’re following this roadbook, you come to a certain turn, and you need to look over and make sure that your ODO matches the road book. So, you know that you’re on course, and boom, off you go again.” 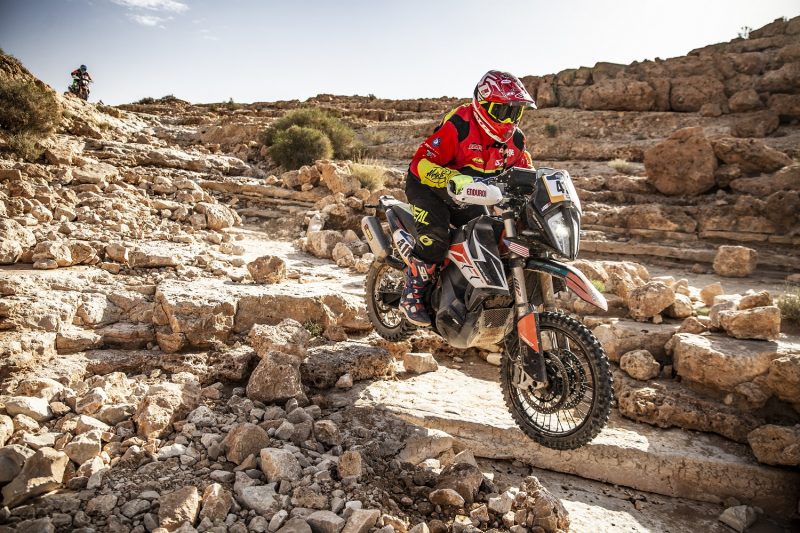 4) Pre-race woes
“I’d never navigated in my life, so I had no idea what I was doing. In Morocco there were a few competitors that had never seen a road book and others who were more experienced. I found it to be not as difficult as I thought. I love the idea of navigation anyway. Racing offroad is not so much that type of navigation but it does require to know your bearings. I’ve always felt that was pretty naturally for me. I found that the navigation itself in this race was hard. It took me a couple of days to get used to it, but I got better and better at it. It was great having Quinn to help and Marc Coma was there every day. The greatest rally navigator on earth, sitting there at a table with me, helping me figure stuff out.” 5) In the heart of the Moroccan desert
“I thought Morocco was amazing. I’ve never seen so many sand dunes in my entire life. Rocky roads, the technical stuff, the high-speed stuff all suits my style perfectly. But, I’d never even ridden a big bike in the dunes before. I also loved the camaraderie between competitors. There was no competitive nature whatsoever at the end of each day. I would say my buddy Kevin, the farmer from New Zealand, he was probably the most competitive guy there. But it was great. There’s no way it could’ve been a better group. Smiles every day.” 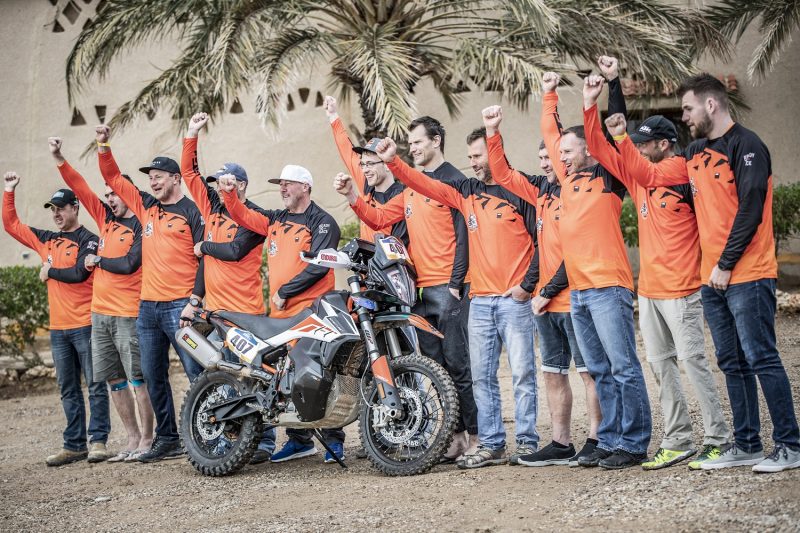 6) The KTM 790 ADVENTURE R machine
“The KTM 790 ADVENTURE R was amazing. It handled so good for an Adventure bike. I was totally blown away. But at the same time, yeah, I struggled. The sand over there is so soft at points that your bike would instantly be buried. There was no gassing out of it, there was no momentum that you could get. You were going to be there for a few minutes to get it out. KTM has found a niche with a modern-day Adventure bike, with all the bells and whistles, the ABS, the traction control, just the modernization of an Adventure bike, but really dirt-friendly. Great dirt suspension, obviously lighter than one of the bigger bikes, has a good feel to it and a high fender like a dirt bike. For that guy that’s wanting to get into this, the KTM 790 ADVENTURE R is the only and best bike to buy.” 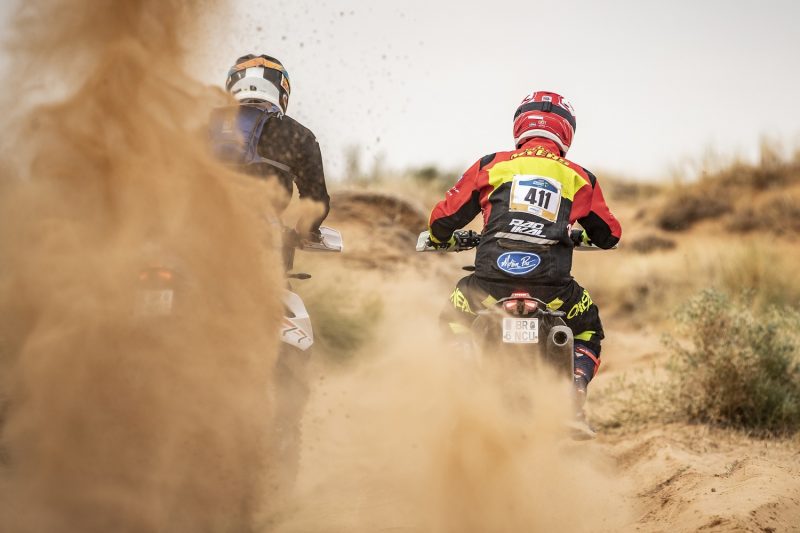 7) Almost throwing it all away
“During the race, I’d find myself holding my breath sometimes, racing in this amazing country. But I also had to deal with mental and physical stress and I almost screwed up the entire thing. I had a perfect week of no problems and entered the last stage with a 33-minute lead, but ended up crashing four or five kilometers before the finish. I came up over this dune and I didn’t make it up. As I was coming up over again I hit a piece of camel grass and went over the bars. It took me a few minutes but finally got the bike back up. From there I cruised it all the way to the finish and that was it. The feeling of everything that was going through my mind was like nothing you can even imagine. Quinn was there yelling at me for almost throwing it all away. But I’ve made it. I’m just so thankful to KTM for everything. I’ll be going to some KTM ULTIMATE RACE qualifiers and I’m so excited to kind of be a part of it.”

The full interview was published in issue 33 of Upshift.