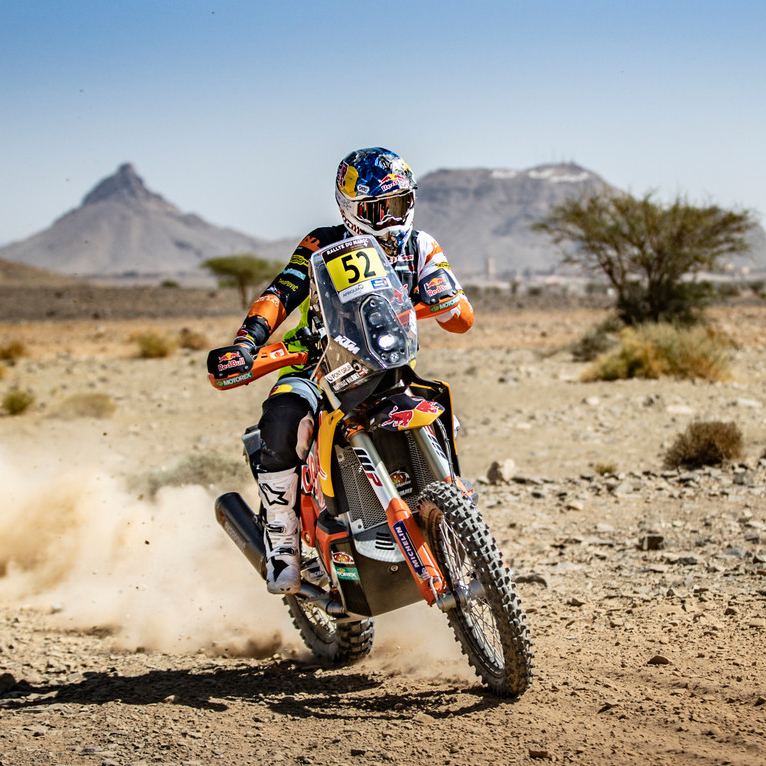 THE VIEW OF A RALLY CHAMPION

Matthias Walkner is the 2021 FIM Cross-Country Rallies World Champion. Crowned in Morocco with a round of the five-event series to spare, the Red Bull KTM Factory Racing rider lifted his second world title in rally after an exciting campaign aboard his KTM 450 RALLY machine.

As you opened this blog maybe you were expecting an interview. Something about the grit, determination and, well, outright speed with riding ability and confidence the very few are gifted with. Maybe you were expecting a story about the journey of rally itself, the navigation, the highest highs to the lowest of lows. A journey that every factory rally rider is familiar with?

Well, no, it’s not quite that. Austrian racer Walkner won the Silk Way rally and took runner-up honours in Kazakhstan and the Rallye du Maroc on his quest for the championship, and while riders rarely get to really take in their experiences when riding in excess of 150km across dunes, trails, canyons and riverbeds, we’re lucky to have some of the world’s best photographers snapping away their story. So instead of an interview, feast your eyes on the journey of a rally rider, the terrain he’s been through and the victory he found at the end of it; for these are our top picks when it comes to the best images of Matthias from the 2021 FIM Cross-Country Rallies World Championship.

7 Responses to THE VIEW OF A RALLY CHAMPION