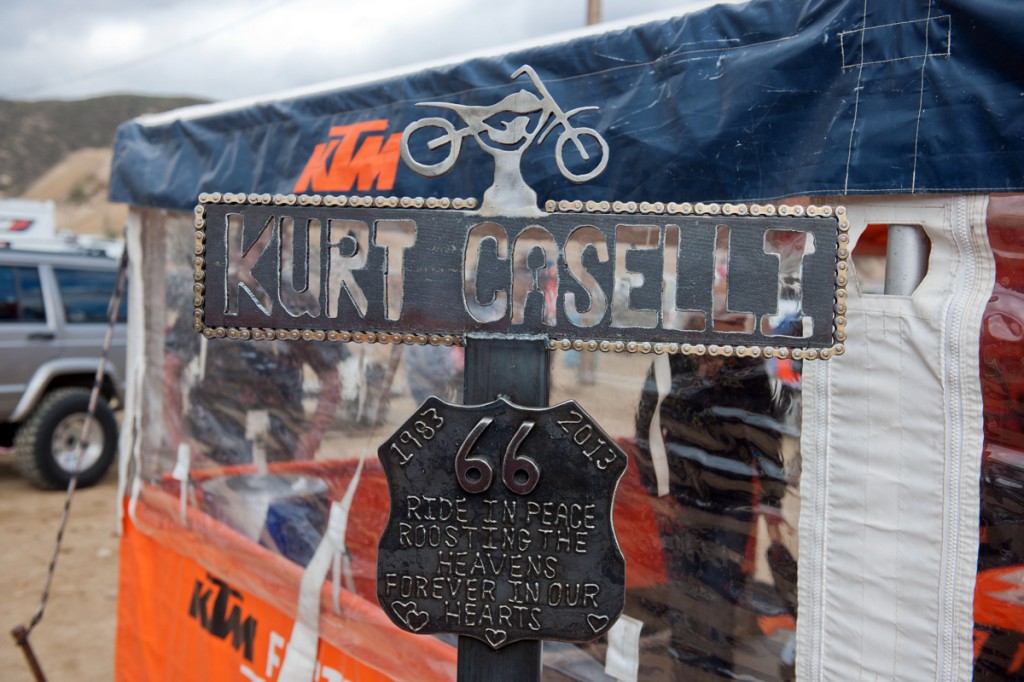 Cloudy skies at one of California’s most famous off-road circuits reminded everybody of the reason for the gathering at Glen Helen but this was a moving and appropriate send-off to one of America’s fondest bike racers. 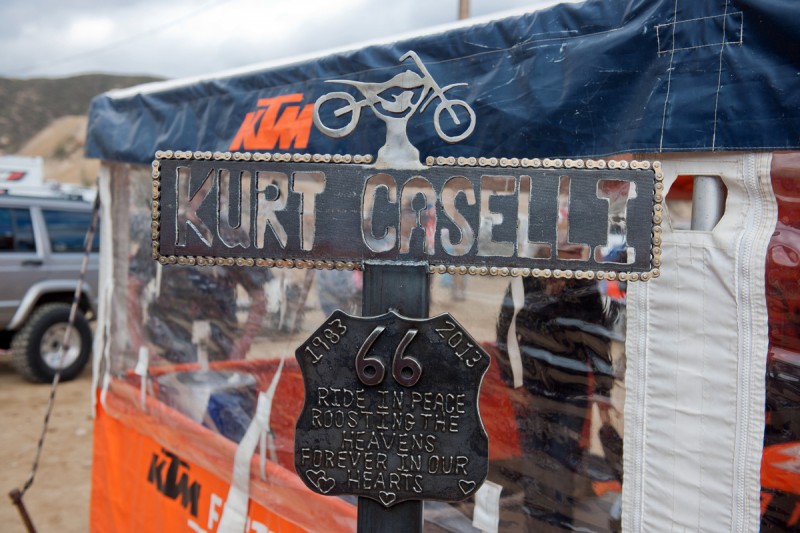 The lengthy queue of cars and campers into the facility at San Bernardino was the first indication of how many people had come to embrace this incredibly premature goodbye to Kurt Caselli who was just thirty years of age when disaster struck at the Baja 1000 rally two weeks ago. The KTM crew and the American’s team-mates were just some of the many who came to pay their respects and take a ride-out in Kurt’s honour with his mum Nancy and fiancée Sarah at the head of the vast pack of motorcyclists. Motocrossers like Dean Wilson, Blake Baggett, Cole Seely and then other luminaries like AMA Superbike racer Chris Fillmore and off-roaders like Destry Abbott were part of the group that numbered several thousand. 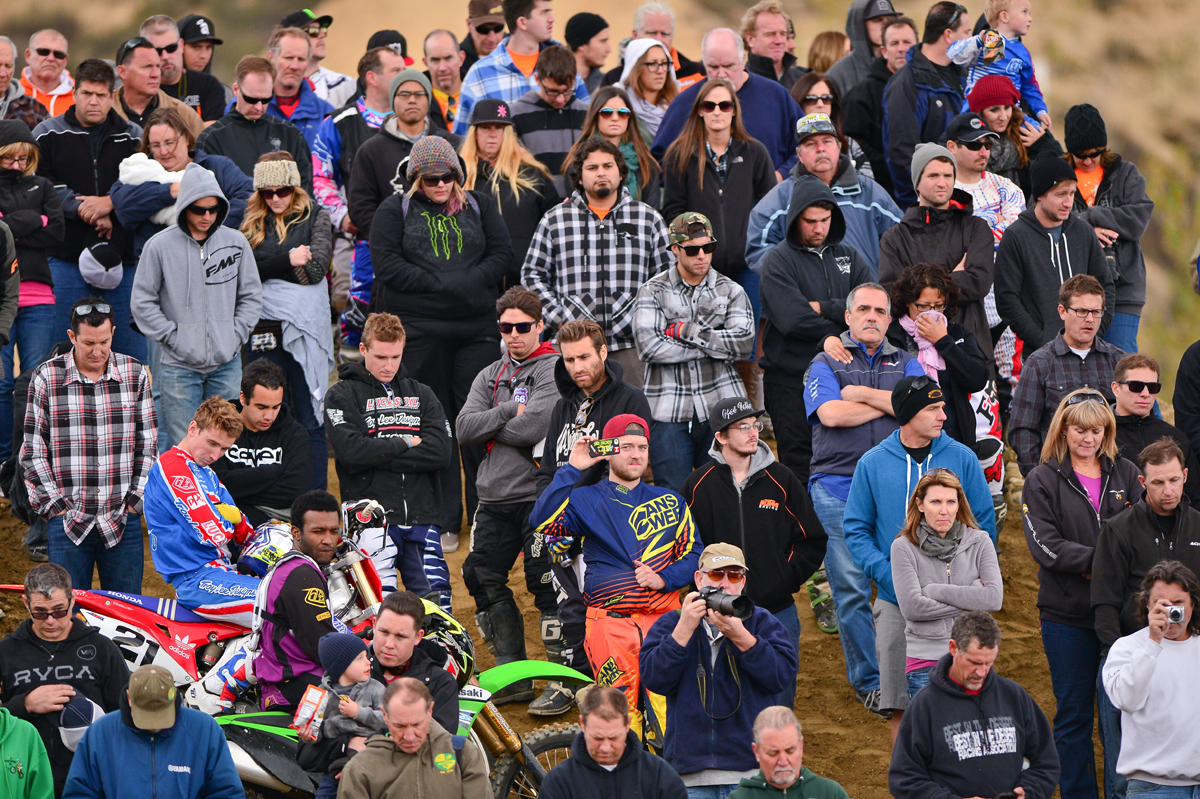 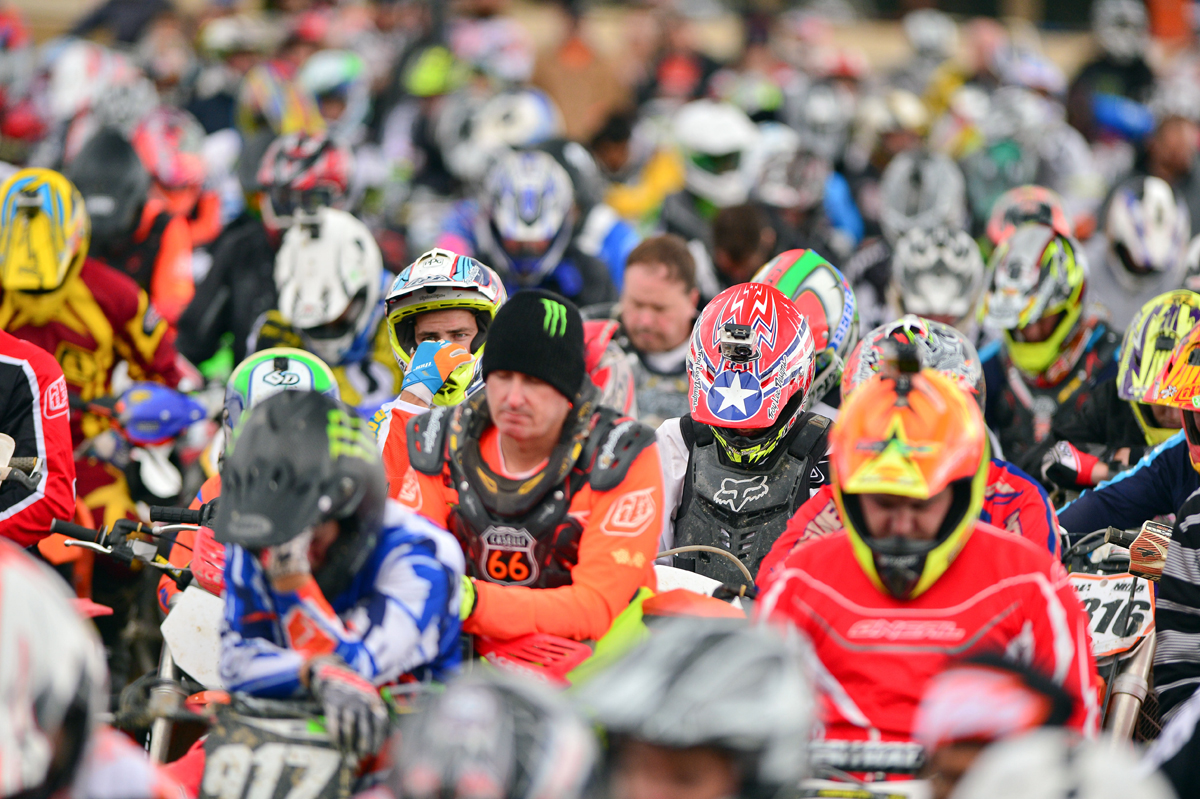 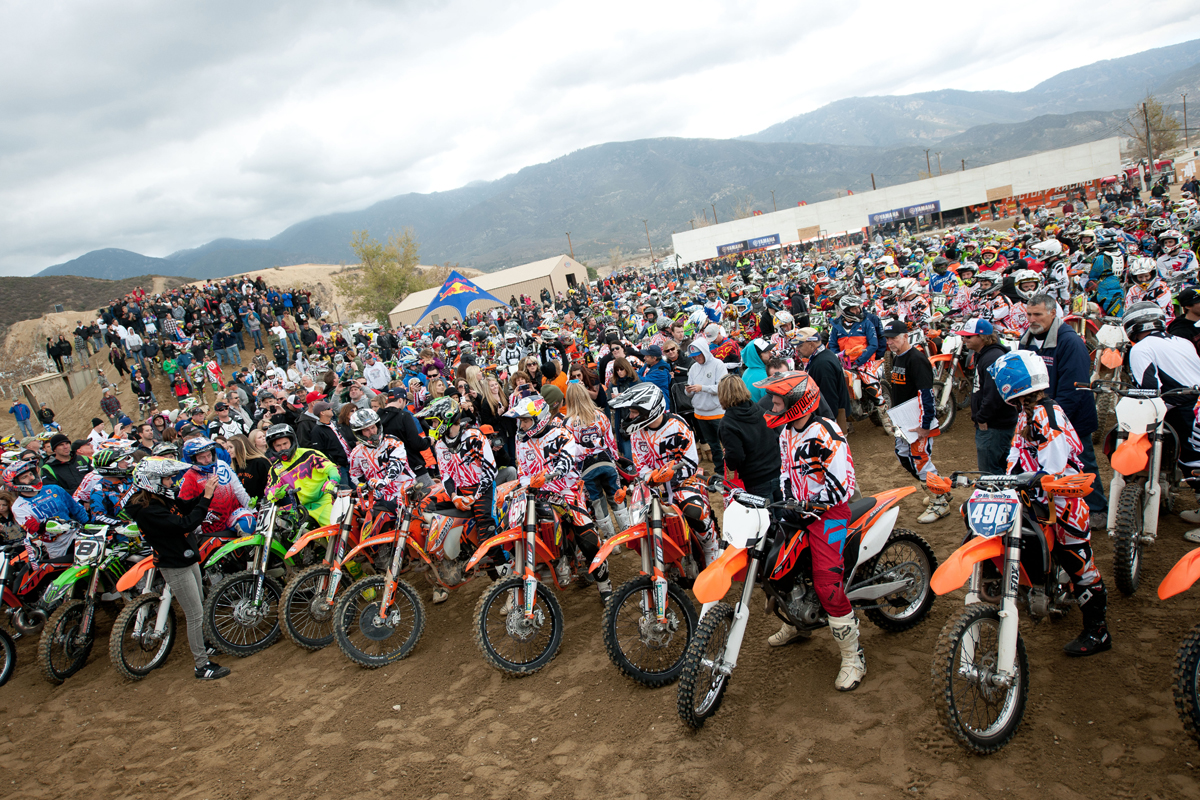 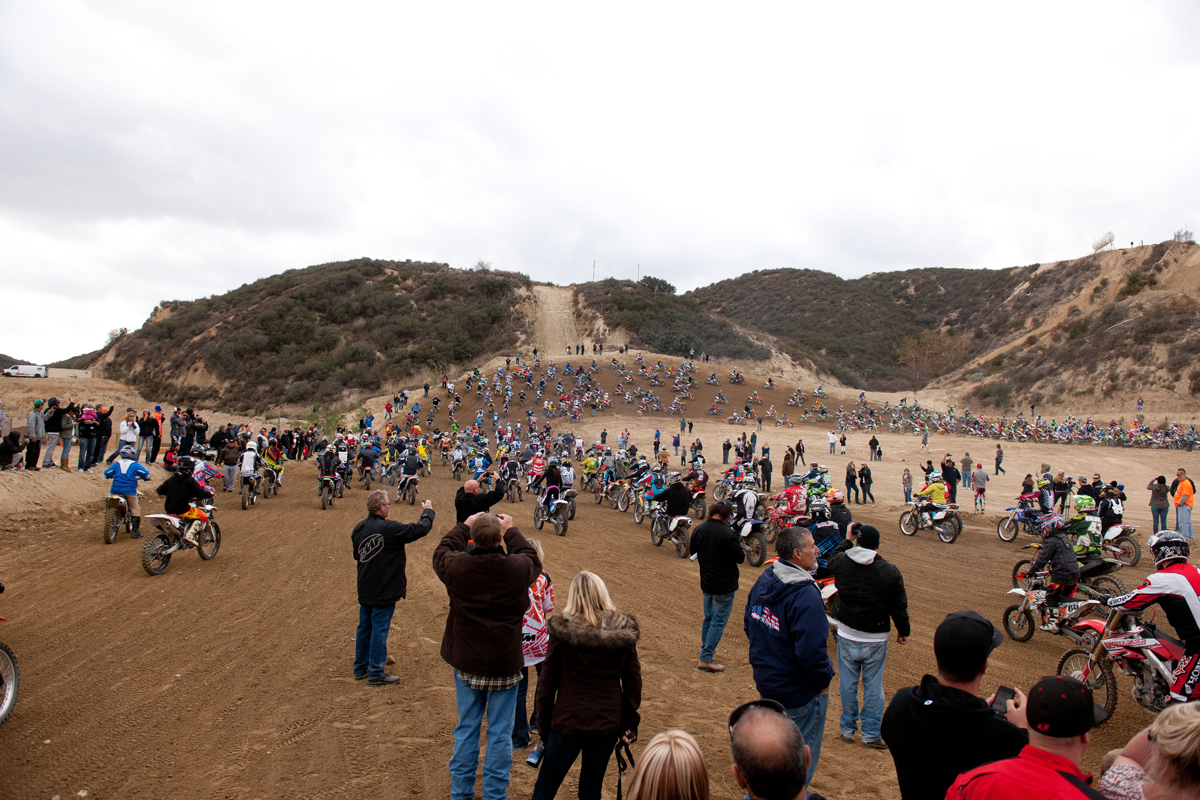 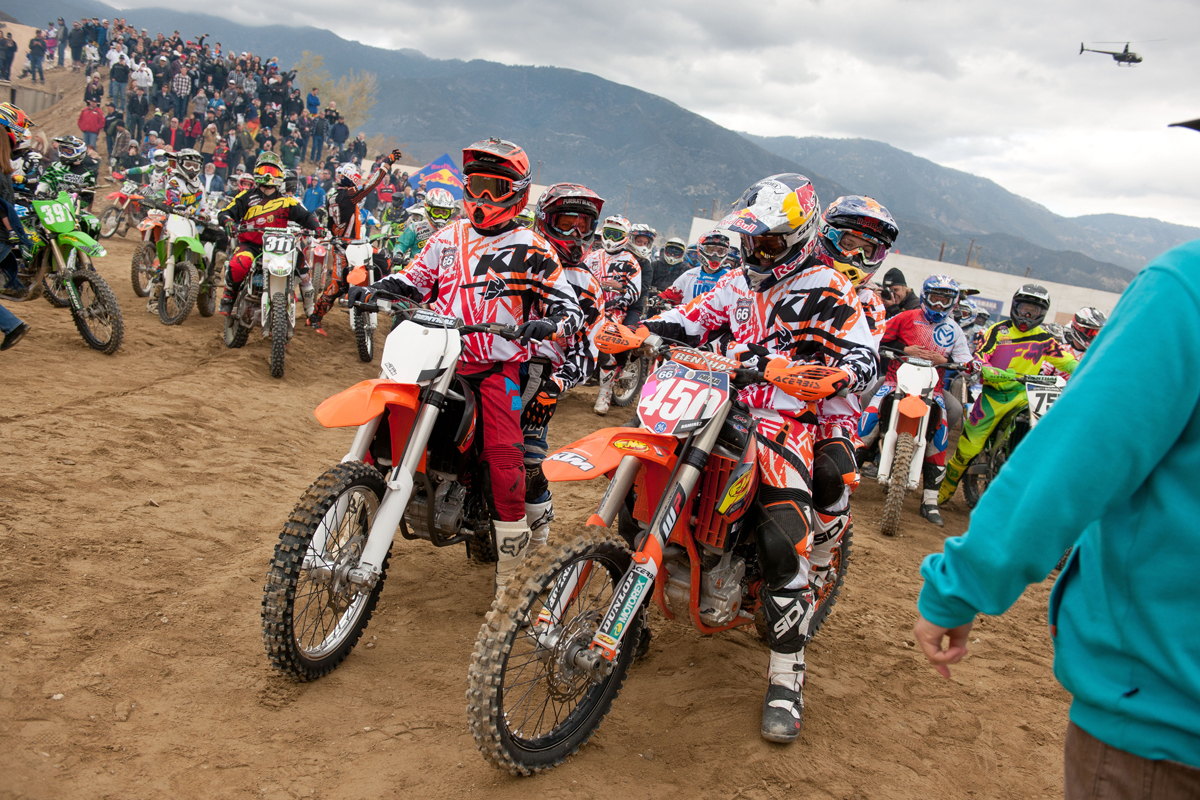 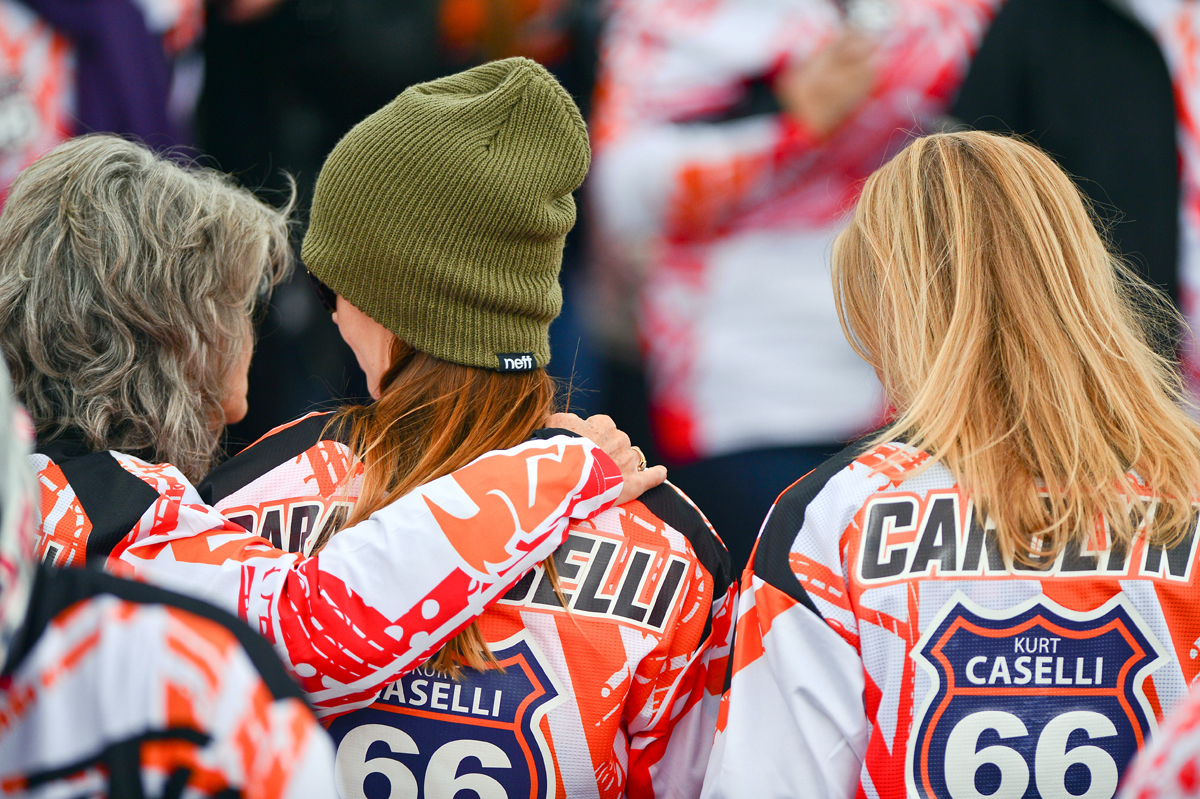 On display was a photo-wall dedicated to the fun, memories and important moments of Kurt’s life as well as his race-bikes. The KTM 450 RALLY, that he was set to steer in the 2014 Dakar that will take place in just a few weeks, stood redundant and forlorn but also proud; an indication of the level and status that Caselli reached in his short time on two wheels. 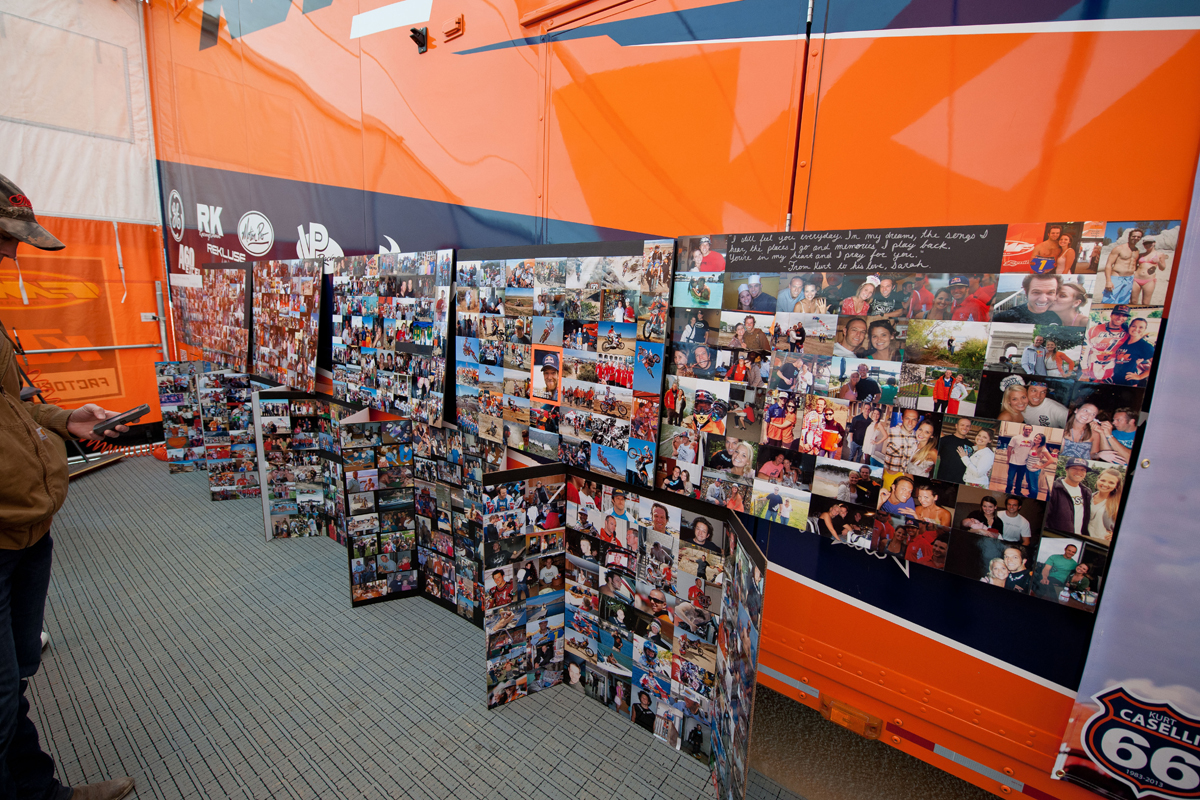 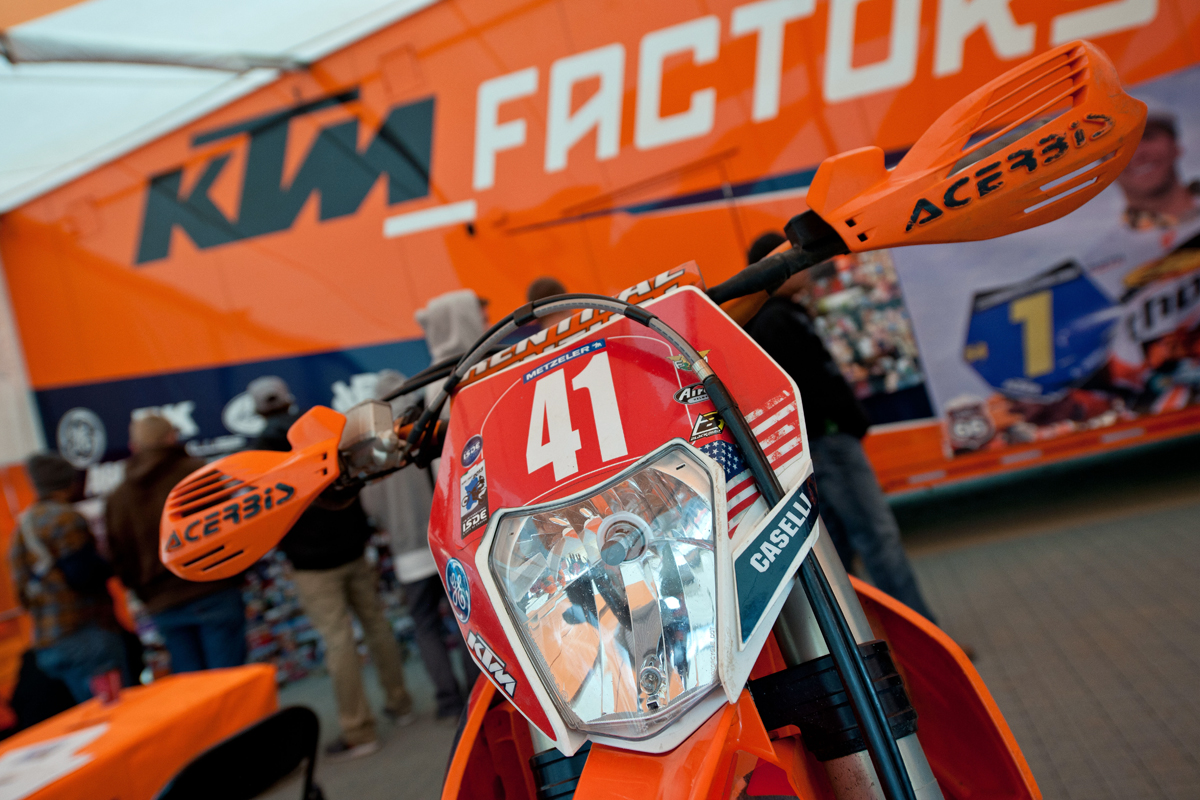 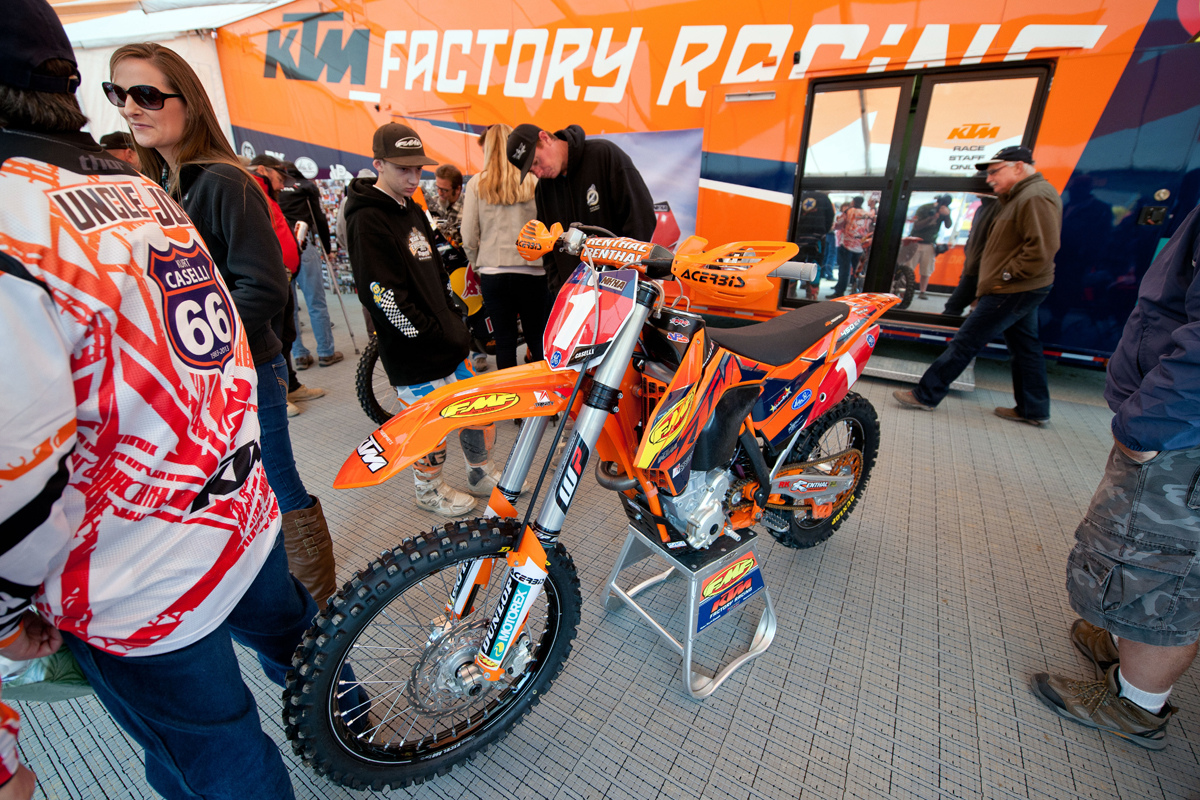 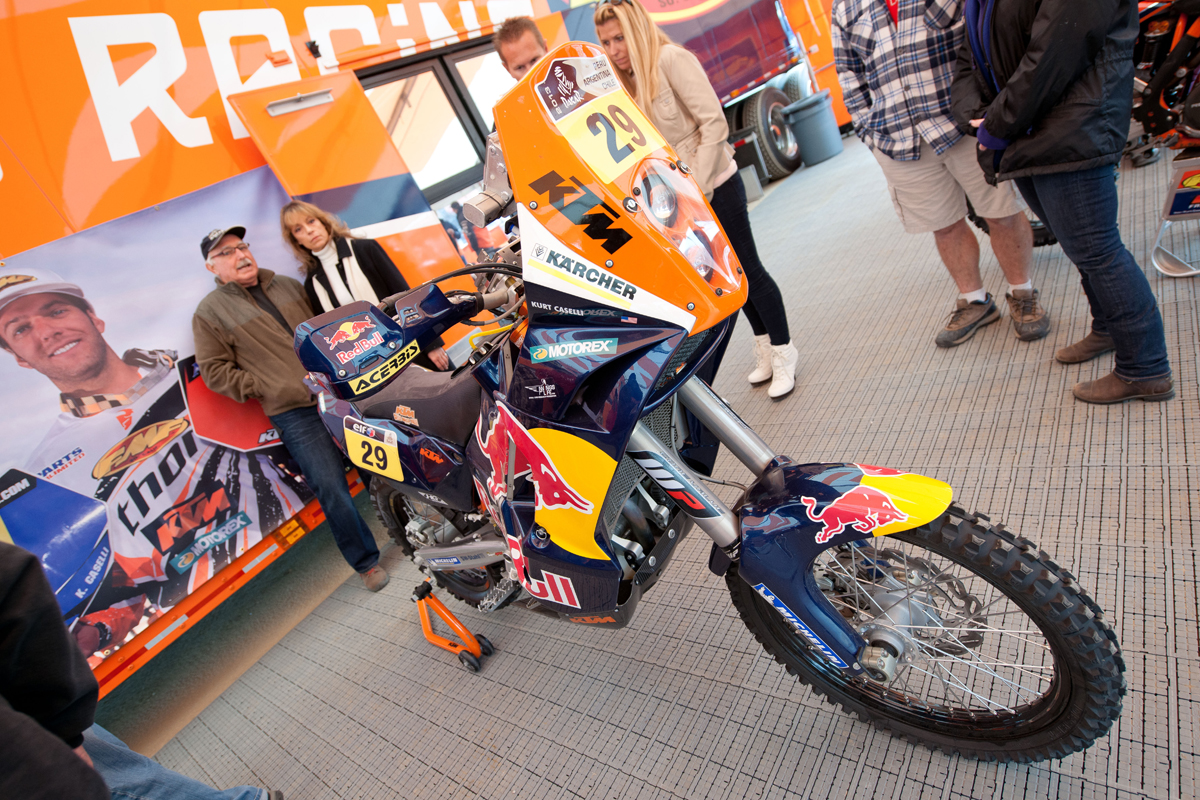 Although there is still a degree of numb-acceptance of the unexpected accident and turn of events that deprived the American off-road scene of one of its most important and high profile figures and KTM of one of their personable, reliable and decent athletes, the day at Glen Helen was as much celebratory of Caselli’s life as it was a rolling ‘goodbye’. Kurt will be remembered for his passion to the sport and riding. The way he committed himself to a lifestyle and a belief in the bike but keeping a humility that was easy to warm-up to. The AMA Supercross and Motocross racer Zach Osborne, Caselli´s compatriot and teamate at this years SixDays in Italy found the right words:

Zach Osborne: “Kurt as a person was as genuine and caring as they come. I knew Kurt for a long time. Often we didn’t speak for a while however every time we got back together it was as if we talked everyday. Kurt was the type of person that you want your child to be like or someone that is a true role model to look up to. Kurt as a racer was often an overlooked talent due to the fact that off-road never got much attention until recent years. I feel like Kurt paved the way for the future of off-road riders and racing and brought it to a more appreciated level in our industry.”

Most of those at Glen Helen will remember the tenacity that brought Caselli multiple Hare and Hound titles and elevated the Californian into the upper sphere of the sport on U.S. soil but also internationally in the one discipline –Enduro/Rally – where America are playing catch-up to other nations. Caselli was a badge of honour for the United States.

KTM North America announced full support for the establishment of the Kurt Caselli Foundation at Glen Helen that saw proceeds – almost 60,000 dollars – from the day and further donations heading to efforts to support technology for increased rider safety in off-road riding as well as setting up a high school scholarship fund. People interested in donating to the foundation can send money to: KTM North America, Inc., c/o: Caselli Foundation, 38429 Innovation Court, Murrieta, CA 92563. 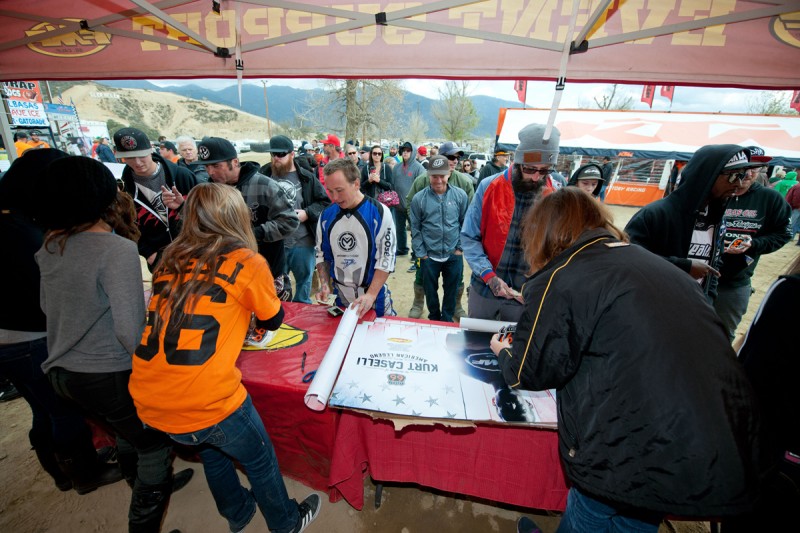 119 Responses to Thousands descend on Glen Helen for Kurt send-off!