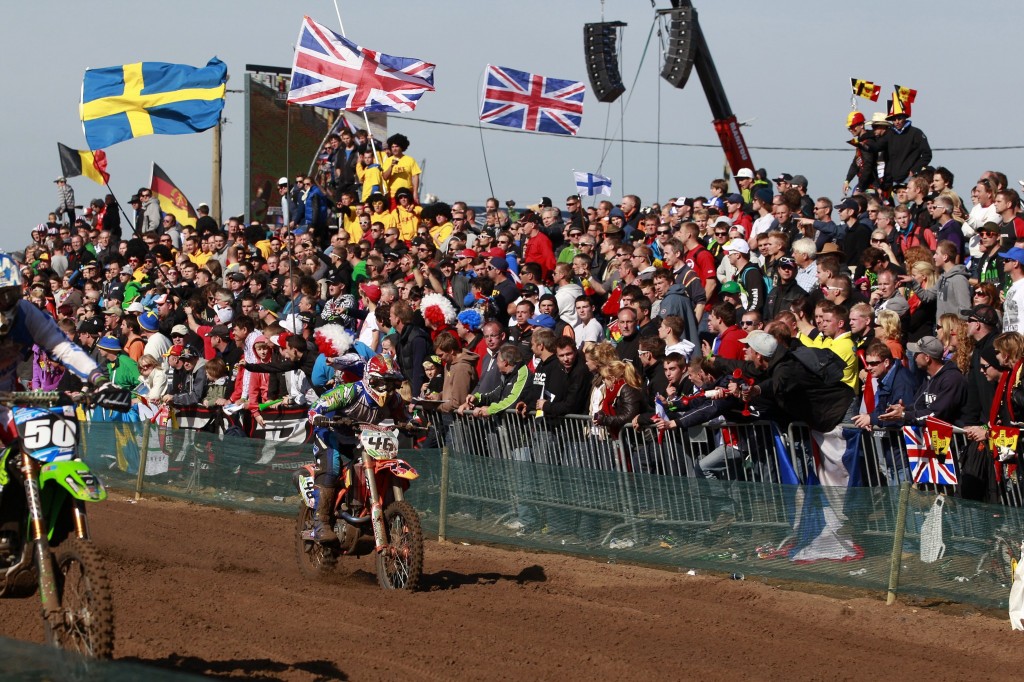 It’s a big week for off-road racing. Over in Sardinia the historic International Six Days Enduro gets underway next Monday but before that the 67th Motocross of Nations will explode at the undulating Talkessel circuit at Teutschenthal in Germany. Red Bull KTM riders will take centre stage for the annual international extravaganza.

It is the biggest motocross event of the year and the 67th edition will see the hosts, Germany, performing in front of a crowd expected to hit almost six figures throughout the weekend. To cope with the influx of people at the small hamlet a few kilometres outside of the city of Halle the local residents have helped form a traffic plan and stream into the staple GP facility for race fans from across the globe. The international scope of the ‘MXoN’ is such that over 40 countries have enlisted and have selected the three best riders from their land to do battle at Talkessel. Through practice and qualification on Saturday the main task for these teams will be to make the final cut of 20 squads to enter the three main motos on Sunday and fight for points to win the coveted Chamberlain cup.

Many eyes will be on the German trio of Max Nagl, Ken Roczen and Dennis Ullrich. Roczen in particular became the country’s first AMA Supercross Champion (250SX West Coast) this year and has won the MX2 class on his 250SX-F for the past three editions of the Nations in USA, France and Belgium. Flying in from his Californian base last week to catch up with friends and family and to get ready for arguably one of the most high-profile events in his nineteen years, Roczen has fine memories from Germany’s landmark success in the Lommel sand almost twelve months ago. “Our goal was to get on the podium and we had a hard fight with team Belgium and this is history for us and the whole team,” he said then. “This is a really big thing and it will take a few days before we can really think about it. We will definitely enjoy it next year with the 1-2-3 number plates.”

Well, next year – and those number plates – has come around. “It is great to be back in Germany and it is already a year since we were last back here,” he commented in an official preview video for Team Germany and reflecting on his MX1 wild-card Grand Prix appearance in 2012 where he finished as runner-up. “Riding as a team is really good because otherwise you are just a lone fighter. All that matters here is that all three riders can get good results.”

One of the main stars will be four-times MX1 FIM World Champion Tony Cairoli. The Italian picked up fifteen podium results from seventeen rounds of the 2013 Grand Prix series on his 350SX-F and now tries to defend his status as MX1 champ at the Nations; earned so emphatically in Belgium last year. “I felt really good in Lommel and there was a good chance to finish on the podium but we [Team Italy] couldn’t make it. I was very happy with my day though.” Cairoli has journeyed from mirth to misery at the Nations as fantastic performances in England, Italy and Belgium have been off-set by bad results in the USA and France in recent times. ‘222’ is hoping his luck does not swing in the other direction this weekend after his double moto win last summer. “We’ll see! I hope it also doesn’t change. The Nations is a different event. I normally perform better over a championship compared to just one race.” 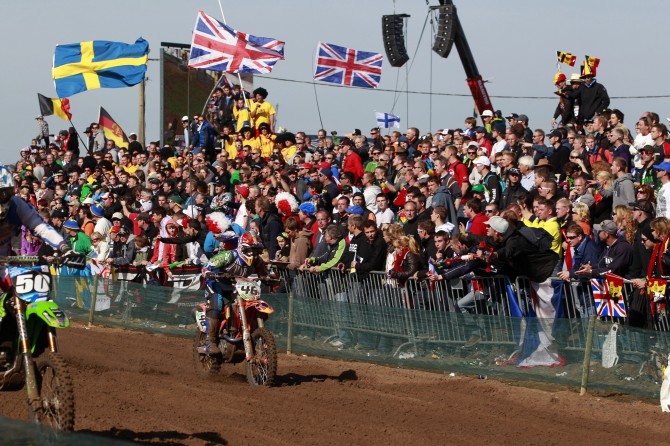 Cairoli might be modest but there is no doubting that he thrives on the sense of occasion and the chance to race in front of the biggest, loudest and most colourful crowd of the season is something that resonates: “I love it when there are a lot of people. We are there to make a show!”

One of Cairoli’s biggest threats on the track will be AMA counterpart Ryan Dungey. The former AMA Supercross and Motocross Champ – indeed KTM’s first no.1 in the American premier class with his 2012 crown – will be present for the formidable Team USA with his 450SX-F. Dungey has only been beaten once in his four appearances for the ‘Stars and Stripes’ and the Americans are extra motivated to reverse their defeat at Lommel last year where a streak of seven consecutive triumphs was broken. Normally the key to Nations glory lies in the overthrow of Team USA with such potent talent and speed at their disposal. Dungey is joined by Justin Barcia and Eli Tomac to try and extending their conquering tally of 22 victories in the competition.

KTM fans will be able to spot plenty of Orange on show at Talkessel if they are lucky enough to get a ticket and fit trackside or are watching through the TV screen. Cairoli’s team-mate Ken De Dycker forms part of Team Belgium and are one of the main favourites for the Chamberlain trophy alongside the Americans. The tall veteran has just come off one of his best Grand Prix seasons with third place in the MX1 standings. Jordi Tixier gives the MX2 Grand Prix Red Bull KTM crew some presence with his slot for Team France as team-mate and double world champ Jeffrey Herlings misses out with a weak nerve in his left shoulder forcing him to the sidelines for six weeks. Teutschenthal will see Tixier’s Nations debut and the 2013 championship runner-up will surely be motivated to make his first run for the ‘Tricolor’ the perfect way to cap a best sporting campaign to-date.

Spain’s Jose Butron and Jonathan Barragan are in play, while Jake Nicholls will again represent Team Great Britain for the third time. Australian hotshot and new factory Husqvarna recruit for 2014, Todd Waters, will be turning in his final appearance on the 450SX-F until he goes ‘white’ in the winter.

For more information on the 2013 Motocross of Nations click HERE

All photos by Ray Archer

148 Responses to Time for Teutschenthal!