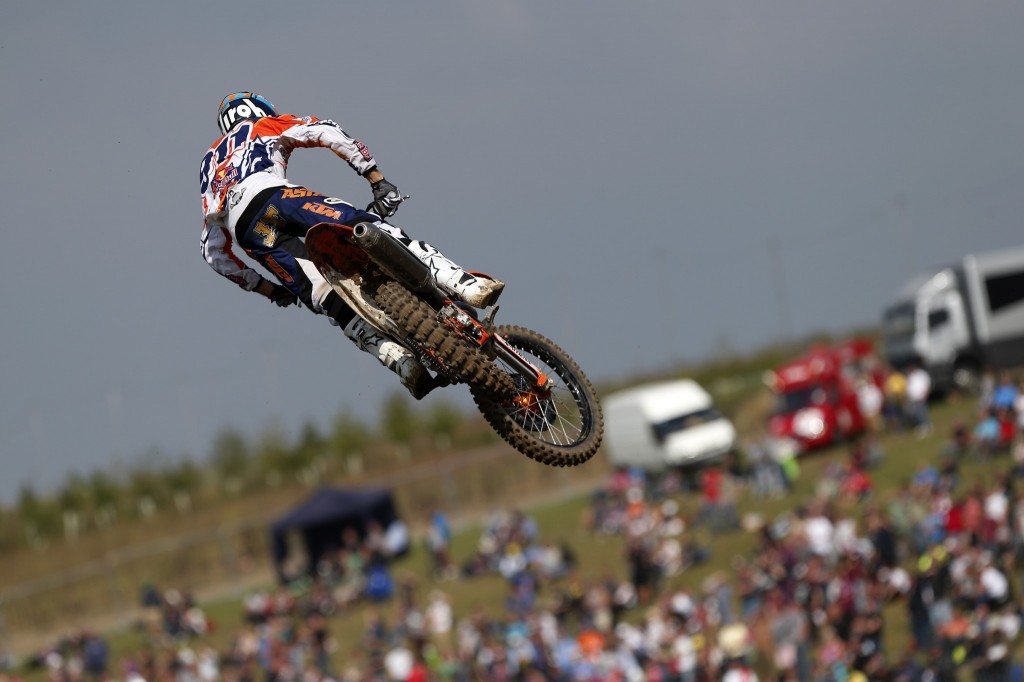 The MX2 FIM Motocross World Championship runner-up chats supercross and the different approaches required to be a hit ‘Indoors’. 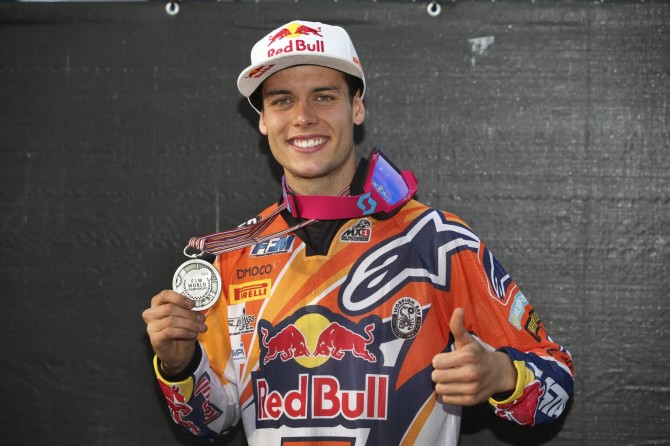 The 911 KTM was an ever-present sight at the front of Grand Prix in 2013 but 22 year old Jordi Tixier didn’t jump straight onto the sofa with the climax of the season at the Motocross of Nations at the end of September. The Frenchman carried on riding but switching the table-tops jumps, long sweeping corners and deep ruts of an MX track for the compact, hectic and jump-laden lines of supercross. The bookend for Tixier’s superb year at the highest level and with the works Red Bull KTM lay not so far from his home with the 31st Bercy Supercross occurring in the heart of the French capital. With Team Manager Stefan Everts by his side, Tixier mixed moments of lightning speed with some spiralling crashes as he attacked the 40 second lap-times inside the old Parisian arena.

Jordi Tixier: “Last year was not the right time to come to Bercy because we had to plan for that early season start and there wasn’t much time to get supercross training done, this year I wanted to race because I like it so much,” he said. “At Bercy it is always crazy. This place is only 50km from my home so the support is fantastic. Supercross can be a big show and you can really feel the participation of the public.”

Here are three ways in which Jordi has to switch things up for supercross.

1. Get fit to get fast
“Many things have to change. Physically it [SX] is already different. After finishing the motocross season I started riding supercross and after three laps I felt dead! It needs another form of training because it is so quick and so intense. This means some other activities in the gym to work on that ‘explosive’ nature of it and also a lot of time on the bike to sort out the timing. I reckon the best form of training you can do for supercross is just to get in the saddle. Cycling and running are decent forms of exercise for fitness but being on the bike itself pushes your heart rate and those muscle groups you need to cope with all those jumps and obstacles. It took me a few weeks and now of course I can do fifteen laps quite well but it would need another programme for me to push to the limit. We’ve just finished the GP season and I’m looking at the long-term so events like Bercy are about having fun instead of being focussed on big goals. Overall I’d recommend getting the laps done and then away from the track work on sprint training. Supercross is not like motocross because you don’t have a moment to recover or take a breath.”

2. Get the bike right
“For the engine…the factory KTM 250 SX-F for sure has the perfect amount of power that I need and that’s one area where I don’t have to worry. I work quite a lot on the suspension (making it a lot harder) and set-up because you need to have confidence in the bike for things like the whoops. Whoops are a scary part of supercross…that whole sensation of getting out of control and not being able to do anything about it. That said, when you get them right it is just the best feeling. Skipping over them flat-out is amazing. It is the most difficult part of supercross because you must hit them with the right amount of speed. If you are too slow then you cannot bounce on the top for the whole section. You have to be brave, fast and have the technique to keep it lined up all the way. The bike also has to set correctly to be able to let you do that.” 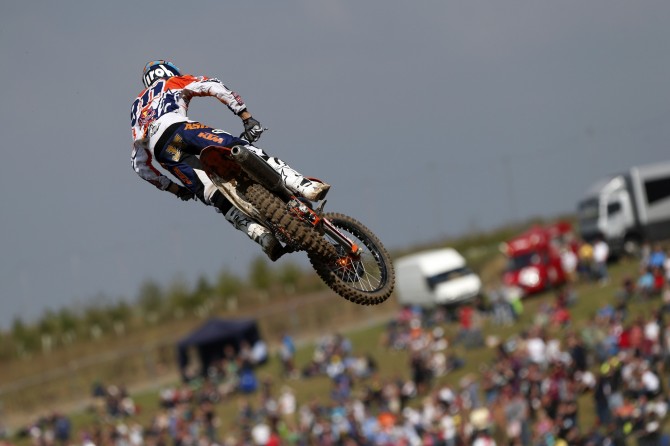 3) Get air, have fun
“Supercross is all about the jumps…that’s why I like it! You have to be good with the bike in the air otherwise it is not for you. You have to be really focussed, more so compared to motocross, and hit those lines every lap. There is room to be a bit loose in motocross and that’s not really the case in supercross. The jumps are better prepared and need to be, so that is another difference. At Bercy the jump by the start was getting a bit rutty on take-off so that increases the technical level even more. Motocross is a lot of fun but after seventeen or eighteen Grands Prix I am a little bit over it and need something else. Supercross is bit fun for me and although it means making some changes I love it.”

47 Responses to Tixier on Supercross