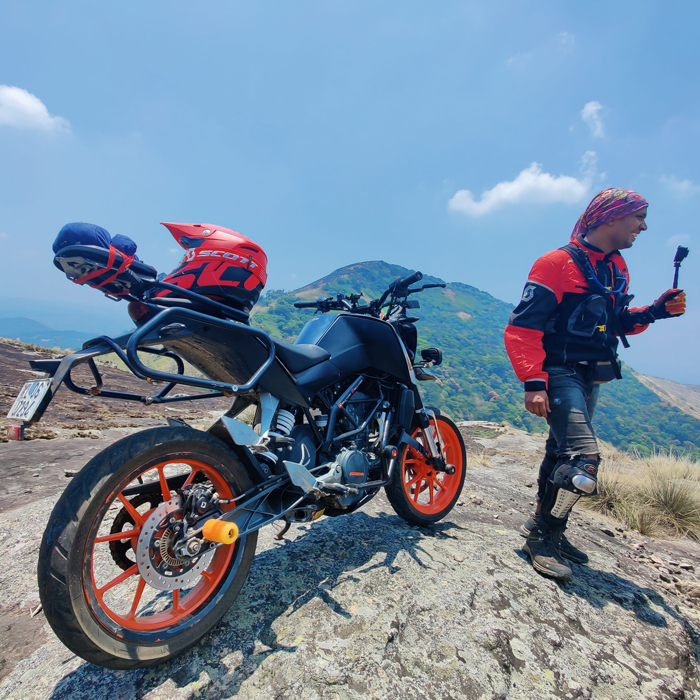 Paulo Coelho once said, “When you want something, all the universe conspires in helping you to achieve it.” For ULTIMATE DUKE RIDER Solomon Daniel, that phrase not only defines his entire riding career – but also his future.

Solomon Daniel grew up along the tropical Malabar coastline in Kerala, India. Renowned for its scenic landscapes and beauty, Kerala is often referred to as ‘God’s own country’, seemingly designed for motorcycling with mountain roads littered with hairpin bends.

It would make sense then, that Solomon would inevitably upgrade from his bicycle to a motorcycle, eventually finding his perfect match in a KTM 200 DUKE. However, as you will soon learn, Solomon wasn’t happy with being restricted to the tarmac, and quickly started exploring the dirt tracks around the area.

He soon realized that it was too risky to take a street bike on deep offroad, but he accepted the challenge regardless – much to the surprise of his fellow riders. Solomon became obsessed with the idea, and soon completely changed the perspective of what a KTM DUKE is capable of with a few modifications.

When asked if he embodies the DUKE mentality, Solomon answers with an emphatic ‘YES!’

For him, the KTM DUKE represents so much more than a great motorcycle. It’s become a companion. His best memories and adventures have been made possible by owning a KTM DUKE. He even calls himself a DUKE addict, as most of his conversations end with something DUKE related.

But most of all, he attributes his freedom and ability to love life to his KTM DUKE. After all, he says, life’s a journey that has to be enjoyed.