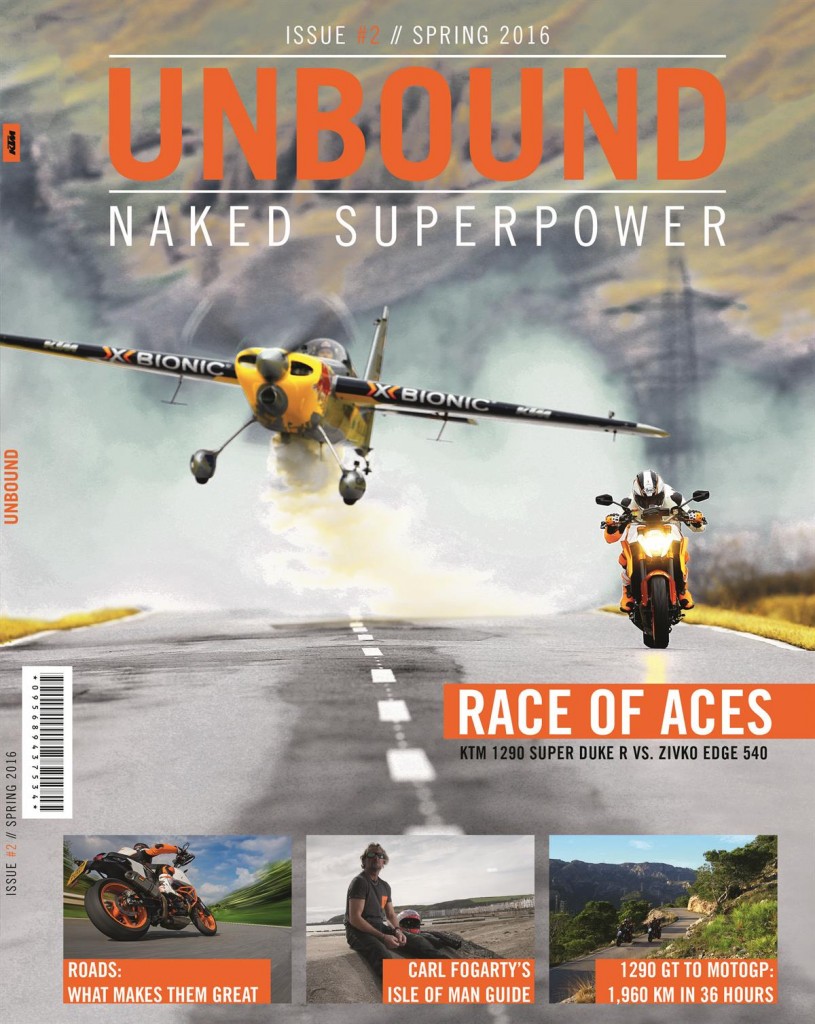 The second edition of KTM’s own premium lifestyle magazine, UNBOUND, is now available at no cost in dealers throughout Europe. 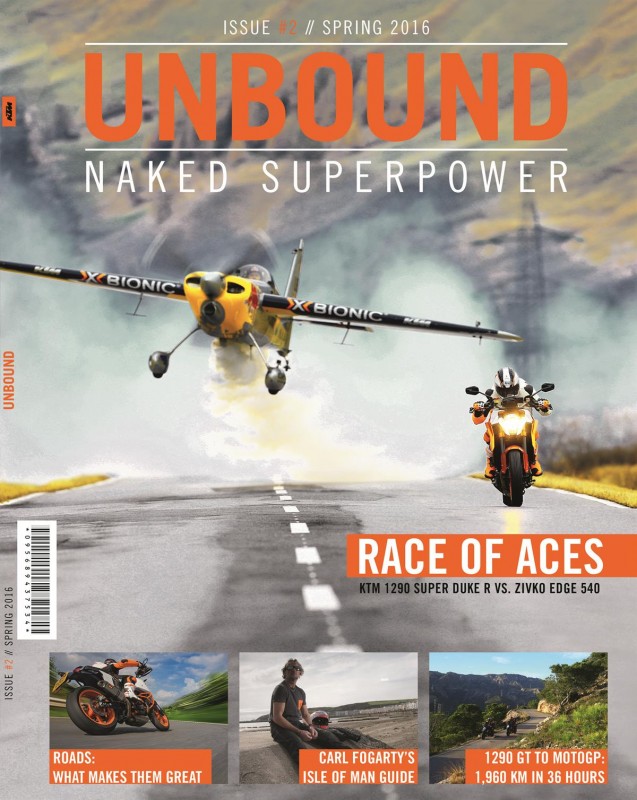 Using the nine-strong naked KTM DUKE range to transport the reader across a 110-page journey, the free publication is packed completely with exclusive content and stunning photography that covers a wide variety of topics from around the world; from travel to technology, stunting to suspension, interviews to the insane – right through to the origins of orange.

The magazine also asks whether the original LC4-powered DUKE is ‘still good at being bad’ 22 years since it was launched and a prototype version of the new KTM 1290 SUPER DUKE GT is ridden 1,960 kms to a MotoGP race in just 36 hours before being signed off for production. There’s also an in depth interview with KISKA’s Creative Lead for KTM design, Craig Dent, a look at what exactly goes into making a road and a day spent learning tricks with DUKE-mounted professional stunt rider, Rok Bagoroš. 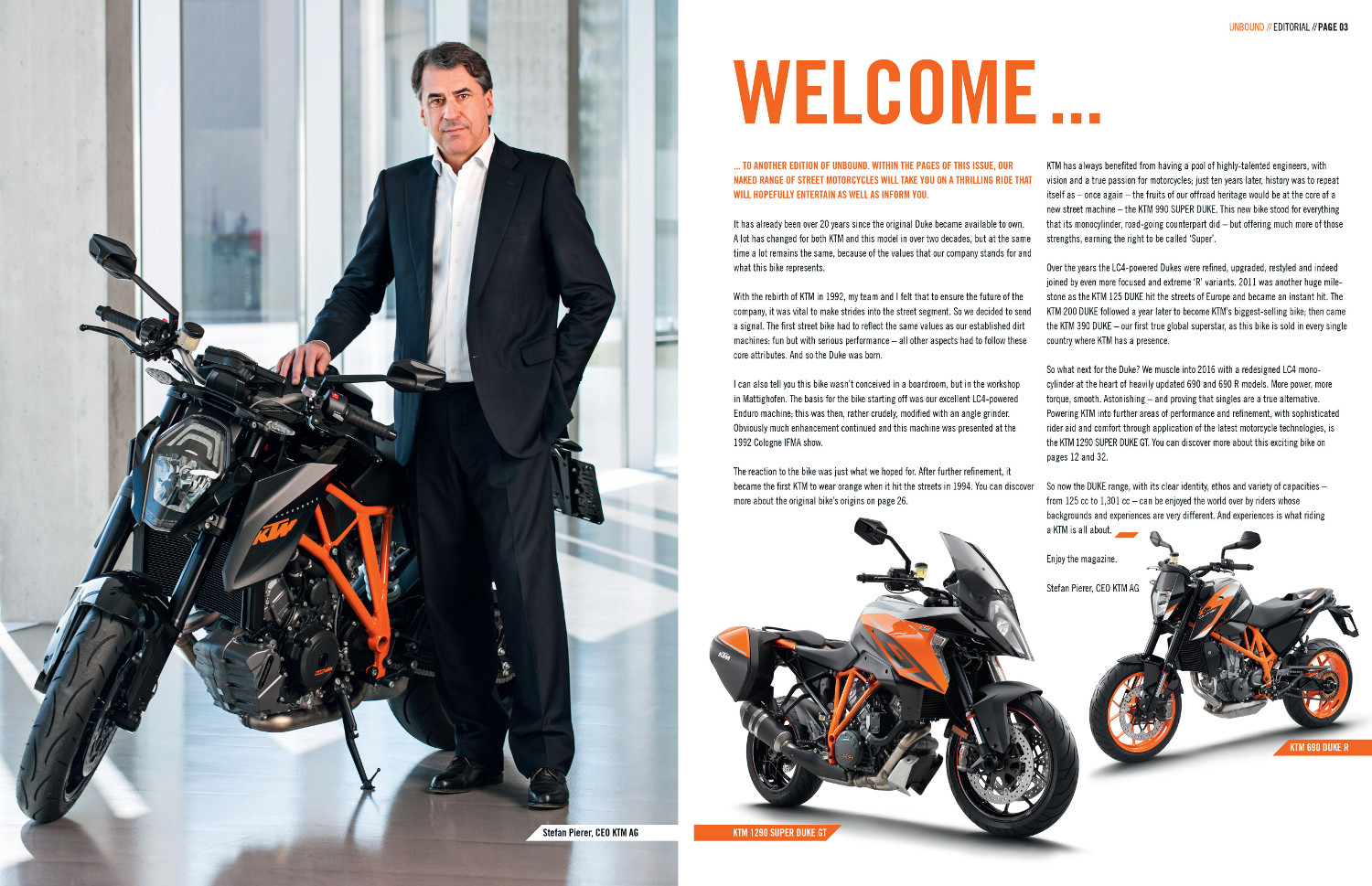 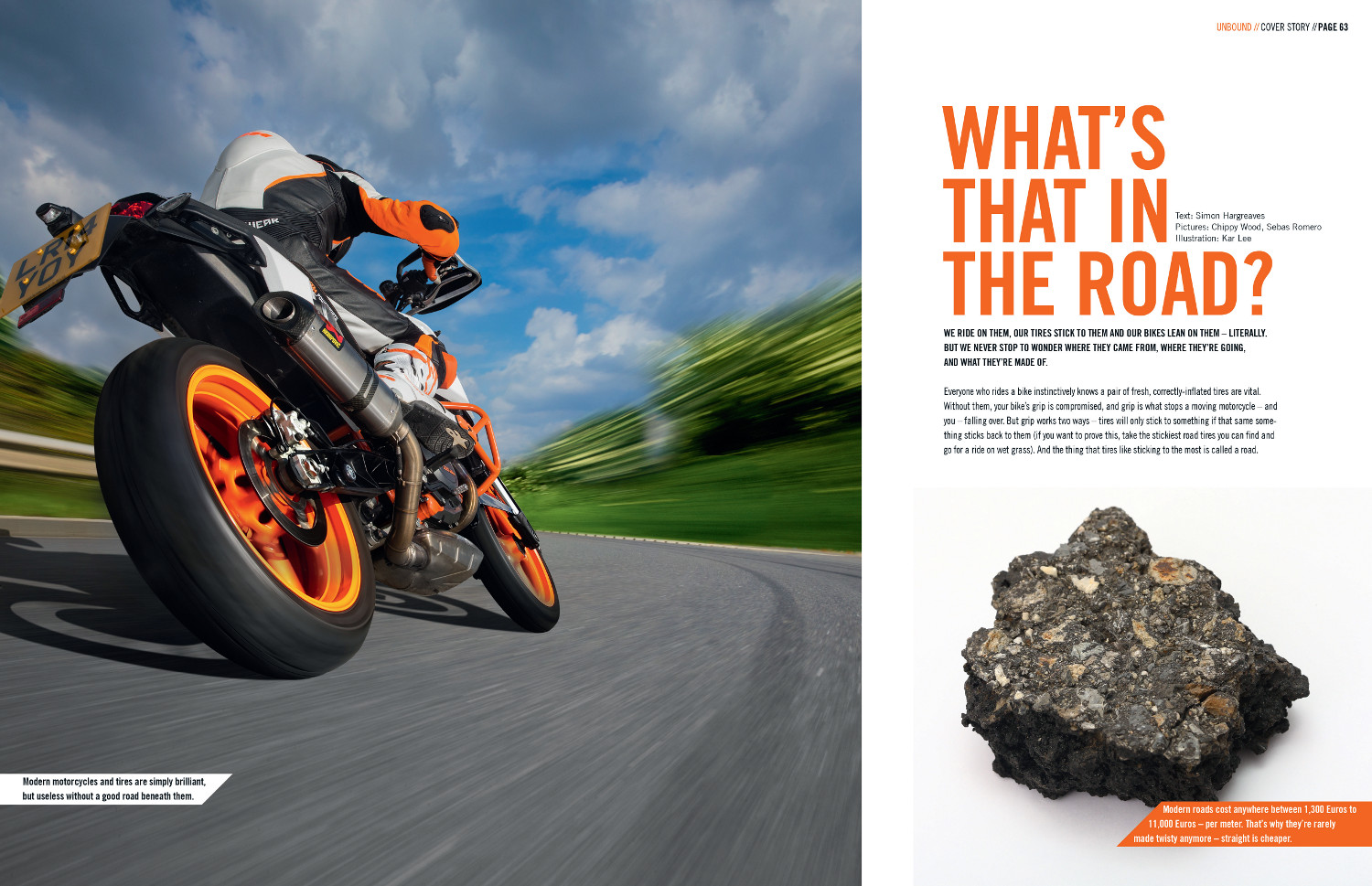 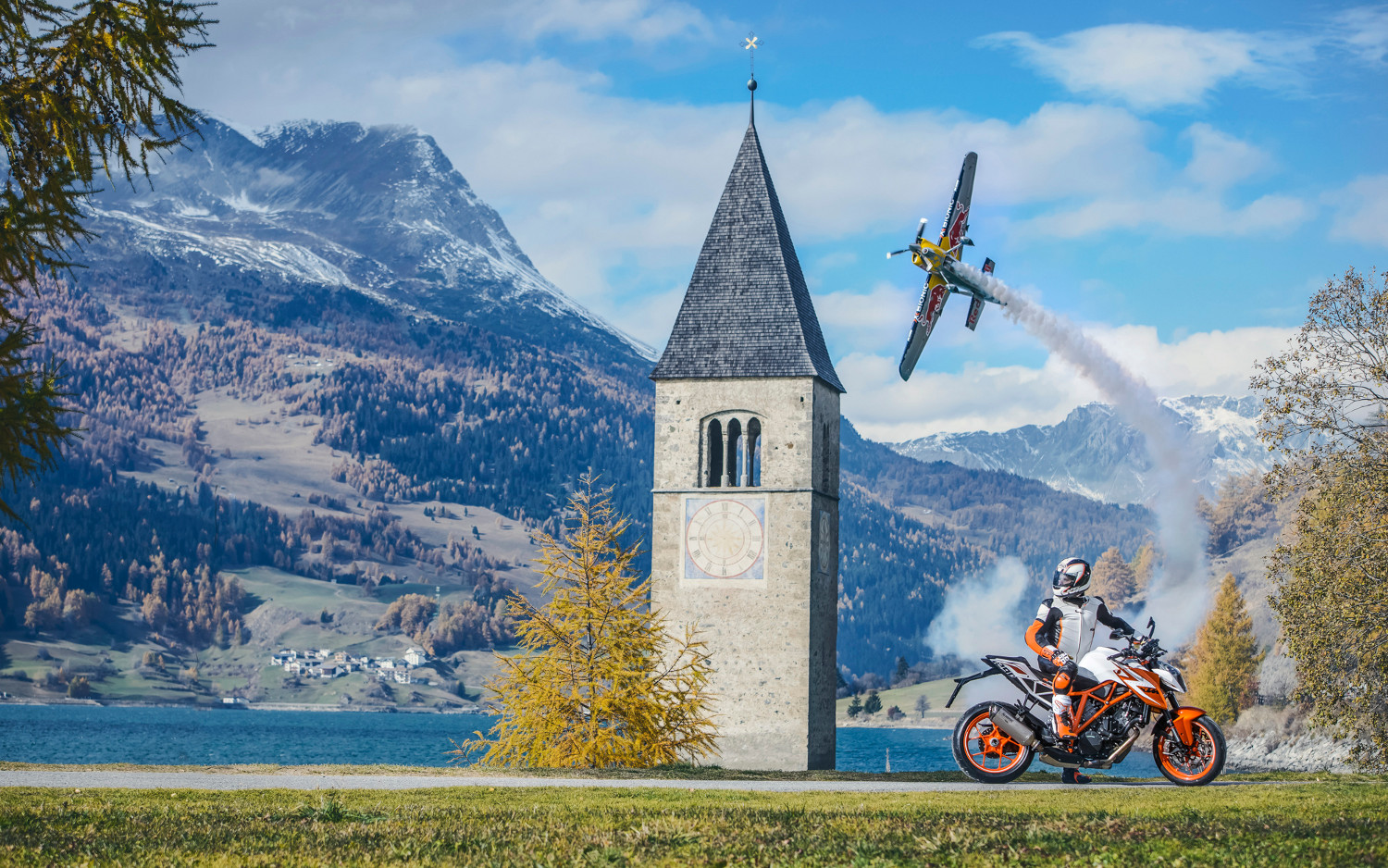 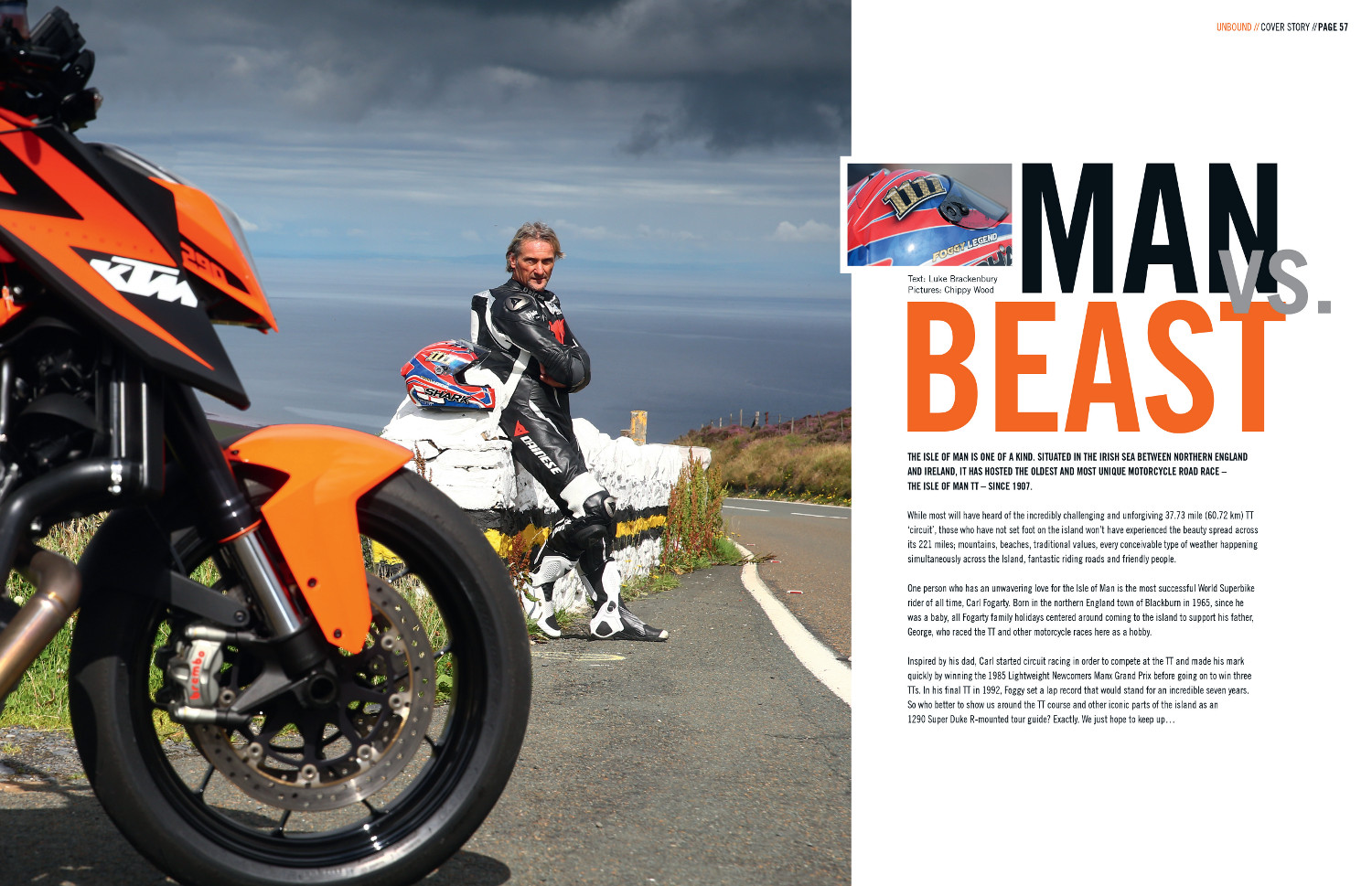 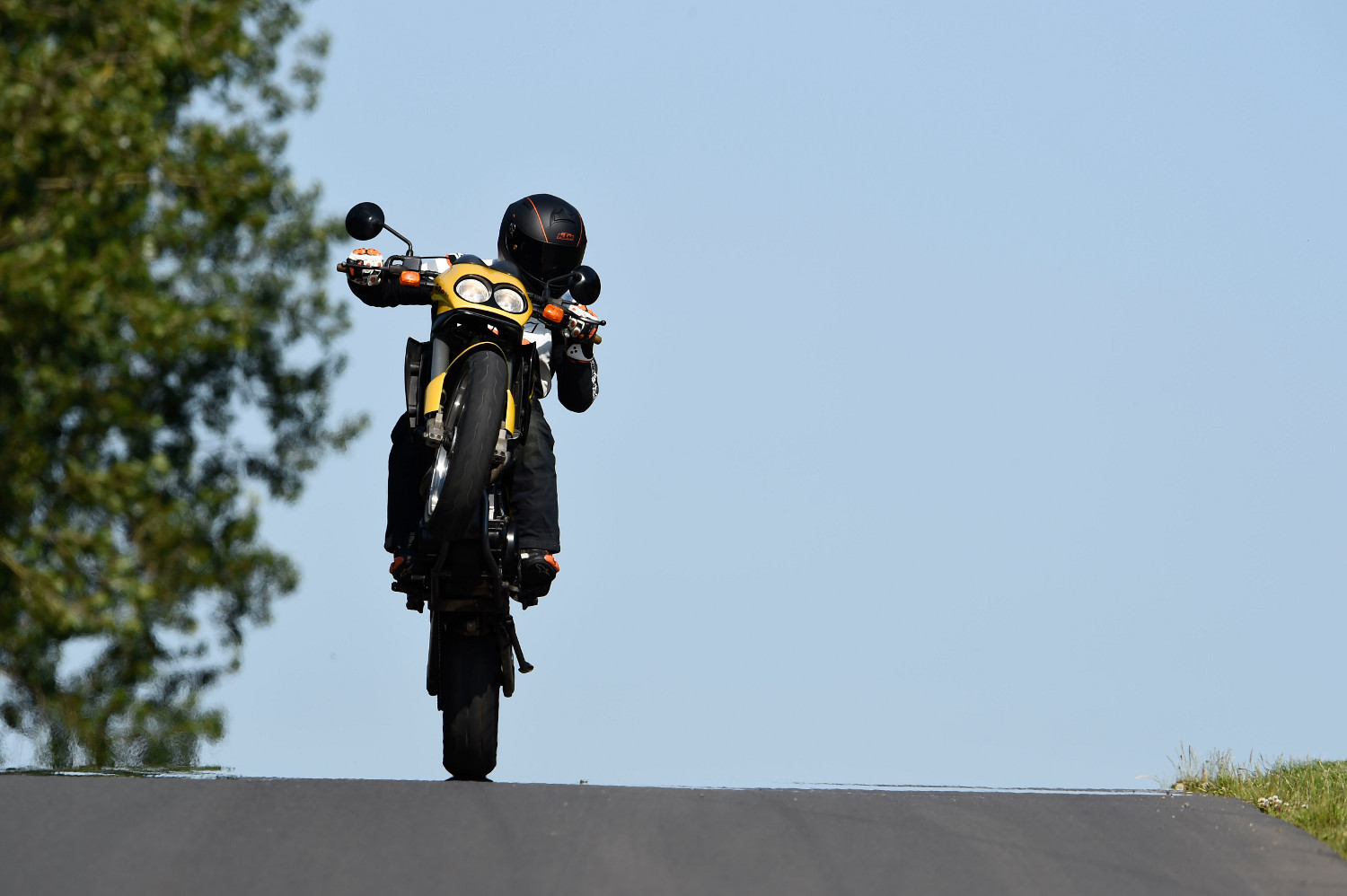