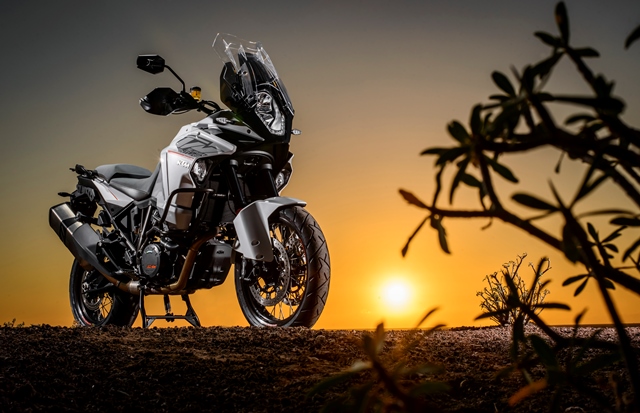 Why the KTM 1290 SUPER ADVENTURE lives up to its name

Finally, it´s happening. The 2015 models of the KTM ADVENTURE range are currently launched in Gran Canaria – headed by the newly developed 1055 and 1301cc models.

The 1290 SUPER ADVENTURE thereby opens a new chapter in the KTM history book – never before a more complete motorcycle “Made in Austria” has been available. But despite the exorbitant development effort, the last KTM innovation and top performer highly focuses on sheer “riding pleasure” like any other KTM. Never-ending power – controllable and enjoyable on the most comfortable Travel Enduro ever. Sounds nice and is working even better in practice. Super.