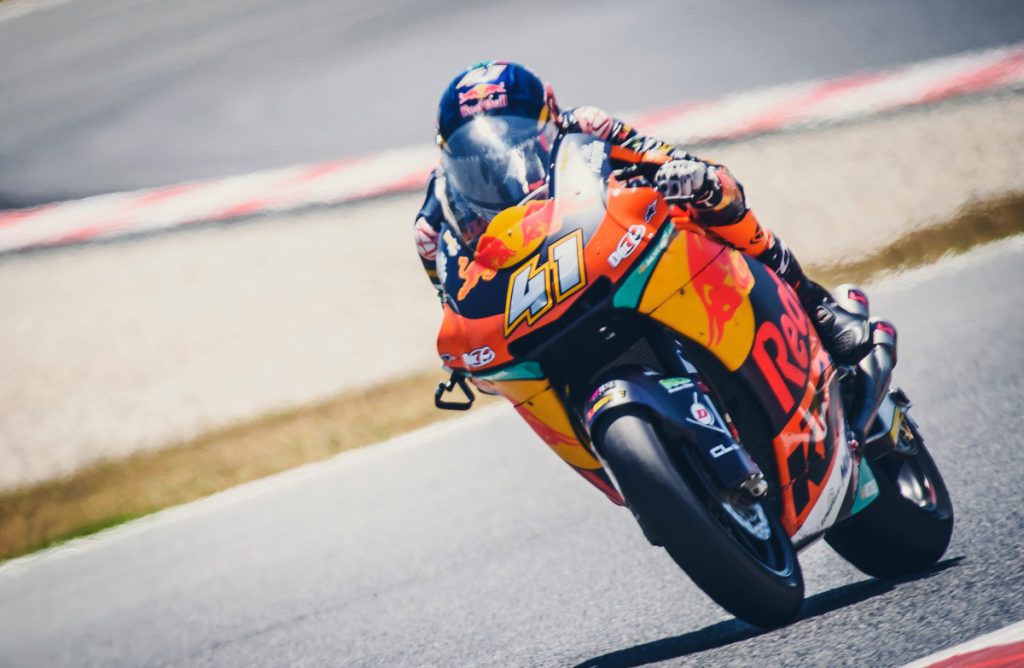 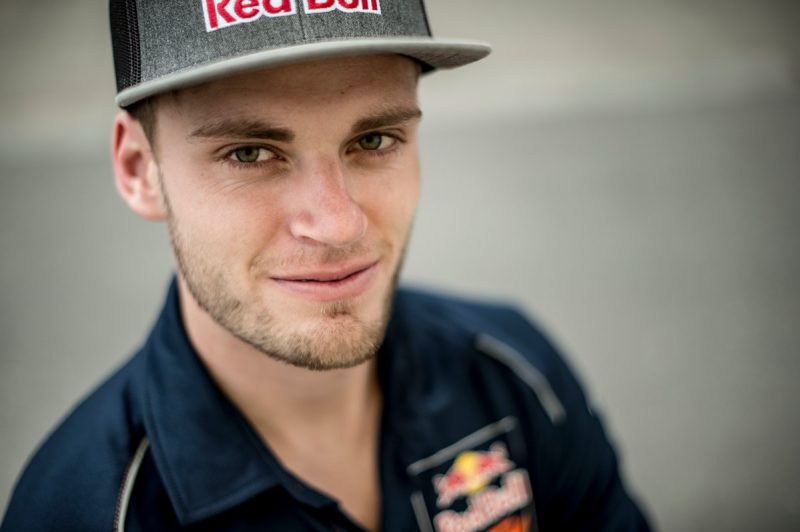 There must have been times this winter when Brad Binder would have looked longingly and fondly at his remarkable debut Grand Prix win in 2016 where he started from the back of the grid at Jerez, Spain and cut through an entire frantic Moto3 pack for a historic and milestone success. The 21 year old spent most of the off-season months bearing pain and trying to get his left forearm back to some semblance of normality after snapping it at Valencia in his first laps on a Moto2 machine. Just when he was in a position to start pushing the limit on KTM’s new project in the class he broke the limb again simply by steering the motorcycle in Argentina for round two of the series (where he still incredibly finished ninth!).

Binder has been frustrated watching Miguel Oliveira demonstrate the competitiveness of the KTM/WP package for the Ajo team in 2017 and it was not long ago that #41 was basking in 14 podium finishes and 7 wins on the KTM RC 250 GP on his way to a dominant Moto3 title. 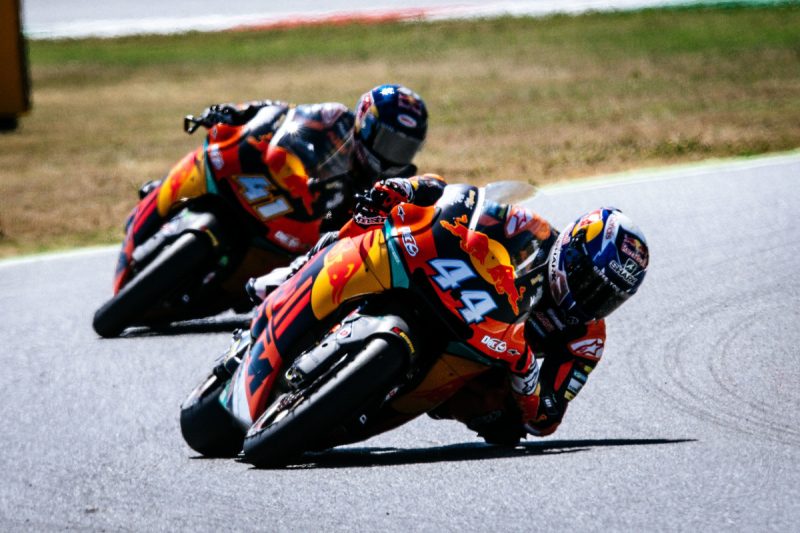 Racing and sport can swing from one extreme to the other. Binder barely had time to bask in the glory from 2016 before swapping champagne for painkillers in November when the hefty trek back to fitness and the track began. To get some insight for that arduous process we grabbed ten minutes with the Spain-based racer to ask about the road to return …

Trying to recover and get fit from this injury: has it been one of the biggest challenges in your career?
“It has been a big pain! I expected to come back and it all be fixed in January but then needed another operation because the bone hadn’t grown and then it broke again with the force of riding in Argentina. So I needed another operation, another plate and another six weeks of waiting. Unfortunately with the three different operations I lost a lot of muscle in my arm and it sucks! It made life so hard for me.”

You’ve broken bones before but this must have been a new experience for it to be so complicated …
“Actually I’ve been really lucky. I’ve broken a couple of ribs, my arm and my leg in the past but they have all been really clean and I never needed an operation before. Overall I think this has been a bit of a learning experience as well. I thought ‘I can just chill for six week, let the bone grow and then continue as normal’ but there is much more involved.”

Such as?
“The amount it takes to get back up to full strength and to get mobility back. It was a bit of a shock.” 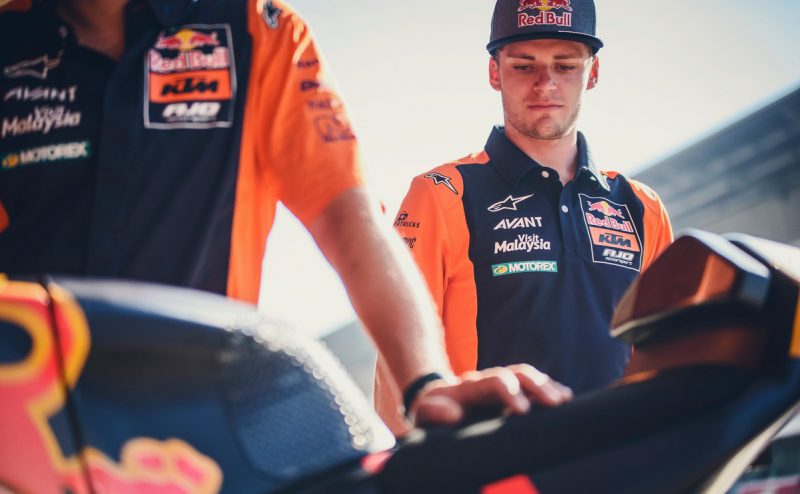 Like Tony Cairoli found with his 2016 injury in MXGP there can be nerve damage and other complications …
“I was one of those guys who thought ‘it’s been plated, that’s all, it will be sweet …’ but when you go into the process and go through it you realize it is not that simple. There are hours and hours of physio and if you can 1mm extra of movement a day then it’s a lot. There is also the mental side and I was really disappointed that it took so long. The positive thing is that now we are on our way up again. I’m just missing a bit of muscle but when that comes back I can start to ride the bike properly.”

Were there many ups and downs to deal with?
“I think I was lucky that it broke a second time. If it didn’t then I would still have a problem with my arm swelling up. Obviously something hadn’t been done right in that [first] operation and every time I used my arm it blew up to the size of a bowling ball. I got it fixed and it doesn’t swell at all now, no matter how much I use it. Now it is just about gaining strength.”

Do you think pro athletes know their bodies better than, say, the average person?
“I don’t know and I don’t care too much about those kinds of signals. I’m not someone who goes to physio or has massages. I like to train and I know how to train and I do things the way I like to do it. If I have a bit of pain in my shoulder or leg I don’t feel that it changes the results on a Sunday: when you put your head down [and race] then you forget about all of that stuff anyway. After this experience I think it has opened up my eyes a bit more to try these sorts of things. It is about learning. In Argentina I could have figured out that something was wrong earlier and could have taken a bit more care. When I saw the swelling I thought ‘that’s normal because it hasn’t been used for three months’ but then something was obviously wrong.” 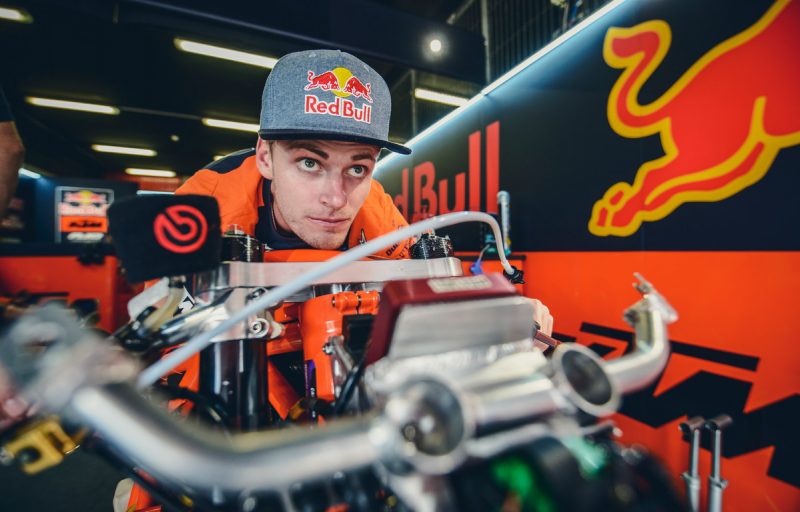 Aside from the pain and discomfort and the worry was the biggest disruption also the change to the routine?
“Yeah, the biggest problem was that I didn’t know what to do. My life revolves around training and everything I do is to be stronger on a Sunday and now my best days are on a Friday! I haven’t been able to do a push-up, a pull-up or a lift a weight for almost six months now. I can see how I lost a lot of muscle, and I’m a lot lighter than I would have been. It has been difficult.”

You don’t seem a super-patient guy …
“I’m not a patient person! I like to get things done! It depends because different situations and can trigger different reactions and at the moment I am chilled and obviously I need to give myself time to be back where I want to be … but I would love to skip a few steps at the same time!”

Will the cliché be true that a period of adversity will make the good laps, podiums or wins later on feel all the more richer?
“I’ve always felt that I’ve put in a lot of effort to get where I am, and now it is strange for me because I cannot train or do the things that I felt gave me that advantage. I think, whether it is this year or the next, I will get there. It has taken longer than expected but I will arrive and be there to stay.” 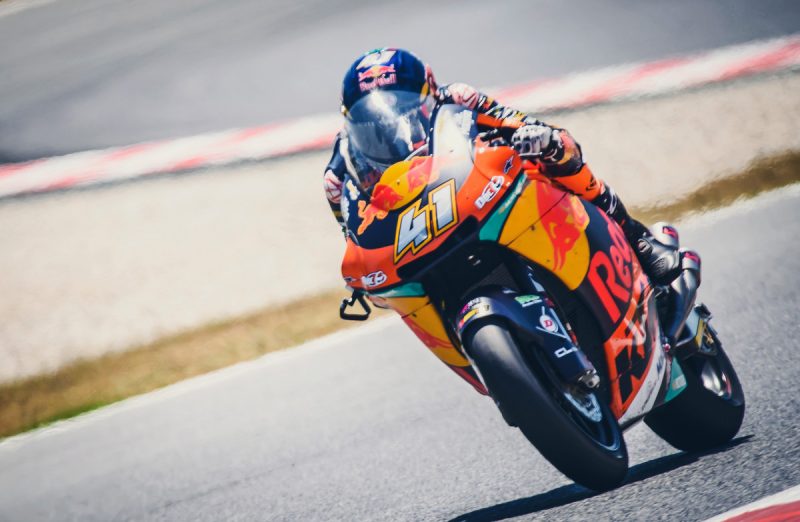 54 Responses to With both hands: Brad Binder talks injury recovery