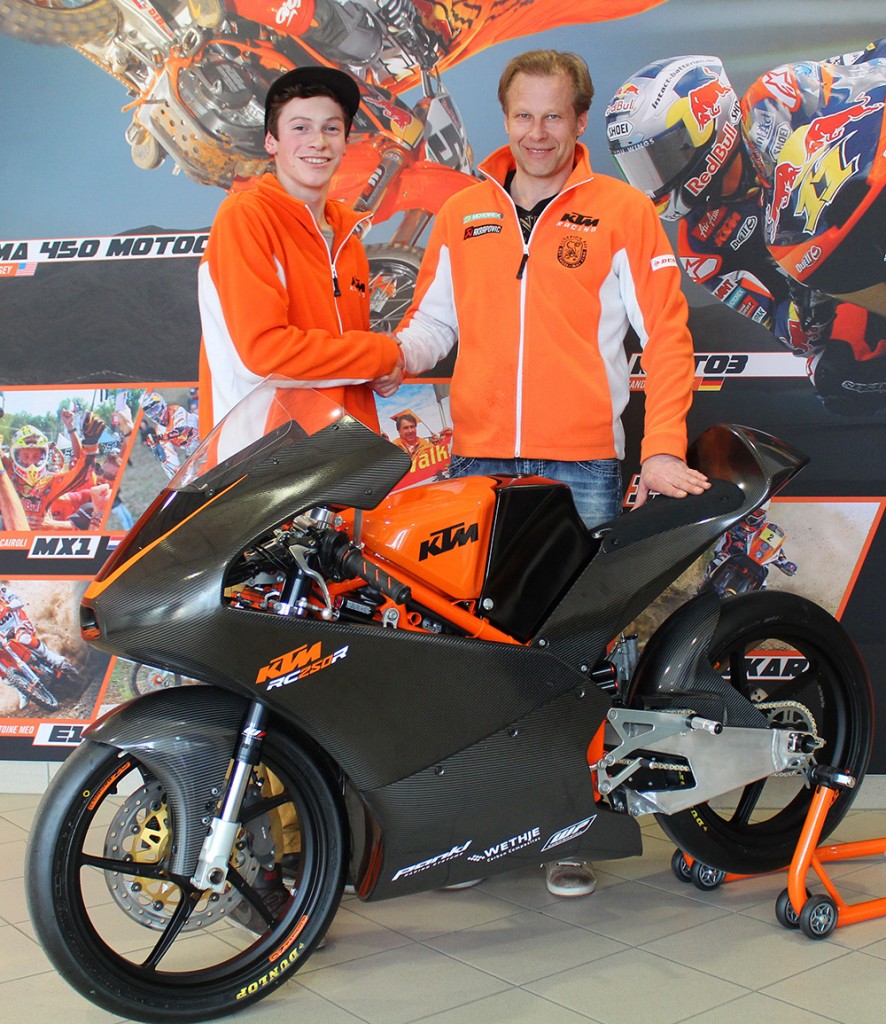 Young, Orange and ready to race

Thomas Gradinger, an apprentice in his second year as a ‘motorvehicle technician’ at KTM in Mattighofen, will contest the International German Championship (IDM) in the Moto3 class on a KTM RC250R. The 16-year-old, who picked up the bike in the KTM Racing Department from Senior Manager Wolfgang Felber, started racing Supermoto in 2007 and entered the German ADAC Junior Cup in 2009. In 2011 the Austrian finished runner-up in the 125cc two-stroke production bike championship. 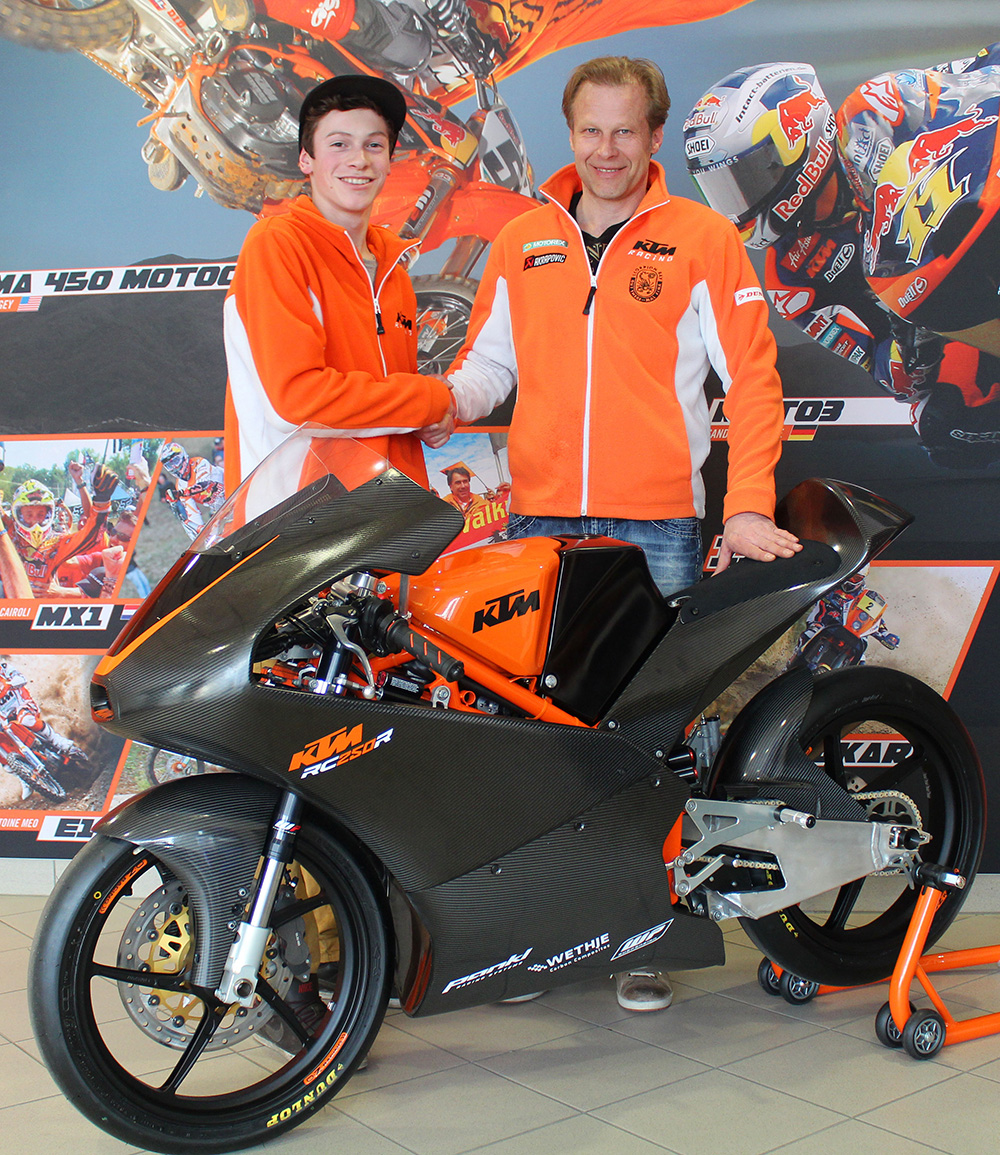 “First, I must get some test mileage on the Moto3 KTM but I would guess that the bike is fantastic and I’ve got the right tools,” he said. “It won a world championship and was up front all the time, it can only go well. My aim is to get in the top five of the IDM and in the races maybe run around the top seven. A podium place would of course be amazing if I can manage that. Without the support of my parents taking this bike would have been impossible and I’m lucky to also have an employee discount from KTM. I feel very happy and now I’m looking forward to the season.”