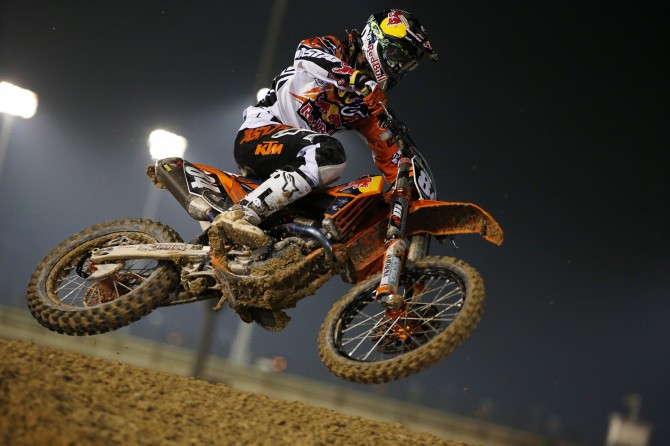 A few months ago on the Blog we asked Red Bull KTM Technical Co-ordinator Dirk Gruebel to explain some of the differences between Tony Cairoli’s MX1 Championship winning bike and the standard 350SX-F. With Jeffrey Herlings claiming fourteen from fifteen GPs in MX2 this season on the factory 250SX-F we cornered the German again to ask us if there was anything particularly special about the Dutch teenager’s ‘84’ machine…

We don’t start by splitting a production bike. We begin the build from scratch with a raw frame. We take the chassis and put on the tabs for the skid plate and when it is set it is sent it off to be powder-coated – for that distinctive orange look – and then we start building the bike from components. There is quite a bit here that is different from the bike you can find in the dealer. The stock parts on Jeffrey’s bike are the frame (but even this is a little bit modified), the swing arm, chain guard and shift levers. Engine cases are stock, all the covers apart from the clutch also and the cylinder too. The tank is stock so the capacity is the same and we use the same one for the sand also.

The sub-frame is titanium, so it is lighter but runs at a standard height. It is the same as the aluminium one in terms of dimensions and positions, and even how it is made, but the difference is simply the material for weight and stability for Grand Prix.

Like the other three riders in the factory team Jeffrey has his footpegs 5mm lower for more room. Five millimetres can make quite a bit of difference for the races and the constant standing up and sitting down. Same wheels, same triple clamps except that MX2 is using 20 off-set while MX1 is 22. I would say the major differences between the riders come with the handlebars and the seats – that are lighter and firmer – for personal preferences.

There are not many differences to Jordi’s [Tixier, MX2 team-mate] bike. In the beginning they were running alternative clutches for the weight and the spinning inertia but now we are back to using the same. Jeffrey’s suspension is a bit harder but he is a bigger and heavier person. He is famous for his sand riding and together with WP there is a setting for that terrain but it is not that drastic, mainly just a few clicks.

Herlings prefers mid-to-top in terms of engine power but he is not stretching it to the limit and isn’t on the rev limiter that much like some other riders. Generally he is not that hard on the material. 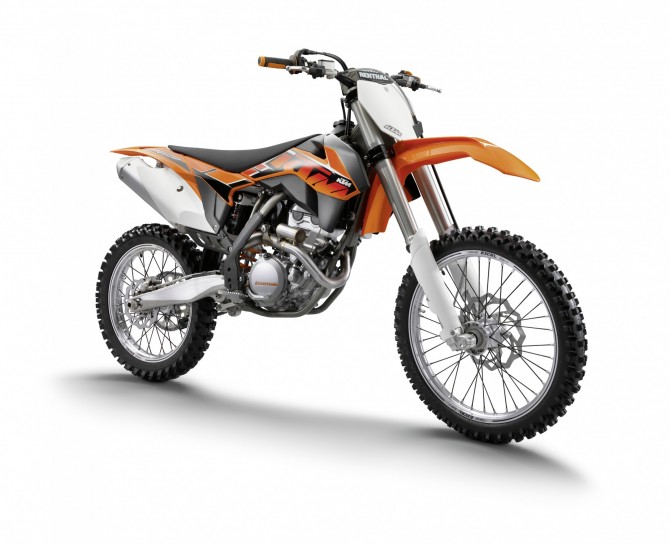 The geometry is stock, the swing arm length also. Jeffrey doesn’t change too much. He likes to keep things simple which means we don’t test lots and lots of combinations. He knows how the bike should feel for him and once we get there we rarely change anything. If we have trouble then yes, we’ll go out, but if he feels fine then we don’t touch anything.

Normally for a new bike we test for two or three days for the basic stuff and then we give him the bike to get more time on it and to get used to it. When he is up to speed – sometime in January normally – then we begin to reconfirm the steps and if he wants to change anything to his liking. Sometimes that happens, a rider will be happy but when he is nearing race speed then he might want to alter a couple of elements.