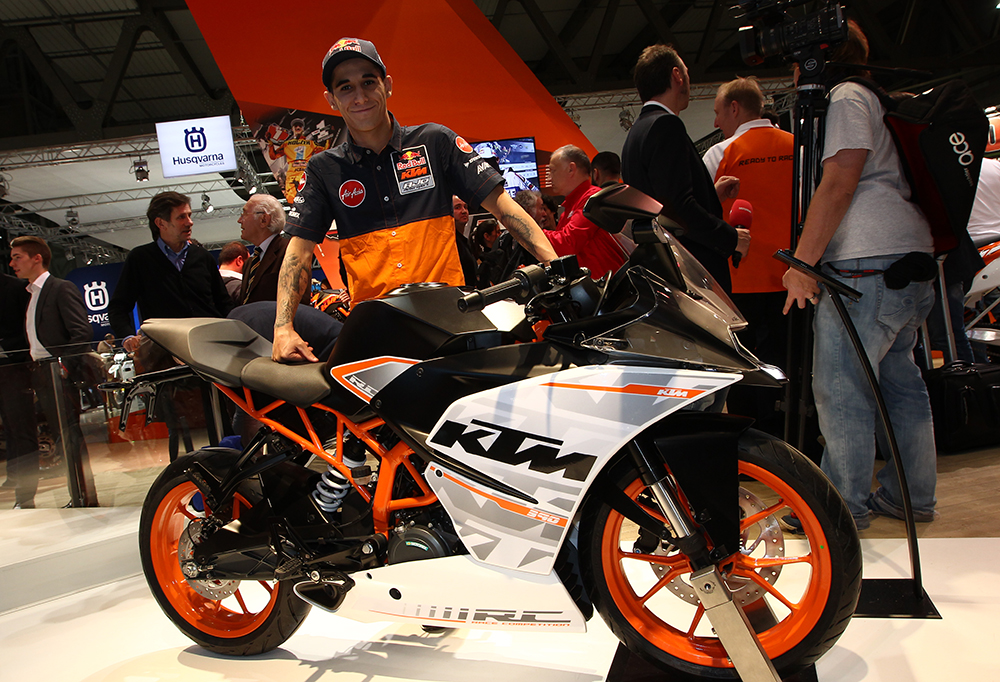 Luis Salom attended the EICMA show at Milan to whip the covers off KTM’s new RC sports bikes. We talked to the Red Bull KTM rider and Moto3 series leader about the bike and the upcoming final battle in Valencia this weekend 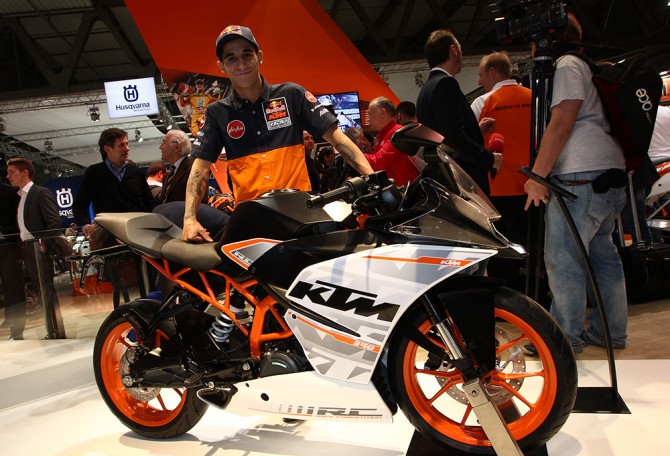 Luis, big weekend coming up with the Moto3 title decider. What are your feelings now and how will you approach this very important race?
Yeah, like always, we will try to give our best and see what will happen in the end. Of course Japan was very tough for me and also for the team who are still working so hard. They are really keen to give me the best bike possible for this final race, which is so important. I am also looking forward to it [Valencia]; for sure I will do the best I can. This season was very nice. The level Maverick (Vinales), Rins and I made was very high, so for all the people watching it was very interesting…which is positive.

During the season you were able to construct a small lead at the top of the championship. After the crashes in Japan it was wiped away. How do you felt about this?
Nothing. After the first crash I picked up my bike and tried to continue. I knew it would be very difficult because the handlebar was bent and really close to the tank, the clutch was also useless. Anyway I made the fastest lap of the race! I was trying my best; and I never give up. Then I crashed again. Yes, of course I know it will be even more difficult now to win this championship but I will try to make the most of the opportunity, of course.

Back to EICMA…KTM has released the new RC125, 200 and 390. What is your opinion about these models that are quite close to your Moto3 racer? Do you think young people will get excited by them?
This new RC-line-up is very impressive and I like it a lot. Just look at the tubular frame, the colours… the bikes are really nicely made, up to every detail. For young riders it is perfect, I think. For going to school and everything…this will be the dream bike. Very impressive!

Which one would you choose?
The ‘39-Zero’, as I call it [a jokey allusion to his starting number of ‘39’), but I would also take the 1290 Super Duke. That bike is also fantastic. KTM did such a great job, unbelievable.