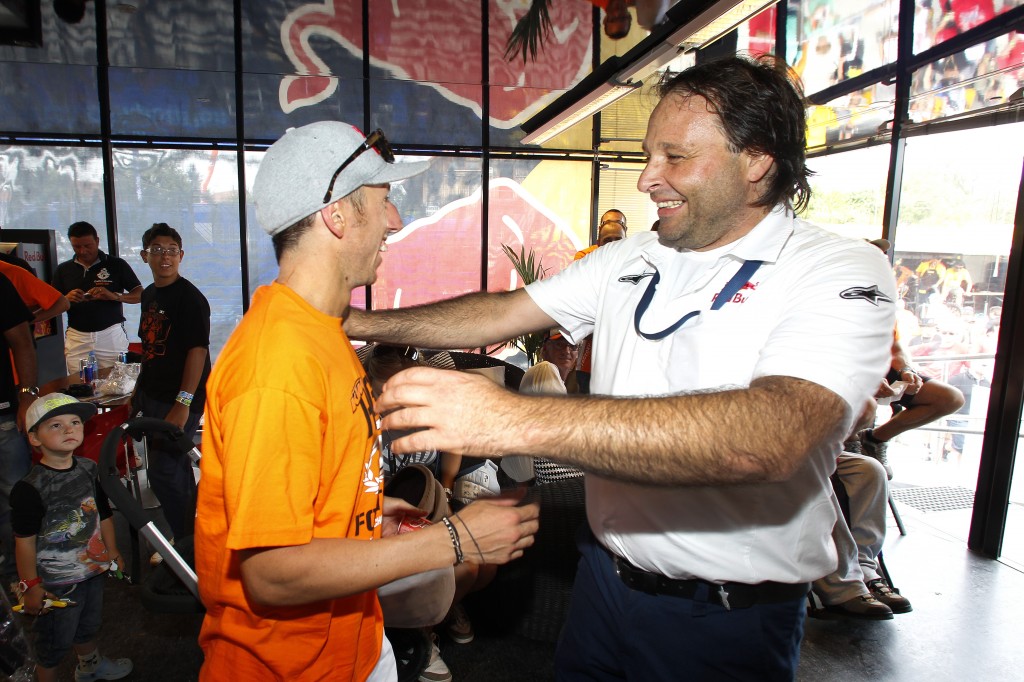 In a section of each European Motocross Grand Prix paddock the distinctive blue hue of the Red Bull Hospitality is the clearest sign that the conquering KTM factory team is close by.

The unit has been a part of the FIM Motocross World Championship scene for over half a decade and not only feeds and provides much needed caffeine to a gaggle of the sport’s personnel and guests but has also been home to consecutive championship winning parties for the prolific Austrians. It is run by Gunther Stecher, who also overseas similar operations in MotoGP and WRC. We spent ten minutes with the Italian-based German to find out what it takes to put the whole operation on the road … 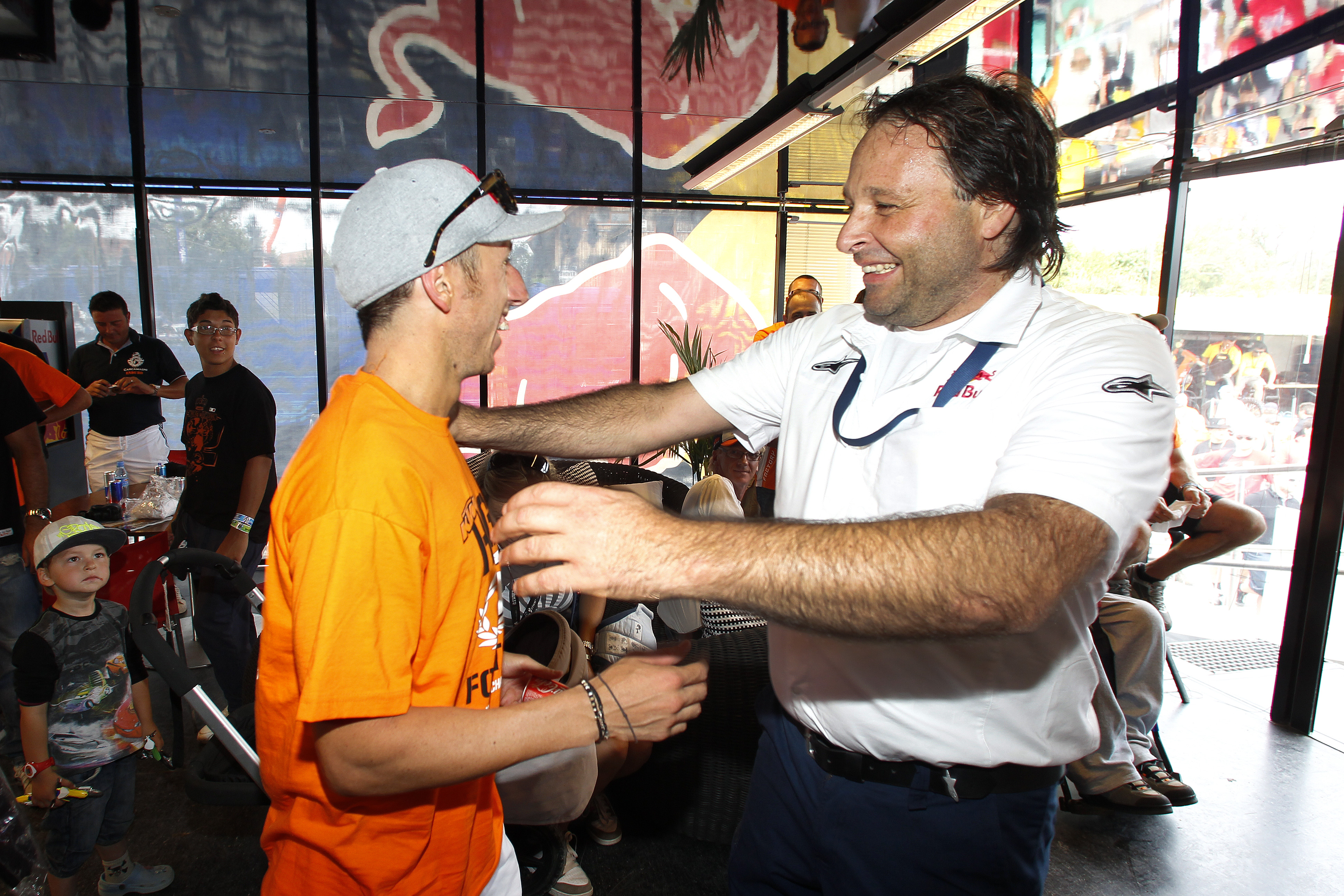 Can you speak a little about the role of the set-up here and your job?
“We do the catering for Red Bull Motorsports, which means MotoGP and Motocross and they are partners with KTM so we service the race teams and their guests and of course the Red Bull guests. I’ve been doing this for five years now and I have to admit, in the beginning, we were pretty nervous because it was such a big group. It was really exciting and since then Red Bull have really accepted us as part of the family and it is very enjoyable to come to the races. We get the calendar at the beginning of the season and begin our planning. We knew that we had twelve Motocross races in Europe in 2012 and we made our budget for the places we have to go. We know that for Motocross it is more or less the same amount of people each round. We do the catering for the Ajo team in MotoGP and several WRC events. We are always travelling.”

So you started around five years ago?
“Our first season was 2008 and we were one of the first hospitality units in the paddock to set a good level. The first seasons were great because Red Bull were one of the title sponsors. We are sure we will be here next year and hopefully for the coming seasons. It would be a big shame if Red Bull was not involved in this sport. They have one of the best teams and hospitalities!”

It must cost a lot of money to run a facility like this every year. What is the primary focus?
“KTM and Red Bull want to give an environment where their guests can come in, relax and have a bit of privacy. We provide nice food and hopefully something like a VIP experience in terms of the comfort and the service. Even though everyone has been looking for cut backs to go racing, Red Bull know how important this is as part of the experience they want to give. So there have not been any major budget worries.”

What are the differences in the set-up between the sports?
“There is a difference between Motocross and MotoGP and then Rally but the standard of the kitchen is the same. The main variation is the size. At WRC the hospitality is double-tiered. We need space for 300 people whereas the rig for Motocross accommodates 50. For Motocross we use two trucks for hospitality, for MotoGP two for the hospitality and then another two for the kitchen and crew. For Rally it is seven trucks for the hospitality and two for the catering; nine in total! In Motocross I have two cooks, three girls for the servicing and three staff for the set-up and myself; so nine. For MotoGP there are around twelve staff and then twenty plus for rally. Everything drives back to Italy if we do not have back-to-back events and there we re-stock.”

And the food?
“We buy the products such as the pasta, meats and other materials in Italy and then the fruits and vegetables we buy them fresh in the country where we are. 80% of the kitchen comes from Italy.”

A tricky question…but which sport do you prefer?
“All three sports have something appealing for me. Motocross is the smallest but it has more of a family feel with the same faces always around. We are close to the teams in all of the sports and that is a special part. There are not so many guests in Motocross but they seem to be the same! And that helps for a nice atmosphere. WRC is a bit different because we can have 400-500 people a day and you cannot establish many relationships.”

Can you explain why the hospitality always seems to have attractive girls at work?
“Haha! We have a good family atmosphere here and that means it is a working environment they like. All the girls always come back and this is a positive thing because it means they enjoy the work and like the team.” 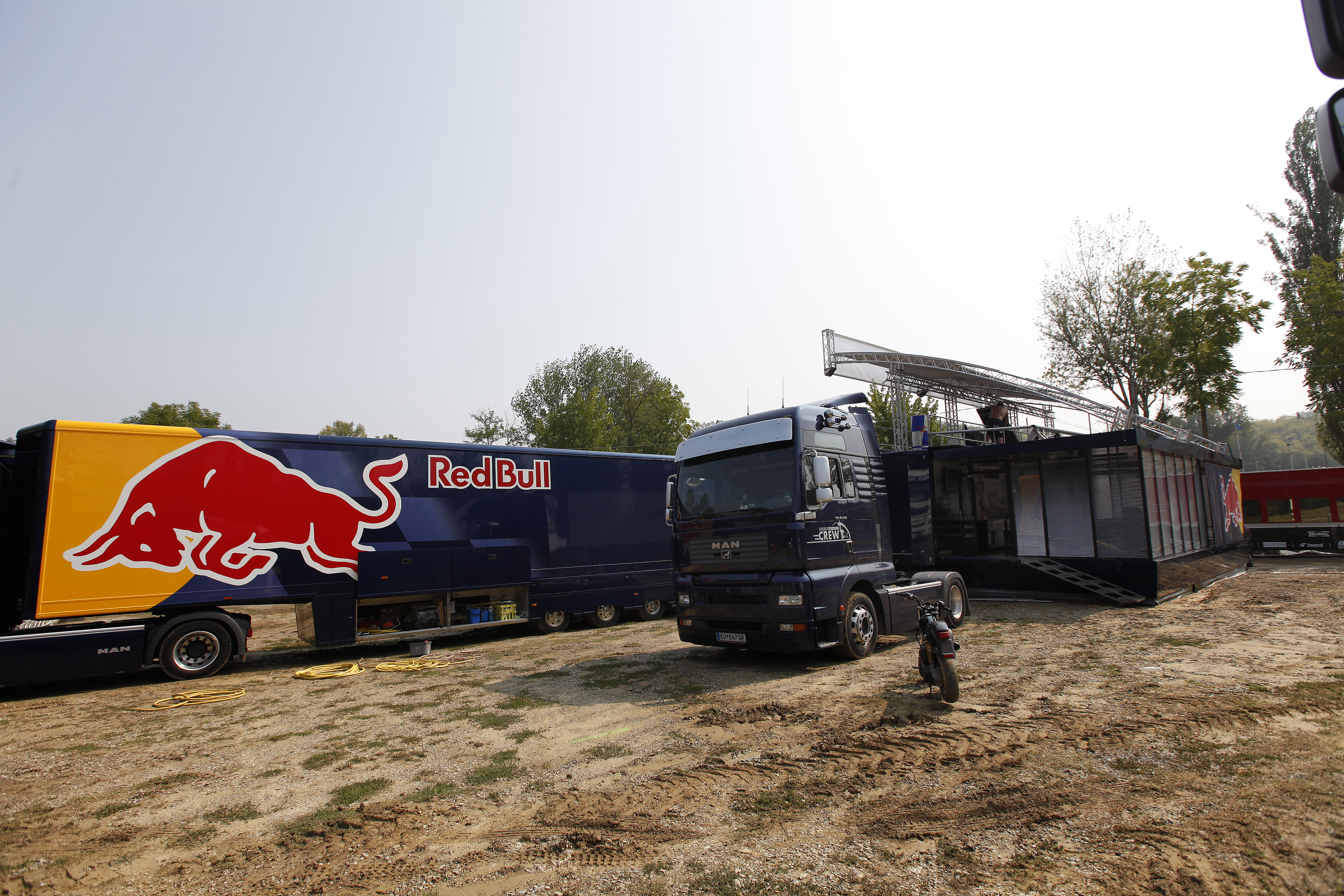 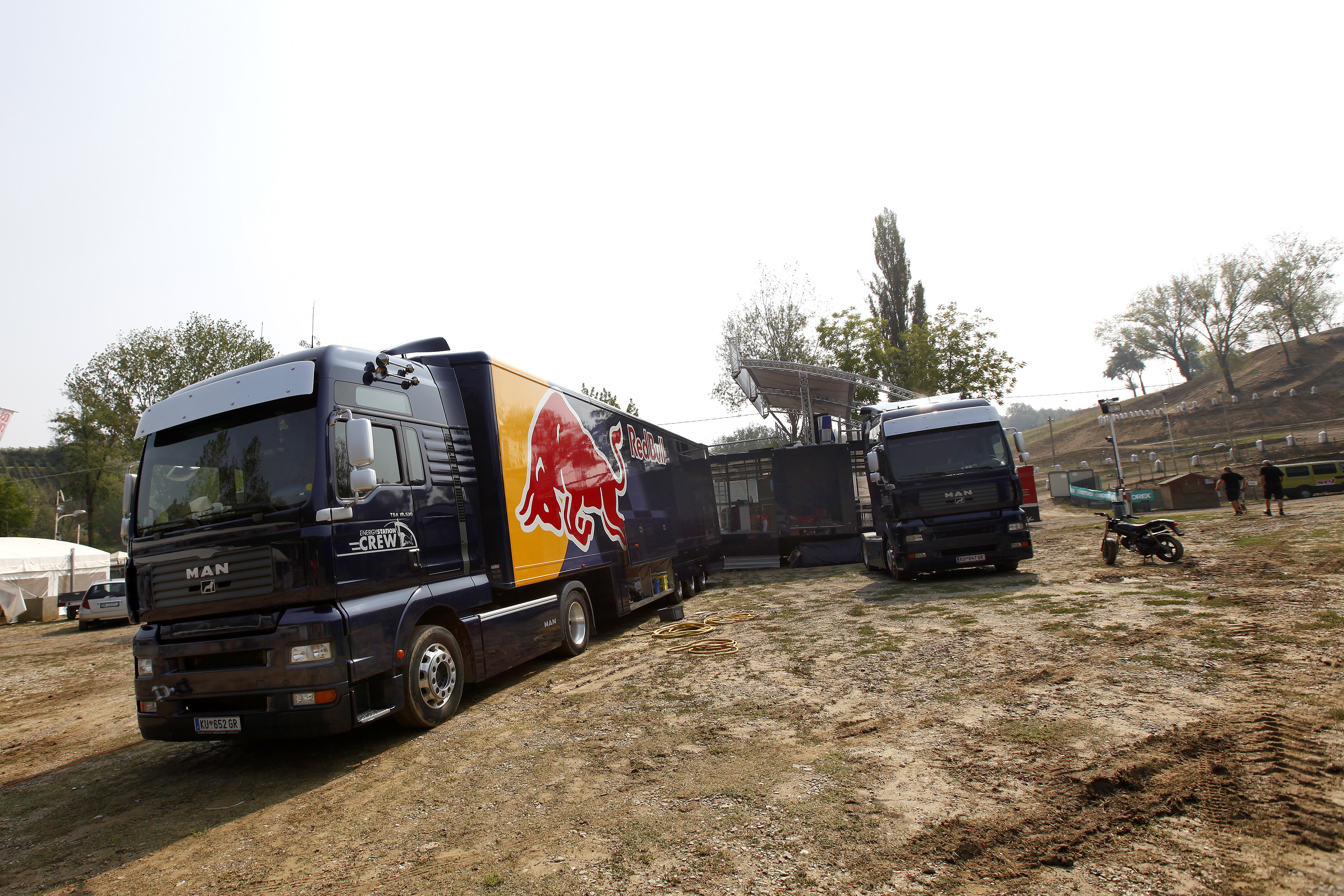 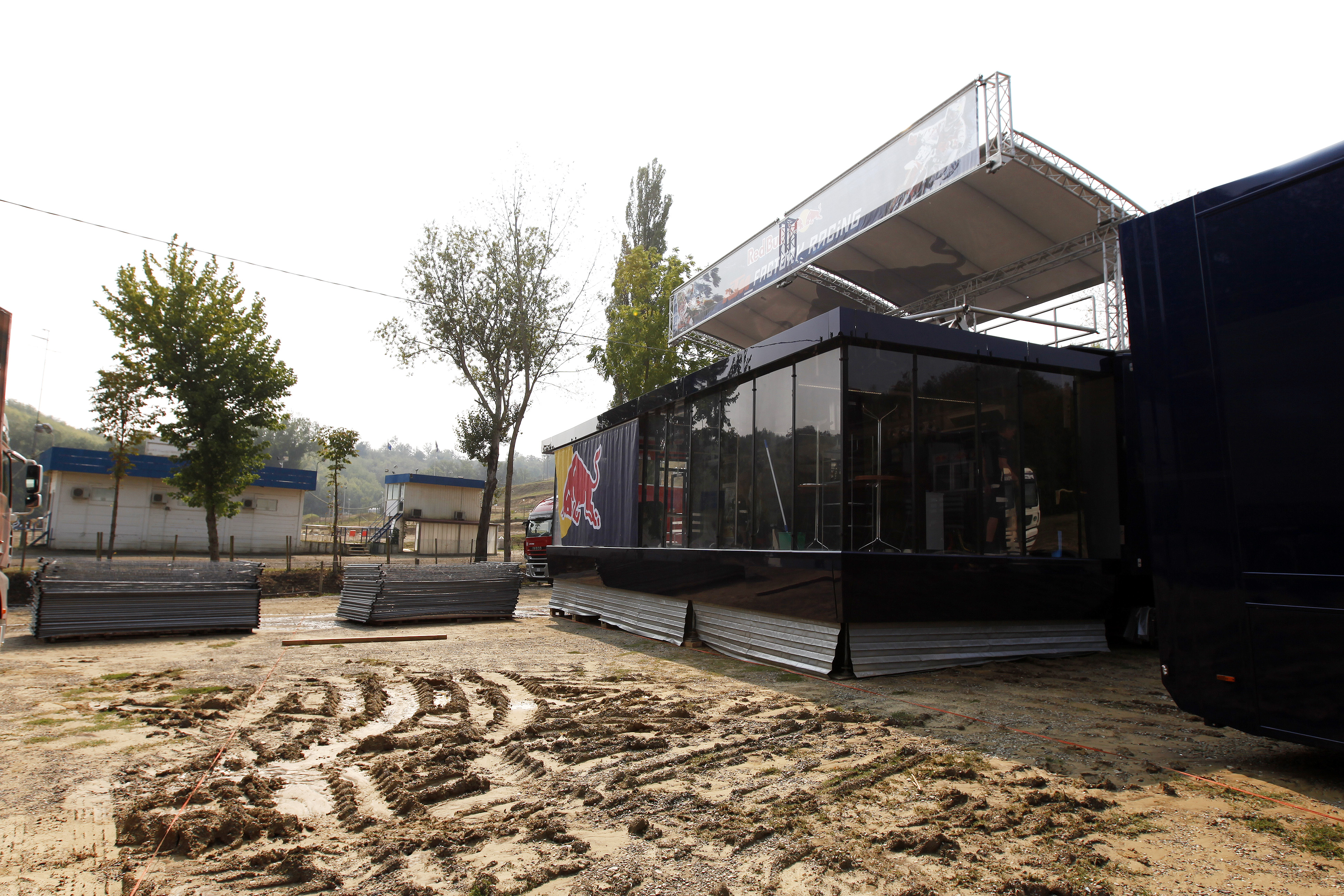 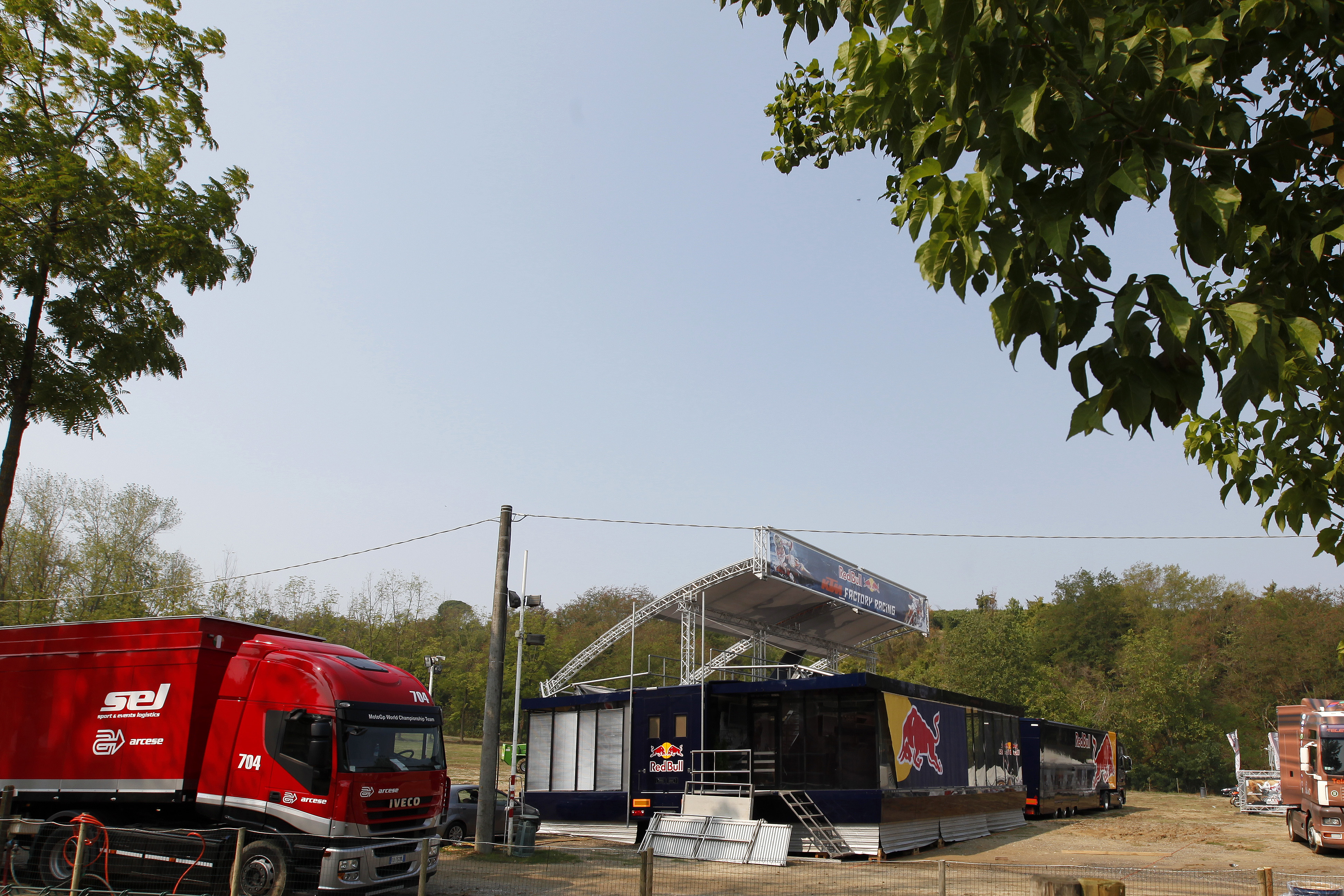 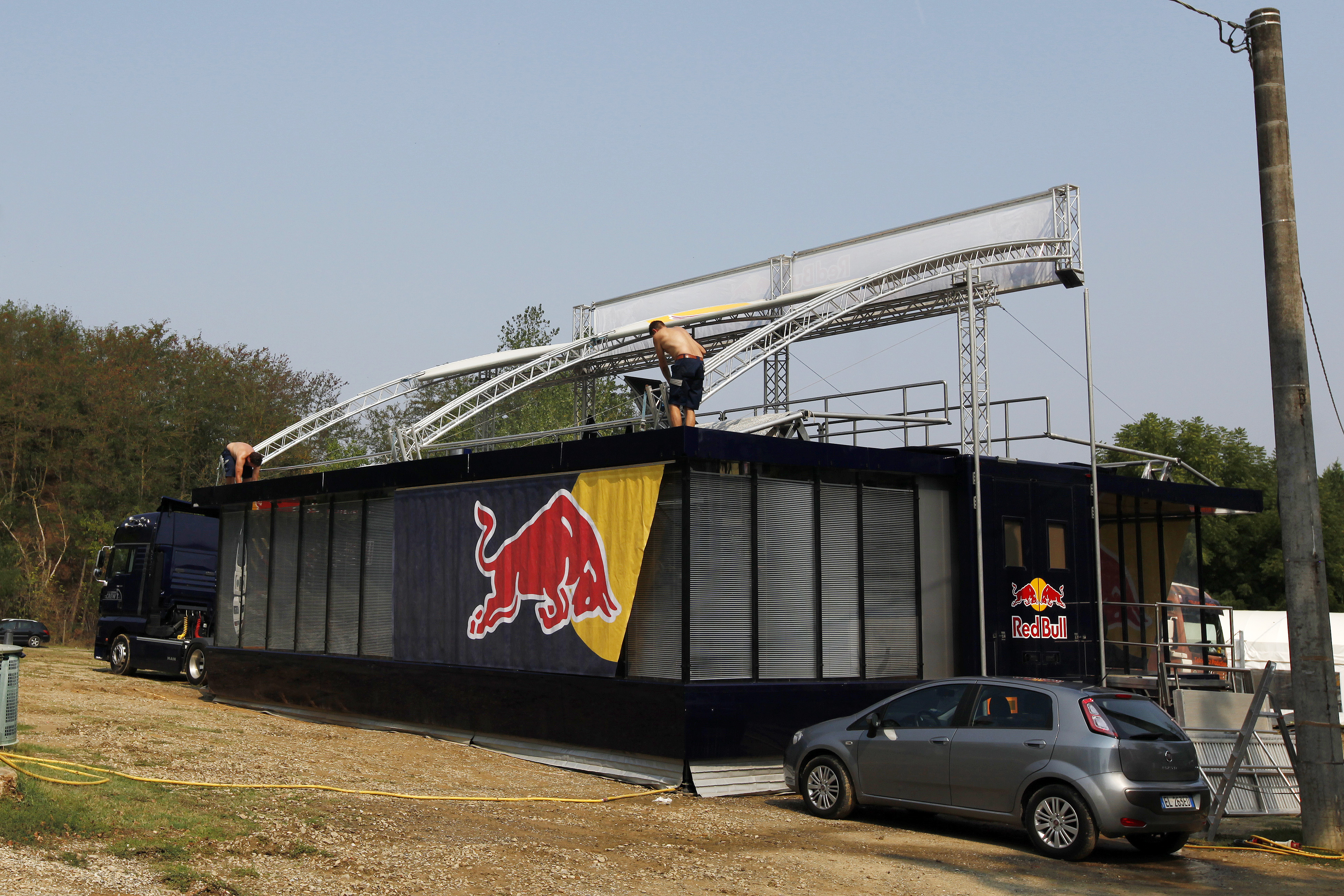 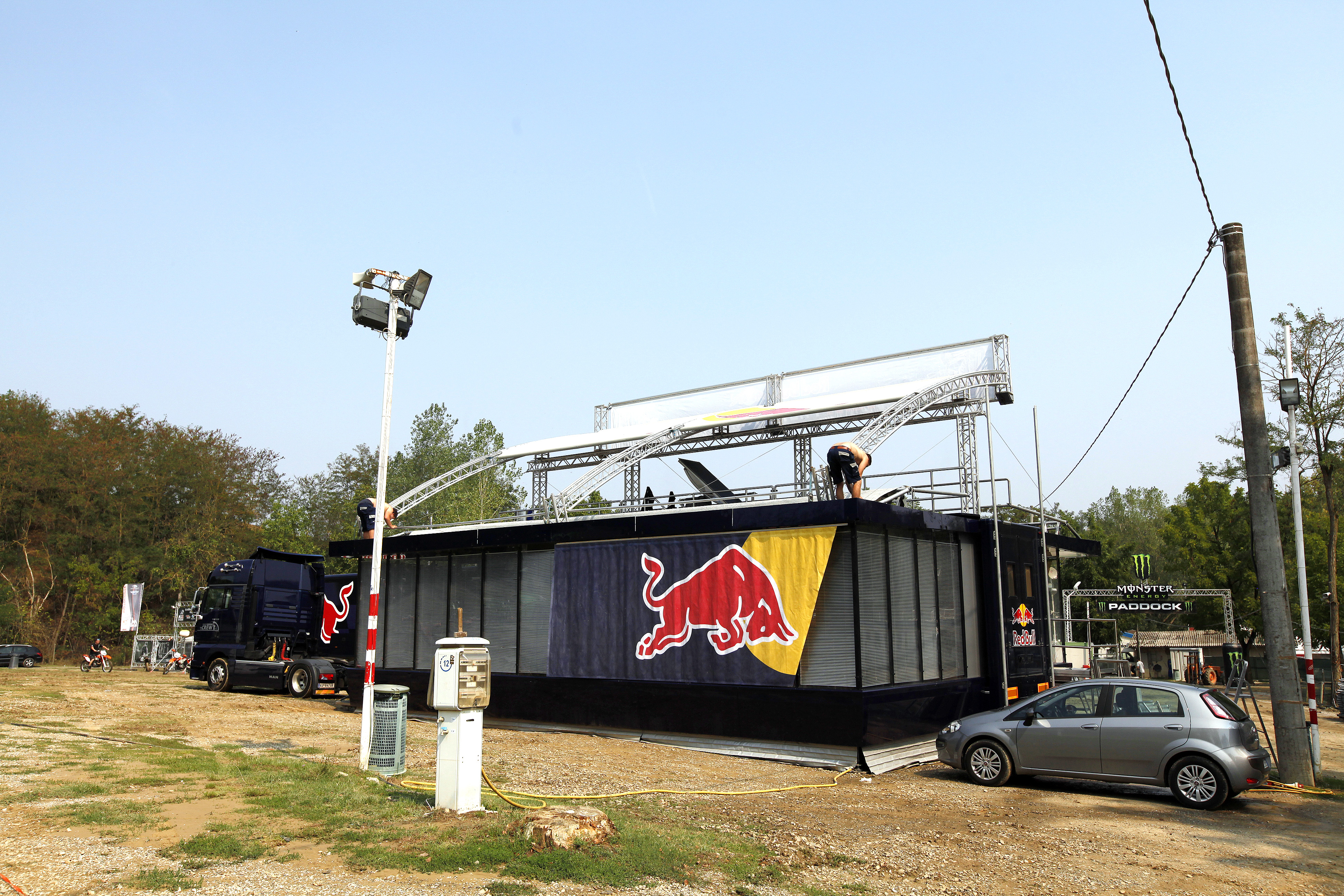 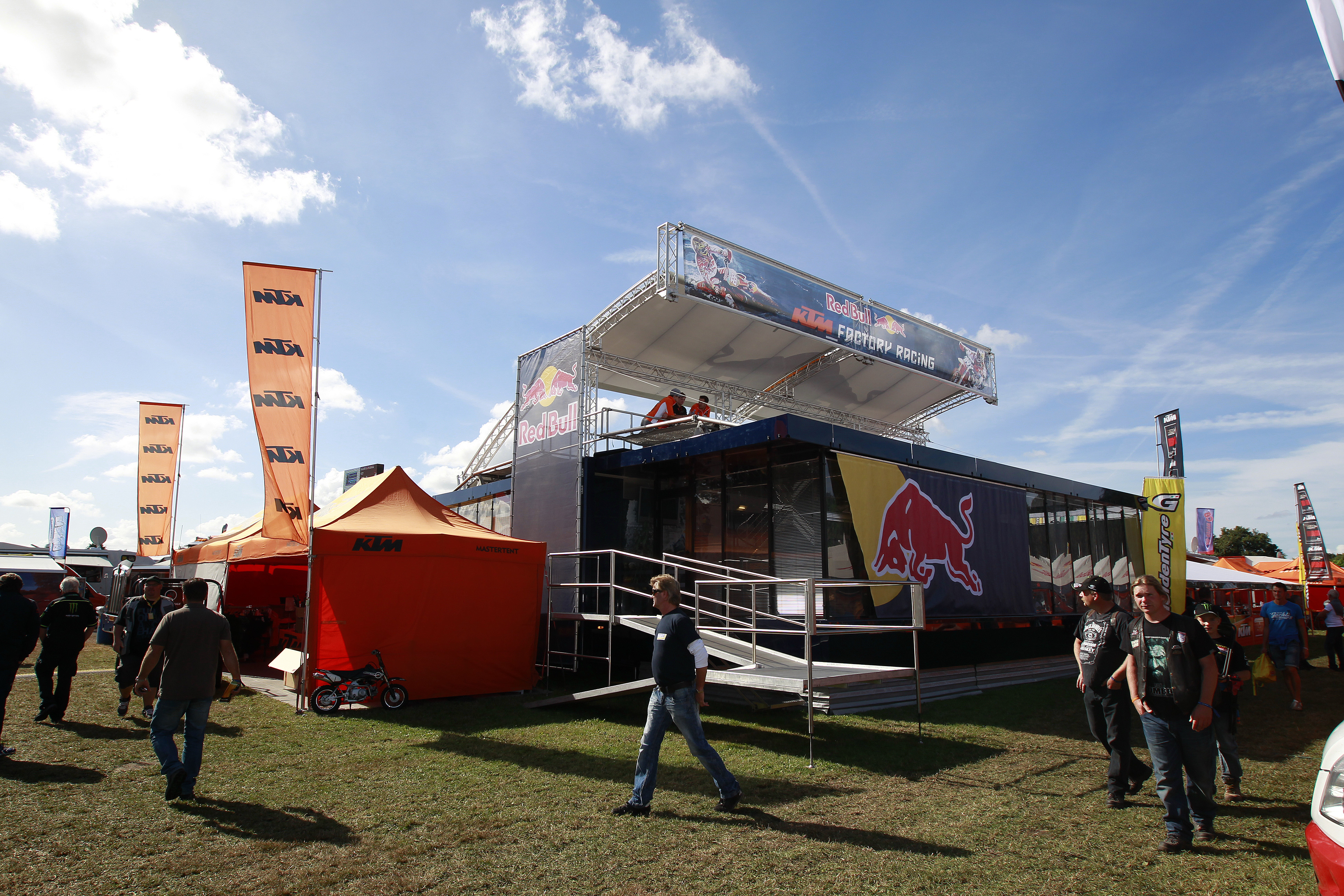 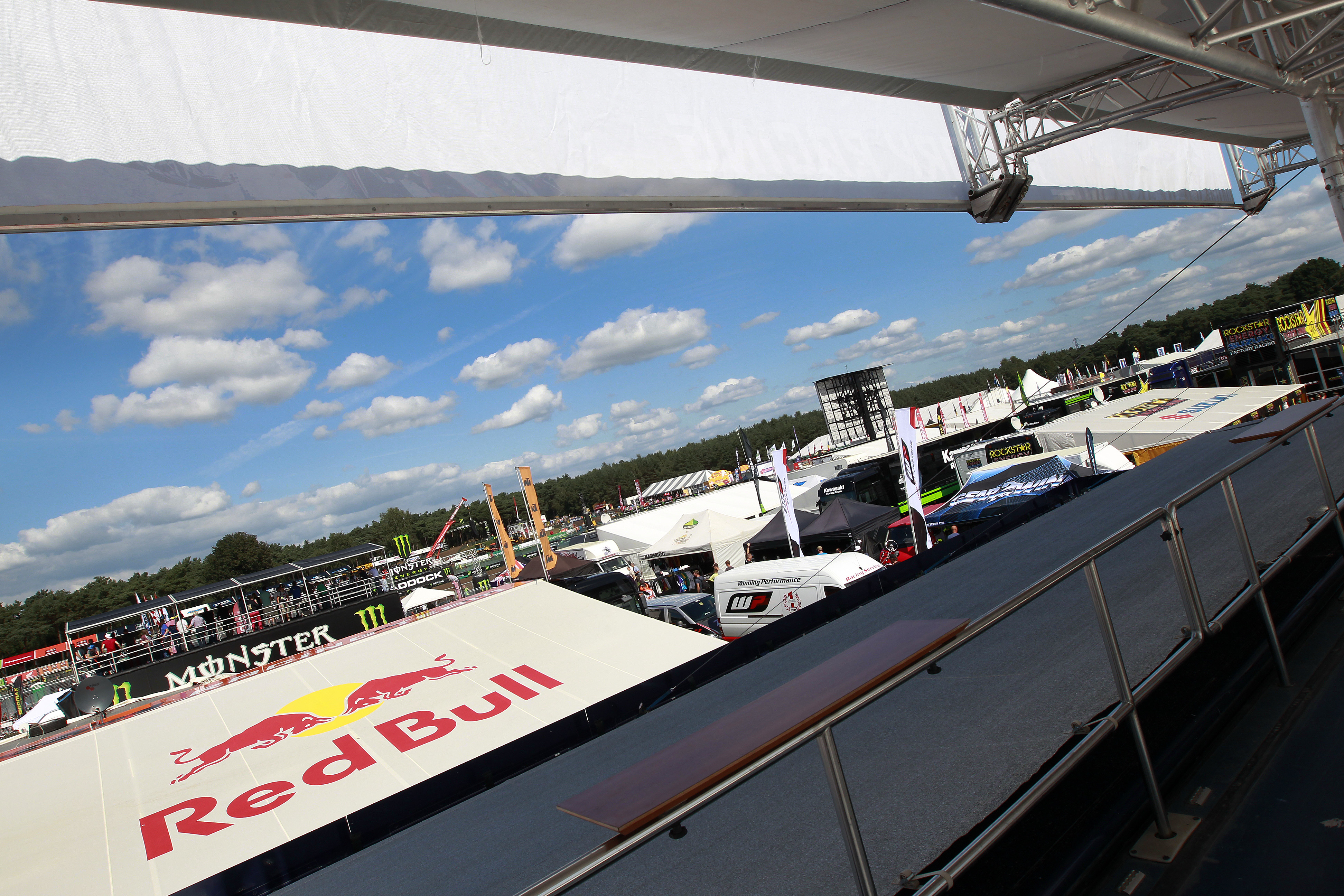