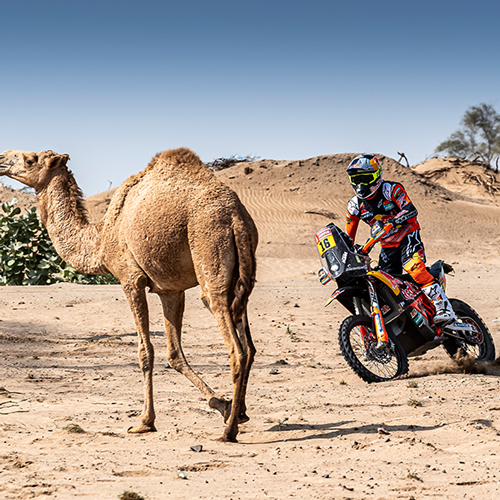 DAKAR 2020: A CAPTIVATING RACE OVER SOME OF THE MOST INCREDIBLE TERRAIN

As the dust settles on the 2020 Dakar Rally, which marked a new chapter for the event at a new location in Saudi Arabia, we at the KTM Blog have been taking a look through the breath-taking images from this year’s race. 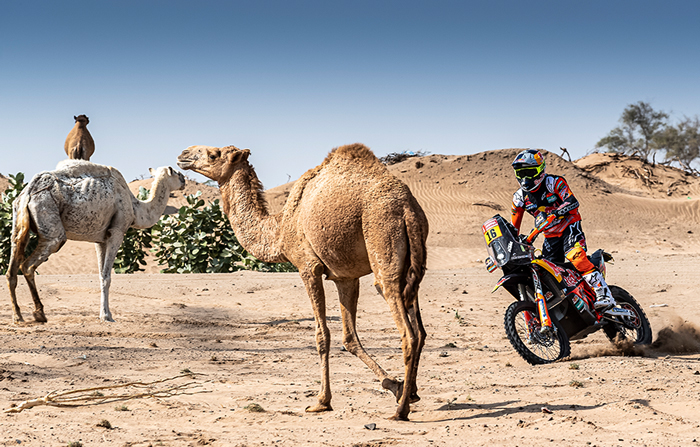 The Dakar Rally is known as one of the most notoriously difficult races on the planet; covering a total distance of over 8,000km with around 5,000 of those being timed specials, the 12-stage event is incredibly tough yet iconic, as riders from all over the world take on the challenge to journey and compete over some of the world’s most incredible terrain.

Whilst we reflect on the race that has captivated the world in the opening part of the year, we welcome you to look through some of the best images of the Red Bull KTM Factory Racing team in action during Dakar 2020. 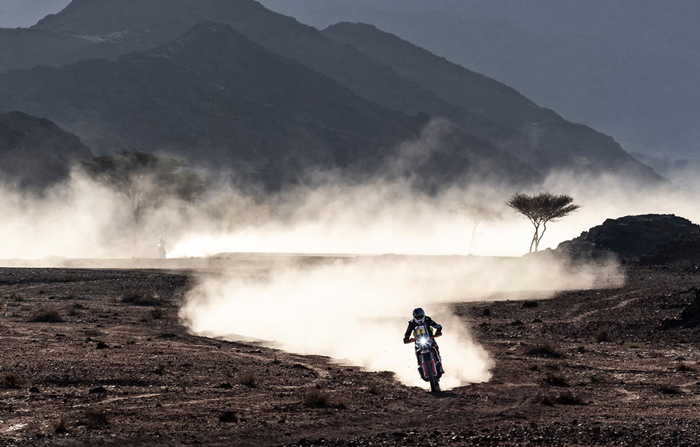 Matthias Walkner creates a wall of dust as he battles stage two of the 2020 Dakar Rally. 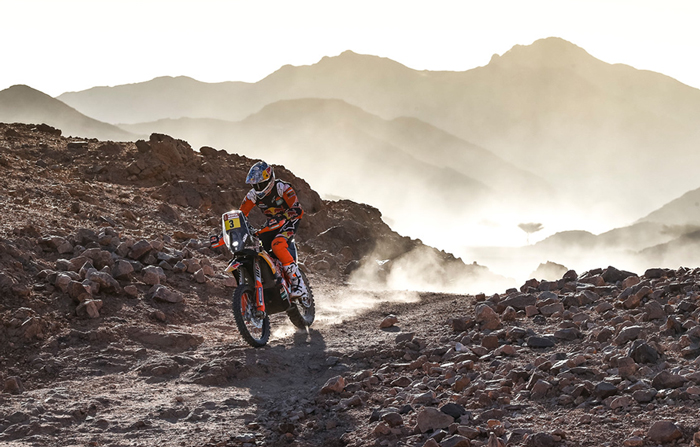 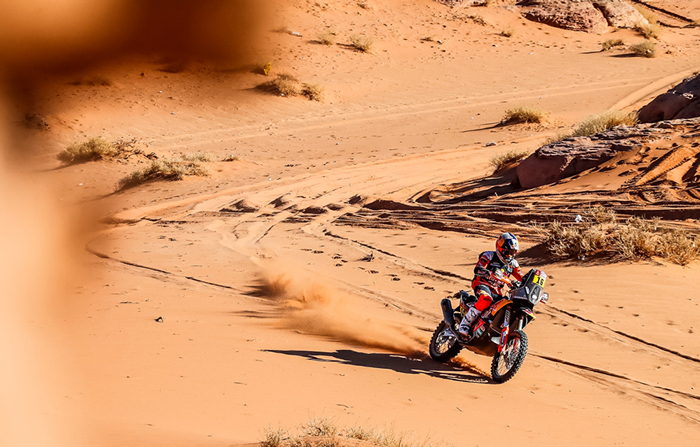 Luciano Benavides enjoyed his best Dakar finish yet with sixth overall after finishing inside the top 10 for all but one stage of the race. 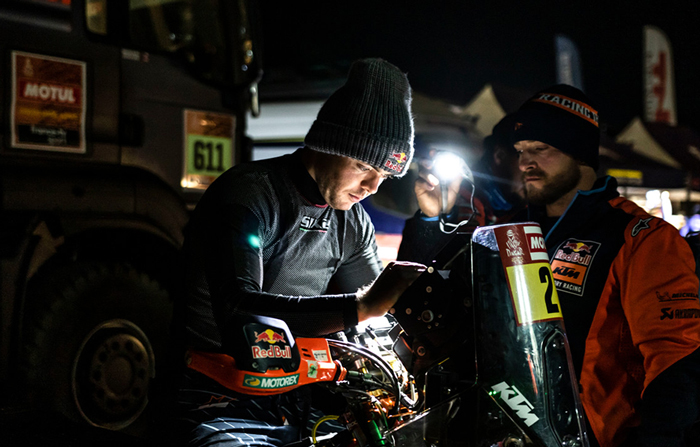 Matthias Walkner loads in his roadbook ahead of stage four of the rally. 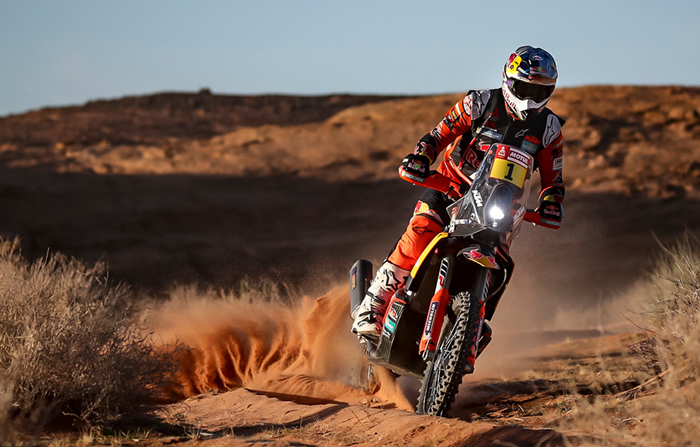 Toby Price navigates the sandy terrain at speed on his way to winning stage five of the Dakar. 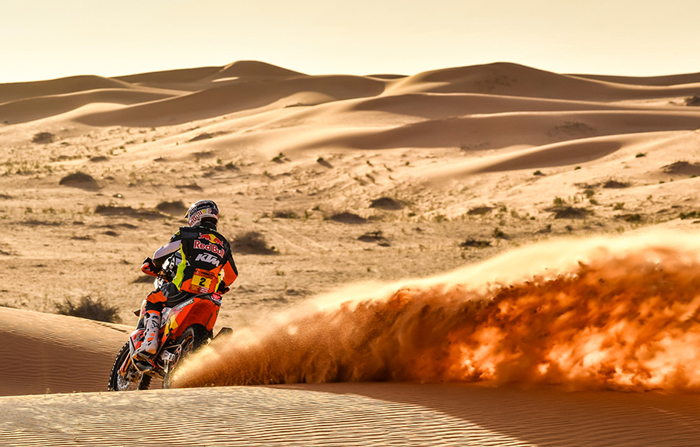 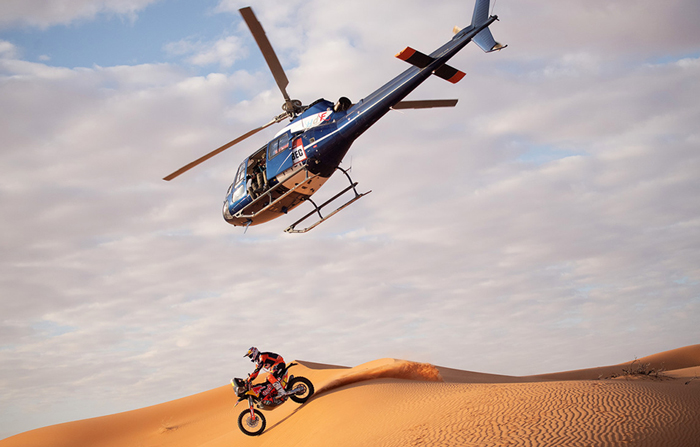 Toby Price is followed by the helicopter capturing him in action during stage six of the race. 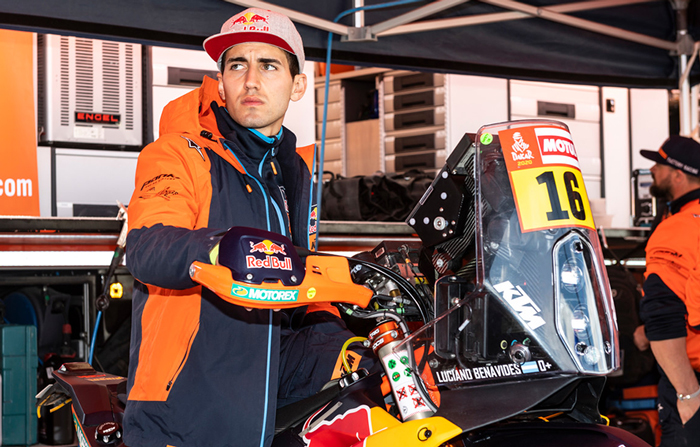 Luciano Benavides contemplates his possibilities during the Dakar 2020 rest day. 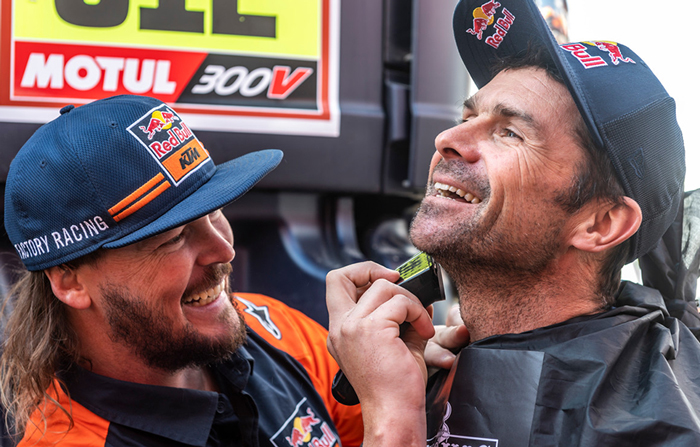 Toby Price the Bivouac Barber – a little downtime on rest day during the Dakar. 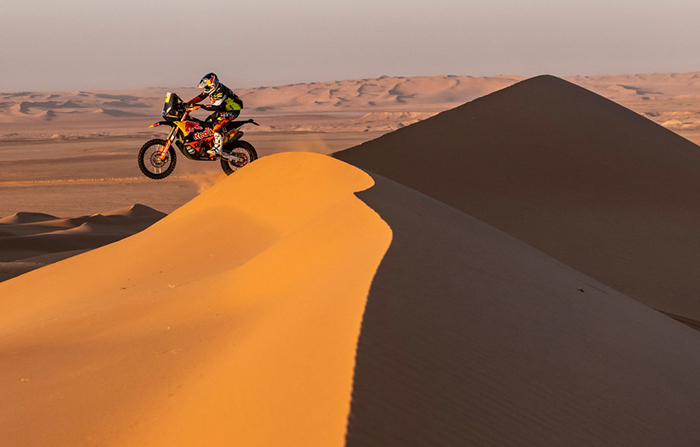 Stage 7 is one many riders will wish to forget due to the passing of a fellow competitor. Matthias Walkner tackles the difficult Saudi Arabian dunes. 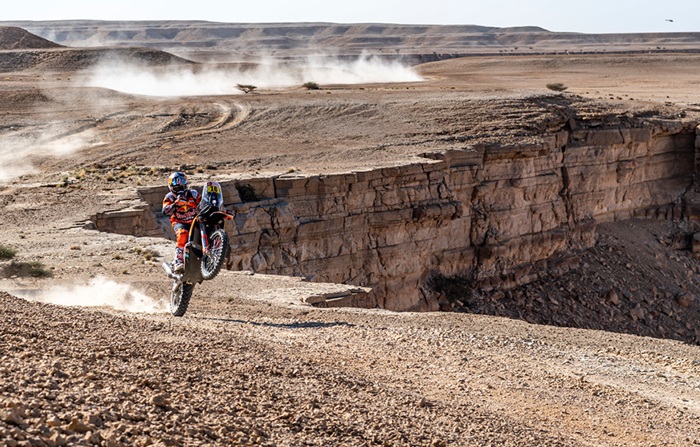 Luciano Benavides tries to keep the power down aboard his KTM 450 RALLY on the changing terrain during Dakar stage nine. 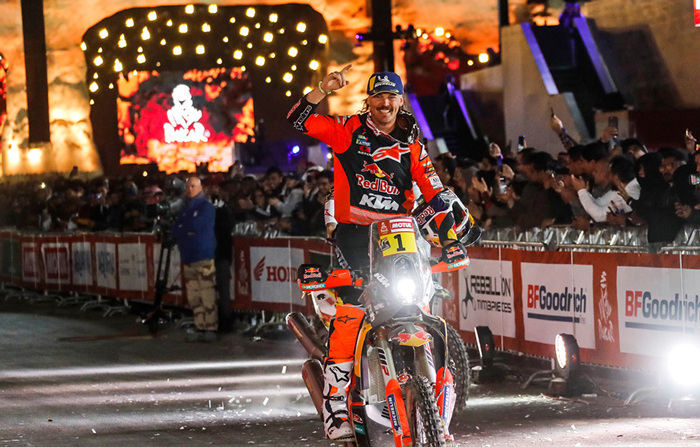 97 Responses to DAKAR 2020: A CAPTIVATING RACE OVER SOME OF THE MOST INCREDIBLE TERRAIN