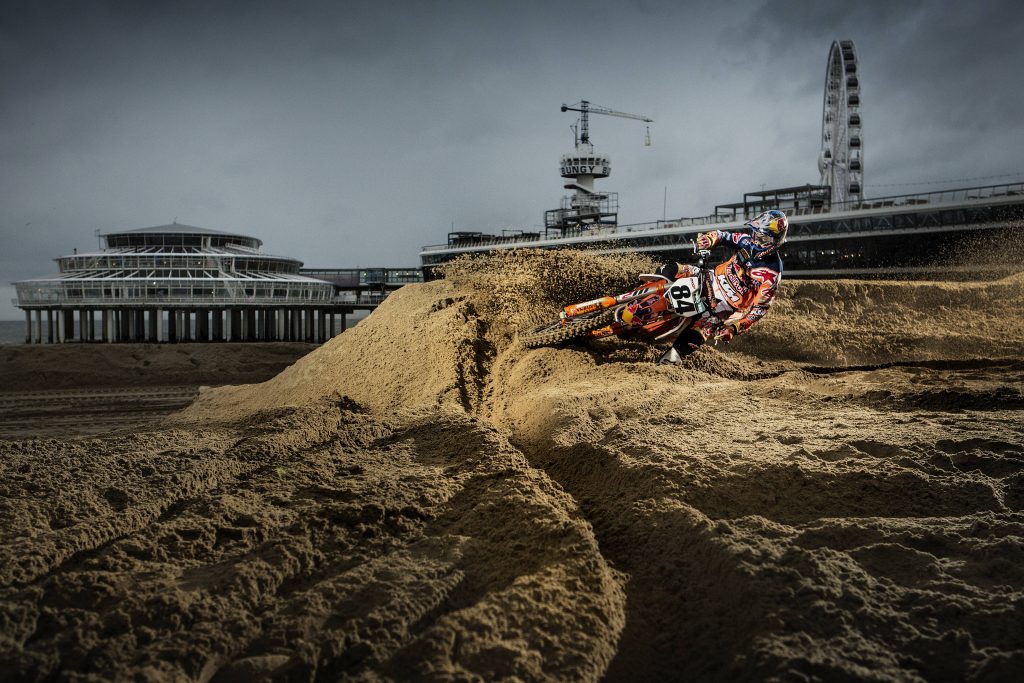 Last weekend Red Bull KTM factory rider Jeffrey Herlings put his sand skills on display at the Red Bull Knock Out. Raced around the beach of Scheveningen, a very popular tourist spot in the Netherlands, it was little worry that 100,000 spectators turned up to cheer on the local hero. As always Jeffrey was kind enough to take our call and do this interview. 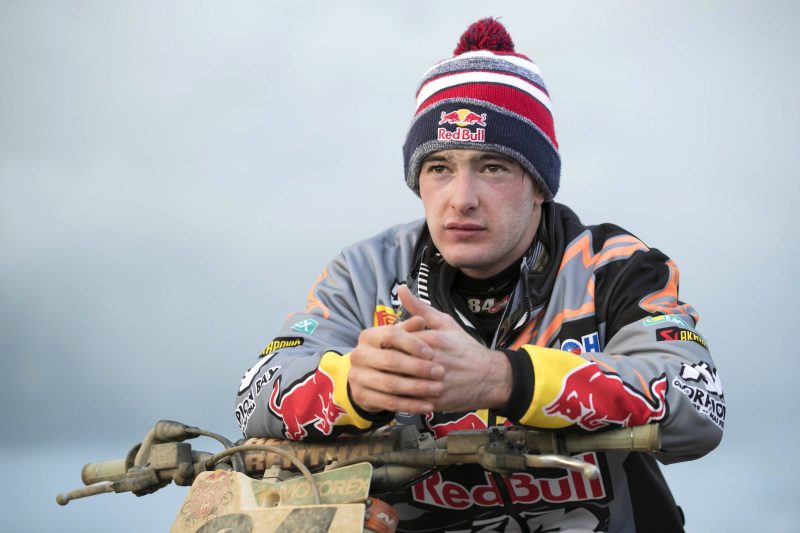 Jeffrey, first tell me, that must have been amazing. Can you tell me how it felt?
“It been pretty amazing, I was looking forward to it a long time, and we put in a lot of preparation and time, straight after the SMX. We didn’t have so much time bike wise, but it turned out well, we won the qualification heat and then the main final, so it went well, it was a good day.”

It seemed a little like a boxing match, where if you knock somebody out early in all your fights, then you suddenly have to go 12 rounds. However your stamina seemed pretty good.
“I did feel good, in the final I had some cramps, but that was because we had a semifinal for maybe an hour and a half, then the final for like two hours, I think it was something different for my body. I felt good, just the cramps, but everything else went really well. I felt good when I finished the race. Sunday morning I was a bit stiff, but that is how it goes.” 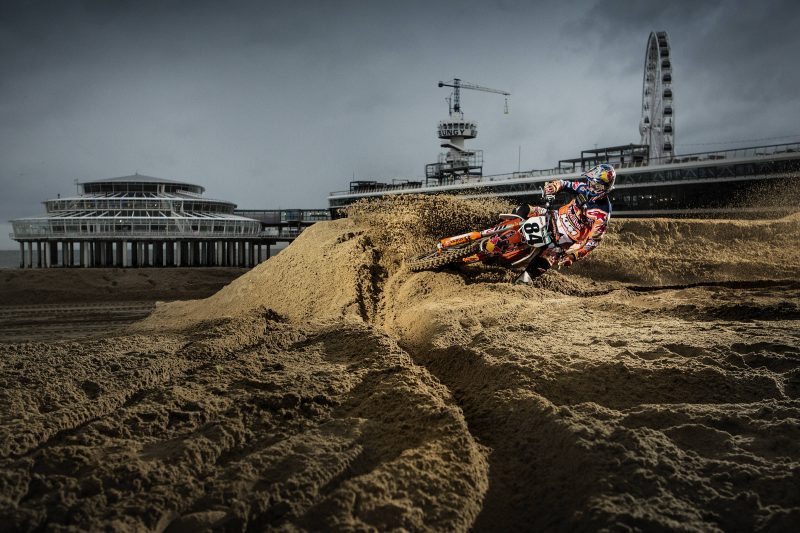 Watching you go down the straight, with your back wheel swapping around, for somebody like me, who isn’t a thrill seeker and doesn’t like high speeds, it looked really scary. How was it for you?
“It was, pretty gnarly, I mean you go down that straight around 150 km or 160 km an hour, something like that, and it was pretty crazy with the rear wheel, but plenty of riders had that issue, I think it was kind of normal. It was pretty impressive.”

Did you have any hairy moment?
“You know, I was lucky, it was really safe. For the semifinal and then the final, it was like three and a half hours on the bike, or something like that. Actually I was surprised I didn’t get in touch with another rider, I didn’t crash. Being on a track, like in the semifinal, with around 1000 riders, all on different speeds, it was pretty sketchy. It all turned out well.” 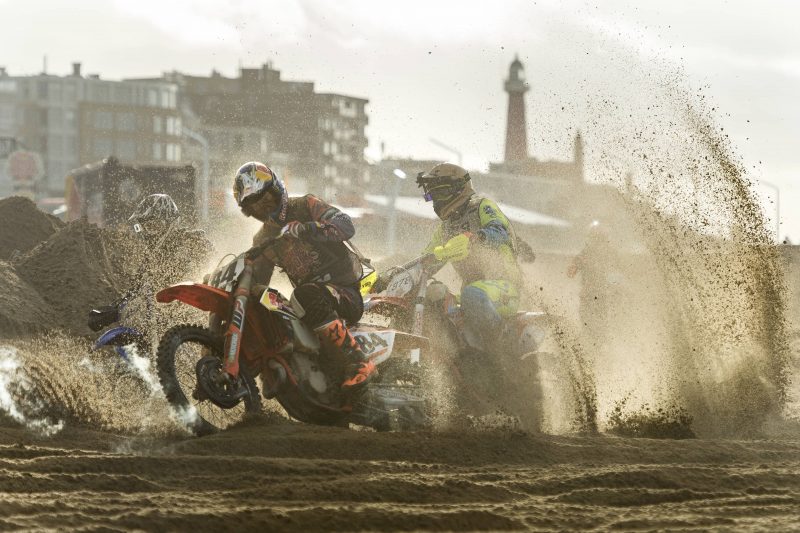 Did anything surprise? I mean watching you come through on that first lap and passing guys and your speed was like five times faster than some guys. You obviously love speed, was it a buzz?
“When you are lapping guys so quickly and they are so many minutes a lap slower, it is pretty sketchy. You catch them so quick, and on the track, not the start straight, but just around the track, you are doing like 100 km an hour and their speed is slow, so you can’t get too close, because if they swap across in front of you, it’s not going to end well. So you really need to be good at looking forward and always expect the unexpected.”

It looked like a really fantastic event. How was it being there?
“It was an impressive event, so different to a normal motocross race. I mean so many people (around 100,000) along the track, and the track was so rough. Running along the beach, it was pretty crazy, but a really cool event.” 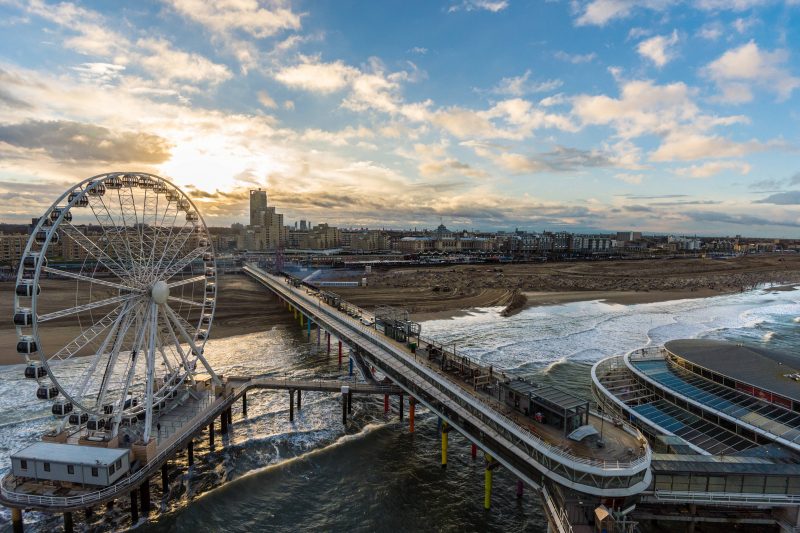 You have always been popular in Holland, but it seems like that popularity is just growing and growing. Could you feel that on the weekend?
“Yes, definitely. I try and be good for the fans and a good ambassador for the sport and for KTM. Through the years, with experience, people change and I have changed and I think it’s important to be good with the fans. I enjoy the racing, but I also enjoy the fans and without those fans who are sticking with me, I wouldn’t be able to live my dreams. I am very thankful to be in the position I am in currently.”

Talking about fans, and obviously social media is a big part of the relationship between fans and riders. What do you make of the social media thing between Ken Roczen and David Pingree? Did you even see it?
“I did see something about it. I don’t know what is going on there. Obviously you always have people for you or against you and I think you shouldn’t let negative energy from the fans or whoever take it over. I always try and stay away from the negative comments. The smart thing is not to comment, because no matter who you are, and what you do, some people will like you and some won’t, and you shouldn’t let the negative comments take over.” 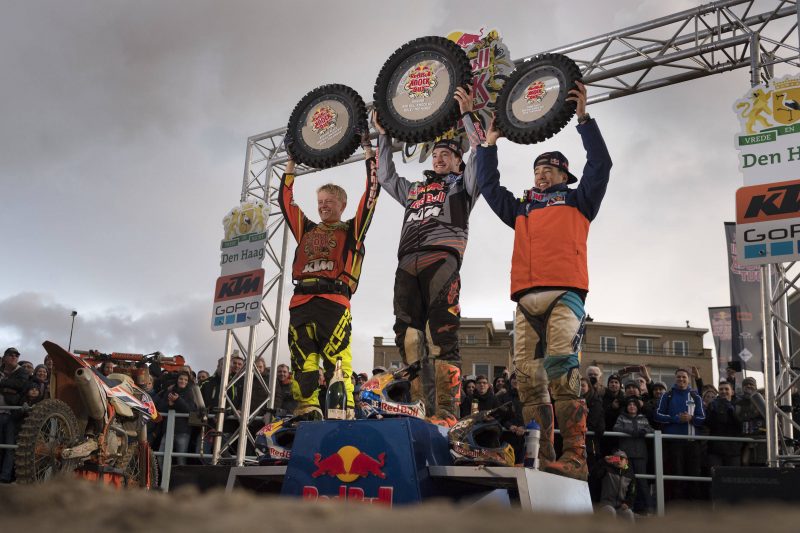 159 Responses to Interview of the Month: Jeffrey Herlings – Red Bull Knock Out Winner