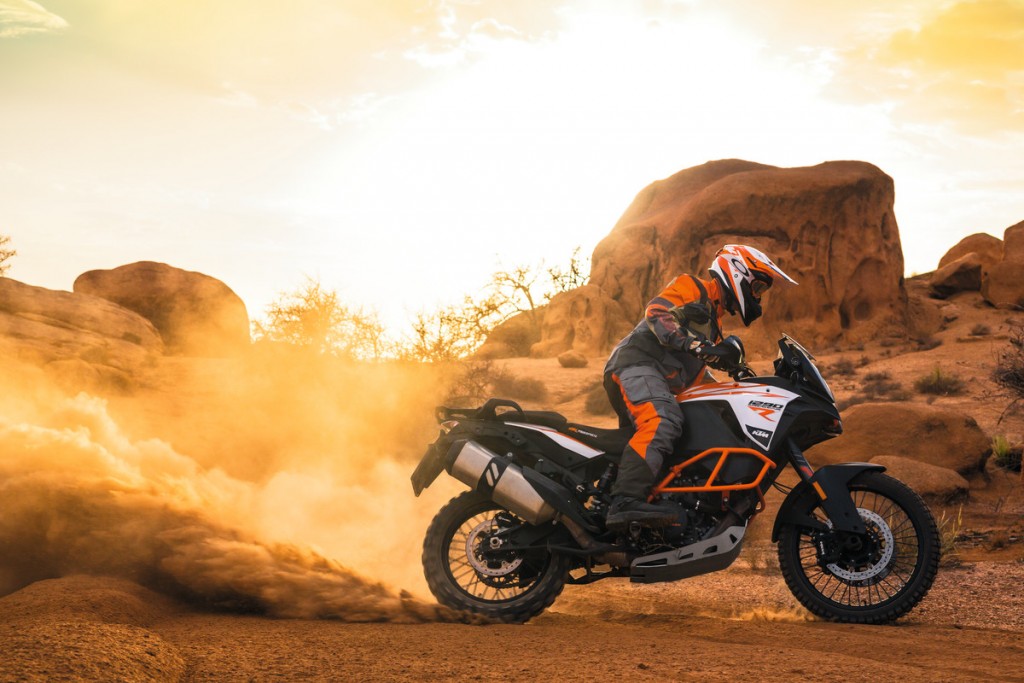 KTM’s roots are in the dirt of offroad racing. To make your mark in that world you really need to have a particular type of screw loose. The KTM crew have managed to retain their crazy side year after year and produce a string of bikes that are quintessentially KTM. Who else could have come up with the idea of a DUKE? But the spirit of KTM is most clearly expressed in the ADVENTURE series. When the first KTM 950 ADVENTURE appeared at the turn of the millennium everyone thought: “They have totally lost the plot.” The enormous rally-style saddle tank. More than 100 horsepower. As much wheel travel as on the top-of-the-range bikes. Who could possibly NEED all that? No one needed it, but it was still kind of awesome. Adventure-awesome!

Anyone who was wanting to carve ruts through all types of terrain with a huge overdose of power was more or less bound to go for an ADVENTURE, because at this time the rest of the touring enduro segment was made up of saggy old sofas. As a tourer it performed superbly, but after the end of your tour when it was time for a spot of enduro, the sporting pedigree that had won the ADVENTURE so many fans was lacking slightly. For anyone who sets as much store by enduro riding as by touring, Angela Merkel would probably describe the ADVENTURE as “the only choice”. KTM has even catered for riders who have matured in years but not lost that craziness of youth. For a wild period of time these guys could ride the KTM 950 SUPER ENDURO, which inspired as much head-banging as a Metallica gig. 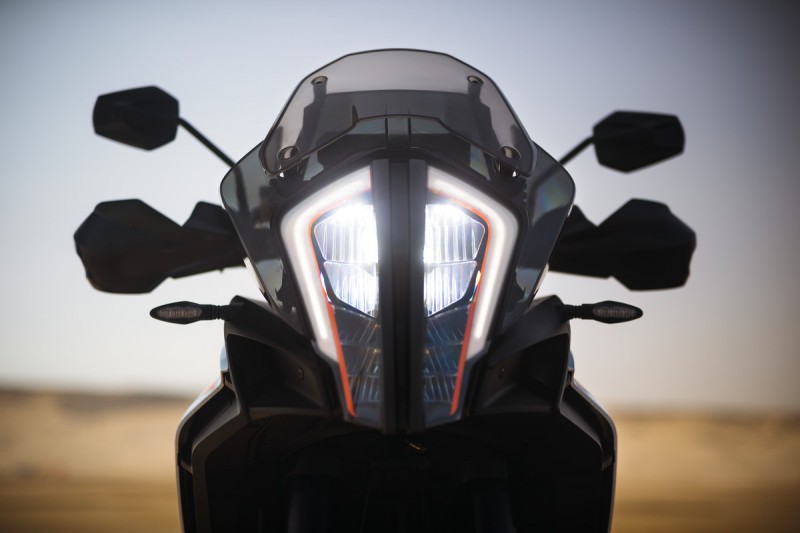 Fast forward to INTERMOT 2016. Here we have the KTM 1290 SUPER ADVENTURE R, a brand-new motorcycle from our development department. This is THE machine for the true dirt-bike fanatic. 160 horsepower from the KTM 1290 SUPER DUKE‘s twin-cylinder motor with all the best characteristics of the highly acclaimed electronically adjusted throttle valve system. The wheels are spoked and fitted with tubeless tires, the front one 21-inch and the rear 18-inch, and the wheel travel 220 mm. In principle, we think the SUPER ADVENTURE is so far the best machine of all when it comes to pulling a power wheelie on any surface. 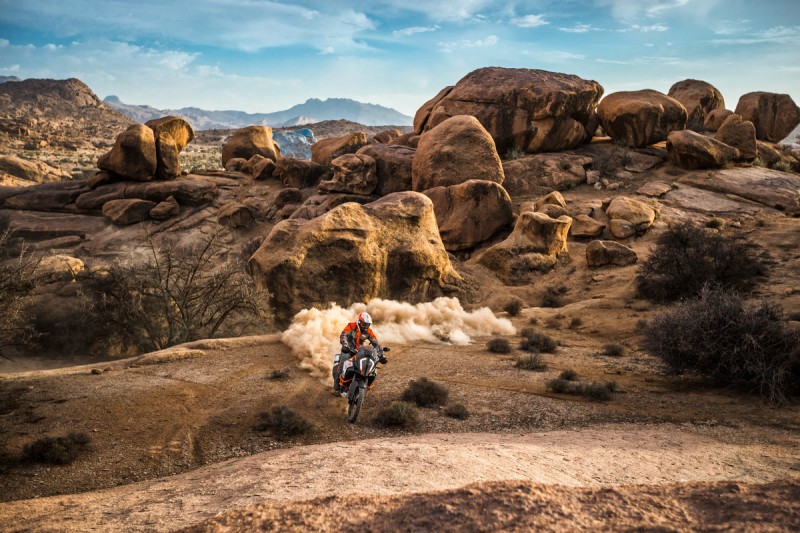 To enable every individual rider to customize the ADVENTURE for their style of riding, it includes the full range of assistance systems. You can switch all of them on or off … it’s entirely up to you. The dream that the touring enduro promises to turn into reality is this: You can set off from home and ride non-stop to the ferry. Then, leaving Algiers, you can ride over bumpy terrain, potholed roads, sandy expanses, dunes, tree branches (just a few) and rocks (aplenty) all the way to Tamanrasset, and you can do all this at over 100 km per hour if you like. There you might like to have a day of your enduro holiday free from panniers. And after that you can take a look at what else Africa has to offer. 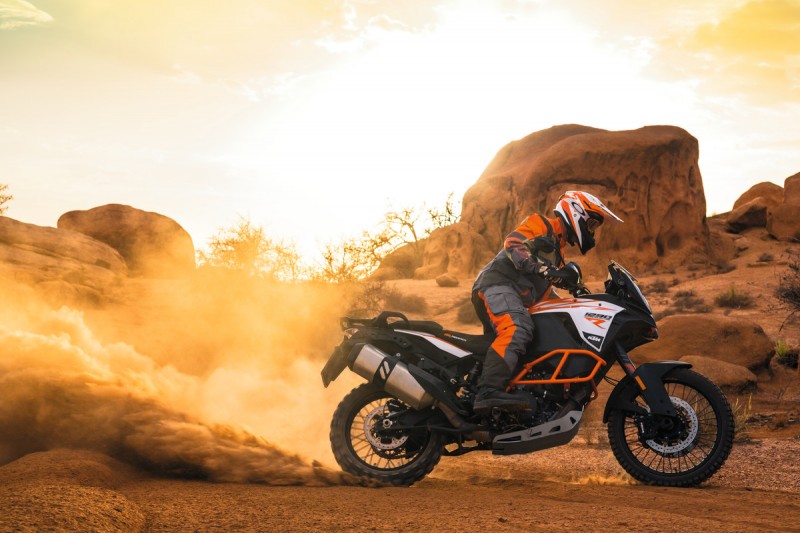 And if, in reality, it is more a case of riding that little circuit down to the gravel pit and back, what the heck? The main thing is, just do it! The people who are always saying “I’ll soon be off to do some enduro riding, I just need a bit more time, more money, a trailer, then Africa will open up for me”, they will never get around to it. But those who actually jump on their ADVENTURE will experience every little offroad adventure along the way as they explore each branch from their route. And precisely this is the real plus point of the ADVENTURE: Not that you have the possibility of doing something, but that you actually get out there and do it. The KTM 1290 SUPER ADVENTURE R. Totally awesome!

88 Responses to KTM 1290 SUPER ADVENTURE R: Definitely not for dreamers