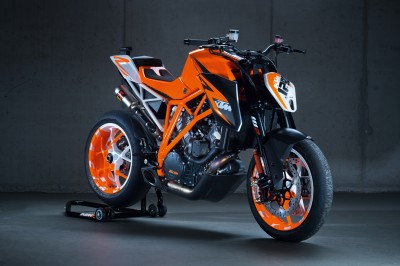 At the EICMA motorcycle show in Milan this week KTM will be providing an important and exciting glance into the fascinating future of the SUPER DUKE.

The twin-cylinder road bike has been eating tarmac around the world since it first rolled out from the KTM factory in 2005. Extremely agile and muscular, it is an unmistakeable machine that doesn’t fit into any pigeonhole, and nor does it make way for any competitor. Over the years, the SUPER DUKE has been further refined and the fan base is growing continuously. But rest assured, this is no PR-friendly promo text … rather a fascinating look into what lies ahead …

In the last eight years the ‘street fighter’ has become the leader of a whole host of impressive bikes – lightweight, simple, high quality and always ‘naked’. The range now includes 125, 200, 690 and 990cc versions, and a brand new 390 will be presented at the EICMA.

Emergence of (now five) different cousins does not mean the end of the development road, even though nobody could reasonably ask for any more displacement options! The path for the SUPER DUKE becomes about pleasure in power, in mind-blowing acceleration, in breaking physical limits … in enthusiasm for the world of extremes.

So, take a look at some of the photos here (and check out the sound file from last week). The prototype of the future KTM 1290 SUPER DUKE R can roar unfiltered as this motorcycle is not a victim to convention or legal provisions and regulations. It is the product of passion and imagination unshackled in Mattighofen.

The design engineers have improved the RC8 R’s engine even further to provide it with maximum punch all the way. Around this twin-cylinder force of nature, they have forged a tightly fitting, tailor-made, lightweight, tubular steel frame. The chassis is rounded off with a single sided swingarm and prototype suspension components from WP Suspension, combined with racing wheels, racing brakes and racing tyres. To top it all, there’s a ride-by-wire throttle, a couple of electronic assistance systems and plenty of carbon parts. 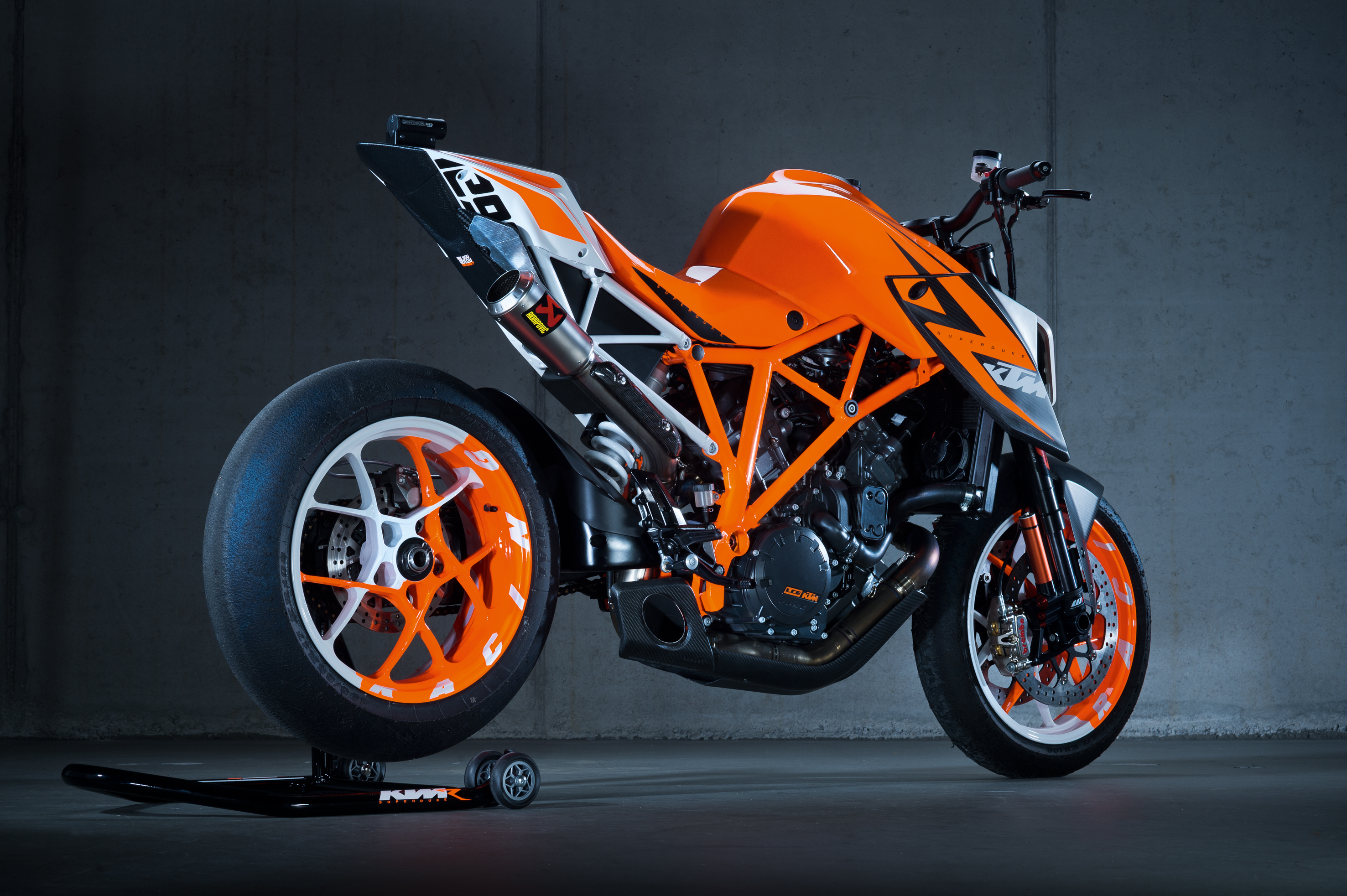 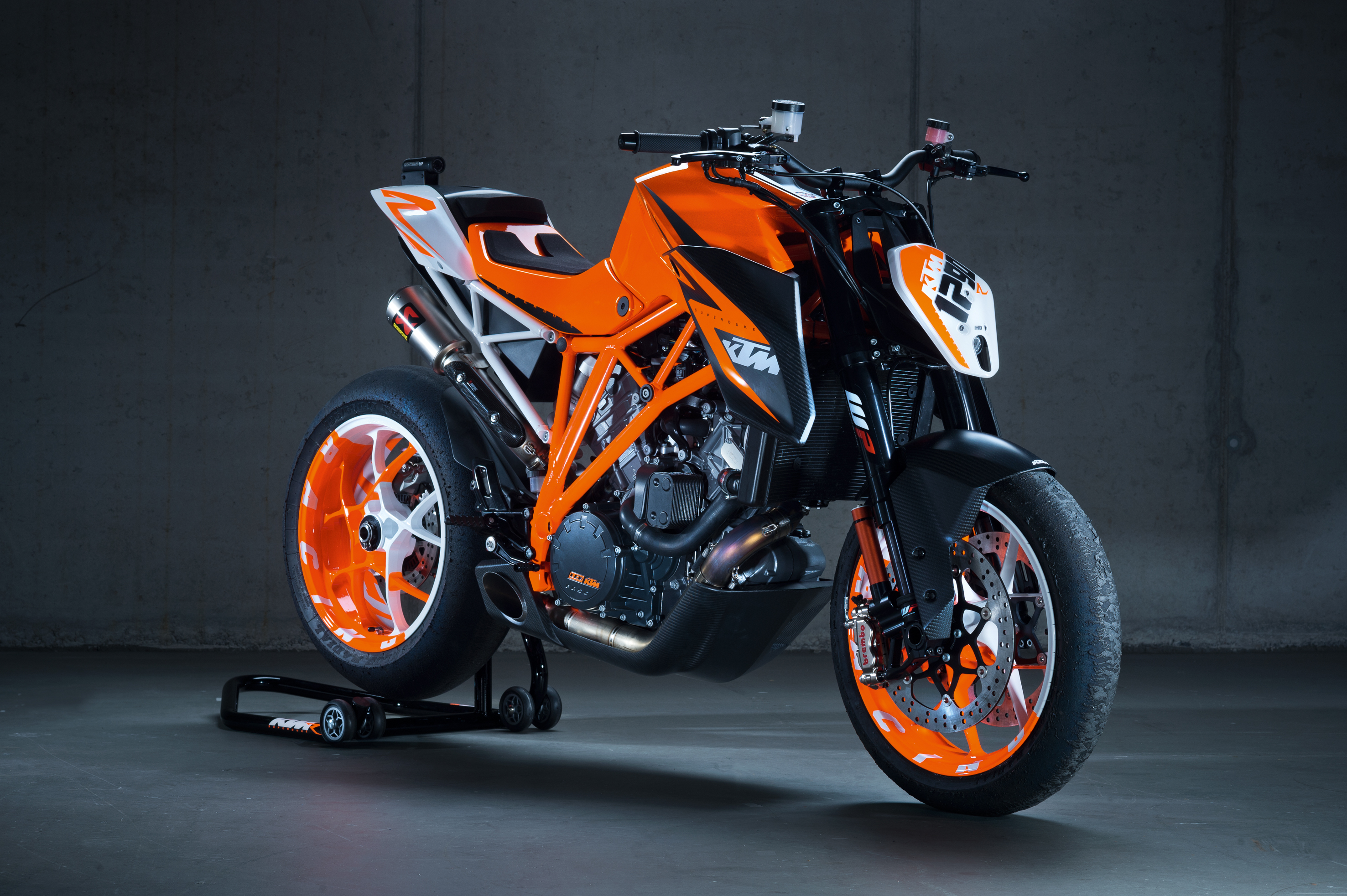 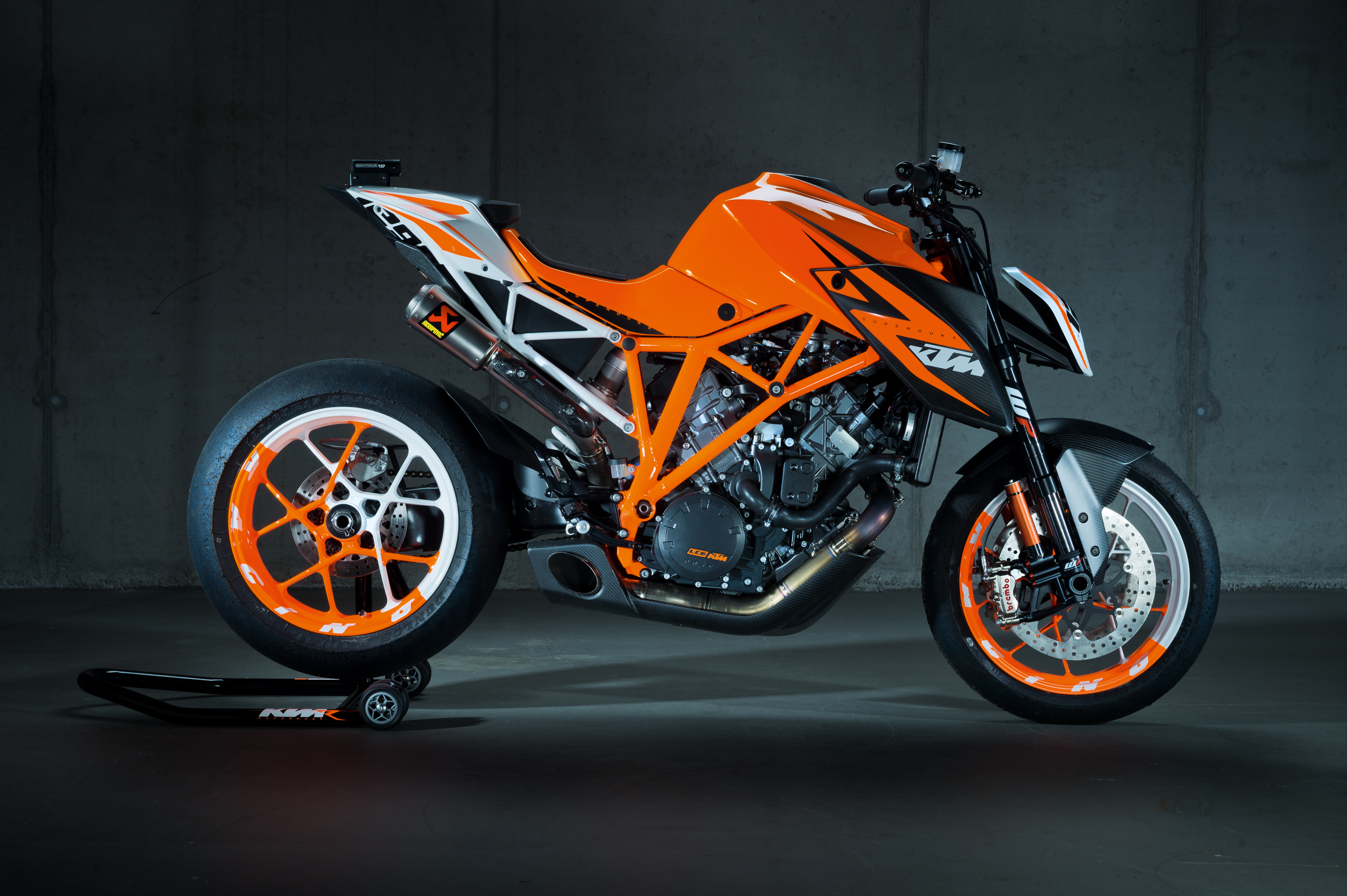 Nobody counted the working hours, the effort and commitment or how much was being invested. The only thing to leak out from the development department was a buzz from the team involved and now they can hardly wait for the presentation of what will be one of the jewels of the Milan exhibition.

Saving the best news for last: KTM is already working with the same enthusiasm on the production version of the 1290 SUPER DUKE R. One good reason to look forward to the future and the second half of 2013 in particular. Dream on until then!