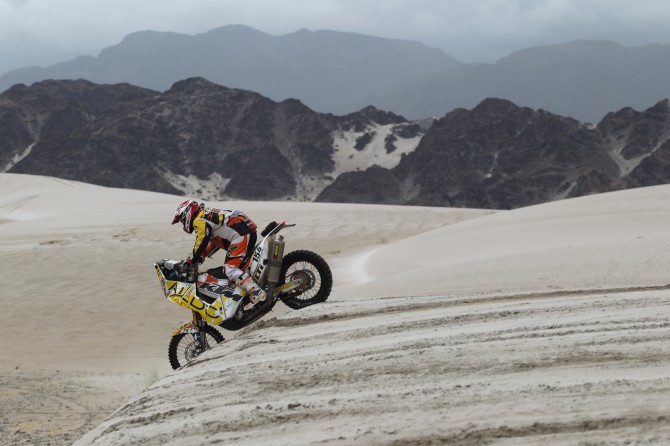 The Dakar: A privateer’s view

When it comes to the most famous rally in the world then the Orange boys can feel pretty happy with themselves thanks to 12 victories in the past 12 editions. With KTM reorganizing their Rally team two weeks ago we thought we’d remind you that the Dakar is not only about stage victories and factory efforts. There is also the plight of the hundreds of brave entrants who come to South America for a spiritual and personal challenge. There are plenty of stories of sacrifice and determination and here’s one that caught out eye from within the KTM network. Patrick Beaule did not travel or benefit from any of the superb back-up afforded to the likes of Caselli, Despres and co but made it through the 9000km all the same, finishing 62nd of 125. Here’s an interview with the Canadian on how he made it happen and put it all together… 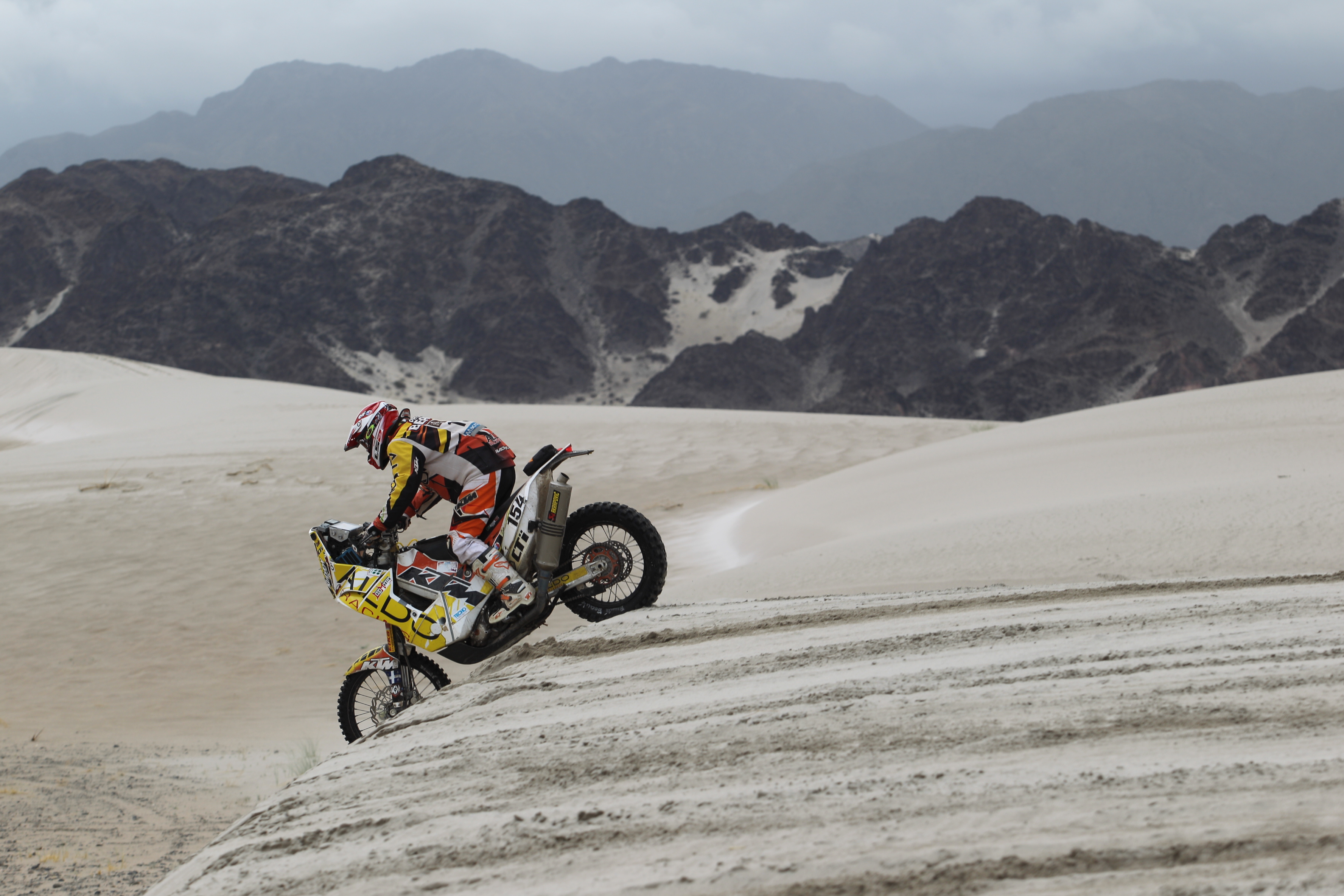 What is you day-to-day job and how did you become involved with the Dakar?
I work as Eastern Canada Sales Manager for KTM Canada. My passion for off-road racing drove me to this position. It was around the year 2000 that I heard about the Dakar from another rider who went there and then working at KTM didn’t exactly cool my passion and dream to participate. Actually, I would compare it to pouring oil on a fire! It never stopped growing inside me. I had to make it! When you are an off-road racer, you always look for a more difficult challenge. The Dakar fulfilled the criteria very well.

Exactly how much work and time goes into preparing for the event?
That’s the catch! I have to say that for the bike, spare parts, team, insurance selection, material ordering, receiving, packaging/re-shipping, fundraisers, chasing the sponsors, medicals, project communications, interviews, paperwork, training to finally going to Lima; my team and I spent more than 1000 hours!

Roughly how much alteration does the bike undergo to be ready for the rally?
Actually, not much. I was lucky enough to order and get a KTM Rally Replica. This bike is built by KTM specifically for the Dakar and other big rallies. I just added heated grips as the course of the 2013 Dakar crossed the Andes twice.

What work did you need to do for fitness and prep?
I raced the whole annual Cross-country series (14 races) and then stopped riding a few months before the event (to avoid injuries) to switch over to crossfit training. I also did few long rides (1700km in 2 days) on a 350 EXC and rode various distances of 800-1000km a day on the road while visiting the KTM dealers in my network.

Just how important are sponsors and backing at privateer level?
Sponsors are key! No money means no candy! My program cost me 140k Canadian dollars (105,000 euros]. I don’t think you can go to the Dakar with any less than 80k. I had a full mechanic, a team waiting for me at the bivouacs and enough room for my spare parts and gear. But the sponsors are looking for some exposure in return and this is totally normal. This is why we worked hard to have the most professional image to collect as many articles and TV appearances as possible. Our Facebook page was reaching 15,000 people per week during the event!

Could the Dakar really be done at a basic and minimum level?
As said, 80,000 [60,000 euros] I think is the minimum, and you can do it with Malle-Moto which is a class with no assistance and you only have 1 bin for your material. Any cheaper and you really reduce your chances of finishing and only increase the possibility of injury.

Which parts of the rally were exhilarating?
The dunes were definitely the best. This is the nicest landscape, the safest place to pass other riders but also the most difficult sections to navigate and the toughest terrain physically.

What moments or terrain were the scariest?
The downhills were the scariest. 1-1.5km of pure downhill in the sand. When I say downhill, I mean that with some of them you would expect people to do it with their snowboards and skis!

Was there a moment when you thought you might not be able to finish?
Quite a few times I found that it was way more difficult that I expected, but there was only one moment where I wasn’t sure if I would finish and that was when I had a mechanical issue and needed to be towed over 320km with a rope. I wasn’t sure I would get back to the bivouac in time and find the parts to fix the bike…but we made it!

Would you have another go?
I would definitely like to go again. Not sure if it will be on a bike or in a car but I really want to go.

How strong is the rally addiction?
As a racer, I always like to compete and doing that through the longest motorsport race on the planet is very fun! You make a lot of new friends, develop your skills and build your mental and physical strengths. This is something good and applicable to many situations in life.

146 Responses to The Dakar: A privateer’s view