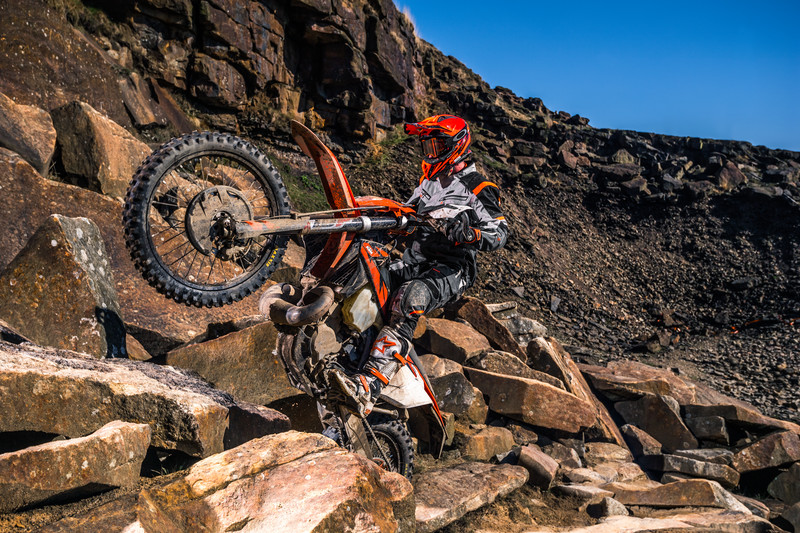 Renewed life is being fired into 2-stroke engine technology and Enduro riders are the lucky ones to benefit from KTM’s fresh fuel injected motors. The bikes broke ground for the first time this week in Austria so here are three reasons why the KTM 250 EXC TPI and KTM 300 EXC TPIs demand any rider’s attention …

There were whispers early last year. KTM entered a slightly different motorcycle at the ‘Roof of Africa’ Enduro in the summer and keen spotters noticed the absence of a ‘carb’. Fuel injection within the dwindling and sometimes prejudiced 2-stroke is not an original concept but the launch of KTM’s Transfer Port Injection is very much a new force of reckoning in the segment. As the responsible for Product Marketing Offroad, Joachim Sauer, comments: “we at KTM are committed to developing revolutionary technology.” 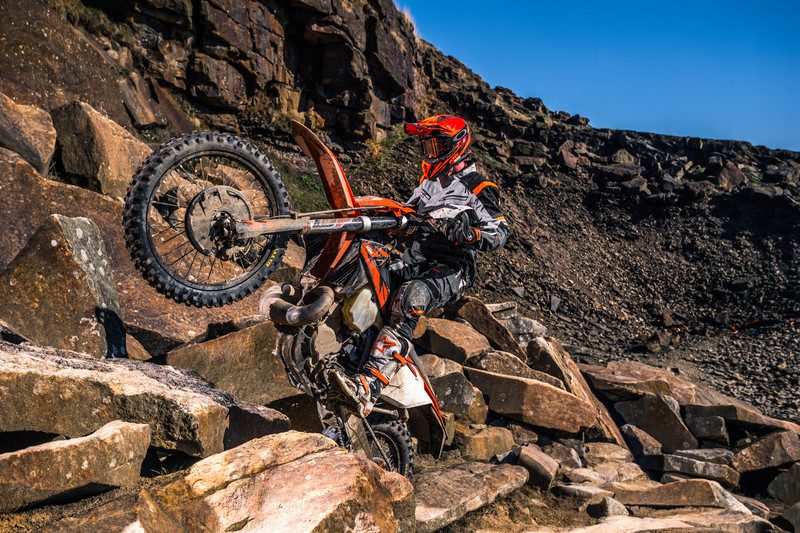 Journalists rode the KTM 250 and 300 EXC ‘TPI’s this week and initial feedback plus some insight from the R&D wizards on the creation of TPI will surface on the KTM BLOG in the coming days. First, we wanted to outline why these bikes should rattle anybody’s previously unshakeable belief in the 4-strokes and the way a traditional ‘smoker’ can now be regarded.

Start me up: that new engine …
‘Advantages’ (with emphasis on the plural) of the patented TPI begin with the biggest bugbear for 2-stroke fans and riders: jetting and pre-mix. Thanks to an engine management system, control unit and a raft of sensors (intake and ambient air pressure, throttle valve position and water temperature) the search for ideal ignition and performance now becomes a cinch. Altitude alteration and temperature compensation is automatic and the SIX DAYS special edition features a map select switch. A new throttle body is another factor that helps contribute to KTM’s claim of a new level of ‘rideability’. The 2-stroke has not been reinvented and the sensation of this special kind of motorcycle – with its lightweight, punchy power and exhilaration thanks to that ‘drive on tap’ – is still firmly in place but the tweaks means delivery from either the 250cc or 300cc models is now more consistent and smooth. Any of the common tendencies with 2-strokes, such as occasional ‘hesitancy’ or ‘bogging’ is a thing of the past. Fuel injection has the added benefit of better consumption. A nine liter tank sits on top of the bike but riders will get more miles for their buck. “This is a big thing,” understates Offroad PR Manager Jen Dick “and is especially ideal for an athlete like Jonny Walker in his long races. Obviously fuel consumption depends on the terrain and riding style, but riders will see a noticeable difference in most conditions.” 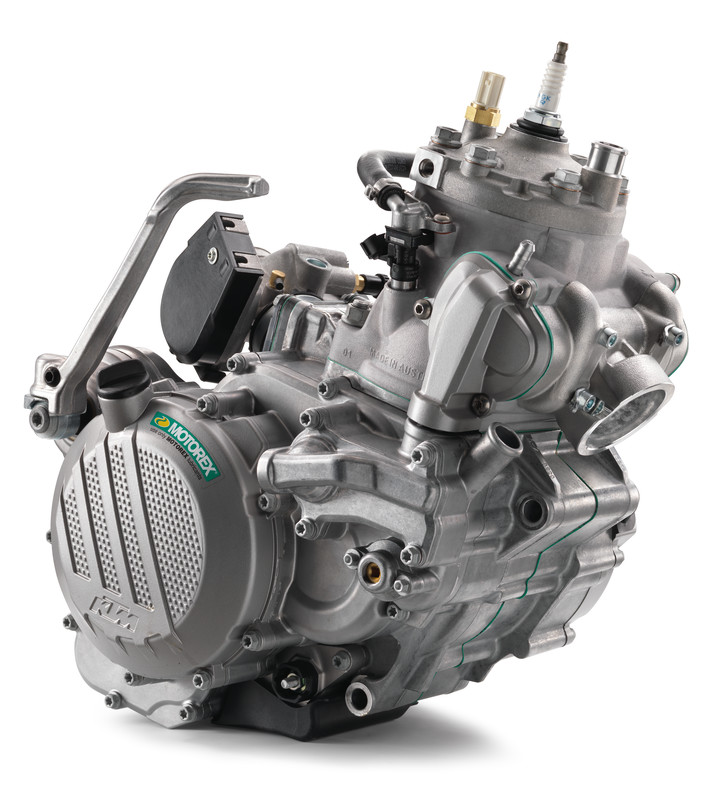 Getting premium
KTM stripped back and re-dressed their entire Enduro line-up last year for all 2017 models with a host of new concepts and the 2018 TPI models maintain that lofty philosophy towards offering a motorcycle that will hit the top levels of the segment. A real effort has been made to ensure full ‘flash for the cash’ so an E-starter, WP suspension, Brembo brakes, revitalized graphics, the lowest weight in the class (thanks to things like the mini lithium ion battery), a new frame and the approach of retaining both the spirit and austerity of function of the 2-strokes. “It is a simple bike to work on; the architecture is typically KTM,” says Dick. 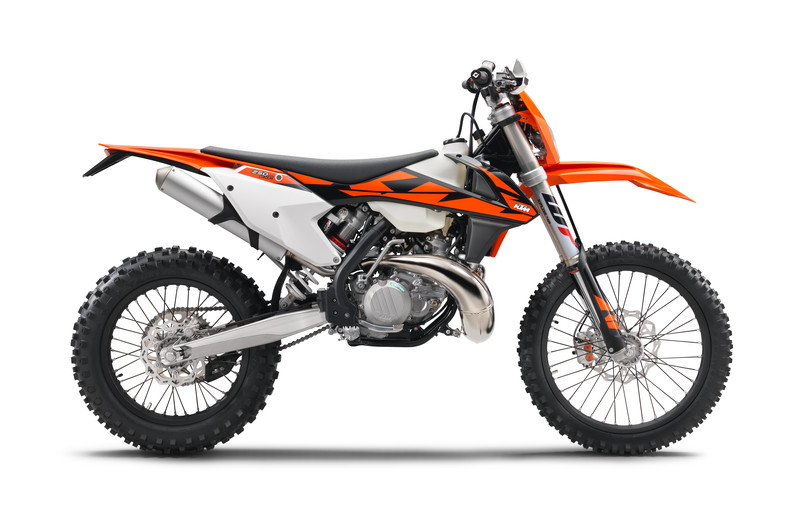 Long-live the screamers
For some, 2-strokes have fallen by the wayside. Factories have stopped technical evolution or production altogether. A key factor in continuing and striving to progress the engine comes down to modernization. TPI has been key to dipping the level of emissions and hitting a Euro 4 regulation, this is important for registrations. A ‘greener’ bike is also an asset in the shrinking world of riding possibilities for customers. The overall ‘cleaner’ product even extends down to minor details such as reduced fuel evaporation meaning less fuel smell in transport vehicles! “Other manufacturers are not investing in 2-strokes so to be the first to release this technology is a big thing and we might see other 2-strokes of this nature that are not Enduro bikes coming to the motorcycle market,” adds Dick.

Sauer is typically forthright: “The time has come to give a new shockwave to the 2-stroke segment!” 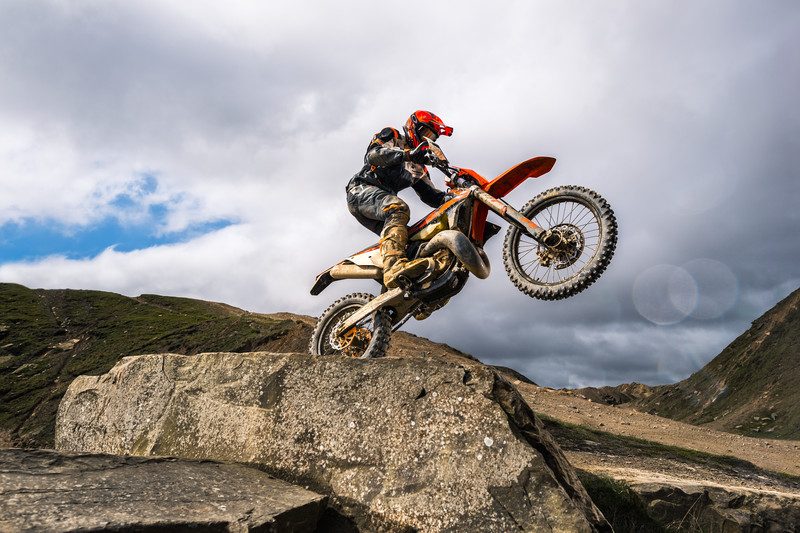 With the TPIs (coming in an XC-W form in the U.S.) now out on the horizon and slotting nicely between KTM’s 4-strokes, standard 2-strokes and the innovation of the FREERIDE E electric models, a rethink of how this time-old form of engine will soon hit fans and riders worldwide. “How do we anticipate the reaction?”, contemplates Jen. “As with anything new I think there will be mixed feelings at first. The old-school 2-stroke guys could take a bit of time to fully embraces the advantages but in order to keep the 2-stroke alive something had to be done and we had to think of Euro 4. We have been working on this technology for ten years.”

The EXC TPIs begin shipping in June across Europe but check back on the KTM BLOG for first verdicts and more in-depth info in the coming weeks.