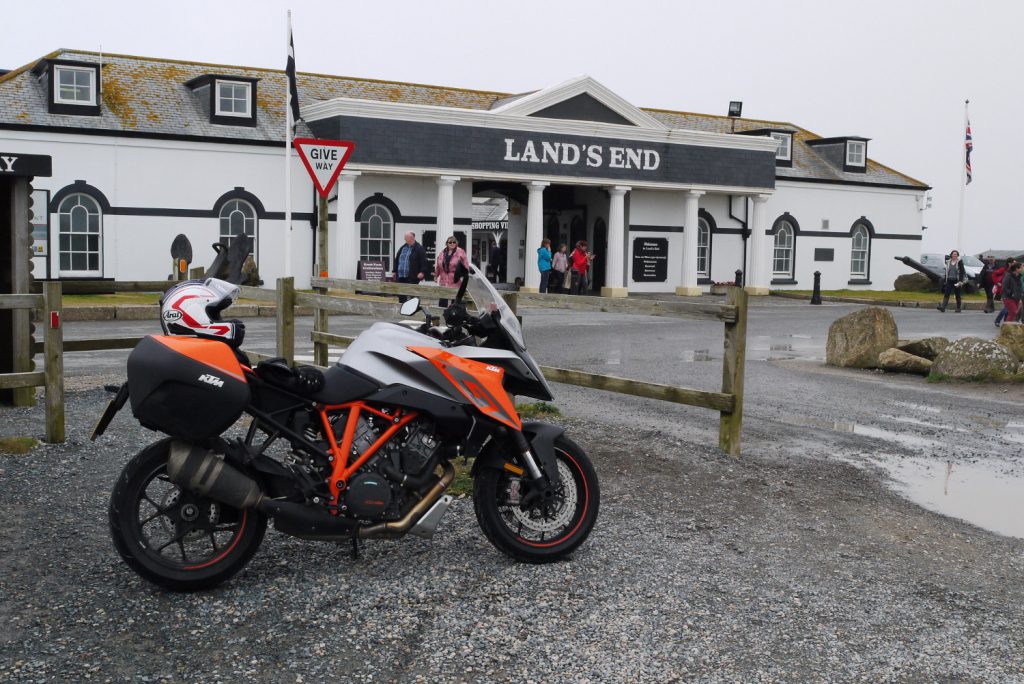 1000 miles in one day on the KTM 1290 SUPER DUKE GT. We caught up with MCN’s Richard Newland as to why he voluntarily undertook such an excursion, what he learned about the bike and if he could still feel his legs after ‘The Longest Day’. 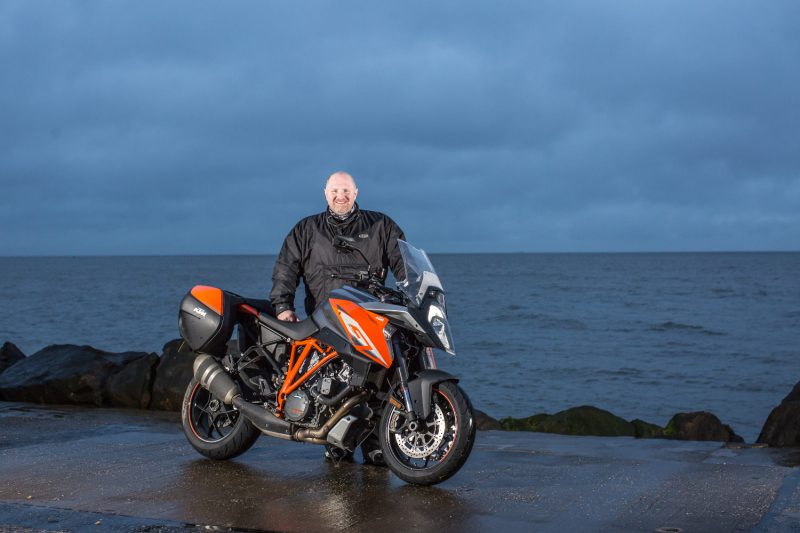 The notion of spending 18 hours and 29 minutes on a bike – no matter what type of machine or the thickness of its seat – is a grueling, uncomfortable thought for many seasoned riders. But for Motorcycle News’s (MCN) Senior Editor, Richard Newland, the chance to get to know the KTM 1290 SUPER DUKE GT had to be done in an extreme way.

No stranger to long trips on a variety of different motorcycles, Newland estimates he has spent over 350,000 miles on two wheels. He’s undertaken a lot of long trips in short spaces of time; from the bottom to the top of the United Kingdom – a route known as Land’s End to John O’Groats – and back again (1703.5 miles completed in 30h 4min), the Iron Butt UK Northern loop (1094.1 miles in 19h 22min) and across England from East-to-West-to-East (966.2 miles in 18hr 29min). In the course of his work with MCN, each year Newland is fortunate to be able to select which bike he would like to spend the majority of the year getting to know. In 2016, he opted for the recently released KTM 1290 SUPER DUKE GT.

“Given a free choice of any bike for a fast blast I’ll always choose a superbike,” Newland tells KTM BLOG. “But increasingly I want a lot more versatility from my bikes – to be able to cover over 2000 miles in a weekend without wearing a rucksack, or needing to be lifted from the bike at the end. The KTM 1290 SUPER DUKE GT appeared to offer the best of two worlds, where sportsbike performance collides with effortless touring capability – with a liberal dose of KTM attitude thrown in for good measure. It promised a lot – and delivered all of it.” 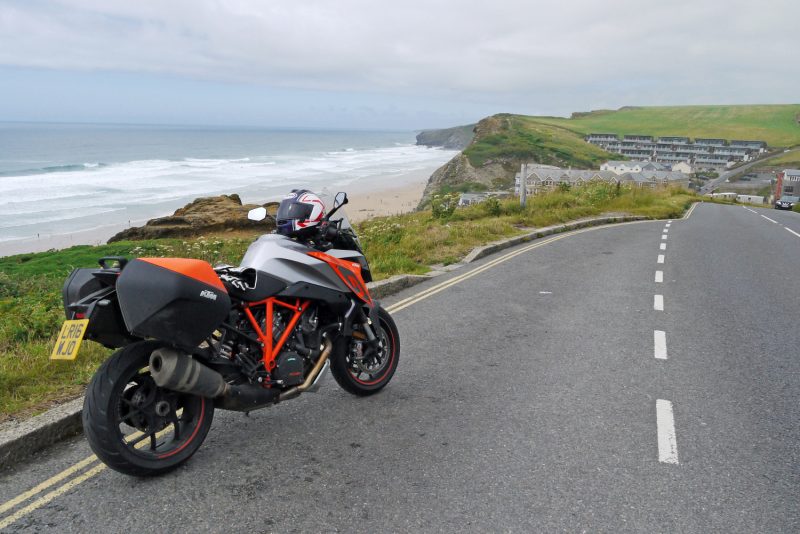 Having completed the epic Land’s End to John O’Groats mission and back again in one hit back in 2010, Richard had always fancied doing the East-West-East equivalent of the UK. While it’s much shorter, the route is also more convoluted.

“The longest day of the year seemed like a great motivation for the trip, chasing the light from sunrise to sunset,” says Newland. “There’s nothing more cathartic than covering big miles in a short period of time. It takes your brain to a better place – and you’ll never feel more at one with your bike.”

So, on Monday June 20, 2016 – the longest day (in terms of sunshine) of the year – Richard and his GT rolled off his driveway at 2:08am, and headed East. He wouldn’t be back for 18hrs 29mins, and in that time 966.2 miles would pass beneath him, riding from home to the England’s most Easterly point, then on to the most Westerly, and home again. So what did he learn in that time about the KTM 1290 SUPER DUKE GT and maybe even himself. 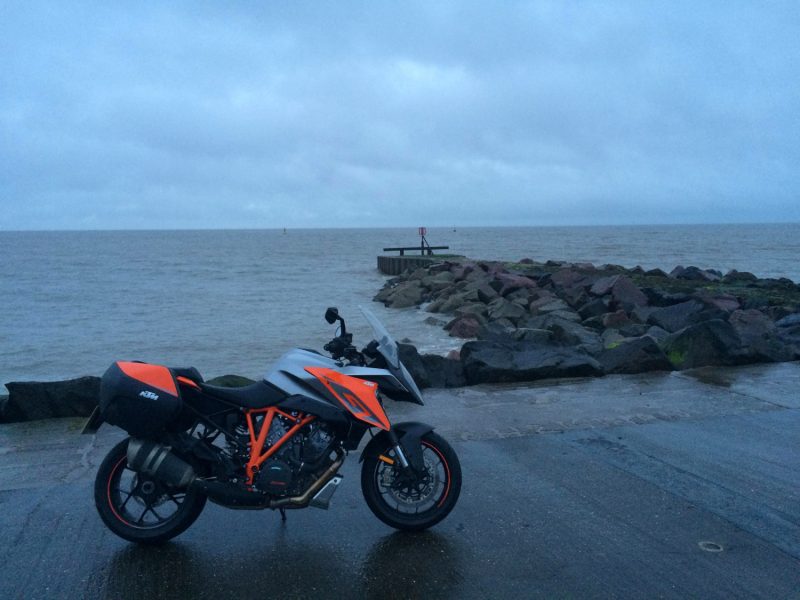 IN THE MODE
Newland rode the entire trip in ‘Sport’ mode for both power delivery and suspension settings, and never felt any need to switch out of either.

“Lighter riders have reported that they find the GT a little firm,” explains Richard. “But for my excess weight Sport mode feels like a bespoke suspension setup.”

RAIN MAN
The weather can have a serious impact on comfort for a journey like this; it can drain your motivation and can tempt you into turning back. No matter what preparation goes into the journey, you can’t predict the weather (unless you live in England).

“It rained for the first 609 miles,” says Richard without almost sounding disappointed. “Almost without remission and sometimes with such ferocity that luck, rather than visibility, was the only thing keeping me safe. I should have been miserable, but – while I’d rather have been dry – the GT was kept me happy.”

SITTING COMFORTABLY
The most surprising revelation for Richard was how comfortable it was over such a great distance.

“Of the 18.5 hours we were together, the GT’s clocks revealed that the wheels were turning for 15hrs12min,” Newland explains. “Each fuel stop was around 10 minutes, and I spent an hour at Ness Point waiting for sunrise, and half an hour at Land’s End. The only other time I stopped was at Watergate Bay on Cornwall’s North Coast, where I took fifteen minutes to shed some waterproof layers and stare at the surf.”

“I find the riding position very natural, and the turbulence-free windblast that arcs over the low screen takes the weight off your wrists. You can tuck in to escape it – and even with my bulk there’s room for some flat-tank peace and quiet.”

“The seat looks like it ought to be less than comfortable on a long run, but it proved the complete opposite,” continues Richard. “The first time I felt any hint of posterior pain was at 953 miles, when I got back on after a fuel stop to find that I didn’t want to sit down anymore. That’s exceptional, and having done similarly stupid mileage stints on a Z1000SX, R1200GS, and Tiger Explorer, only the GS comes close – but the GT wins. At the end of my 966.2 mile trip I arrived home feeling no more tired that I would have done after 100 miles. I could easily have carried on, but I’d promised my wife dinner …” 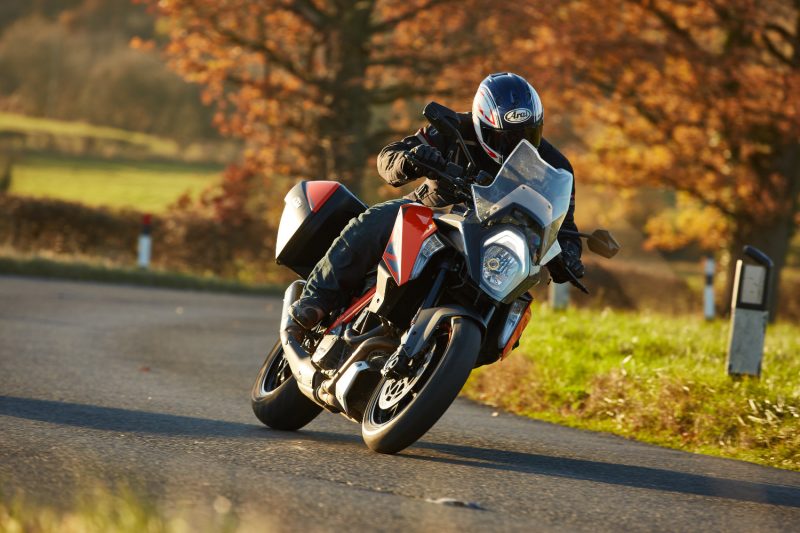 OTHER OBSERVATIONS?
Newland said that the Pirelli Angel GT tires performed perfectly in both torrential rain and standing water on a variety of road surfaces, at a large range of speeds – and equally well when the roads were hot and dry.

“The tank range is excellent at 240-odd miles at pace,” said a surprised Richard. “A lighter rider with less frontal area will obviously get better consumption figures.”

PREFERRED KTM POWERPART
“The panniers were absolutely invaluable, and stayed on the bike at all times,” Newland explains of the official color-matched KTM PowerParts panniers. “Despite the torrential rain on The Longest Day, the panniers – which look a little gappy at their front edge – never let in a single drop of rain.”

MORE MILES, MORE SMILES
During his time as custodian for the GT, Richard stuck in plenty of days that saw more than a few hundred miles added to the odometer, but other than The Longest Day trip (966.2 miles) there was a 72-hour blast to Austria to watch the MotoGP, which added another 2123.6 miles (1170.5 miles there, 953.1 back). 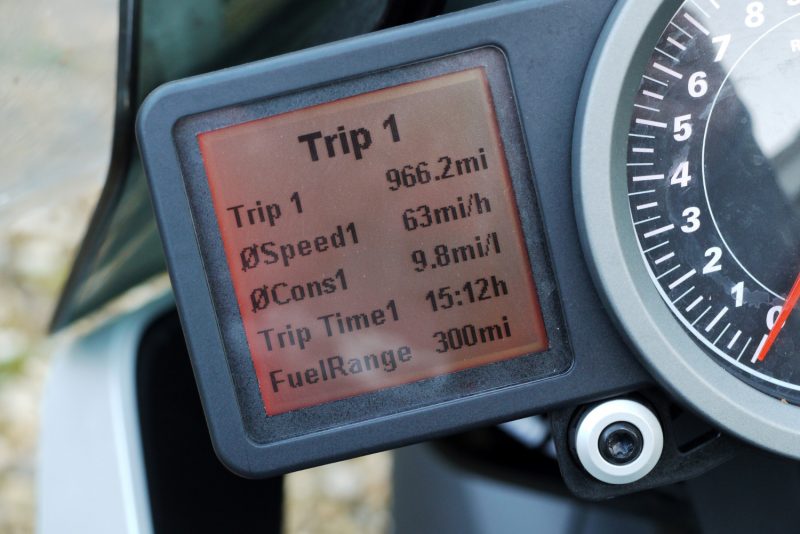 IN CONCLUSION
What did Richard like the best about the KTM 1290 SUPER DUKE GT?

“It’s sheer giggle-inducing irreverent versatility. The perfect blend of comfort and performance. Is it a GT? Most definitely! A sporty one – which is my idea of heaven – but a GT nonetheless.” 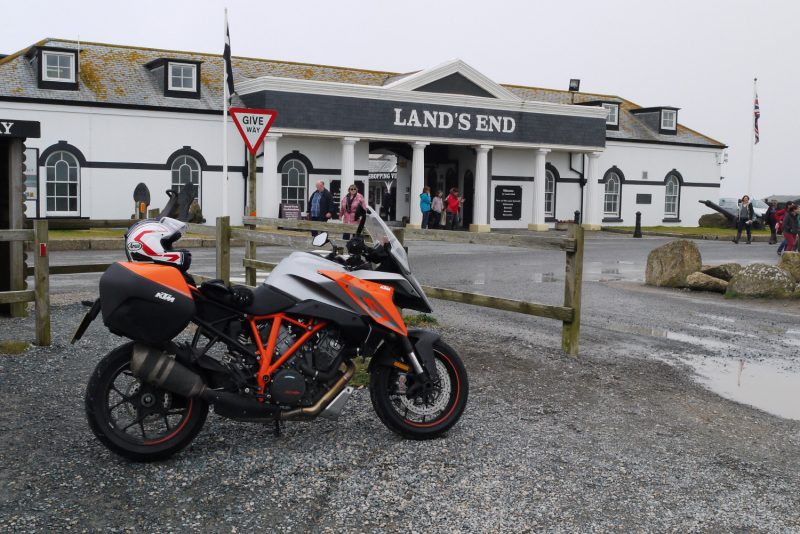