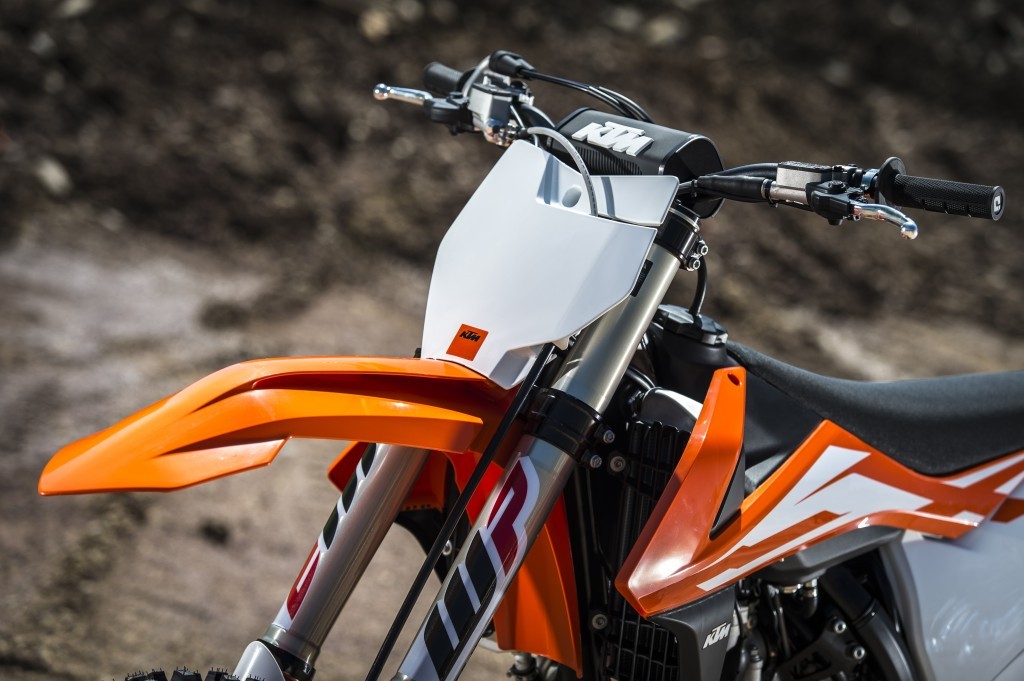 Design on the track

How KISKA are coming up with ways to make life easier when the gate drops.

When was the last time you really looked at a dirt bike? Of all motorcycles on the market a typical SX, for example, is fairly rudimentary: wheels, chassis, suspension, motor, plastics, seat and bars. There might be some superb tricks of technology going on that are invisible to the naked eye but rarely does a Motocrosser seem to push barriers of design. Or does it? KISKA are ingrained in the creation, preservation and evolution of KTM’s DNA and the design squad in Salzburg cast their ideas and wide net of forward-thinking across the orange models that eventually glide off the assembly lines at Mattighofen and in India. Briton Craig Dent helms the team that constantly look to progress. The 33 year old was the force behind the 1290 SUPER DUKE R but has also had a hand in the new 2016 SX range and claims some of the concepts that emerged from their work on the bikes (such as the minimal plastics, sculpted with a supply of clay) is a source of pride for the German-speaking visionary. “Why are KISKA involved with race bikes? The only reason is because we think differently to an engineer,” he claims. “I’m really inspired by Motocross because racing is function-pure. The bike is a ‘tool’.”

When it comes to 2016 SX then there are two details in which KISKA’s influence can be felt and where they have brought a benefit. “A cool example is the front fender,” Dent begins to explain. “It’s an idea we had. In the 1960s/70s the fender used to fill up with mud and wobble around and handling was compromised. If you were carrying around kilos of mud then it would break. In the ‘90s/00 KTM came up with the idea to modify that but it still affected handling.”

“We had the idea to introduce a winged x-brace that created the best, lightest and most effective mud-clearing Motocross fender in the world and that stayed in place until the 2015 range … except that mud would flick into the top part of the ‘X’. We’d have a birdbath and the bikes would still carry mud! This year we looked at it again and the tool to make the part is super-complicated but the fender now has a wide, flat ‘T’ shape and is lighter and stiffer and cleaner still. I believe this is design-thinking – not about style. The funny thing is that it looks so good … and you know it works.” 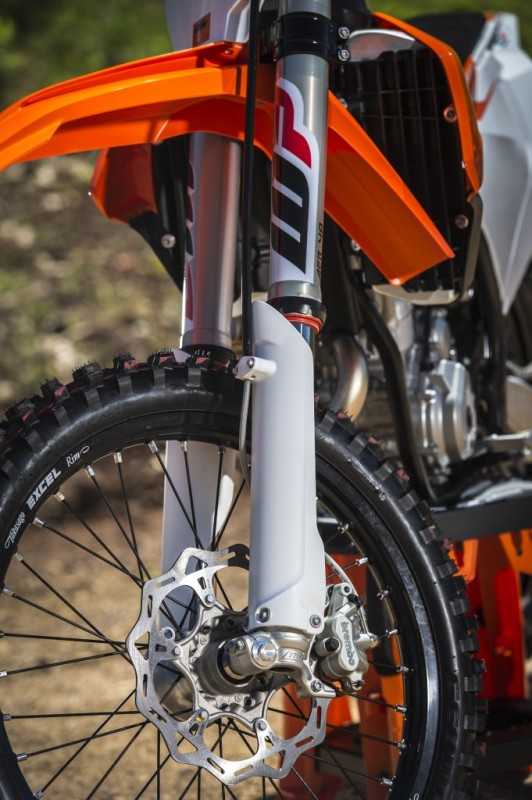 Gaze further up on any SX and another feature can be spotted. This one came from more problem-solving. Dent: “The front number plate on the SX is the same story. A number plate: how boring can it be? It is just a mask right? It is almost a flat piece of plastic, and up until last year it had a protruding piece and a screw to hold the front brake hose; so three parts. Your number looked very cool at the start of a race but by the end the hose had been rubbing on it so much that half the number had gone.”

Cue some manipulation with a piece of paper and the SXs have a practical front ‘face’ unlike any other. “I think KTM said “we’ve got a number plate, can you just come up with a nice new outline?”. We said “yeah” so we did, but at the same time the designer of the bike started playing with the shape and bending the plastic,” Dent reveals. “We came up with the new holder through cardboard mock-ups. It was cut nicely and put on the front of the bike as a prototype. You now have a one-piece front mask that holds the hose with no screws and your number still looks as fresh on the last lap as it did on the first.”

“I think it is a piece that looks incredible, and that’s what design ‘is’ and that is the approach I try to have with every component that we do.” 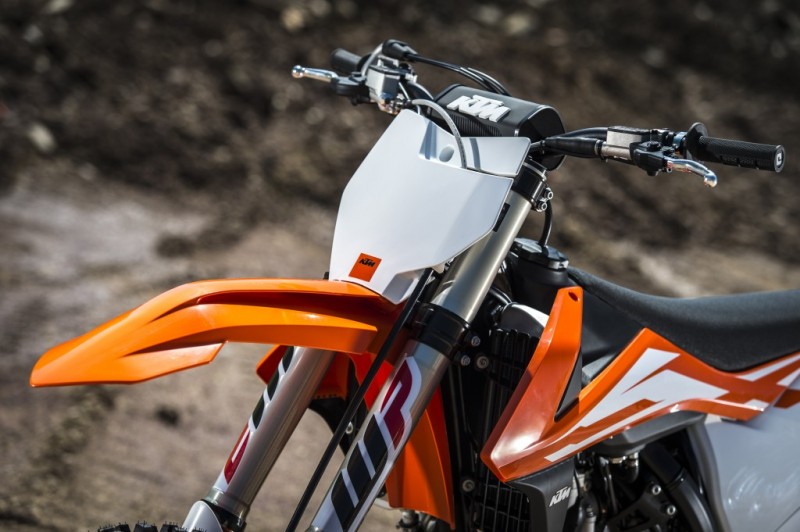 It might be too easy to dismiss an offroad machine as a formulaic compilation of components. Take a closer glance: you might find something that surprises you or an aspect that sprung from some clever minds in a studio flanked by Austrian mountains.

56 Responses to Design on the track